President Trump Says He’s Not Happy That GM Plans To Idle 5 Plants And To Fire 14,000 Workers

We the people have noticed that gasoline prices have declined which is what the republican President Donald J. Trump has wanted and maybe he even negotiated with Saudi Arabia for these lower prices.

The unintended consequence of lower costs to the consumer means that GM is selling more of the gas guzzlers like pick up trucks versus vehicles that are more efficient in the usage of fuel. Then there are the cost pressures as GM costs to build its products have increased by about $1 billion dollars because of President Trump’s imposition of tariffs on imported steel.

On November 26, 2018, Neal E. Boudette and Ian Austen of the New York Times penned the following report, “G.M. to Idle Plants and Cut Thousands of Jobs as Sales Slow”

“General Motors said Monday (11/26/18) that it planned to idle five factories in North America and cut more than 14,000 blue-collar and salaried jobs in a bid to trim costs.”

“The action follows similar job-cutting moves by Ford Motor in the face of slowing sales and a shift in consumer tastes, driven in part by low gasoline prices. And it drew fire from President Trump, who vowed early in his term to increase automaking jobs and brought pressure on the industry not to shift work to Mexico and overseas.”

“Referring to G.M.’s chief executive, Mary T. Barra, he told reporters, “I spoke to her and I stressed the fact that I am not happy with what she did.”

“The five G.M. plants will halt production next year, resulting in the layoff of 3,300 production workers in the United States and about 3,000 in Canada. The company also aims to trim its salaried staff by 8,000.”

“We are taking this action now while the company and the economy are strong to keep ahead of changing market conditions,” Ms. Barra said in a conference call with reporters.” 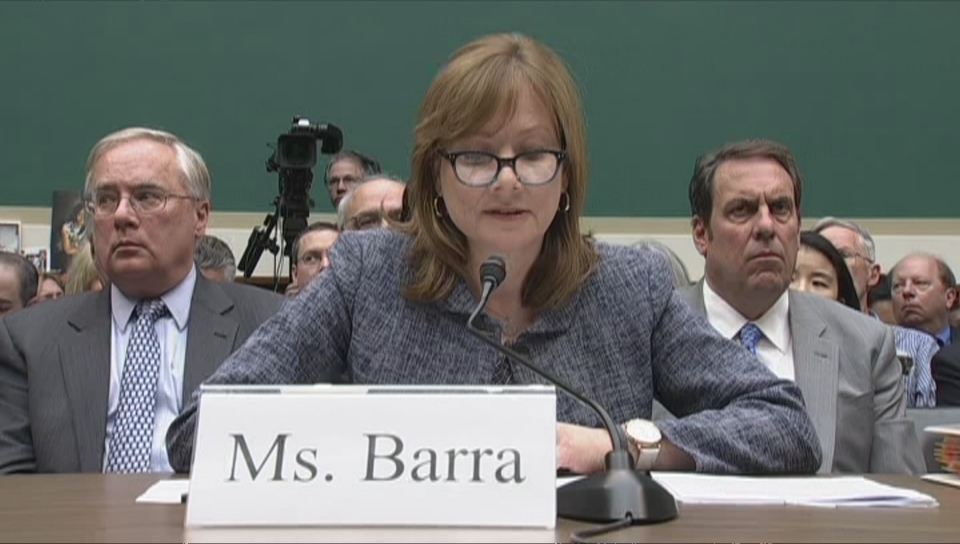 “The plants include three car factories: one in Lordstown, Ohio, that makes the Chevrolet Cruze compact; the Detroit-Hamtramck plant, where the Chevrolet Volt, Buick LaCrosse and Cadillac CT6 are produced; and a plant in Oshawa, Ontario, which primarily makes the Chevrolet Impala. In addition, the company will halt operations at transmission plants in the Baltimore area and in Warren, Mich.”

“Some of the affected plants could resume production, depending on the outcome of contract negotiations with the United Auto Workers union next year.”

“Mr. Trump, in his remarks to reporters, invoked the government’s rescue of G.M. after its bankruptcy filing almost a decade ago. “You know, the United States saved General Motors,” he told reporters, “and for her to take that company out of Ohio is not good. I think she’s going to put something back in soon.”

“The cutbacks also drew protests in Canada. Within an hour of G.M.’s announcement, workers walked out of the Oshawa plant into a driving rain. Waving red flags and clad in ponchos bearing the logo of their union, Unifor, they began blockading truck entrances.”

“Prime Minister Justin Trudeau said he had expressed his “deep disappointment” about the closing to Ms. Barra. He added that the government is looking at measures to help jobless G.M. workers “get back on their feet.”

“But investors welcomed the news, sending the company’s shares up almost 5 percent, to their highest level since July.” 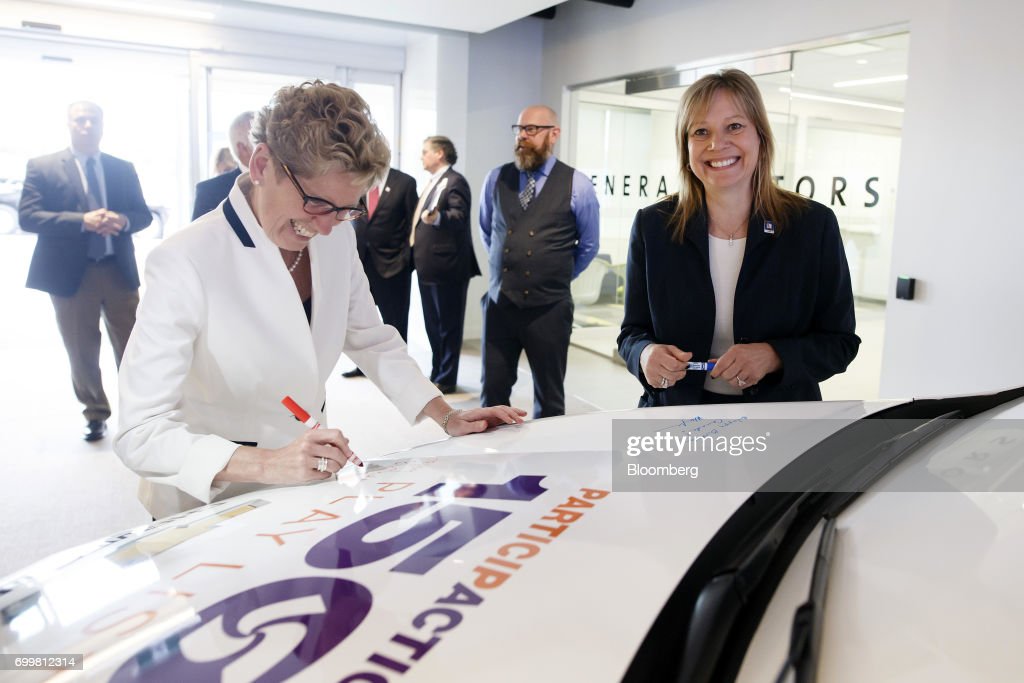 “For the last several years, as gas prices have remained low, consumers have gravitated toward bigger, roomier vehicles like pickup trucks and sport-utility vehicles. Demand for small and midsize cars has plunged. Earlier this year, Ford said it would stop making sedans for the North American market and announced cuts in its work force.”

“The companies have also paid a price for the tariff battle that Mr. Trump set in motion. In June G.M. slashed its profit outlook for the year because tariffs on steel were driving up its costs. The company does not import a great deal of steel into the United States, but the increased demand for domestic steel has raised prices.”

“Ms. Barra said G.M. would set aside up to $2 billion in cash to pay for the job reductions, and take noncash charges against its pretax earnings of about $1.8 billion. The charges will affect earnings in the fourth quarter of 2018 and the first quarter of 2019.”

“The U.A.W. is preparing to negotiate new contracts with G.M., Ford and Fiat Chrysler next year. In recent years, the union has agreed to concessions in exchange for promises by the manufacturers to keep plants open.”

“The union said G.M.’s move on Monday “will not go unchallenged.” Closing American plants while expanding production in China and Mexico is “profoundly damaging to our American work force,” said the union vice president in charge of negotiations with G.M., Terry Dittes.” 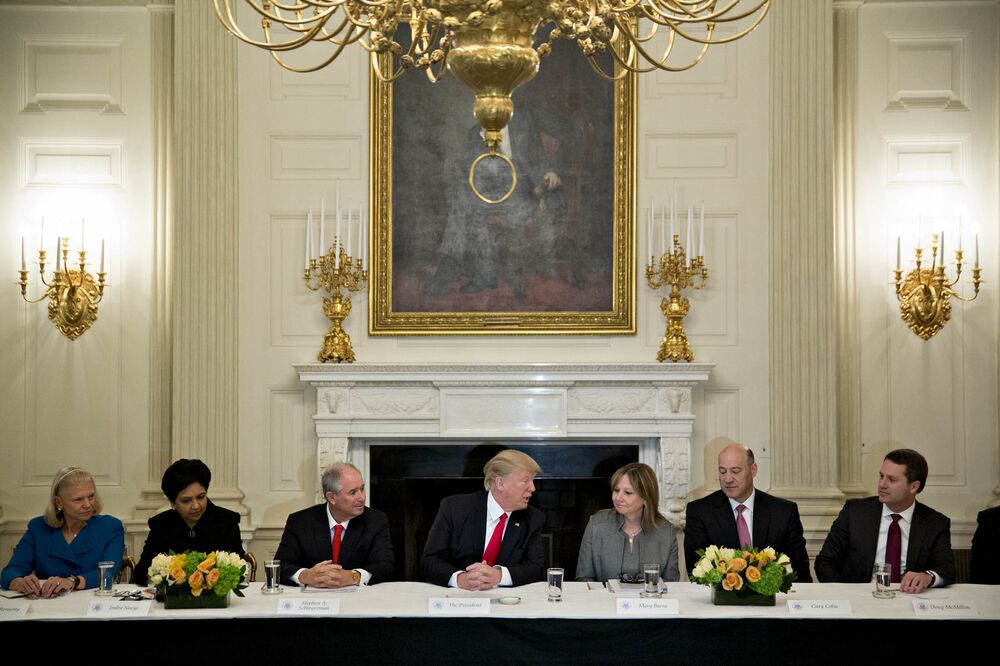 “About 970,000 Americans worked in the United States auto industry in October, an increase of 12,800 since Mr. Trump took office in January 2017. Most of that growth, however, came in one corner of the industry, manufacturers of recreational vehicles and trailers. Makers of auto parts have added about 2,000 jobs during that time. But through October, automakers like G.M. had cut about 7,000 jobs under Mr. Trump, government figures show. (Those numbers don’t include the hundreds of thousands of workers employed by auto dealers, repair shops and related industries.)”

“The cutbacks in Canada were particularly sensitive because of politics, labor relations and history.”

“G.M. Canada is headquartered in Oshawa, an industrial town east of Toronto, where it was founded in 1907 by a wagon maker who licensed Chevrolet designs. Before a series of cutbacks started in the 1980s, its factories and engineering centers in Oshawa employed upward of 40,000 people.”

“G.M. was the largest vehicle producer in Canada until it was eclipsed by Toyota last year. An overwhelming majority of cars and trucks made in that country are exported to the United States.”