I have long been blogging that the republican President Donald Trump and his campaign/ administration team members had out sized financial connections to other countries like Saudi Arabia, UAE and Israel. It looks like the FBI’s Special Counsel Robert Mueller who’ has been leading the Trump-Russia probe, concurs.

On December 13, 2018, Erin Banco of the Daily Beast penned the following report, “Get Ready for Mueller’s Phase Two: The Middle East Connection” (“The ‘Russia investigation’ is set to go global. In court filings due to drop in 2019, prosecutors will unveil Middle Eastern countries’ attempts to influence U.S. politics.”)

“Over the past year, the indictments, convictions, and guilty pleas have largely been connected, in one way or another, to Russia. But now, special counsel Robert Mueller’s office is preparing to reveal to the public a different side of his investigation. In court filings that are set to drop in early 2019, prosecutors will begin to unveil Middle Eastern countries’ attempts to influence American politics, three sources familiar with this side of the probe told The Daily Beast.”

“In other words, the “Russia investigation” is set to go global.”

“While one part of the Mueller team has indicted Russian spies and troll-masters, another cadre has been spending its time focusing on how Middle Eastern countries pushed cash to Washington politicos in an attempt to sway policy under President Trump’s administration. Various witnesses affiliated with the Trump campaign have been questioned about their conversations with deeply connected individuals from the United Arab Emirates, Saudi Arabia, and Israel, according to people familiar with the probe. Topics in those meetings ranged from the use of social-media manipulation to help install Trump in the White House to the overthrow of the regime in Iran.”

“Now, according to those same sources, the Special Counsel’s Office is ready to outline what cooperating witnesses have told them about foreigners’ plans to help Trump win the presidency. Two sources with knowledge of the probe said Mueller’s team has for months discussed the possibility of issuing new charges on this side of the investigation.” 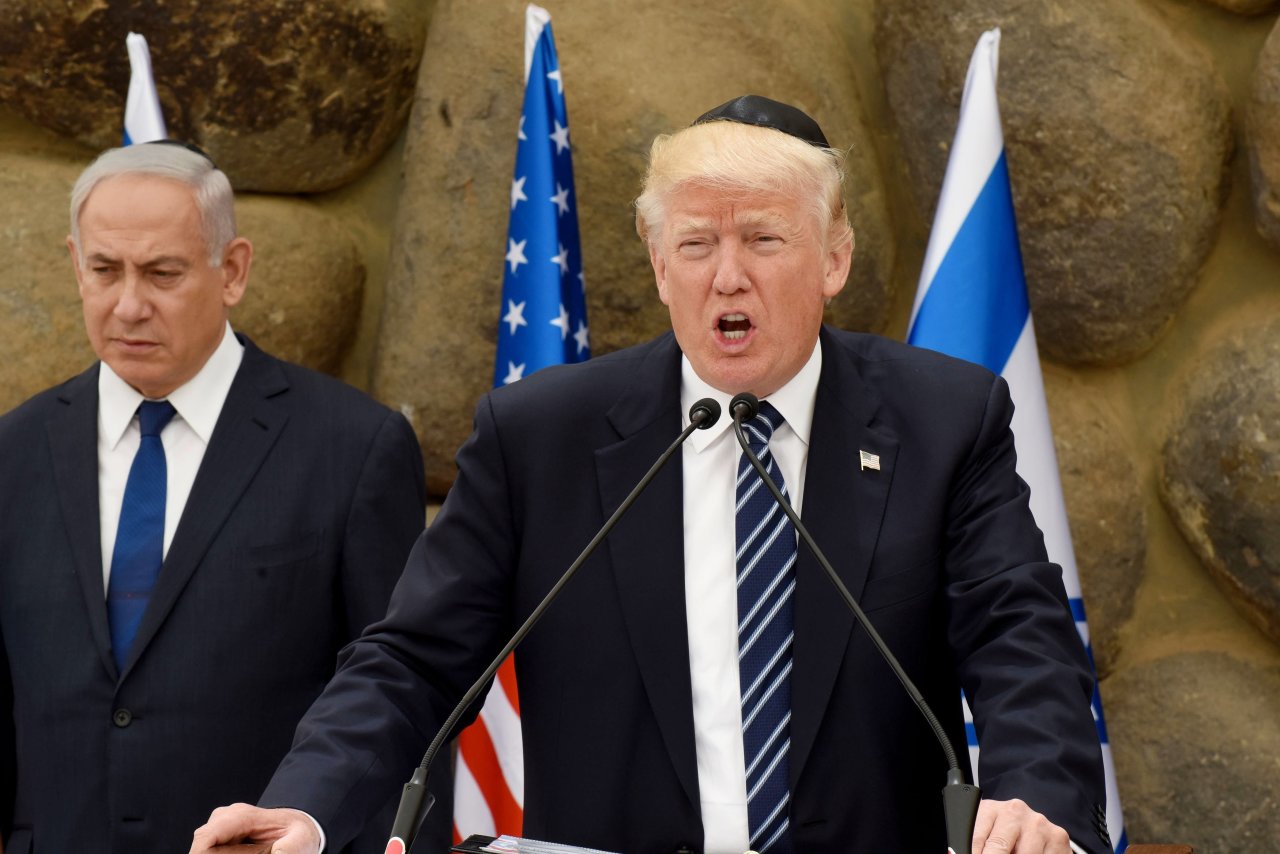 “If this is going to be unveiled, this would be like the surfacing of the submarine but on the other plank which we haven’t seen,” said Harry Litman, a former U.S. attorney. “I guess what Mueller has to date has turned out to be pretty rich and detailed and more than we anticipated. This could turn out to be a rich part of the overall story.”

“The switch in focus comes as Mueller winds down cooperation with former National Security Adviser Michael Flynn, who participated in 19 interviews with the special counsel’s team. In often-heavily redacted court documents made public over the last two weeks, the Special Counsel’s Office hinted at ways in which Flynn helped with its investigation into links between Trumpworld figures and the Russian government.”

“But Flynn was also involved in conversations with representatives and influential individuals from other foreign governments, including the UAE, Saudi Arabia, and Israel—encounters The Daily Beast has reported over the last several months. Flynn’s cooperation with Mueller could bring new details about the scope of the special counsel’s probe into how individuals from those countries offered not only to help Trump win the presidential election, but also how they sought to influence foreign policy in the early days of the administration.”

“Hussein Ibish, senior resident scholar at the Arab Gulf States Institute, said “but governments deal with all kinds of people all the time. It might be possible to question the wisdom of some of these connections, but not really possible to impugn the right of a government to deal with shadowy dealers in influence and access.”

“Still, the Special Counsel’s Office has taken a keen interest this year in practices that were once considered business-as-usual in Washington. Republican operative Sam Patten pleaded guilty to the rarer-than-rare charge of “causing foreign money to be paid to the 2016-17 Presidential Inaugural Committee.” Former campaign chairman Paul Manafort and Flynn were both charged with not disclosing parts of their businesses under the Foreign Agents Registration Act—the first indictments of this nature in more than half a century.”

It’s unclear exactly how, if at all, this side of Mueller’s probe overlaps with his mandate from the Department of Justice to investigate links and coordination between the Russian government and individuals associated with the Trump campaign.

“Mueller’s office has been investigating several meetings attended by George Nader, a Lebanese-American businessman and emissary to the UAE. Nader helped arrange the now-infamous meeting between Trump associate and Blackwater founder Erik Prince and Kirill Dmitriev, the head of one of Russia’s sovereign wealth funds—and he also acted somewhat as a go-between with representatives from Gulf state governments, at least one well-connected Israeli, and the Trump team.”

“In one August 2016 meeting, first reported by The New York Times and later confirmed by The Daily Beast, Nader told the room that the crown princes of both Saudi Arabia and the UAE were eager to help Trump win the election. Also ready to lend his services was Joel Zamel, a self-styled Mark Zuckerberg of the national-security world with deep ties to Israeli intelligence. Zamel had already been in close contact with the Trump team because one of his companies, Psy Group, had drawn up a plan to use social-media manipulation to help Trump clinch the Republican nomination. The company sent former senior campaign aide Rick Gates that proposal.”

“But the connections between Trumpworld and Psy Group in 2016 were more extensive than previously reported, as The Daily Beast noted in November. Over the past year, Mueller’s team has interviewed a host of employees from Psy Group because of its connection to the Trump camp.” 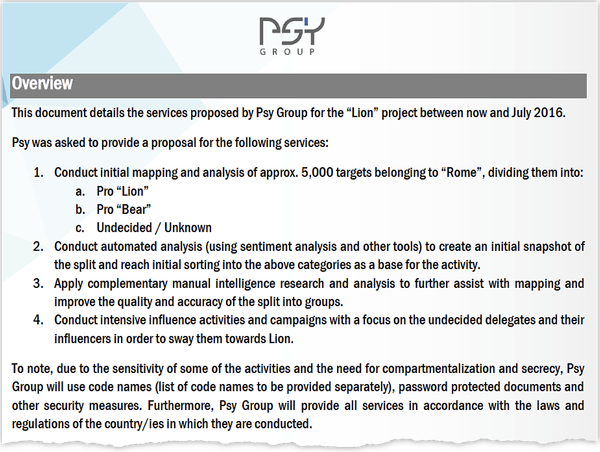 “Zamel remained close to the Trump team throughout the election and into the transition. He had been introduced to Nader years earlier by John Hannah, a former aide to Dick Cheney who now works as a senior counselor at the Foundation for Defense of Democracies, a right-leaning think tank. Hannah has also been in the sights of the Special Counsel’s Office.” 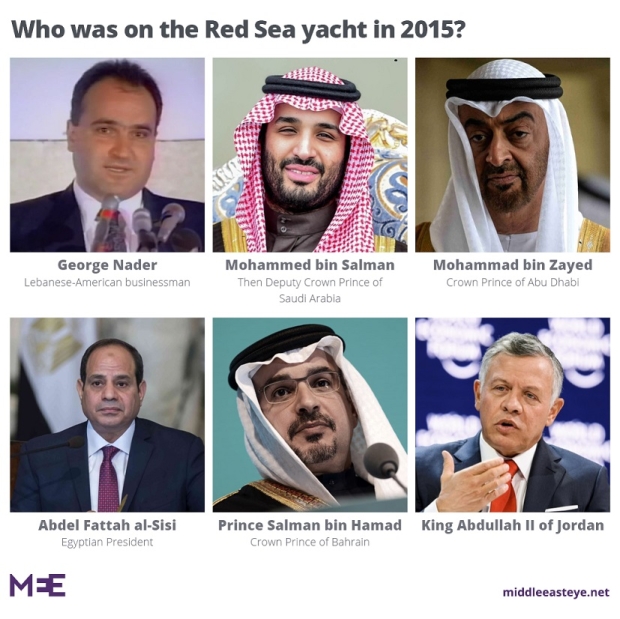 “Zamel popped back into the mix in the transition period after the election and further offered services, this time for crafting a plan for regime change in Iran. The Daily Beast was the first to report the meeting, which included Nader, Flynn, and a Saudi general, Ahmed al-Assiri. During this time, Nader was also promoting a plan to carry out economic sabotage against Tehran. The meeting appears to be part of Saudi and Emirati efforts to lobby the incoming Trump administration against Qatar and Iran, their top regional competitors. The New York Times reported this year that Nader worked with Republican fundraiser Elliott Broidy to urge the White House to take an aggressive stance against the 2 countries.”