President Trump has been Ordered To Dissolve His Donald J Trump Foundation On 12/18/18.

Why is it no surprise that the republican Donald Trump couldn’t stop himself from cheating others, even when it came to the supposedly charitable foundation in his name, ‘”The Donald J. Trump Foundation?’ The New York attorney general had filed a lawsuit in June 2018, alleging that the Trump family had been using the charity for self-dealing and political gain.

The foundation had been under the cloud of an investigation as early as 2013 by the NY attorney general’s office, regarding the misuse of this foundation monies. This is what cheap looks like. Buying a $7.00 fee for Boy Scout’s membership for one’s son out of the foundation funds. Now I suspect why Melania is still married to him. She must have signed the prenuptial agreement from Hell when she married him. But there has to be grounds for her to contest it.

As per Wikipedia, “During the 2016 presidential election campaign the foundation’s activities came under intense media scrutiny, initially by the Washington Post‘s David Fahrenthold, who went on to win the 2017 Pulitzer Prize for National Reporting for his investigatory work. The foundation and its directors have since been accused of committing various ethical and legal violations, including self-dealing. In December 2016, Trump effectively closed the foundation, although New York State officials immediately blocked its legal dissolution pending completion of its then ongoing investigation.”

“On June 14, 2018, New York Attorney General Barbara Underwood filed a lawsuit against the foundation, Trump himself, and Trump’s three adult children, Ivanka, Eric, and Donald Jr., alleging “persistently illegal conduct” with respect to foundation money, accusing them of engaging in campaign finance violations, using foundation money in their self-interest (“self-dealing”), and illegally coordinating donations with Donald Trump’s presidential campaign. She asked the court for an order dissolving the charity and imposing $2.8 million in restitution and penalties. She also made referrals to the Federal Election Commission and the IRS.”

“On June 18 New York Governor Andrew Cuomo‘s office announced that the governor would refer the civil case to New York’s Department of Taxation and Finance if it is requested to do so by the Attorney General’s office. The Attorney General’s office is not legally allowed to make the referral.  Given the violations alleged in the civil case, some experts believe a tax investigation could lead to state criminal charges filed against Trump.”

“On December 18, 2018, Underwood announced that the foundation had agreed to shut down and distribute its remaining assets to court-approved charities, although lawsuits against the foundation and its directors would continue.”

On December 18, 2018, Shane Goldmacher of the New York Times penned the following report, “Trump Foundation to Close Amid Lawsuit Accusing It of ‘Willful Self-Dealing’

“The Donald J. Trump Foundation will close and give away all its remaining funds in response to a lawsuit filed by the New York attorney general’s office, which had accused the Trump family of using the charity for self-dealing and political gain, the office announced on Tuesday (12/18/18).”

“The attorney general, Barbara Underwood, accused the foundation of “a shocking pattern of illegality” that was “willful and repeated” and included unlawfully coordinating with Mr. Trump’s 2016 presidential campaign.”

“This amounted to the Trump Foundation functioning as little more than a checkbook to serve Mr. Trump’s business and political interests,” Ms. Underwood said.”

“The closure of the foundation is a milestone in the investigation. But the broader lawsuit, which also seeks millions in restitution and penalties and a bar on President Trump and his three oldest children from serving on the boards of other New York charities, is proceeding.”

“What assets remain after penalties will be directed to charities that must be approved by the attorney general’s office, and the process will be subject to judicial supervision. Ms. Underwood and a lawyer for the foundation signed the stipulation agreeing to the dissolution.” 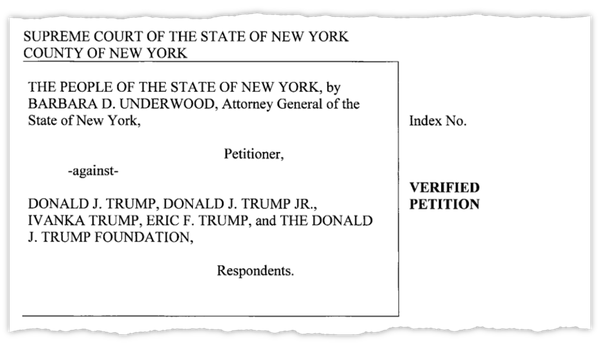 “This is an important victory for the rule of law, making clear that there is one set of rules for everyone,” Ms. Underwood said. “We’ll continue to move our suit forward to ensure that the Trump Foundation and its directors are held to account for their clear and repeated violations of state and federal law.”

“Mr. Trump had said after the 2016 election that to avoid any appearance of conflict of interest, he would dissolve the foundation following revelations of its financial mismanagement. But the attorney general’s office blocked the president from doing so, amid concerns about the handling of the foundation’s documents and assets.” 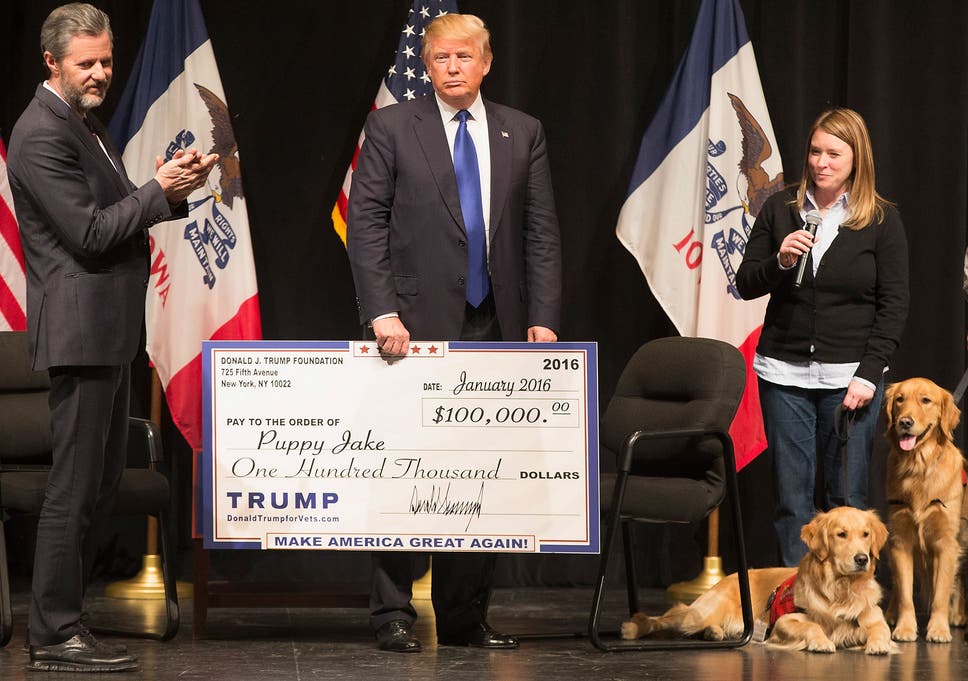 “The investigation of the foundation was begun by Eric T. Schneiderman, the former attorney general, who was an antagonist of Mr. Trump before stepping down amid revelations of sexual misconduct this year.”

“Next month, the ongoing case will fall to the incoming attorney general, Letitia James, a vocal critic of Mr. Trump who said recently that she would “use every area of the law to investigate President Trump and his business transactions and that of his family.”

Ms. Underwood’s office sued the Trump Foundation in June, charging it with “improper and extensive political activity, repeated and willful self-dealing transactions, and failure to follow basic fiduciary obligations or to implement even elementary corporate formalities required by law.”

“Nonprofit foundations are supposed to be devoted to charitable activities, but the attorney general’s office, following a two-year investigation, accused the Trump Foundation of being used to win political favor and even purchase a $10,000 portrait of Mr. Trump that was displayed at one of his golf clubs. The existence of the portrait was first reported by The Washington Post.” Mr. Trump was required to sign annual I.R.S. filings in which he attested that the foundation did not engage in political activity.”

The lawsuit accused the foundation of virtually becoming an arm of the Trump campaign, with its campaign manager, Corey Lewandowski, directing the foundation to make disbursements in Iowa only days before the state held its presidential nominating caucuses.”

“Is there any way we can make some disbursements [from the proceeds of the fund-raiser] this week while in Iowa? Specifically on Saturday,” Mr. Lewandowski wrote to the foundation’s treasurer in an email disclosed in the lawsuit.

“Such charities are also barred from advancing the self-interests of its executives over the charity’s mission, but the attorney general’s office said in a court filing this year that the foundation had entered into a number of “prohibited self-dealing transactions that directly benefited Mr. Trump or entities that he controlled.”

“One of those was revealed by a note in Mr. Trump’s handwriting that said $100,000 of Trump Foundation money should be directed to another charity to settle a legal dispute between the Town of Palm Beach and Mr. Trump’s Mar-a-Lago resort.”

“The attorney general’s office is seeking for the Trump Foundation to pay $2.8 million in restitution, which is the amount raised for the foundation at an Iowa fund-raiser in 2016 that Mr. Trump held on the day that he avoided attending a debate with his Republican rivals. The foundation reported $1.7 million in assets in 2017 to the Internal Revenue Service.”

“Last month, a New York state judge ruled that the lawsuit could proceed, even as Mr. Trump’s lawyers had argued that the court did not have jurisdiction over Mr. Trump, as president, and that the statute of limitations had passed on some of the issues.”

Mr. Futerfas had said in a statement then that “all of the money raised by the Foundation went to charitable causes” and that “we remain confident in the ultimate outcome of these proceedings.

“I won’t settle this case!” Mr. Trump posted on Twitter in June, accusing “the sleazy New York Democrats” of targeting him.

The sleazy New York Democrats, and their now disgraced (and run out of town) A.G. Eric Schneiderman, are doing everything they can to sue me on a foundation that took in $18,800,000 and gave out to charity more money than it took in, $19,200,000. I won’t settle this case!…

Link to entire report: Trump Foundation to Close Amid Lawsuit Accusing It of ‘Willful Self  Dealing …