No one should be surprised that the republican President Donald Trump’s administration is guilty of using a 2017 formal government report by the US Department of Justice (DOJ)  to distort data to slime Muslims and immigrants. But what’s remarkable is that his administration has come close to admitting to this reality. 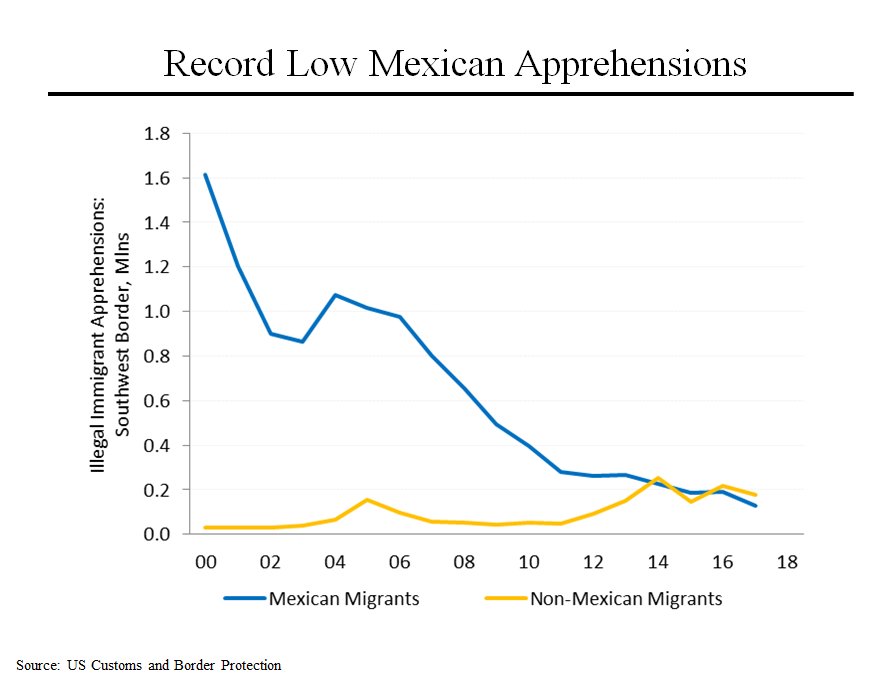 On January 7, 2019, Benjamin Wittes of Lawfare penned the following report, “Case Closed: The Justice Department Won’t Stand Behind its Report on Immigrants and Terrorism”

“Don’t look now, but the United States Department of Justice just came perilously close to admitting that it engaged in disinformation about immigrants and terrorism in a formal government report.”

“I say perilously close, because the department did not quite admit it; in fact, the letter sent to a group of people, including me, who had raised concerns about a report the Justice Department published last January, announces that the department has concluded that “the Report should not be withdrawn or corrected.”

“But the letter, sent to us by Deputy Assistant Attorney General Michael H. Allen, also concedes that “the Report could be criticized by some readers, consistent with some of the concerns presented,” and promises that the department will follow the “principles” of an obscure law known as the Information Quality Act better “in issuing future reports … to better present such information to the public.” This is about as close as the Trump administration is going to get to admitting that it used a formal government report to distort data to slime Muslims and immigrants.”

UNITED STATES – FEBRUARY 28: President Donald Trump deliver his address to a joint session of Congress on Tuesday, Feb. 28, 2017. (Photo By Bill Clark/CQ Roll Call)””Let’s back up and consider the whole story in context.”

“It all began in February 2017, when President Trump told this lie during his first  address to a joint session of Congress: “according to data provided by the DOJ, the vast majority of individuals convicted of terrorism and terrorism-related offenses since 9/11 came here from outside of our country.”“As I later wrote, with Nora Ellingsen and Lisa Daniels:”

“We were suspicious of this claim, so Ellingsen and Daniels dug into the data. They discovered that the publicly available Justice Department data simply didn’t show that a majority of terrorist or terrorist-related crimes were committed by people who came from abroad. For one thing, this data set does not include domestic terrorism convictions. That is, it does not capture domestic terrorism subjects, who are more likely to be white and natural-born U.S. citizens. Leaving out those convictions is a big mistake. [W]hen Ellingsen and Daniels wrote about President Trump’s executive order, they found that 1,306 defendants had been convicted of domestic terrorism offenses in the U.S. since 1996. That’s more than twice the number of international terrorism convictions during the same period.”

“What’s more, the list included almost 100 foreign-born defendants who were extradited into the US and therefore never would have been affected by U.S. immigration policy. That is, even excluding domestic terrorism cases, it was possible to support the president’s claim only if one counted as foreign-born terrorism suspects people the US had actively imported in order to prosecute for terrorism or terrorism-related crimes.”

“In their original analysis, Ellingsen and Daniels concluded:”

“what would the numbers look like if we excluded extradited subjects while including all of these domestic terrorists—the approach that seems to us the unbiased way to express the real rate at which foreign-born, as opposed to domestic-born, people are committing terrorist or terrorism-related crimes?” “The Justice Department long ago threw Trump under the bus as misrepresenting its data in the specific speech. In response to a Freedom of Information Act request I filed, the department provided correspondence showing, as Ellingsen and I summarized, that,”

“career officials at the Justice Department did not, in fact, support the irresponsible and false statement the president made. Indeed, while they provided [a] list of cases, they specifically warned that the material excluded domestic terrorism matters and could only be used to support generic statements that the Justice Department had prosecuted a lot of cases. And while they worked with FBI to scrape together some national origin information, they did so only with respect to that dataset, and the FBI specifically warned that it might not be accurate.”

“What’s more, last summer, the Justice Department followed up with a letter to me saying that it did not even have records reflecting the number of domestic terrorism prosecutions:”

“Yet even as this litigation was taking place, last January, the department—along with the Department of Homeland Security (DHS)—produced the report at issue in the current letter. That report stopped short of Trump’s outright falsehoods, by avoiding the use of the term “terrorism” in a fashion that included only international terrorism and excluded the much larger category of domestic terrorism. Yet the report still contained gross distortions. As Ellingsen, Daniels and I summarized at the time:”

“The Justice Department didn’t publish the data underlying its report but, instead, indicated that the department reviewed the cases of 549 individuals who were convicted of international terrorism-related charges in U.S. federal courts between Sept. 11, 2001, and Dec. 31, 2016. The National Security Division previously released the list of terrorism-related convictions between Sept. 11, 2001, and Dec. 31, 2015, in response to a FOIA request, but an updated list was not attached to this report. Note that the defendants on this list were not all convicted on material support or other terrorism charges per se.”

“The new report actually adds little new information to the discussion. Regarding terrorism-related convictions, it provides only a couple of quick and sterile numbers: Of the 549 individuals who were convicted of international terrorism-related charges in U.S. federal courts, the report indicates that 402 of those individuals, or 73 percent, were foreign-born:”

“That’s it. The report adds some color to those numbers by highlighting 8 terrorism cases that it describes as “illustrative examples” of international terrorism convictions and provides short blurbs on each defendant. These defendants come from Sudan, Uzbekistan, India, Somalia, Syria, Yemen and Pakistan and immigrated to the U.S. as early as 1980. As the White House is careful to point out in its press release, 3 of those men entered the U.S. on the basis of family ties and extended-family chain migration. Two others entered through the visa lottery program.”

“In addition, the report indicates that the administration is broadening the scope of its inquiry to include tracking the citizenship status of the parents of 147 natural-born U.S. citizens on its list. A footnote in the report indicates that information is not available at the time of publication, but the White House noted, in response to the report’s issuance, that terrorist attacks have been carried out by children of foreign-born individuals, including the Orlando nightclub and San Bernardino shootings.”

“It was in response to this report that a group of us—Ben Berwick of Protect Democracy, Faiza Patel of the Brennan Center, Michael Crowley, Ellingsen and I—filed a petition under an obscure statute called the Information Quality Act to have the report corrected or withdrawn. Two other groups, Democracy Forward and Muslim Advocates, filed a similar petition and have received a similar response from the Justice Department.”

“Let me confess at the outset that when Berwick approached me about the idea of an IQA petition, I was skeptical. I agreed to be part of it because Protect Democracy was representing me in all of the FOIA litigation described above, Berwick clearly wanted to give this a try, and I thought the petition might be a way of establishing a strong factual record of how the Trump administration was abusing data. I was very wrong. The results are astonishing.”

BREAKING NEWS: Despite claims from the White House of thousands, U.S. Customs and Border Protection encountered only SIX immigrants on the U.S-Mexico border in the first half of fiscal year 2018 who were on the Terrorist Screening Database @JuliaEAinsley w/ @NicolleDWallace