Hypocrisy is the republican President’s Donald Trump raison d’etre.  The president goes on rants as he addresses his supporters about how US companies shouldn’t have its products manufactured abroad to be sold to the American peoples but he has all his products that he sells, made in foreign countries.  He complains about US companies hiring foreign workers instead of Americans when he is guilty of hiring both legal H2B visa foreign personnel and undocumented folks from those sh*thole countries.

Currently, while many US parks are closed to the public and the government employees aren’t being paid because of his directed US government shutdown started on December 22, 2018 with no end in sight, the park workers employed at his Trump International Hotel in Washington DC are working and getting their pay checks.

“Smithsonian museums are closed. There’re no federal staffers to answer tourists’ questions at the Lincoln Memorial. And across the US, national parks are cluttered with trash. Yet despite the federal government shutdown, a historic clock tower at the Trump International Hotel remained open Friday (1/4/19) for its handful of visitors, staffed by green-clad National Park Service rangers.”

“We’re open!” one National Park Service ranger declared around lunchtime, pushing an elevator button for a lone visitor entering the site through a side entrance to ride to the top of the 315-foot-high, nearly 120-year-old clock tower.”

“The Trump administration appears to have gone out of its way to keep the attraction in the federally owned building that houses the Trump hotel open and staffed with National Park Service rangers, even as other federal agencies shut all but the most essential services.”

“Amanda Osborn, a spokeswoman for the General Services Administration, which owns the building and leases it to the Trump Organization, said in an email that the shutdown exemption for the comparatively little-known clock tower was “unrelated to the facility’s tenant” — the Trump business. The agency says the law that put it in charge of the site obligates it to keep it open, even as federal Washington closes around it.” 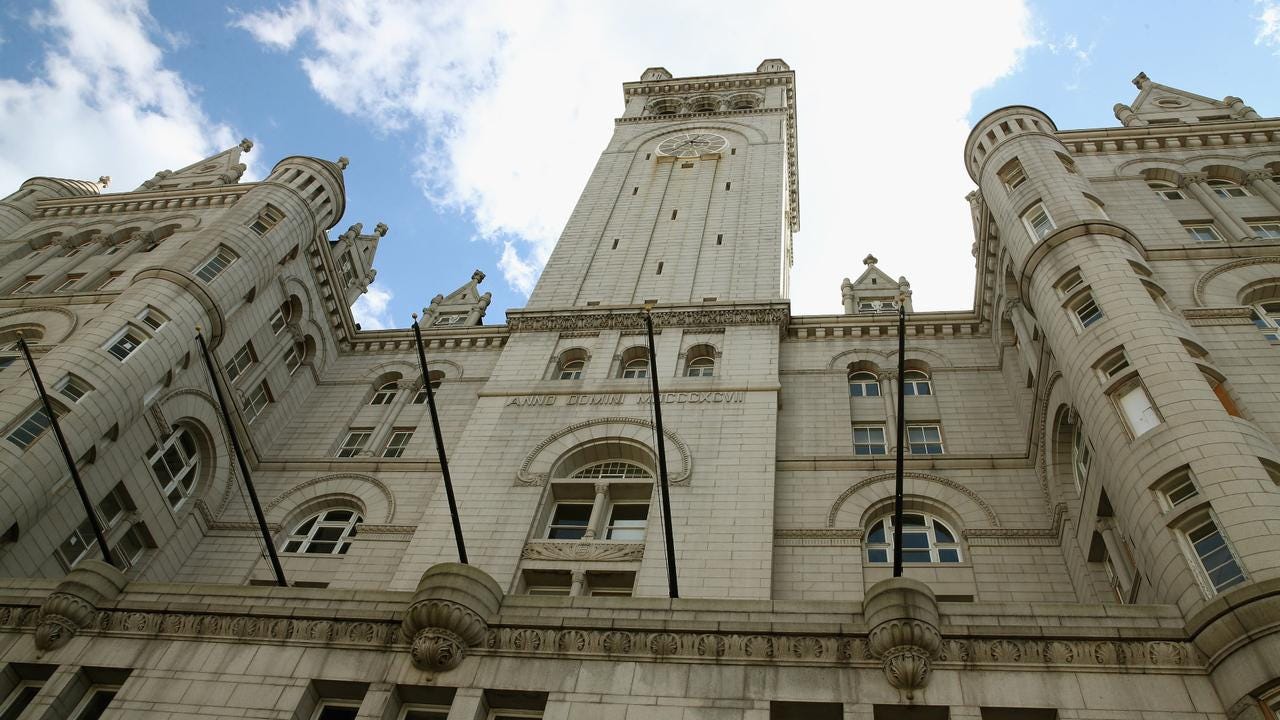 “But the scene at the modest historic site at the Trump hotel building, where rangers often outnumber visitors, marked the latest episode in which Trump’s business interests have overlapped with the work of the federal government, creating at least the appearance of a conflict of interest.”

“A watchdog group, and frustrated tourists, questioned why a shutdown that had furloughed hundreds of thousands of workers and crippled many agencies was exempting a site within the Trump family’s business empire. The shutdown began Dec. 22, born out of an impasse between congressional Democrats and President Donald Trump over funding for a southern border wall.” 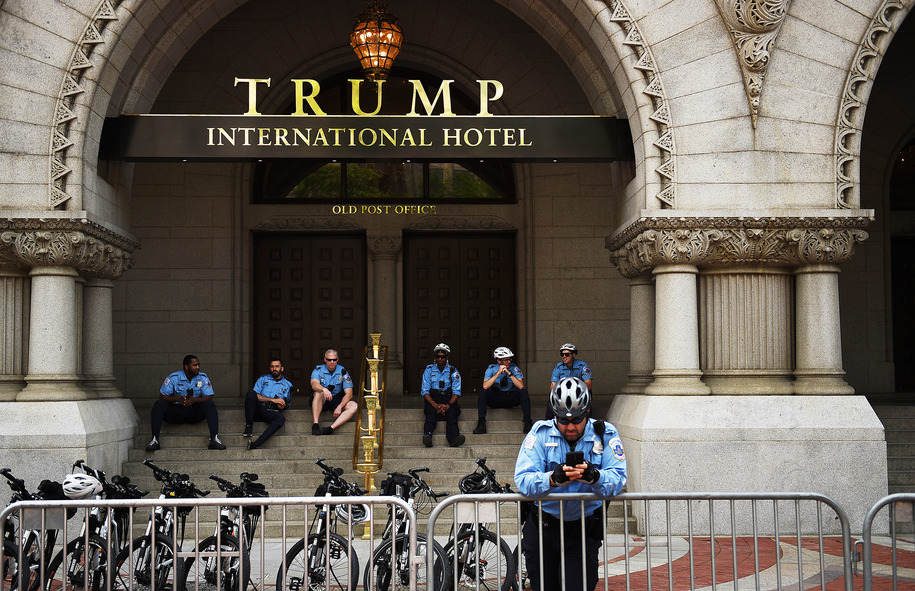 “Shutdown plans at the Interior Department, which includes the park service, mandated idling all but the most essential staff.”

“A watchdog group, Citizens for Responsibility and Ethics in Washington, filed a Freedom of Information Act request with the GSA, seeking documents explaining why the tower was open, how it continues to be funded, and any communications between the agency and the Trump Organization, the president’s company. Trump gave up day-to-day management of the firm in 2017 but continues to receive earnings from its operations.”