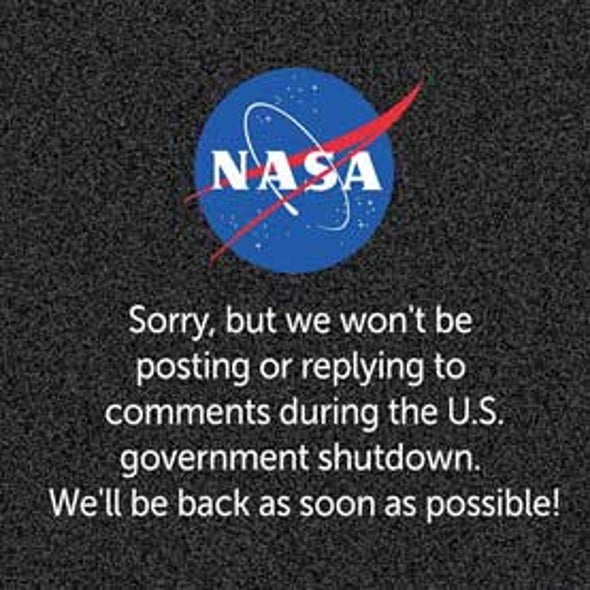 It had to happen. President Donald Trump just couldn’t stand being the lucky beneficiary of a growing economy which has now been put at jeopardy, thanks to his idea of forcing a partial government shutdown starting on the 22nd December with no end in sight to force the US Congress to allocate additional funding of $5.7 billion dollars to pay for 200 hundred out of his original request for an 800 mile wall at US SW border.

When the president was talking about taking this very same action in 2017, the cooler heads around him where able to prevent the president from acting on this impulse. But the president has gotten rid of all these naysayers, and so he is now free to do whatever he pleases to do, including as per recent news report, withdrawing the US membership from NATO. 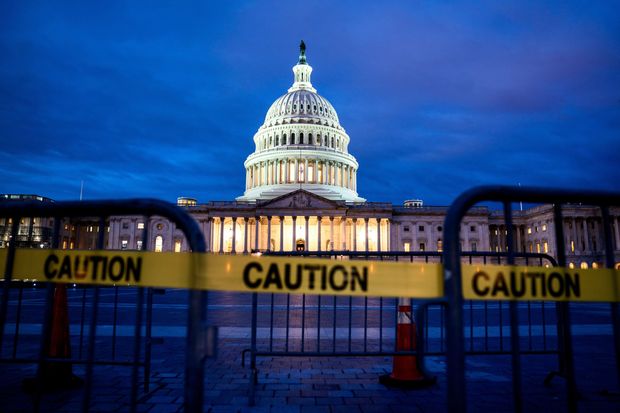 President Trump figured out that after most republicans with the majority control of both houses in the US Congress had resisted budgeting more than $1.6 billion dollars for his wall during the past two years, that he could now force the new Democratic majority in the US House of Representatives as of the 3rd of January 2019, to give into his demands  for $5.7 billion dollars if he subjected the country to a partial government shutdown despite the pain this would cause to 800,000 public servants who would have to forgo their paychecks or have them delayed.

In addition, he was convinced that this political tactic would benefit him by consolidating his anti-immigration hardliners of his base of voters, plus there was the possibility that he could shift the blame for the shutdown onto the democrats who now had the majority of seats in the US House, causing them some grief.

As per a 1/15/19 New York Times report by Jim Tankersley, “The partial government shutdown is inflicting far greater damage on the United States economy than previously estimated, the White House acknowledged on Tuesday, as President Trump’s economists doubled projections of how much economic growth is being lost each week the standoff with Democrats continues.”

“The revised estimates from the Council of Economic Advisers show that the shutdown, now in its fourth week, is beginning to have real economic consequences. The analysis, and other projections from outside the White House, suggests that the shutdown has already weighed significantly on growth and could ultimately push the United States economy into a contraction.”

Link to the entire NYT report:  Shutdown’s Economic Damage Starts to Pile Up, Threatening an End to Growth…

For those mega corporate donors who think that limiting government is a good thing to where they approve of this shutdown, they may not be pleased with the resulting negative financial pain that they are poised to experience.

The government  shutdown causing harm to the US economy was a foreseeable consequence because the effects extend way beyond those who work for the government.

“As per the Guardian report, “An estimated 800,000 federal workers have missed at least one and in many cases two paychecks, creating an alarming number of personal crises in the form of missed rent, car or mortgage payments; spoiled credit ratings; lapsed insurance policies; healthcare and childcare conflicts; and in some cases food emergencies”.

“Affected households are mostly on the lower end of the middle-class spectrum, with average take-home pay of about $500 per employee, according to the largest labor union of federal employees. The pinch is keenly felt by African Americans, who fill the ranks of federal employees at proportions greater than their share of the overall population.”

“Transportation Security Administration employees are among those whose work is deemed essential, meaning they must continue to report for work – without pay. Coincidentally, TSA employees have been calling in sick in unprecedented numbers, the New York Times reported, creating crippling airport backups. The TSA is reportedly “beginning to close some security checkpoints”.

“Once through security, the air traveler’s shutdown-related woes are not over. Federal Aviation Administration employees also are required to work without pay, adding stress to the overstretched network of air traffic controllers. Federal aviation safety inspections have ended, the Miami Herald reported, leading furloughed safety inspectors to warn about a possible safety gap.”

“Pollution inspectors with the Environmental Protection Agency have stopped working, and many routine activities such as checks on regulated businesses, clean-ups of toxic superfund sites and the pursuit of criminal polluters have been paused since 28 December. More than 13,000 employees at the EPA are not at work, with just 794 deemed essential staff undertaking the agency’s duties.”

“Millions of Americans who depend on federally subsidized housing run the risk of eviction. Funding for major programs such as Section 8 vouchers, which serves an estimated 5 million Americans in 2.2m households, has lapsed.”

“Important health programs have lapsed. The Food and Drug Administration has suspended key functions such as routine facility inspections, food recalls and reviews of new pharmaceuticals. A key program for health services for Native Americans has lapsed.”

“While some national parks and monuments have closed, others have remained open with reduced staff, only to witness vandalism, delayed emergency responses and an overflow of trash. Joshua Tree National Park closed earlier this week after officials announced the vandalism of its distinctive namesake plants and other maintenance and sanitation problems.”

No zoo, no art

“All branches of the Smithsonian – 17 museums and galleries in Washington DC, the National Zoo, and two museums in New York City – are closed. That includes destination tourism sites such as the African American Museum, the Air and Space Musuem and the National History Museum.”

“Among the federal employees working without pay are secret service agents, whose responsibilities include protecting the president; federal prison corrections officers; and agents with the Federal Bureau of Investigation. The head of the FBI labor union said the shutdown endangered national security and could make it harder to recruit and retain agents, and could also cause delays at the FBI lab and in getting or renewing security clearances.”

“Farmers reeling from Trump’s trade war with China are further endangered by the shutdown. Emergency federal aide to compensate mainly for a sharp drop in soybean prices has been suspended, while crucial end-of-year agricultural data will not be released on schedule, creating uncertainty in planning.”

“The shutdown has postponed court hearings for thousands of immigrants, potentially meaning years more of waiting for people asking for asylum in the US and helping others stave off deportation, thus “adding to the very delays the Trump administration has railed against”, the Associated Press has noted.”

“Scientists working in major federal agencies including the National Oceanic and Atmospheric Administration, the National Aeronautics and Space Administration and the National Weather Service have had to suspend research work and have not been able to attend conferences. The National Science Foundation has suspended reviews of grant proposals.” 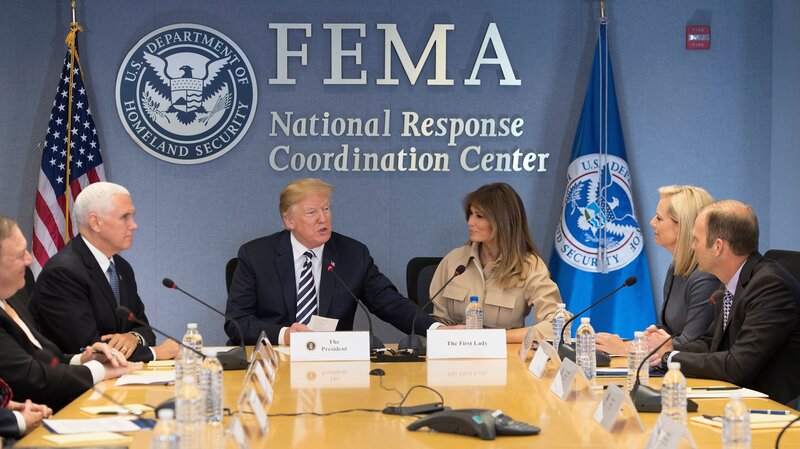 “The Federal Emergency Management Agency, which helps with emergency response and rebuilding efforts after major natural disasters, has not been able to pay contractors.”

“The largest federal food aid program – the Supplemental Nutrition Assistance Program, or Snap – which helps to feed about 40 million Americans, is due to run out of cash by the end of January, the New York Times reported. A food assistance program serving about 7 million women, infants and children, known as WIC, is suspended.”

“The negative economic impact from the shutdown goes beyond the crippling uncertainty felt by global markets. The Security and Exchange Commission has stopped reviewing loan approval applications for public companies, the federal reserve may be hampered by a data shortage and economists warn that economic growth is threatened.”

“Both the Federal Housing Administration and Department of Veterans Affairs offer federally subsidized home loans – or they used to. The shutdown has stalled that loan activity, potentially affecting thousands of borrowers. The Navy Federal Credit Union is offering no-interest loans, meanwhile.” 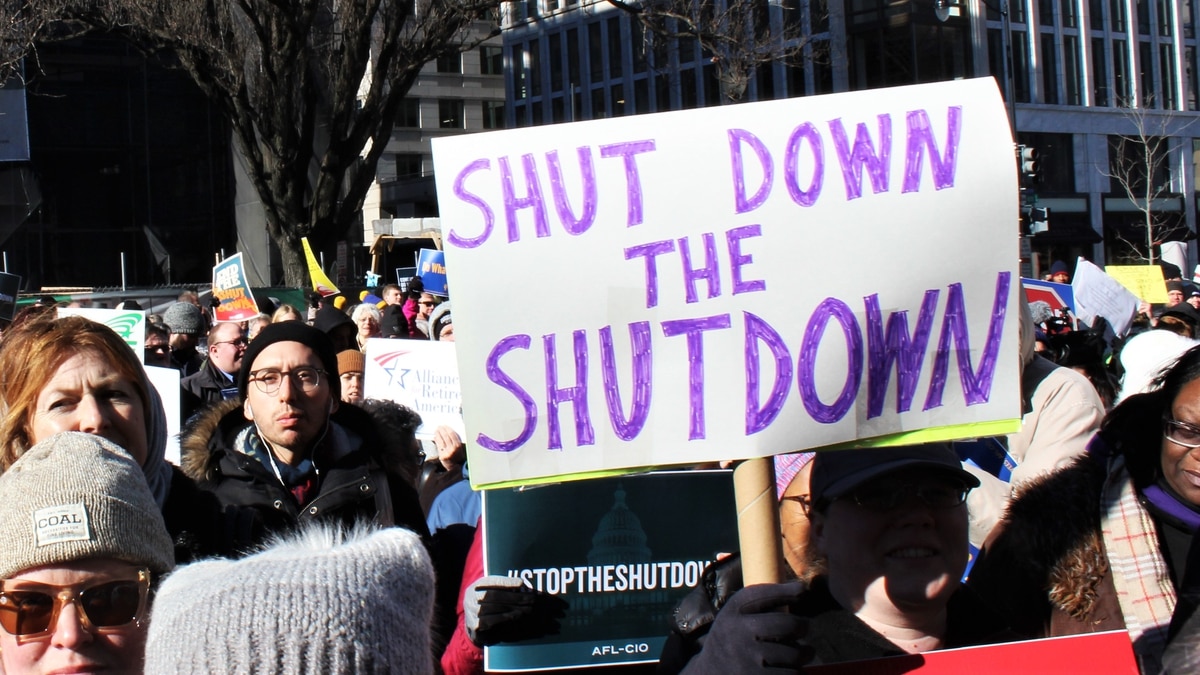 “The justice department has requested delays in responding to civil litigation including, for example, a challenge brought by Senate Democrats to the legitimacy of acting attorney general Matt Whitaker.”

“Telecom companies have warned that a Federal Communications Commission shutdown of its device approval process has threatened the rollout of 5G phone service. The FCC has also taken down databases including the Electronic Comment Filing System and Universal Licensing System.”

“The Alcohol and Tobacco Tax and Trade Bureau receives a whopping 3,000 applications every week for approval for new alcohol labels, which must comply with alcohol content and serving size listing requirements, according to NPR. Those applications currently sit neglected.”