On the evening of the 16th of January 2019, I was watching a CNN TV News show when a one of the guests, a supporter of the president argued about how tough President Trump has been on Russia. I threw a book at my TV as the host never challenged the guest as he spouted this GOP  talking point, which is an outright lie.

In truth President Trump has tried to roll back, impede, and blunt the sanctions against Russia, whenever possible. Why do you think GOP lawmakers in the US Congress joined Democrats to pass a July 2017 veto proof bill blocking the president from unilaterally taking any action on these sanctions without prior US congressional approval?

The president’s supporter referred to the 60 Russian diplomats that the president kicked out of the US, in response to Russian operatives having poisoned 2 ex-pats living in the UK. But in real time, there were ample news reports describing how the president had flown into a rage when he learned that the staffers had matched the total amount of expulsions of the entire EU, as opposed to his instructions to match an individual country’s number. Then the next day, he threw the US United Nations Ambassador Nikki Haley under the bus by nixing her announcement that the US had intended to impose additional sanctions.

This same guest referred to how the president allowed the US to ship weapons to Ukraine to protect itself from Russian aggressive tactics. But he omitted the part which was covered by news outlets, that in exchange for these weapons, Ukrainian officials chose not to share certain information with the FBI’s Special Counsel Robert Mueller III who has been leading the Trump-Russia probe.

A former US Russian Ambassador from 2012-2014, Michael McFaul must have also been appalled at the GOP pundits resorting to this same ole GOP talking point, about President Trump being very tough on Russia, when this characterization couldn’t be further from the truth, that he penned the below op-ed piece.

On January 16, 2019, Michael McFaul of the Washington Post penned the following report, “Sorry, but Trump is not ‘tough on Russia’

“To defend himself from accusations of collusion or collaboration with Russian government officials during the 2016 presidential election and after, President Trump recently repeated a familiar claim: “I have been FAR tougher on Russia than Obama, Bush or Clinton. Maybe tougher than any other President.”

“His statement might have been closer to the truth if he had referred to his administration rather than himself. The Trump administration has a tough policy on Russia, one that I mostly support. But Trump himself does not. For the past 2 years, he has consistently made it clear that he does not support his own administration’s policy toward Russia.”

“The Trump administration’s National Security Strategy states very bluntly that “China and Russia challenge American power, influence, and interests, attempting to erode American security and prosperity.” Trump, however, has never expressed support for this approach. He has said the exact opposite, suggesting time and time again that he wants to be Russian President Vladimir Putin’s friend, and that “getting along with Russia is a good thing, not a bad thing.”

“After Putin invaded Ukraine and annexed Crimea in 2014, the Obama administration increased military spending in Europe and pushed for several enhancements of NATO capabilities, including new troop deployments closer to Russian borders. The Trump administration has supported and expanded this policy. As candidate and president, however, Trump has persistently berated, criticized and undermined NATO. Most recently, we have learned that Trump has even threatened to withdraw from the alliance. Even reports of these threats are a gift to Putin, since they undermine the credibility on which its deterrent effect depends.”

“The Trump administration rightly has continued the Obama policy of sanctioning Russian officials and companies in response to Putin’s belligerent behavior. Trump, however, has never expressed support for these sanctions. When he signed into law Countering America’s Adversaries Through Sanctions Act (CAATSA), he made clear his disdain for the law. And then out of the blue, the Trump team has called for the lifting of sanctions on the companies controlled by Oleg Deripaska, even though Putin has not changed his belligerent behavior at all.” 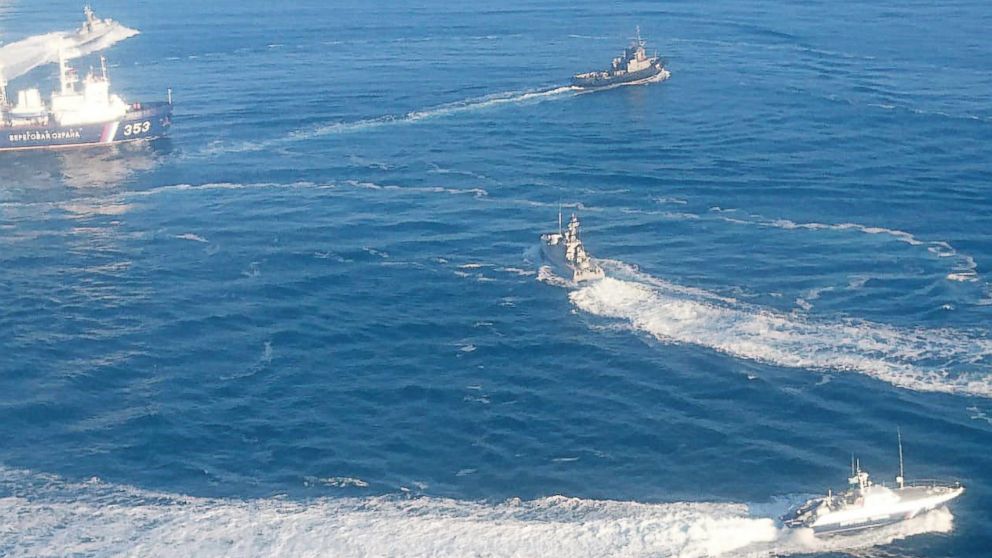 “In November 2018, Putin detained two dozen Ukrainian sailors in international waters. The Trump administration has rightly criticized this criminal act. Trump has said very little: “Not good. Not happy about it at all … we do not like what’s happening either way.” “Either way”? As if the Ukrainians share fault for this crime? To date, the president has taken no public action to help secure the sailors’ release.”

“The Trump administration seeks to contain Russian influence in the Middle East and place maximum pressure on Russia’s most important ally in the region, Iran. Trump, however, just announced his desire to withdraw American soldiers and equipment from Syria, exactly what Putin and his Iranian allies seek.”

“Both the American intelligence community and special counsel Robert S. Mueller III’s investigation have released ample evidence that the Russian government violated U.S. sovereignty during the 2016 presidential election. Senior administration officials have endorsed these assessments; Trump has not. When offered the perfect opportunity to demonstrate toughness on this issue with Putin at his side at a news conference in Helsinki after their summit last summer, Trump did the exact opposite, explaining, “I have great confidence in my intelligence people, but I will tell you that President Putin was extremely strong and powerful in his denial today.” He added: “President Putin says it’s not Russia. I don’t see any reason why it would be.”

“At that same summit, Putin told a crazy fairy tale to Trump, and then to the world, about how a dozen former U.S. government officials allegedly had helped to launder money from Russia and then transfer some of these funds to the Clinton campaign. Putin then asked Trump for the opportunity to interrogate these alleged criminals. (Putin included me among them.) Trump called the idea an “incredible offer.”

“Trump administration officials have occasionally — though not as often as they should — criticized repressive Putin policies inside Russia. Trump himself has never said a word about the importance of defending human rights in Russia. Not one word. On the contrary, he has repeatedly assigned moral equivalency between how the United States behaves around the world and how Russia behaves. When pressed to criticize Putin, Trump lambasted the United States, saying, “We’ve got a lot of killers. What do you think, our country’s so innocent?”

“Even on small issues of little relevance to American national interests, Trump sides with Putin. Why is Trump defending the Soviet Union’s invasion of Afghanistan? Why is Trump expressing fear that the Montenegrins might spark World War III? These are Putin lines. Why is the president echoing them?”

“I cannot remember a policy — be it toward Russia or any other country — in which there was such a wide gap between a presidential administration and the president himself. It’s unprecedented. The important question, therefore, is not which U.S. president has been tougher on Russia, but why our current president has gone to such great lengths to distance himself from his own government’s Russia policy.”

See: Max Boot: Here are 18 reasons Trump could be a Russian asset