Here’s the reality for those who say, just make a deal! That thinking only works if all parties are seriously seeking to cut a deal. But if one of the major players wants to curtail the possibility of arriving at a consensus for other motivations, this makes deal making unrealistic.

This is the situation that the Democratic House Speaker Nancy Pelosi finds herself facing. She has  ascertained not only that President Donald Trump never had any intention of cutting a deal with Democrats that was a true negotiation beyond succumbing to his hard-line stance, “It’s my way or the highway,” but that US senators are being blocked from voting on any legislation designed to end the government shutdown without the president’s prior approval by their leader, Senator Mitch McConnell.

To make matters worse, the tenuousness of this shutdown is exacerbated as President Trump with his GOP staffers, White House acting chief of staff Mick Mulvaney, the White House budget director Russell T. Vought, along with US House GOP  “Freedom Caucus” leaders Reps. Mark Meadows and Jim Jordan, who are all small government zealots and who’re convinced that the government shutdown’s continuation, is a plus towards reaching their objective of a smaller government. To add salt to injury, these small government advocates are most likely being amply rewarded by like-minded corporate donors as this government shutdown continues.

Realistically, how does Speaker Pelosi deal under this set of circumstances. Why do you think that the then US House Minority Leader Nancy Pelosi cut short the 3 day government shutdown in January 2018 over the president reneging on a deal to protect DACA dreamers (young peoples who came to US with undocumented parents but who had known no other country) from possible deportation.  What she figured out, was that the president wanted this shutdown. She had to make a tough call, but she did.

“We the People” are well aware that going back to the years of 2017 and 2018, that most of the GOP members (3 out of 4) in the US congress were singing a different sour tune about the efficacy of the presidents US SW border wall than from the tune they’re singing today in January 2019. As the GOP lawmakers continue to support the president’s government shutdown, harming hard working public servants who were forced to forego their paychecks or have them delayed, remember that those past 2017-2018 GOP lawmakers’ comments regarding the wall will become fodder for future campaign Ads.

See: There Are Corporate Donors In Favor Of Small Government Who Are Cheering Gov Shutdown

In a September 2017 USA Today Network survey,  “three Republicans — Sen. Jeff Flake of Arizona and Reps. Steve Pearce of New Mexico and Will Hurd of Texas — said they oppose the $1.6 billion expenditure to begin building the wall.”

President Trump had calculated, that after most republicans while in majority control of both houses in the US Congress in 2017 and 2018, had resisted budgeting for more than $1.6 billion dollars for his wall, that he could now force the new Democratic majority in the US House of Representatives, to give into his demands  for $5.7 billion dollars for 200 miles of a wall if he subjected the country to a partial government shutdown, despite the pain that would be inflicted on 800,000 public servants who would have to forgo their paychecks or have them delayed.

In addition, he was convinced that this tactic would benefit him by consolidating the anti-immigration hardliners of his base, plus he was counting on  a repeat scenario of the January 2018/ 3 day weekend government shutdown, were he had more success in shifting the blame for the shutdown onto the democrats.

I like most Americans have been losing sleep worrying over this 2019 government shutdown lasting too long, as millions of Americans suffer irreparable harm, not just to themselves, their families, business owners who cater to federal government employees but to the US economy. This is so wrong on so many levels.

Is there any way out of this that allows Speaker Pelosi to be a US heroine while giving President Trump what he wants? If she gives into the president’s current demands, the American peoples would be at risk/ subject to more shutdowns whenever there was a GOP budget or some other crisis. 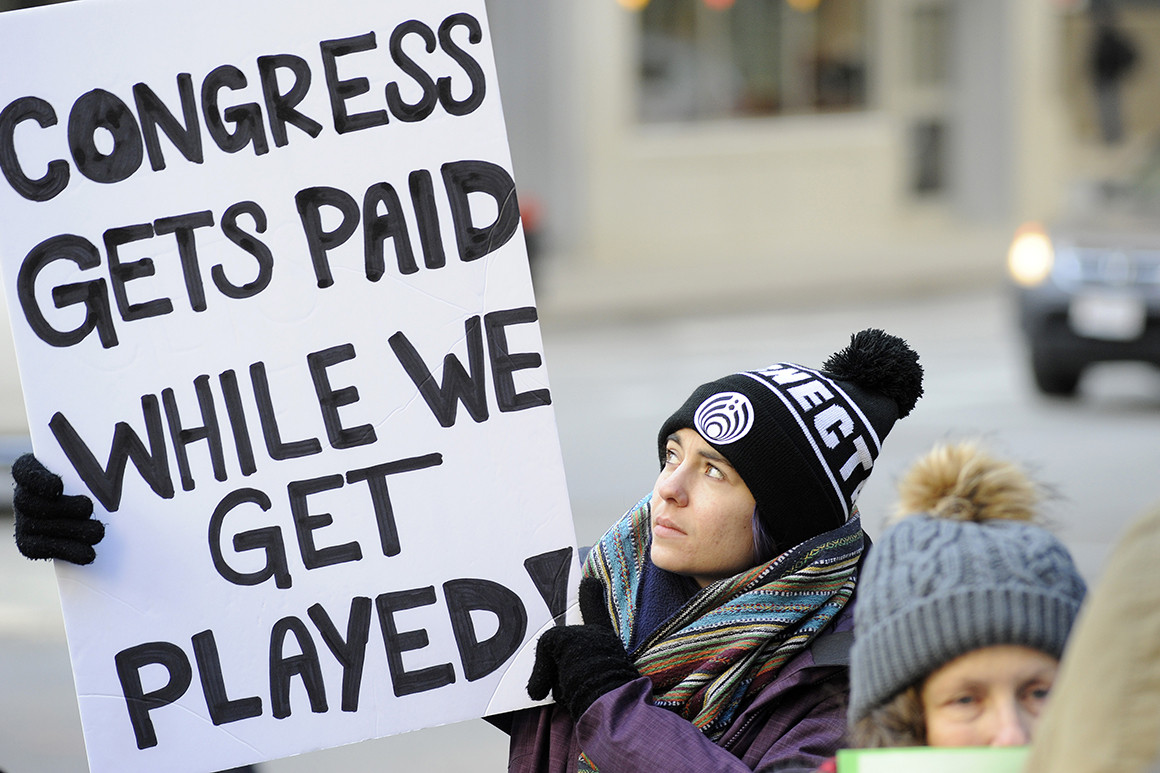 There’s one one idea that I heard about on “Morning Joe.” What if Speaker Pelosi just gave the president his 5 billion dollars but only after legislation has been passed that bars future government shutdowns as per the current US Senate drafted law by 9 senators?

Speaker Pelosi could also fight for funds to compensate government contractors which wouldn’t be compensated, otherwise, without assistance plus she could push for a bonus for those Americans who had their pay, delayed.