This is a shout out to all those who have taken the time to call/ make contact/ email/ visit/ protest and did whatever they could think of to get our US lawmakers’ attentions, that we wanted this US government shutdown ended immediately, that was started on a whim by the Republican President Donald Trump on the 22nd of December 2018 and which has been finally ended on the 25th of January 2019.

Thank you to the business leaders who kept up the pressure on our legislators and the White House as it became obvious, for example, that air travel was becoming less safe. The press really got out there to share the stories of how those 800,000 public servants were experiencing the pain over having their paychecks delayed for a month along with the million plus government contracted workers who had to forego any pay. We watched the lines for peoples to get a free meal, to visit food banks, as if we were watching a third world country.

More than anything, President Trump, with his cabinet members and the US Congressional GOP lawmakers sent a message of how they really felt about hard working, good, decent average Americans, which wasn’t a positive one.

It’s safe to say that none of us ever want to see a repeat of a government shutdown over a political dispute, again, as there is nothing which justifies putting US government workers through the living hell that they have just endured for the past 35 days.

It seems like the pressure that was placed on our US politicians did have an effect to where there are quite a few looking to enact legislation to permanently ban future government shutdowns. The Democratic Party House Speaker Nancy Pelosi is one of them who could be leading the charge for the drafting of a law to end the possibility of future shutdowns.

See: 5 lingering effects of the longest government shutdown in US history/ Business Insider

On January 25, 2019, Sam Stein of the Daily Beast penned the following report, “Pelosi Embraces Legislation To Effectively Prevent Future Government Shutdowns” (“And she isn’t the only one to do so after the just-completed 35-day shit show.”)

“With America’s longest shutdown ending on Friday (10/25/19(, lawmakers are turning their attention to another dramatic political objective: making sure such episodes can never take place again.”

“In a briefing with reporters and columnists on Friday (1/25/19), House Speaker Nancy Pelosi (D-CA) became the highest official yet to formally embrace legislation that would effectively prevent the government from closing. And she hinted that she may even push a proposal in the near future.”

“[Former Rep. Dale Kildee (D-MI)] had a bill that I’m hoping we might be able to put forward,” Pelosi explained. “And what that bill said is that if you do not, on any appropriations bill, I’m not talking about the omnibus or minibus”—aggregate spending bills— “any appropriations bill that does not get agreed upon within a timely fashion by the date, you automatically go into a CR” — a resolution to keep current spending levels going— “until you do.”

“Were Pelosi the lone figure to embrace such a concept, the chances of it actually materializing into law would be slim. But in the wake of the just-completed shutdown over border wall funding, top Republicans have joined the chorus seeking to pass legislation that would prevent shutdowns from ever happening.” 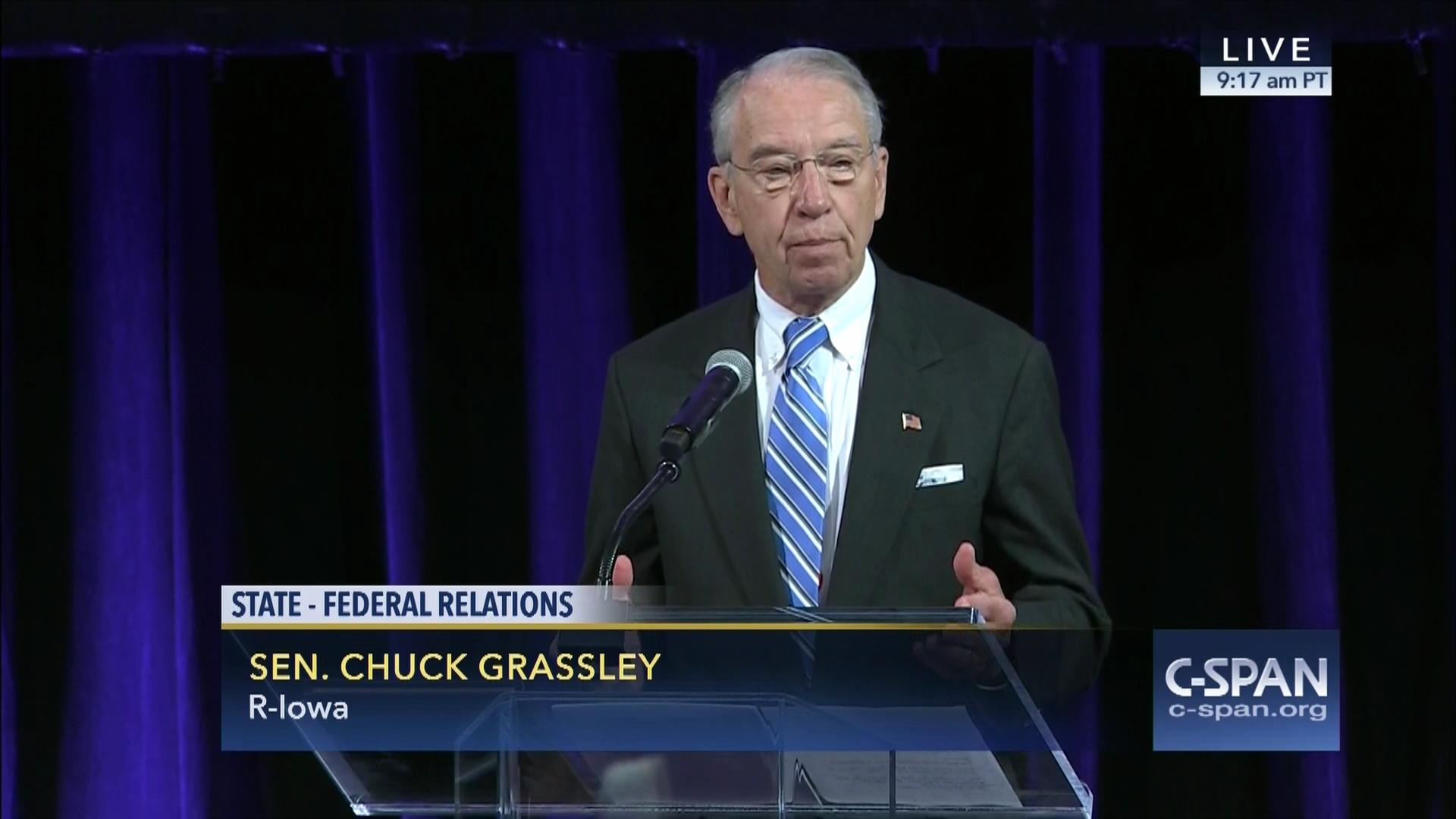 Senator Chuck Grassley (R-IA), the president pro tempore of the Senate, put out a statement on Friday (1/25/19) that included this conspicuous request about the government funding bill that Congress now must reach in three weeks, when the current deal expires: “The final package should also end government shutdowns once and for all.”

“And in the halls of Congress following the announcement of a resolution to the current standoff, longtime Sen. Lamar Alexander (R-TN), who is retiring from office, said “that government shutdowns should be in budget negotiations what chemical weapons are to real warfare…. completely off limits.”

“That so many veteran lawmakers feel so strongly about prohibiting government shutdowns speaks, in part, to the growing harm those shutdowns are inflicting. Since 1976, the government has experienced 22 lapses in funding, ten of which resulted in federal workers being furloughed. But three longest of those furloughs have all taken place since 1995: including a 16 day impasse in 2013 and the just ended 35 day one.”