For the past few days, the Twitter world has been abuzz with how the republican President Donald Trump’s spokesperson Sarah Huckabee Sanders has gone public about her belief that God has chosen Donald Trump to be the US 45th president. The media is missing out on the bigger picture that the White Evangelical Christian rapture believing community as a whole believes that God has chosen President Trump as his tool for these times and that the president’s White House is replete with these members including the US Secretary of State Mike Pompeo. This is important in the context that this community has been a major catalyst for some of the president’s policies.

The White Evangelical rapture believing faction equals about 35% of the president’s cult-like base. Their beliefs include an abhorrence towards abortion rights, LGBTQ rights, the New World Order (NWO)/ international alliances, including the United Nations, global trade pacts, EU, NATO. They also are staunch climate change deniers as they’re convinced that our earth was created for man’s use, and that environmentalism is a form of blasphemy.

It is important to pay attention to how the Evangelical rapture ideology as practiced by key White House officials like the US Secretary of State Mike Pompeo have had an impact on US domestic and foreign policies. The comments by Sarah Huckabee Sanders that President Trump has been chosen by God is only a quick glimpse into a window that leads to a bigger reality of how influential this Evangelical minority has been in today’s politics. 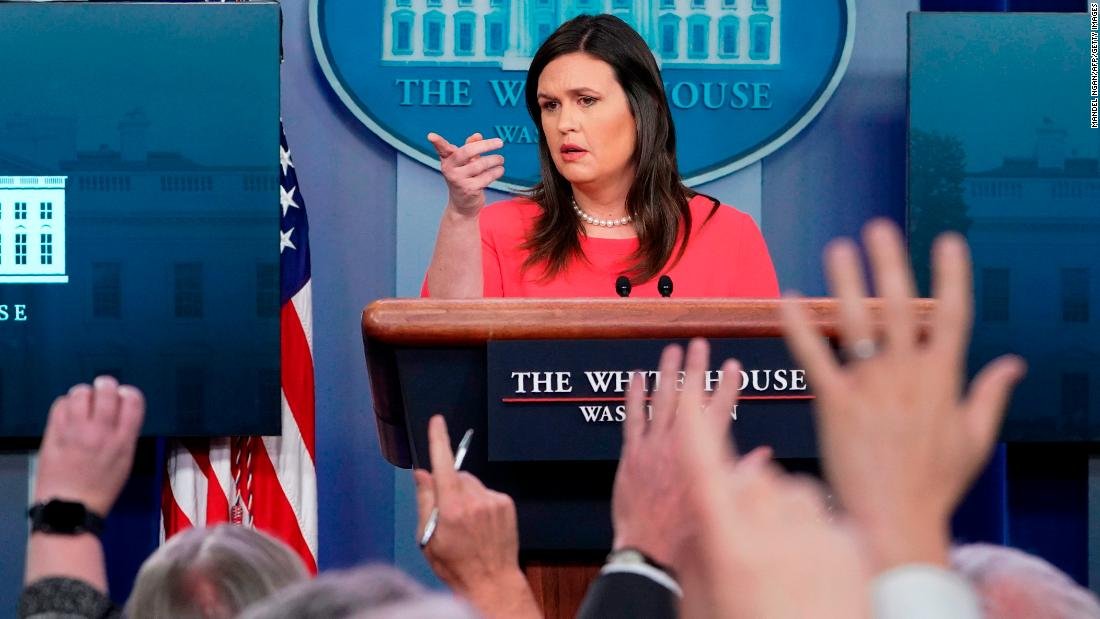 The president has followed through with many of his commitments to these members of his base, like the appointment of conservative justices throughout the federal juridical system and the US Supreme Court.

One recent policy that pleased the Evangelicals has to do with the president’s ban to bar transgender individuals from being able to serve in the US military.

US EMBASSY IN JERUSALEM / GETTY IMAGESOne foreign policy decision that comes to mind, were the president acted, in part, to please Evangelicals’s was his order to move the US embassy from Tel Aviv, Israel to Jerusalem that was a fait accomplis by May 2018.

The US Congressional approval to move the US embassy from Tel Aviv to Jerusalem dates back to 1995. But presidents from both parties resisted  implementing the move, worried it could set off deadly violence and take away a major leverage tool to push for a two state solution between the Israelis and the Palestinians. They did not give into their major donors who had been pressuring them to take action.

I found the following analysis which describes well the influence of these Evangelicals on US politics. Here is the rest of the story…

On May 15, 2018, Heather Timmons of Quatrz penned the following report, “Trump’s foreign policy looks a lot like Rapture Christians’ plan to welcome the apocalypse”

“Presidents Bill Clinton, George Bush, and Barack Obama all faced pressure from wealthy potential campaign donors to recognize Jerusalem as the capital of Israel, but Trump is listening to a voice they were not: evangelical Christians who appear to believe in the “Rapture.” Some, like vice president Mike Pence and secretary of state Mike Pompeo, hold posts inside his cabinet. For Rapture Christians, returning Jerusalem to the Jewish people is a key to the second coming of Christ.”

“Belief in the Rapture, also known as millenarianism or eschatology, has multiple variations, but the core view is that there will an apocalyptic war, Jesus will return, and true Christians will be “raptured” or ascend to heaven, with the rest of the earth’s inhabitants punished. Rapture believers are split about the order of events, but they are united in the belief that only Christians will be saved.”

“Preachers of this scenario include the recently-deceased Billy Graham, mega-church founder Pat Robertson (who says Trump is implementing “God’s plan“) and many lesser-known “end is nigh” prophets around the country.” 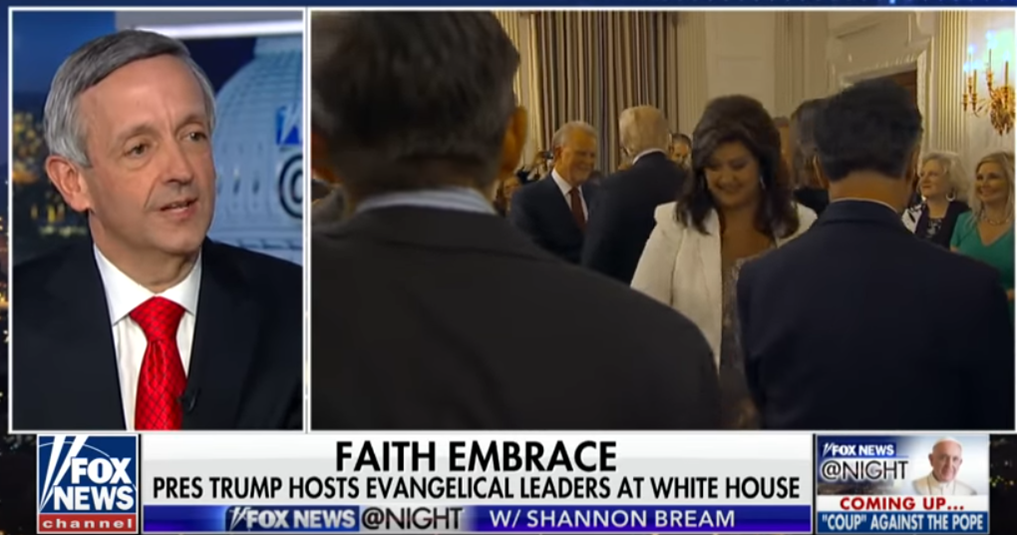 “The bible study group is run by Capitol Ministries, an organization with the stated mission “to teach God’s Word and share the Gospel of Jesus Christ with state legislators, judges, and constitutional officers.” Capitol Ministries supporters include ten members of Trump’s cabinet, including in addition to Pompeo, labor secretary Alex Acosta and housing secretary Ben Carson  according to the Capitol Ministries website. Drollinger, a UCLA basketball player-turned politician-turned-preacher, has also been holding weekly bible study groups with dozens of Congress members since 2010.”

“On May 8, as Trump was pulling the US out of the Iran deal, Capitol Ministries put out its latest study, “The Bible on When War Is Justifiable,” rebutting pacifism. If Jesus calls us to be “peacemakers,” it asks, “then how could a Christian Cabinet Member or Congressman support the idea of going to war?” The answer, Drollinger, explains, is simple: Saint Peter instructs men to  submit “to every human institution” and the Book of Revelations discusses the “righteousness” of a God who “judges and wages war.” 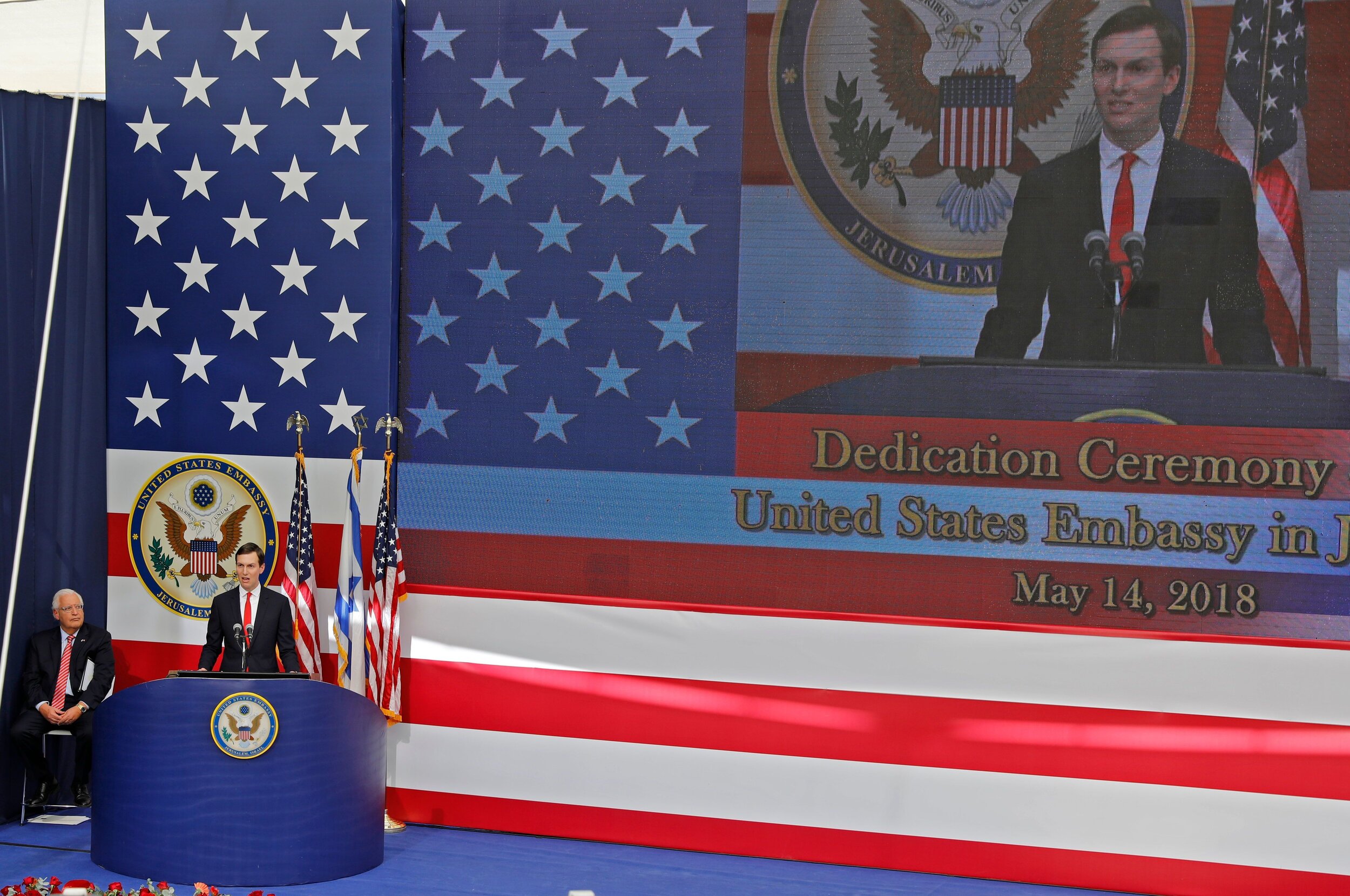 “Some White House officials and supporters have described the Trump administration’s actions in Israel with similar language. ”When we open the American Embassy in Jerusalem, we will in a very real sense end this historic friction, we’ll embrace reality,” vice president Pence said in an interview with the Christian Broadcast Network on May 3. Trump supporter and Fox News host Jeanine Pirro said that the president had fulfilled a biblical prophesy.” 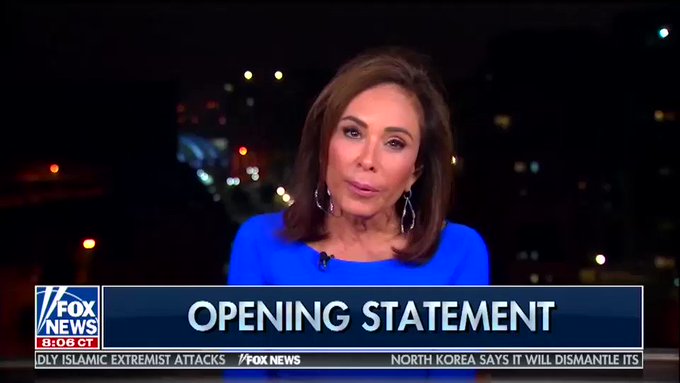 Judge Jeanine: Trump fulfilled biblical prophecy by moving the US Embassy to Jerusalem. 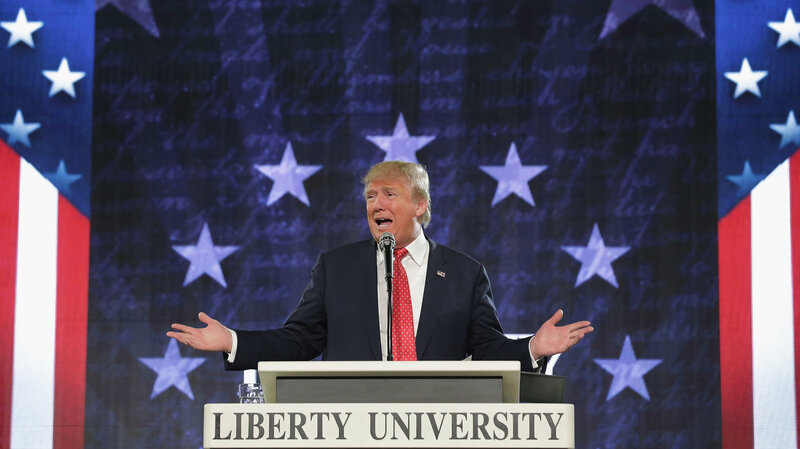 “Critics warn that Rapture-believing evangelicals pose a threat to global peace. “They want to bring on the Kingdom of Christ, and their version is weaponized,” said Mikey Weinstein, the founder of the Military Religious Freedom Foundation, a watchdog group that tracks Christian fundamentalism in the military. “They want to do whatever they can do to bring their version of Jesus back.”

“If you believe in the Rapture, “there are only two groups, the righteous and the unrighteous, or the godly and the ungodly,” said Valarie Ziegler, a professor of religious studies at DePauw University. “Any other religion will be a false religion, by definition.”

“Last January (2018), some Christian leaders in the Middle East refused to meet with Pence when he came to the region, calling his push for the relocation of the Embassy part of a “sick ideology” that perverts Christianity’s message of justice and compassion.”

“Millenarianism rejects both evolutionary science, and the biblical scholarship that reanalyzed the Scriptures as historical documents, rather than the literal word of God. It is remarkably popular. The “Left Behind” series of Christian apocalyptic novels first published in 1995 have sold over 80 million copies. “There are tens of millions of Americans who are part of religious communities who hold a Rapture theology. While it’s impossible to know how committed the individuals are to the ideology, they’re an important voting block, (Carey) said.”

“Rapture theology is not a majority position but it is a powerful enough force to shape elections,” he said. White, evangelical Christians voted overwhelmingly for Trump in 2016.”

“Rapture theologists and historical evangelicals hold several other views that hew closely to Trump administration policies. They believe that earth was created for man’s use, for example, and that environmentalism is a form of blasphemy.”

“In an April 2 Bible study, Drollinger focused on the “huge and dire error” of “radical environmentalism”. He argues that humans are incapable of destroying the earth on their own, because it is up to God to “continually renew the face of the earth until He forms a new heaven and a new earth in the end times.”

“While Trump’s alleged adulterous affairs and irreverent style might make him seem an unlikely vessel for Christian prophesy, he has been compared in evangelical circles to King Cyrus the Great, an ancient Persian king who predicted the Jews’ return to Jerusalem. In March, Benjamin Netanyahu made the comparison, and Pirro did the same on Fox News today.”