I was reading about the very recent woes of the Virginia’s Democratic Patty Governor Ralph Northam where his past dabbles with racism were exposed based on 1984 compromising photos going viral, when I noticed news media reports referencing that Governor Northam is currently overseeing the passage of new less restrictive abortion legislation. Those on the right are describing this less restrictive abortion bill as well as the one which was passed in New York, as Infanticide laws.

Then I noticed the right wing media with probably their Russian bot friends getting on the band wagon to create a moral equivalency regarding Democrats being righteous and judgmental about the immoral, racist behaviors and policies  of the republican President Donald Trump with the Democrats’ willingness to allow for the passing of laws in Virginia and New York, that in their words, permit Infanticide. Then it hit me. It was probably an activist pro-lifer who took the time to do some basic opposition research to locate this 1984 yearbook picture when Governor Northam was a medical student at 25 years of age, dressed as a man in a KKK robe or as a Black caricature. It boggles my imagination as to why GOP operatives hadn’t previously done this basic opposition research, as Virginia is a purple state.

As a cautionary warning, the subject of less restrictive abortion laws which include women’s access to late term abortions. in the States of Virginia and New York, should not have democratic legislators appearing to be celebratory in the process, as it just further exacerbates the culture divide. This procedure is extremely unpopular and controversial with the public, even though there are sound medical reasons to take this action. These procedures are rarely done because the reasons for them are due to extreme circumstances. This fact has been true before and after legislation. When it was barred in New York and Virginia, those requiring medical treatment had to go out of state.

It is disheartening news as Governor Northam has delivered for Democratic Party but it doesn’t change the reality that he has a racist past that required explaining a long time ago. An apology at this stage is a bit late. It is my opinion that he will have to eventually step down but for now, he has gone on the record stating that he has no intention of resigning.

It doesn’t help that Governor Northam was probably outed for his racist past (30 years ago) by a pro-life advocate on the basis of a lot of fake news.

This hyperbole regarding the abortion issue where nuance, facts, reason are nowhere to be found within the context of the GOP talking points has been become viral in conservative leaning circles. These fake news stories about easing the restrictions of late term abortions in states like New York and Virginia, being portrayed as the equivalent of  pro-infanticide, are red meat to the Evangelicals who comprise about 35% of the President’s base. 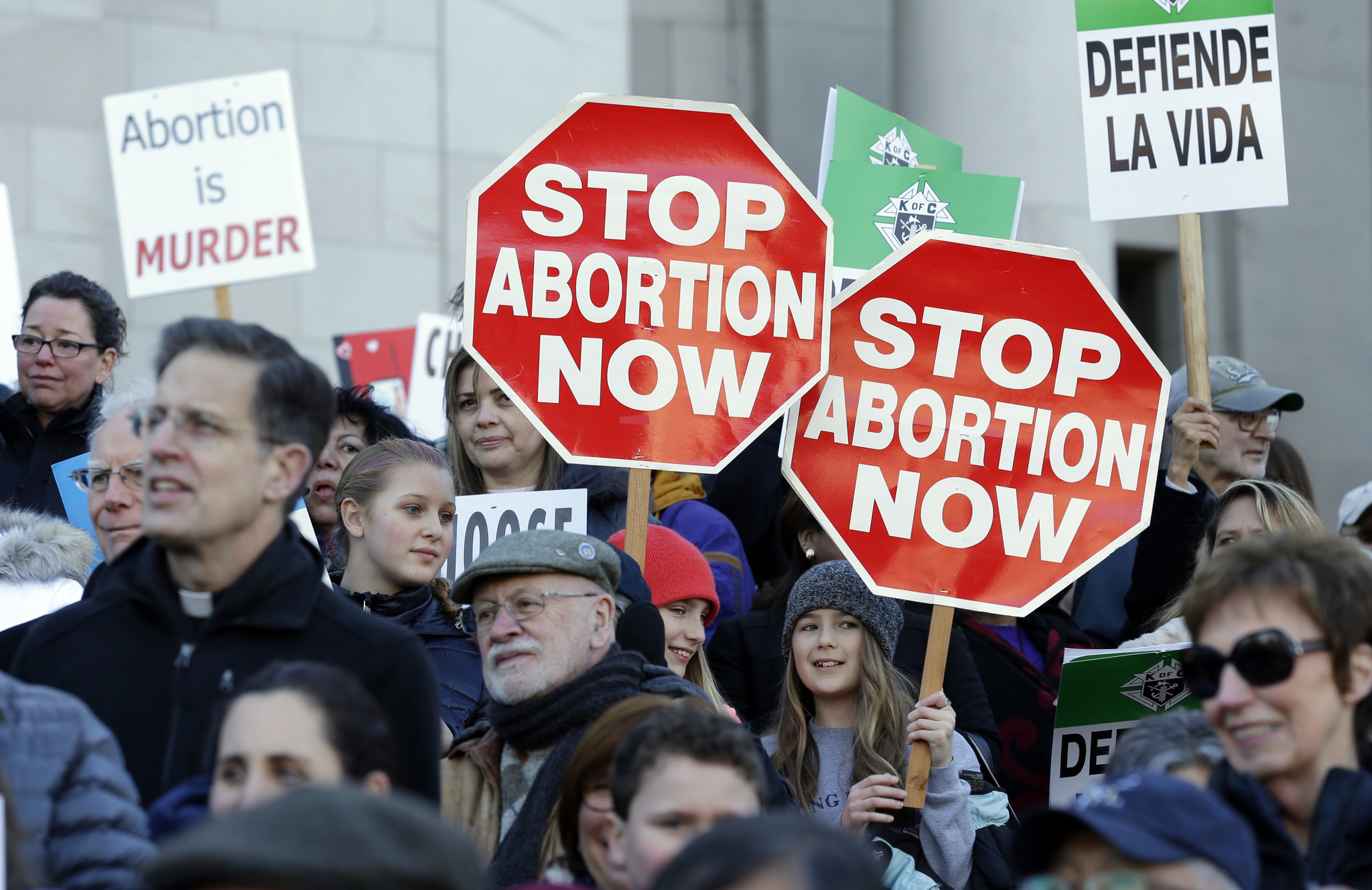 This past week I was having lunch with an Evangelical friend when she started spouting off about the State of New York passing a new law pertaining to late term abortions. She went on to angrily describe how this procedure is done, and how there will be all these cases of infanticide being done without a second thought given to the life of the infant. Her diatribe lasted a good 10 minutes.

I tried to counter how what she had been describing was not happening. I told the story of how this NY law was based on a particular woman’s case where she was told by doctors that her baby would not be viable outside of the womb. Because she was advised of this development after 31 weeks into her pregnancy and NY restricts access to an abortion after 24 weeks, she had to travel to another state to be medically treated.

Here is her story: rewire.news

At this point, my friend requested that the conversation on abortion issues be ended.

The enactment of the RHA (Reproductive Health Act) was characterized by some pro-life outlets, such as the website LifeNews as “a radical pro-abortion bill that would allow unborn babies to be aborted for basically any reason up to birth.”

How did such outlets arrive at that characterization?

The RHA states that “A health care practitioner, acting within his or her lawful scope of practice, may perform an abortion when, according to the practitioner’s reasonable and good faith professional judgment based on the facts of the patient’s case: the patient is within twenty-four weeks from the commencement of pregnancy, or there is an absence of fetal viability, or the abortion is necessary to protect the patient’s life or health.”

On February 1, 2019, Michelle Goldberg of the New York Times penned the following report, “Fake News About Abortion in Virginia”

“Under current law in Virginia, third-trimester abortions are permitted when a woman’s physician and two other doctors certify that continuing a pregnancy would result in a mother’s death, or “substantially and irremediably impair the mental or physical health of the woman.” This week Kathy Tran, a Democrat in Virginia’s House of Delegates, testified in favor of a bill that would end the requirement for two extra doctors to sign off on such abortions, and strike the words “substantially and irremediably” from the existing law. Similar legislation has been introduced in past years. Despite what you might have heard, at no point did Tran try to legalize infanticide.”

“When Tran appeared before a statehouse subcommittee, the Republican majority leader, Todd Gilbert, presented her with an outré hypothetical. Could a woman about to go into labor request an abortion if her doctor certified that she needed one for mental health reasons? Tran said that the decision would be between a woman and her doctor, but, evidently taken aback by the question, eventually allowed that it would be permitted under her bill.”

“Tran handled the moment poorly. She might have pointed out that legislation is not generally written with an eye to prohibiting ridiculous and unprecedented scenarios. It is inconceivable that a doctor would certify a need for an abortion while a woman is in labor; some doctors won’t even let a woman turn down a C-section if they think a baby’s health is at risk. But Tran’s impolitic answer to a ludicrous question gave abortion opponents grist for an explosion of self-righteous outrage.”

“Things only escalated on 1/30/19, when Gov. Ralph Northam was asked about the uproar during an appearance on a radio show. Northam, a pediatric neurologist by training, spoke about what actually happens when a woman goes into labor with a fetus that has severe deformities and may not be viable.”

“Northam appeared to be pointing out the absurdity of Gilbert’s hypothetical, since even in grave circumstances, no one gets an abortion on the delivery table. But as a clip of the interview went viral, conservatives, including the Republican senator Marco Rubio, began accusing Northam of supporting the murder of newborns. It was the right-wing version of an online outrage mob, warping the governor’s innocuous comments into a callous declaration of evil.”

“Some seemed gleeful at the prospect of seizing the moral high ground denied them over 2 years of rationalizing a depraved administration. “You people keep saying to look at Trump getting elected to see how Hitler could be possible,” tweeted the conservative pundit Erick Erickson. “I’m thinking look at the sudden embrace of infanticide to see how Nazism could be possible.”

“The issue of Tran’s bill is moot, since it was never going to pass in Virginia’s Republican-controlled legislature, and certainly has no chance now. For Donald Trump, who tweeted about the procedure on Thursday, it’s a culture war issue he can exploit.”

“Under the bill’s actual text, virtually any claim of impairment would suffice to meet the act’s requirements,” wrote National Review’s David French. “Anxiety? Depression? The conventional physical challenges of postpartum recovery? Any of those things could justify taking the life of a fully formed, completely viable, living infant.”

“French appears to be worried that women will seek, and doctors will perform, late-term abortions for trivial reasons. But there’s contempt for women embedded in the idea that, absent legal prohibition, someone on the verge of giving birth might instead terminate her pregnancy to avoid labor.” 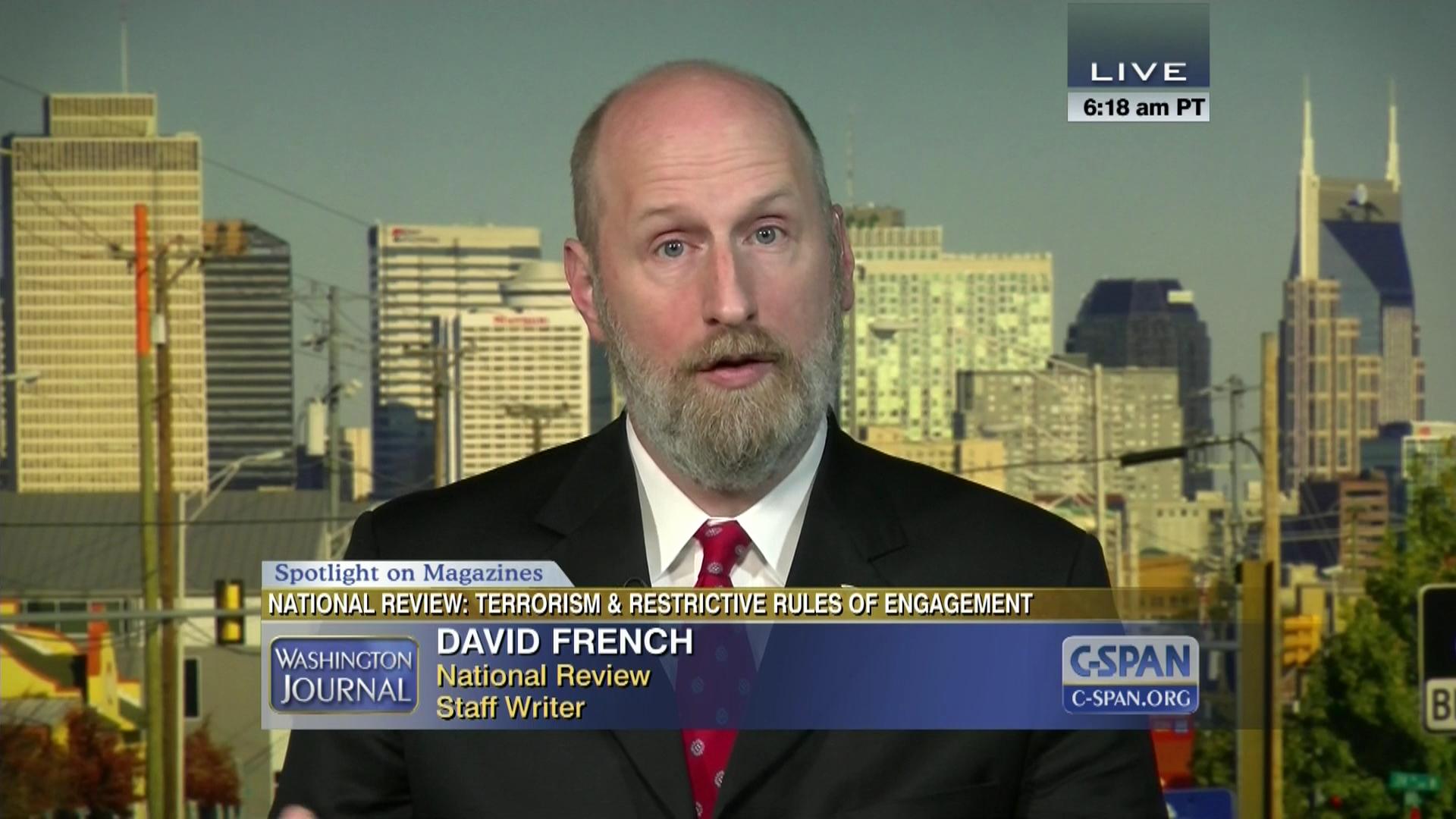 “No matter what the law were, in real life, these things don’t happen,” said Frances Kissling, president of the Center for Health, Ethics and Social Policy and the former head of Catholics for a Free Choice. “I am not saying that there would not be one woman out of 20 million who decided at the 33rd week of pregnancy that she needed an abortion, and I would suggest that she probably does have mental health problems. However, this woman is not going to find anyone who will do this.”

“Kissling is well known in the pro-choice movement for thinking deeply about the ethical gray areas surrounding abortion. As she points out, there are only about 12 doctors in the country who perform third-trimester abortions, and she’s spoken to several of them, asking specific questions about patients they’ve turned down. “What I’ve learned is that all of them have limits and have declined to do abortions in certain circumstances for certain reasons.”

“A person who is ambivalent about abortion might wonder why, if the situations put forward by Gilbert and French are so unthinkable, pro-choice people would object to laws making them illegal. But the law is a blunt instrument for making judgments about extreme and unusual contingencies.”

“Having extra doctors sign off on each late abortion safeguards against (mythical) cavalier terminations, but it means that women in anguished, urgent situations need to jump through extra hoops. Abortion opponents treat mental health exemptions as easily exploited loopholes, but one instance in which they’re invoked is when a woman learns that her fetus has little chance of surviving outside the womb, and can’t face the prospect of going through labor only to watch her baby die.”