In 2018, US politics and Science intersected when an evolutionary biologist made an awesome discovery of a species, previously unknown to mankind with attributes similar to the republican US President Donald Trump with its yellowish hair and unusually small penis. The biologist Vazrick Nazari made sure his new discovery would never be forgotten by naming it “Neopalpa donaldtrumpi.”

As per Wikipedia, Neopalpa donaldtrumpi is a moth species of the genus  Neopalpa occurring in Southern California and Northern Mexico. It was described in 2017 by Canadian scientist Vazrick Nazari. Known for its yellowish-white head scales being reminiscent of Donald Trump‘s hair, the moth was given its name because Nazari stated that he wanted “to bring wider public attention to the need to continue protecting fragile habitats in the US that still contain many undescribed species.”

Around April 2018,  Indy100 published the following report, “Scientists discovered a moth with golden hair and a tiny penis. They named it after Trump” by Narjas Zatat.

“It has a silky head of bright yellow scales, which the moth develops in adulthood, and its head has been described as orange-yellow in colouration, the body is white and the wings are brown or greyish.”

“Also an important detail – its genitalia is “comparatively smaller” than that of the Neopalpa neonata, its close relative.”

“Oh yes he did: the evolutionary biologist named the moth with the white-blonde tresses and small genitalia, after Donald Trump. ” 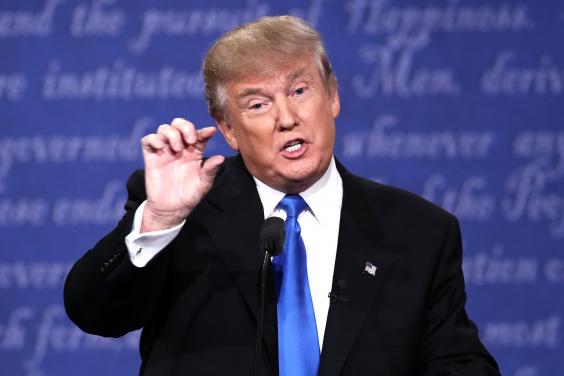 And where can you find this new species? Mexico.

Donaldtrumpi has been found in Southern California and all the way along the coast to Baja California, in Mexico.

I hope that the president will make conservation of such fragile ecosystems in the U.S. his top priority. These ecosystems still contain many undiscovered and undescribed species, and deserve to be protected for future generations.

People on the internet couldn’t contain themselves.