How Is It That With The GOP 2017 Tax Reforms, Corporations Are Still Able To Pay -0- Taxes?

In December 2017, the republican President Donald Trump, the sycophant GOP officials working in the president’s administration and the US Congress had vowed to reduce taxes on the U.S. corporate taxes, arguing that the statutory 35 percent rate is far too high.

The middle class were promised that more better paying jobs would be created, because business executives with all the tax savings, would be  encouraged to invest in their companies and their employees.

They sold the concept that this boost to the US economy would be the catalyst for an economic growth (GDP) spurt exceeding even 4% per year. The added revenues resulting from this growth would help pay down the $1.5 trillion dollars that was added to the US debt over 10 years to pay for the GOP 2017 Tax Cuts and Jobs bill. Of course, this was all a lie. Professional forecasters see economic growth easing to 2.4 percent in 2019 from about 3% in 2018. Most companies used the tax savings to do stock buy-backs versus investing in expansion projects and/ or their employees.

What happened is that the GOP ‘dark money’ donors (including many who are energy sector executives) who own the President’s Republican Party joined up with a coalition of voters, comprised of the anti-immigration zealots; Evangelicals, as the anti-climate change science, anti-abortion and anti-LGBTQ rights crowd; the racists which include those who are the anti-Semitics and anti-Muslim: and the NRA second amendment enthusiasts, to reach their goals of major tax cuts, deregulation measures and the placement of conservative justices on the US federal court system who would tend to rule in favor of corporate interests while backing Evangelicals’ objectives of limiting women’s access to legal abortions and LGBTQ rights.

It doesn’t take long to figure out that President Trump has delivered big time on his promises to his coalition of voters which add up to about 35% of the US population but the losers are the rest of us.

For the remaining month of February 2019, I’ll be blogging on how the Republican Party has done harm to the vast majority of average American voter.

First, I’m starting with the discussion of how the 2017 GOP tax cuts did not offer a remedy for the reality that numerous corporation with huge profits have been getting away with paying -0- dollars in taxes, versus the advertised IRS corporate rate of 35%. Nothing in the GOP 2017 Tax Cuts and Jobs bill prevents this practice from continuing.

In the interests of fairness, when corporations had been the beneficiaries of the 2017 reduced tax rate of 21%, we should have expected that corporations would no longer be able to get away with paying -0-US dollars in taxes.

Democrats would do well to educate the public as to how several profitable corporations pay little to no taxes. Then they should offer a plan to end this possibility in the future.

“After its HQ2 debacle in New York, Amazon has been under the most intense scrutiny of all — and now over its tax bill. In a report last week, the Institute on Taxation and Economic Policy said the e-commerce giant is seeking a $129 million refund on $11.2 billion in profit.”

On March 13, 2017, Aimee Picchi of CBS News penned the following report, “Meeting the 18 profitable companies that paid no taxes over 8 years”

“But thanks to loopholes and tax-minimization strategies, few large, profitable corporations actually pay that rate. Among the roughly half of Fortune 500 companies that were consistently profitable between 2008 and 2015, the effective federal income tax rate was 21.2 percent over that eight-year period, according to a study from the Institute on Taxation and Economic Policy. Eighteen of them, including General Electric (GE) and Priceline.com (PCLN), paid no federal income taxes during that time. ”

“The findings come amid pledges by Republican leaders to slash corporate taxes, arguing that American companies are at a competitive disadvantage compared with countries such as China and Mexico, which have top rates of 25 percent and 30 percent, respectively.”

“Studying an eight-year period addresses how taxes impact corporations during an entire business cycle, rather than shorter periods previously analyzed by ITEP, a liberal-leaning think tank focused on tax policy.”

“The effective tax rate for the sample is a little bit higher, but it’s closer to half of the legal tax rate than to 35 percent,” said ITEP senior fellow Matthew Gardner. “It was still pretty astonishing when you put all the buckets together for these 18 companies that the taxes on their profits would add up to zero.”

“He added, “These companies have a lot of tax avoidance strategies at their disposal.”

“Although the strategies may be legal, their usage raises questions of fairness given that large corporations employ tax experts and large tax advisory firms to help them minimize their taxes. That’s not typically accessible to smaller businesses, which means they may be saddled with higher taxes while larger, more profitable firms are in some cases able to completely eliminate their tax burden.”

“If you want to put blinders on you can view this as a level playing field, but when it requires such an investment of time, it makes [the strategies] unavailable for smaller businesses,” Gardner said. “It shifts the tax load away from these big corporations and onto smaller business and middle-income families. It’s a real fairness problem.”

“Below are the 18 companies that paid no federal income tax from 2008-2015, according to ITEP. Many of them are in the energy sector.” On February 16, 2019, Christopher Ingraham of the Washington Post penned the following report, “Amazon paid no federal taxes on $11.2 billion in profits last year”

“Amazon, the e-commerce giant helmed by the world’s richest man, paid no federal taxes on profit of $11.2 billion last year, according to an analysis of the company’s corporate filings by the Institute for Taxation and Economic Policy (ITEP), a progressive think tank.”

“Thanks to a variety of tax credits and a significant tax break available on pay handed out in the form of company stock, Amazon actually received a federal tax rebate of $129 million last year, giving it an effective federal tax rate of roughly -1 percent.

“Netflix has made a lot of news this past week, and it’s not because of the Ted Bundy documentary or all those fools doing the Bird Boxchallenge. No, it’s something that is even more galling, particularly to those who oppose corporate greed and income inequality: the company paid virtually no US taxes in 2018.” 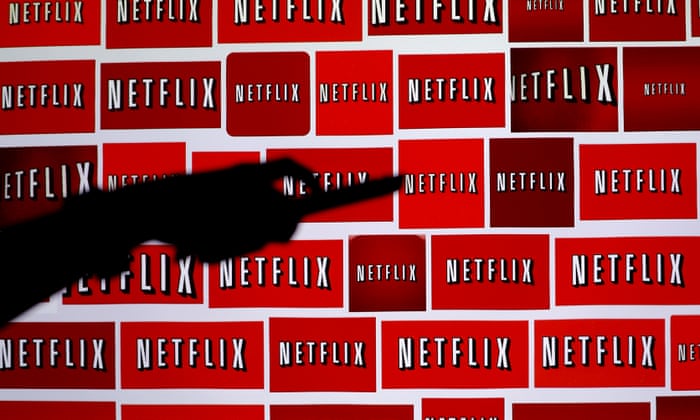 According to a blogpost from the Institute on Taxation and Economic Policy, the company posted its largest ever profit in 2018 – $845m – but paid no federal (or state) income tax.

“After a year of speculation and spin, the public is getting its first hard look at how corporate tax law changes under the Tax Cuts and Jobs Act affected the tax-paying habits of corporations,” senior fellow Mathew Gardner wrote. “The law sharply reduced the federal corporate rate, expanded some tax breaks and curtailed others. The new tax law took effect at the beginning of 2018, which means that companies are just now closing the books on their first full year under the new rules.”

“This story kind of validates a post I wrote last week about how the beneficial effects of the 2017 tax reform really won’t kick in until this year, when companies and people start doing their 2018 returns. Think about it: how many other companies will see their tax bill go down like Netflix? And remember, this isn’t a onetime thing: how will these lower rates affect future spending and investment?”

Link to report: How did Netflix get away with not paying income tax in 2018?