The following post details examples of how GOP ‘dark money’ donors have been directing the republican President Donald Trump, his administration and the sycophant GOP  lawmakers in the US Congress, towards establishing deregulation reforms that prop up business profit margins, at the expense of average American workers/ consumers.

In the next week, I’ll be reporting on how many of President Trump’s deregulation measures fit this category. Democrats favor capitalism with guardrails, protections for consumers and employees which corporations decry as these limits will cost them additional profits.

Two regulation rollbacks that are costing average American workers extra monies while benefiting corporations include the suspension of a January 9 rule from the Department of Housing and Urban Development (HUD) that was meant to reduce the cost of mortgage insurance for first-time home-buyers; and President Trump’s 2018 budget which rolled back Obama era retraining programs designed to assist displaced coal miners/ manufacturing employees to help them qualify for other higher paying employment opportunities. For example, this budget wipes out the Appalachian Regional Commission, which had appropriated about $120-million annually to fund job-creating business ventures and retrain unemployed coal miners to acquire new skills. As per a 4/24/17 American Progress report, “President Donald Trump campaigned on promises to revitalize the U.S. coal industry and bring back coal mining jobs. On March 28, he signed an executive order that began the process of rolling back key federal efforts, including the Environmental Protection Agency’s, or EPA’s, Clean Power Plan to reduce carbon pollution from the U.S. power sector. Despite the rhetoric and political theater that accompanied the order’s release, it will likely have minimal impact on the coal industry and coal mining jobs, given the structural economic challenges the industry faces.”

“By contrast, President Trump’s fiscal year 2018 budget would gut the federal economic and workforce development programs that are most targeted and active in their support of these (coal mining) communities. It proposed eliminating all federal discretionary funding—the entirety—of 7 of the 12 federal programs that coordinate investments and other forms of assistance to support coal communities. During the last two years, these programs have worked under the aegis of the Obama administration’s Partnerships for Opportunity and Workforce and Economic Revitalization, or POWER, Initiative to grow new businesses and industries, create jobs, and train dislocated coal economy workers for in-demand occupations.”

What’s so sad is that many coal miners have put their faith and support behind President Trump to where they believe his hype about bringing back coal mining jobs, and so, they’ve even resisted signing up for retraining programs. They have been counting on there being a return of these jobs which is simply not going to happen except in rare instances.

It has long been my theory that ‘dark money’ GOP donors specifically backed the presidency of Donald Trump versus other more qualified, competent conservative candidates because they knew he wouldn’t be constrained in delivering on their demands by being conflicted by a conscience.

These GOP ‘dark money’ donors have joined up with the Trumpian coalition of voters, which include the anti-immigration zealots; Evangelicals as the anti-climate change science, anti-abortion and anti-LGBTQ rights crowd; the racists which include those who are the anti-Semitics and anti-Muslim: and the NRA second amendment enthusiasts, to reach their goals of major tax cuts, deregulation measures and the placement of conservative justices on the US federal court system who would tend to rule in favor of corporate interests while backing Evangelicals’ objectives of limiting women’s access to legal abortions and LGBTQ rights.

These GOP mega donors have figured out ways to anonymously fund political campaigns with no limits on the monies they hand out.

As per a 1/20/17 Curbed.com report, “Trump suspends mortgage rule designed to help first-time homebuyers” by Alissa Walker, “Eliminating the HUD rule was one of his first acts as president”

“As one of his first priorities after taking oath today, President Donald Trump suspended a January 9 rule from the Department of Housing and Urban Development that was meant to reduce the cost of mortgage insurance for first-time homebuyers.”

“CNBC Now first reported the move, and the original press release announcing the January 9 rule has already been replaced with the January 20 release noting the suspension.”

“The Federal Housing Administration rule was set to lower the premiums of mortgage insurance, which is required for homeowners when they take out a government-backed housing loan. As first-time buyers know, these premiums are pricey and can drive up the cost of monthly payments. The FHA estimated that the new rule would help about one million homeowners who have FHA loans and save the average homeowner $500 per year.”

“Some Republicans didn’t like reducing the cost of mortgage insurance because they felt the higher premiums helped to protect the country against risky loans that could put the country back into a foreclosure crisis. But in a statement January 9, outgoing HUD Secretary Julian Castro said there was no danger of this happening. “After four straight years of growth and with sufficient reserves on hand to meet future claims, it’s time for FHA to pass along some modest savings to working families.” 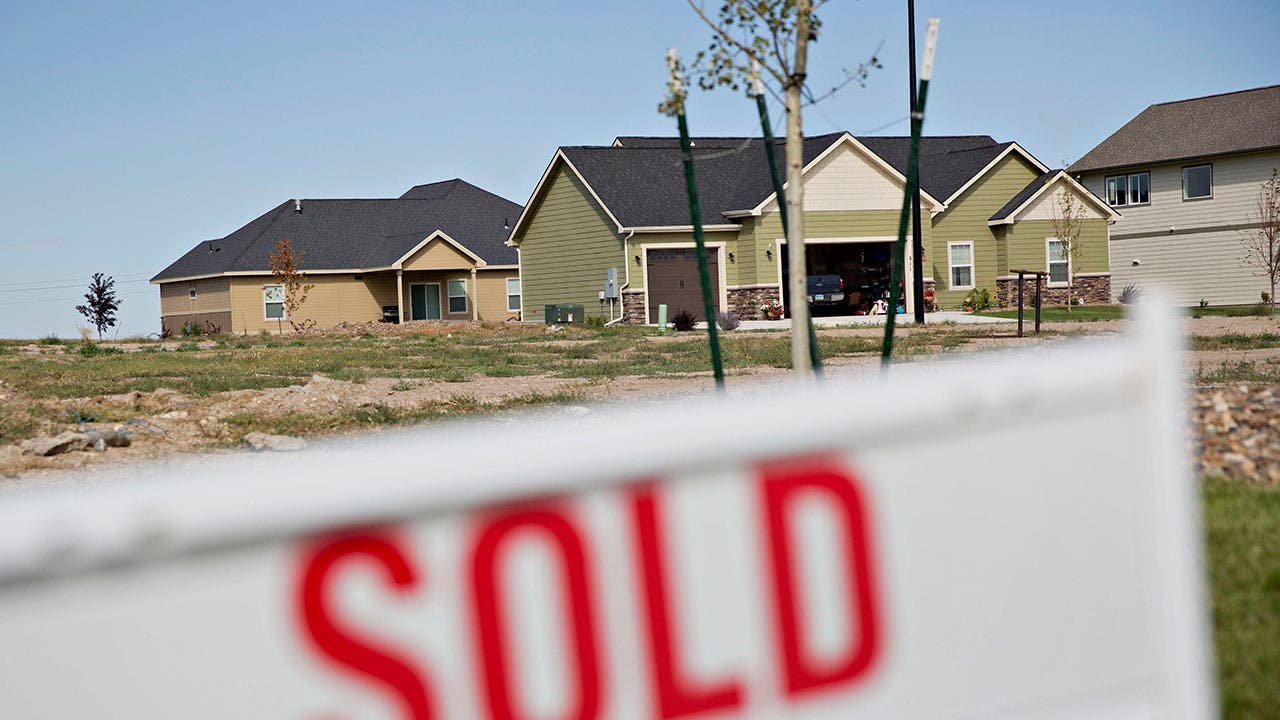 “With this move, Trump’s team may be moving forward with his plan to roll back many recent reforms which were put in place to battle discrimination in the housing market. Eliminating a simple, cost-saving way to reduce monthly payments for the people who need it most could have been a motivating incentive for first-time buyers. In the midst of a housing shortfall that’s made most large cities unaffordable to the average citizen, this decision may deny even more Americans the dream of homeownership.”

“Update: According to a statement from the National Association of Realtors, suspending the rule will put the price of a home out of reach for about 40,000 Americans. “According to our estimates, roughly 750,000 to 850,000 homebuyers will face higher costs and 30,000 to 40,000 new home-buyers will be left on the sidelines in 2017 without the cut.”

.@POTUS suspended a planned cut in FHA mortgage insurance premiums, which @nardotrealtor says will cost 40k families a shot at a new home.

As per a 1/8/2018 Atlantic report, “The False Promises of Worker Retraining” by Jeffrey Selingo, “No wonder President Trump was able to tap into the nostalgia of unemployed and underemployed workers in working-class communities during last year’s presidential election with promises to bring back jobs in the coal mines, the textile plants, and the steel mills. Such blue-collar workers, most of them lacking a college degree, are these days being hit particularly hard by job losses on 2 fronts. The first is a wave of automation that has caused nearly nine in 10 manufacturing jobs to disappear since 2000, according to an analysis by Ball State University. Second is trade. A paper published last year by three economists concluded that Chinese imports alone eliminated some 2.4 million jobs in the U.S. since the beginning of the century.”

“For many dislocated workers—or employees who were terminated and are unlikely to return to that job or even that industry—it’s often easier to collect unemployment or other cash benefits that come along with training and then either remain jobless or patch together work that doesn’t require learning a new skill or acquiring a college degree. But that’s not a recipe for sustainable careers. As a result of the 2008 recession, the U.S. shed 1.6 million manufacturing jobs requiring just a high-school diploma; only 200,000 returned.”
“The fastest-growing jobs in the country require training and education beyond high school. Between now and 2024, according to Georgetown University’s Center on Education and the Workforce, the US will be home to some 16 million openings for middle-skill jobs—those that require more education than a high-school diploma but typically not a bachelor’s degree. Some 40 percent of them pay more than $55,000 a year; another 14 percent pay more than $80,000. The National Skills Coalition has found that these jobs in sectors such as computer technology, health care, construction, and high-skill manufacturing account for 53 percent of the labor market, but only 43 percent of middle-skill workers are sufficiently trained.”

“The analysis of the Trade Adjustment Assistance program conducted for the Labor Department in 2012 found that those who enrolled in training within 13 weeks of applying for unemployment benefits ended up working significantly more weeks, and earned more, than workers who entered training a year or more after a job loss”.

“The update to the Workforce Investment Act passed by Congress and signed by President Obama in 2014 prioritizes programs that help workers understand the connection between continuing education and work. It authorizes the use of federal funds, for instance, to pay for instruction in math and literacy skills when training for a specific occupation, something that wasn’t allowed before as basic education and training were seen, and in many cases still are seen, as 2 separate services by Washington policymakers.”