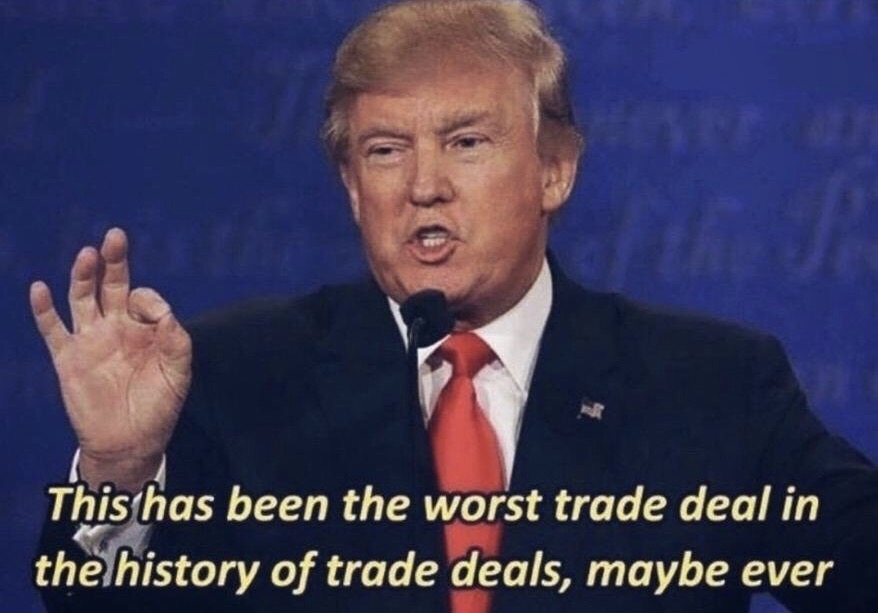 I’m terrified of the republican President Donald Trump’s ongoing imposition of tariffs and his continuing to negotiate a trade deal with China. Fortunately, he has delayed his plans to impose more tariffs on Chinese goods as of the 1st of March 2019.

My fear stems from President Trump’s lack of knowledge regarding basic economic principles while he claims to crafting a deal with multiple layers of complexity. President Trump seems to equate a successful US-China trade deal in terms of China buying a lot more of US products, thus reducing the trade deficit. This narrow focus demonstrates his lack of understanding that the trade deficit is the least of US business’s complaints against China.

One sign of a successful deal would be a list of real measures to enforce compliance with whatever Chinese officials promise as they have a habit of reneging on commitments. China has a long history of stealing US businesses’ intellectual property and for requiring companies doing business in China, to share its technology with the locals. Then there are Chinese companies that are state owned and heavily subsidized where the pricing of its goods are highly competitive, creating unfair competition.

As per a 12/4/18 Bloomberg report by Grant Clark, “Such violations (theft of intellectual property) — from counterfeiting famous brands and stealing trade secrets to pressuring companies to share technology with local companies to gain access to China’s vast market — have long angered China’s overseas competitors. As a result, many companies are wary of doing business there. Efforts to improve enforcement, including a raft of new measures in December, have not come fast enough for Trump.” 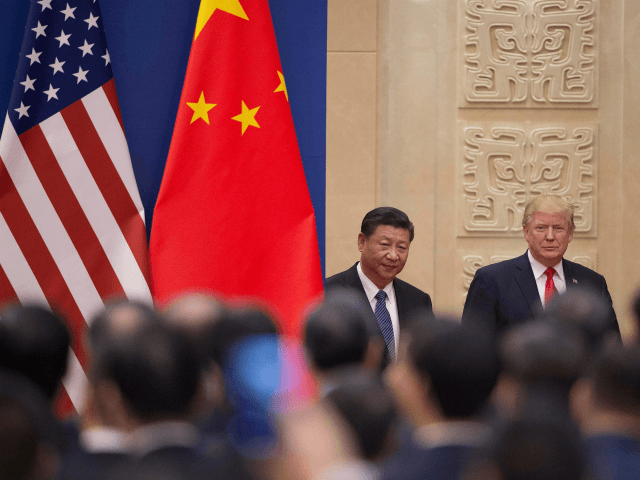 The president doesn’t seem to get that when he adds tariffs to Chinese imports that these higher costs do not end up as added revenues in the US Treasury. What happens is that US companies pay more for these imported products and then the consumer purchases these items at a higher price. It is the consumer who  ultimately pays for these tariffs.

The president has to know that his trade war with China has done real harm to many farmers who voted for him but are now regretting their support. In the year of 2018, there have been a record number of farmers who have been forced to file for Chapter 12 Bankruptcy claims.

In short, if the president’s final US-China trade agreement focuses on the USA having a lower trade deficit with China without real consequential fixes for all the other major problems with US-China trade, then the trade deal is a bust where the price paid by American consumers and farmers has been way too high. 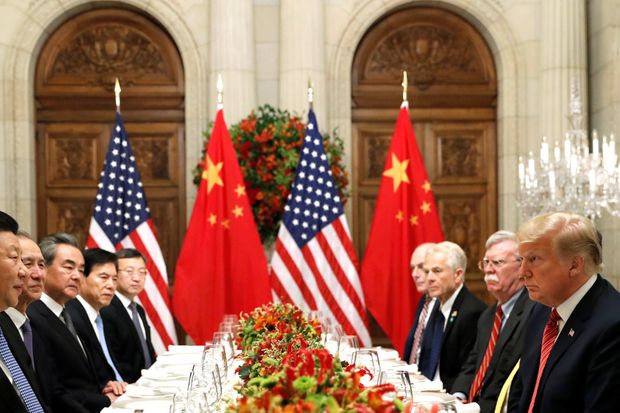 “U.S. exports to China fell to their lowest level in 28 months, according to just-released U.S. Census Bureau data for October. At the same time, Chinese imports set a record the last two months, September and October.

“Fighting a trade war in a strong economy will almost certainly leave Trump frustrated and unsuccessful — that is, if his aim is to decrease the U.S. trade deficit with China, a deficit that is five times that of any other U.S. deficit.”

“If, however, the goal is something different, if it is to open China to U.S. exports, to limit intellectual property theft and to gain assurances from the Chinese that they will stop forcing U.S multinationals to turn over technology in order to operate there — arguments where the president is getting little pushback from any quarter — then a strong economy could be a blessing. It provides wiggle room.”

“That wiggle room is important, since China is doing its level best to hit back hard against wide-ranging U.S. tariffs.” 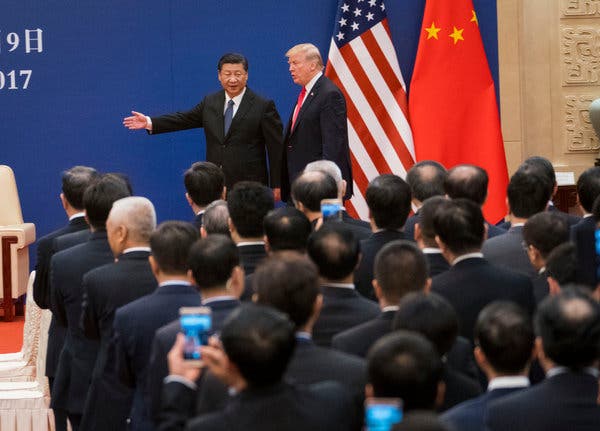 “China has stopped buying U.S. oil. For the third month in a row. In June, as I wrote previously, the total had been a record-setting $1 billion. Despite no oil purchases in August, September or October, China remains second to only Canada for U.S. oil purchases. In other words, China matters. The impact is most sharply felt in Texas, a deep-red state enjoying a boom in oil exploration. China’s share of U.S. oil purchases, meanwhile, has gone from 20% in 2017 to 14% year-to-date to zero the last three months.”

“Then there’s soybeans. China has severely limited its purchases of U.S. soybeans, a move designed to erode another area of key Trump support, the deep-red Midwest. Those exports have fallen as much as 90% in recent months, when compared to the same month in the previous year. China, in 2017, accounted for 57% of all U.S. soybean exports. This year to date, that total had fallen to 22%. For the month of October that total was a meager 5%.”

“In a third area, the Chinese got an assist from Germany and its auto manufacturer BMW. BMW was, in turn, responding to Trump-imposed global tariffs on steel imports. The tariffs increased the price of steel and aluminum, key components of vehicles, and pushed BMW to shift manufacturing to China, the second-largest buyer of vehicles manufactured in the United States. The loser here has been South Carolina, another state in deep-red Trump territory and a region invigorated by the foreign automotive industry and ancillary businesses that grew up around it. So far this year, China still ranks second to Canada, but the percentage is down to 14% from the 20% total for all of 2017. For the month of October, that percentage is  8.7% and it now ranks third to, of all countries, Germany.” 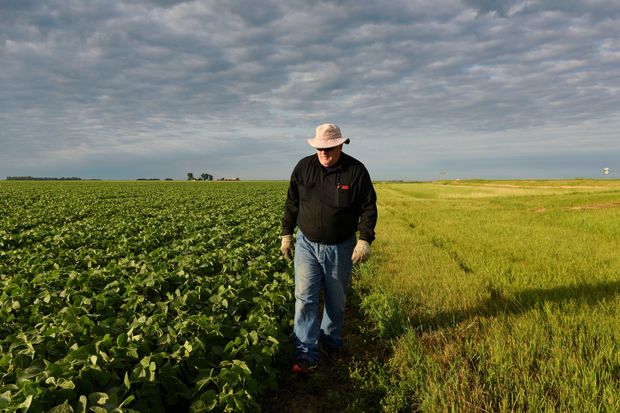 As per the 2/6/19 Axios report, “Farmer bankruptcies swell to decade high in Farm Belt” by Shannon Vavra, “U.S. farmers in the Midwest are filing for bankruptcy at levels the U.S. hasn’t seen for approximately a decade, the Wall Street Journal reports.” 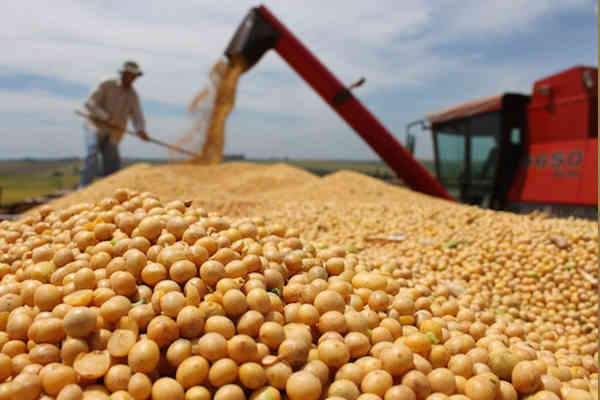 “Between the lines: The Midwest is hurting, and even though the Trump administration has been rolling out federal government relief for farmers to make up for tariff damage, lawmakers from both sides of the aisle fear it is only a short-term, partial solution.” 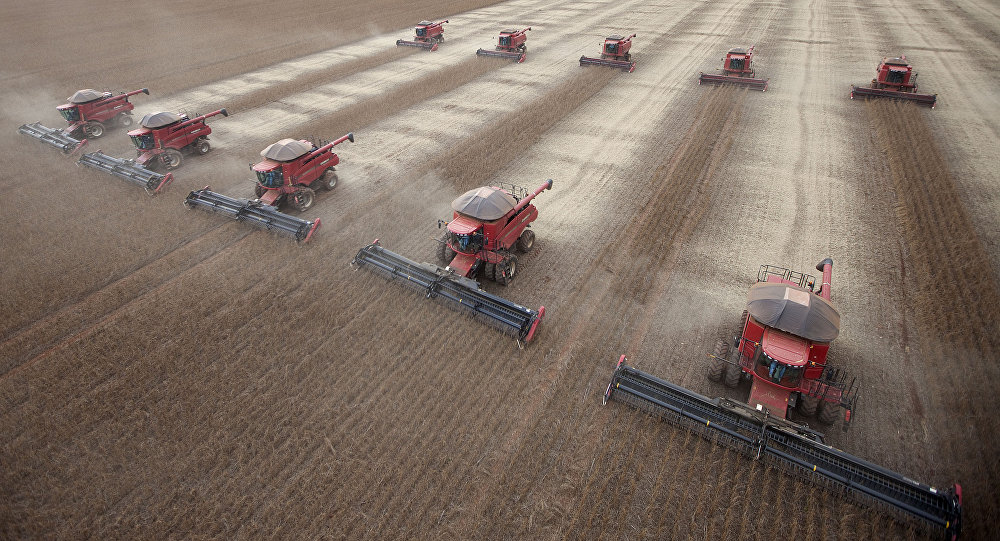 “Dairy farmers were counting on China milk buyers before the trade war. “The problem is both nations have stubborn leaders,” an industry analyst said.”

“Hard times for farmers got tougher with President Donald Trump’s trade war. Now Midwestern farmers are filing the highest number of bankruptcies in a decade, according to a Wall Street Journal analysis of federal data.” 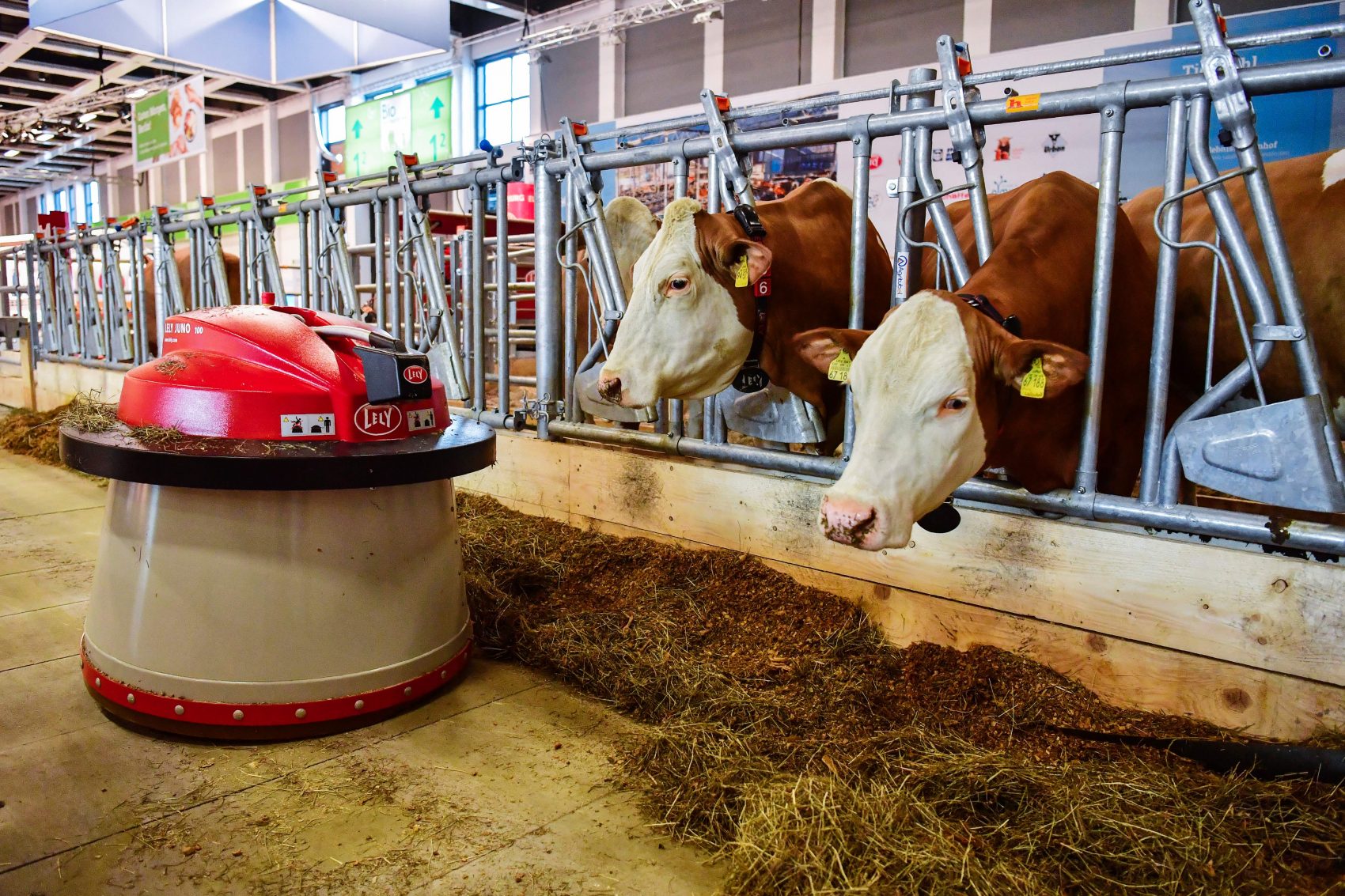 “Farmers are being battered by sinking commodity prices — and stiff tariffs from China and Mexico in retaliation for Trump’s tariffs on imports.”

“The new 11-nation Comprehensive and Progressive Agreement for the Trans-Pacific Partnership (CPTPP) treaty last year slashed tariffs — but not for U.S. farmers since the Trump administration pulled out of negotiations. That drove customers to farmers and ranchers in competitive countries, like Australia, serving another dunning blow to American operations.”

“According to figures from the U.S. Agriculture Department, farm income last year was about 50 percent of what it was in 2013, the Wisconsin State Farmer reported.”

“The dairy industry was hopeful about meeting growing demand in China, but now trade is a major stumbling block. ”

“Soybeans were also a major victim. “Agriculture prices live and die by exports. In all commodities, we’re heavily dependent on China, especially for soybeans,” Kevin Bernhardt, agribusiness professor at the University of Wisconsin in Platteville, told the Milwaukee Independent.” (Farmers believe that any recovery will be slow. China has helped with a recent purchase.)

“Government subsidies to farmers were up 18 percent last year over the previous year, due to the $4.7 billion in tariff aid and $1.6 billion in disaster payments for farmers impacted by hurricanes, floods and other disasters. But it wasn’t enough to stave off the end for some.”