There is a 2008-2019 Miami, Florida sex trafficking case where famous attorneys like Alan Dershowitz are attempting to prevent any of the facts, evidence regarding the mega billionaire defendant Jeffrey Epstein who had indulged himself in a sex trafficking program where younger girls were sexually abused. The history of this case is mired in a concerted effort by the powerful to keep this story under the radar for over 11 years, but the lid is about to be raised. In 2008, The current US Labor Secretary Alexander Acosta who was a Miami US prosecutor at the time participated in the crafting of a plea deal with Mr. Epstein’s legal team which included Alan Dershowitz and Kenneth Starr, which was extremely favorable to Mr. Epstein without informing the numerous victims, as required by  federal statute.

Around December 2018, the case was garnering the public’s attention again because of raised hopes that new revelations would be disclosed pertaining to the Jeffrey Epstein story, due to a lawsuit set for trial in a Florida state court but on the 4th of December 2018, Mr. Epstein reached a last-minute settlement which put and end to learning more details. 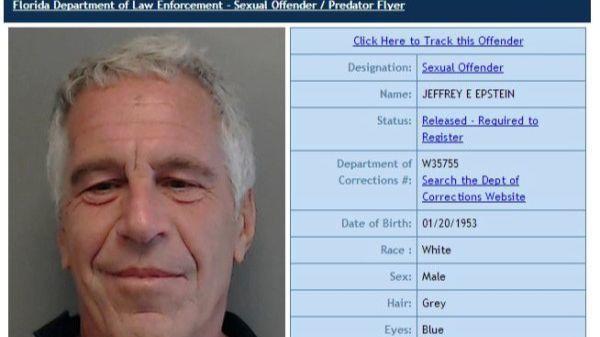 In February 2019, a Miami judge ruled that the US attorneys’ office broke the law in coming to terms on the plea agreement without informing the victims involved in the case.

See: Donald Trump’s Past History Should Have Prevented Him From Becoming 45th US President

But in March 2019, there is a court filing to have records related to this Jeffrey Epstein case, that’s currently under seal. unsealed. But the famous Harvard attorney Alan Dershowitz wants to block this.

“A court hearing on whether to unseal sensitive documents involving the alleged sex trafficking of underage girls by Palm Beach multimillionaire Jeffrey Epstein and the possible involvement of his influential friends will play out in a New York City courtroom next week.”

“But it may happen behind closed doors, with the news media and public barred at least in part.”

“An attorney for lawyer Alan Dershowitz wrote a letter to the U.S. District Court Second Circuit of Appeals on Tuesday, asking whether the media should be excluded from the proceeding because his oral arguments on behalf of his client could contain sensitive information that has been under seal.”

“The appeals court has not responded to his concern as of Friday, but if the hearing is closed during his lawyer’s argument, it would represent the latest in a long history of successful efforts to keep details of Epstein’s sex crimes sealed.”

“Dershowitz, a professor emeritus at Harvard, constitutional law expert and criminal defense attorney, represented Epstein, who in 2008 received what many consider an unusually light sentence for sexually abusing dozens of girls at his Palm Beach mansion. Two women one of whom was underage have said Epstein and his partner, British socialite and environ-mentalist Ghislaine Maxwell, directed them to have sex with Dershowitz, 80, and other wealthy, powerful men.”

“Oral arguments are scheduled Wednesday (3/6/19) to hear an appeal by the Miami Herald and other parties seeking to unseal a 2015 court case involving Epstein and Maxwell. The Herald, as part of an ongoing investigation into Epstein’s case, hopes to shed more light on the scope of Epstein’s crimes, who else might have been involved and whether there was any undue influence that tainted the criminal justice process.” 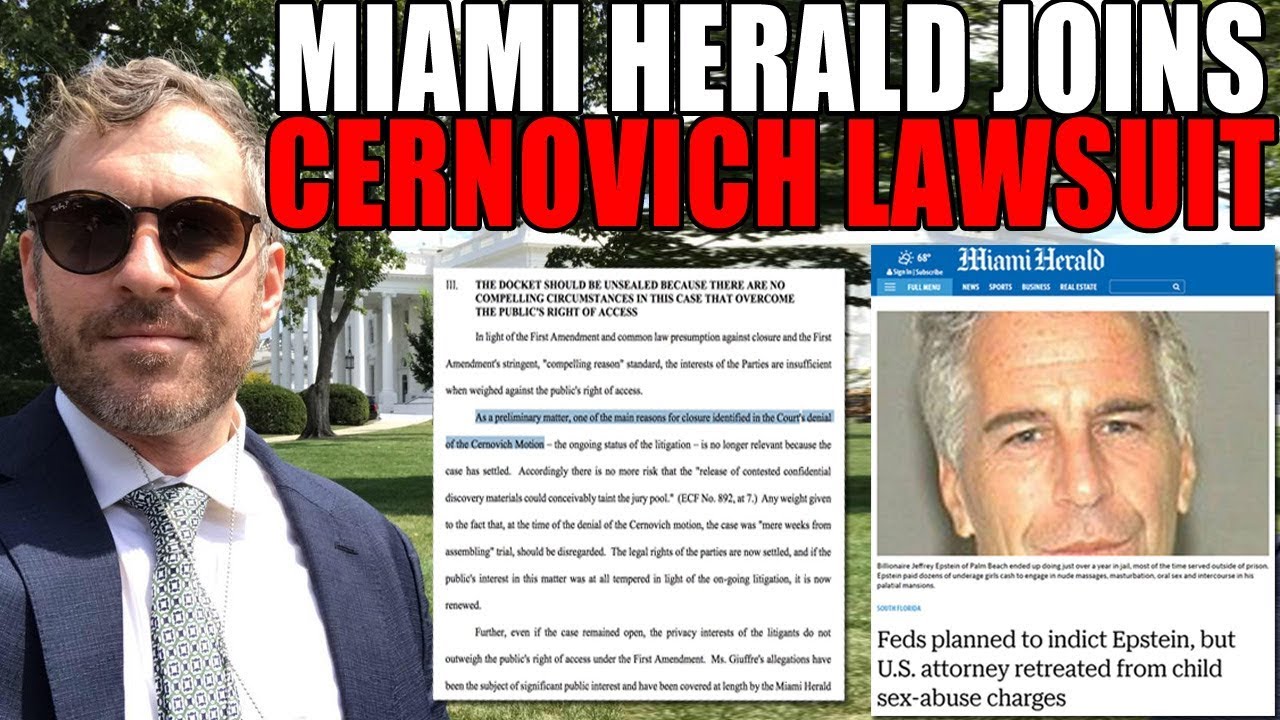 “A legal brief supporting the Herald’s appeal was filed in December by the Reporters Committee for Freedom of the Press and 32 other media companies, including The New York Times, The Washington Post, Dow Jones, Fox News, Gannett, Politico, Reveal Center for Investigative Reporting and Tribune Publishing Co.”

“The case which was settled in 2017 involved Virginia Roberts Giuffre, who sued Maxwell in federal court in the Southern District of New York in 2015. Giuffre has asserted that Maxwell and Epstein trafficked her and other underage girls, often at sex parties that Epstein hosted at his homes in New York, New Mexico, Palm Beach and the U.S. Virgin Islands.”

As the case was litigated, the judge allowed a vast trove of documents, including testimony by witnesses, to be sealed. Dershowitz, having been publicly implicated in Epstein’s crimes by Giuffre, tried unsuccessfully to get the judge to unseal a select number of documents.  Blogger Michael Cernovich also filed a motion to release a portion of the sealed documents.”

“The judge denied their motions in 2016, as the case was still ongoing, saying that release of the documents could taint a potential jury pool.”

“After the case was settled, the Herald filed a more extensive motion, arguing that with the case now closed, all the documents in the case should be made public. The motion, filed in April 2018, came as the Herald was working on an investigative series, Perversion of Justice, which detailed how Epstein and his lawyers manipulated federal prosecutors to obtain one of the most lenient sentences for someone who sexually abused children in history.” 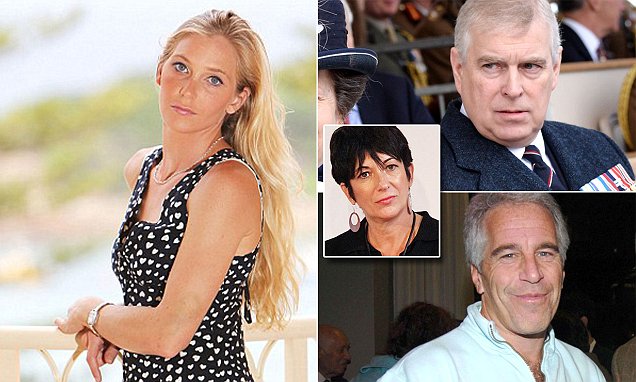 “Dershowitz’s lawyer, Andrew G. Celli Jr., emphasized to the Herald that Dershowitz isn’t trying to ban the media from the proceeding; he’s simply giving the court a heads-up that his arguments could include information that has never been made public because it is under seal.”

“What the letter says very clearly is we intend to make reference to the sealed material in open court, so we want to notify the judges that this is my intention to make my arguments,” Celli said. “We want the courtroom to be open so long as we can argue the substance of what we want to unseal.”

“Barbara Petersen, executive director of the First Amendment Foundation, pointed out that since the judges are well aware that sealed documents are at the heart of the appeal, Dershowitz’s request comes across more as a “veiled threat.”

“It’s like ‘if you don’t keep out the media, then we are going reveal stuff and let the chips fall where they may,’ she said. “They don’t want it to come out and they don’t want to make a motion and ban the media, so they’re hoping the judges do it for them.”

“Ms. Giuffre is a victim of Jeffrey Epstein’s sex trafficking organization,” her attorney, Paul Cassell, said in a statement attached to the Herald’s appeal. “When she bravely came forward to explain what happened to her at the hands of Epstein and his powerful friends, Epstein’s ‘Madame’ and girlfriend, Ghislaine Maxwell, told the world that Ms. Giuffre was a liar. Ms. Giuffre filed a defamation action.”

“The case was settled in Giuffre’s favor, with Maxwell paying Giuffre millions.”

“Epstein’s deal, brokered by then-Miami U.S. Attorney Alexander Acosta, allowed Epstein to plead guilty to 2 prostitution charges in state court, and in exchange, Epstein and an untold number of others were given federal immunity. Epstein served just 13 months in the county jail, although much of his incarceration was spent at his office in downtown west Palm Beach on “work release.”Last week, a federal judge ruled that Acosta, now President Donald Trump’s secretary of labor, violated the law because he and other prosecutors deliberately kept the deal secret from Epstein’s victims, who are now in their late 20s and early 30s.”

“Cernovich’s lawyer, Marc Randazza, said he has never seen a court seal nearly an entire court record like this.”

“He said. “What kind of power here is able to influence our court system in such a big way? Something is amiss and I’m glad that journalists are out there looking at it.”