For the past few posts, I’ve been describing about how the republican President Donald Trump directs his daily reality show based on what his former personal attorney Michael Cohen detailed in his recent testimony before the the US House Oversight Committee led by the Democratic Chairman Elijah Cummings.

Mr. Cohen instructed us on how President Trump gives direction in a way that’s not direct but obvious to anyone who has worked in close proximity to him for any length of time. What the president does on an habitual basis, is declare whatever his truth is, which may or may not have any basis in reality but everyone around him, had better act on what President Trump states is true or they will find themselves on the outside. He warned the GOP lawmakers who have been carrying the president’s water even when they know the president is flat out wrong, that they’ll end up regretting their blind loyalty as they slowly but surely become sucked up in the president’s pattern of corruption. Frankly, that’s already happened. 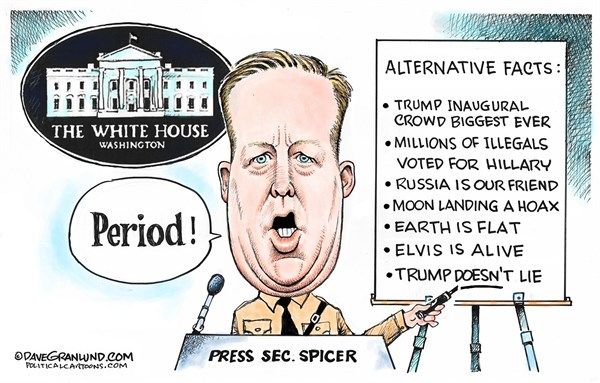 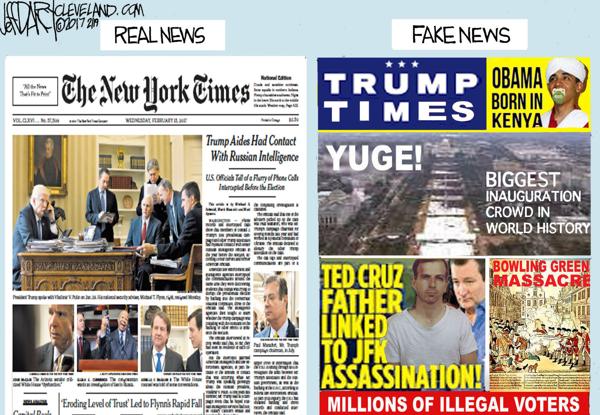 We saw this pattern as soon as the president stepped foot into the premises of the White House when he declared that he had the largest crowds in US history present at his inauguration, cheering him forward. This was factually not true based on solid evidence but the president still had his spokesperson Sean Spicer assert at a press conference that President Trump had the largest crowds ever welcoming him and his family as their new leader. Then the president’s men figured out how to get the park services to doctor the inauguration photos to show the much larger crowds that their boss had been describing. Unfortunately, this scenario was not an isolated demonstration as to how President Trump operates, day in and day out.

Imagine how President Trump felt towards those around him who didn’t catch on that they had their parts to play which was to carry out whatever he declares as his truth. I can see General Mattis trying to explain to him that he just couldn’t go and do something foolish based on his gut instincts and why, while the president looked back at him seething inside because the general was not playing his assigned role and he was making the president feel foolish.

Picture this example as per a 4/18/18 NY Magazine report:

Russia vows to shoot down any and all missiles fired at Syria. Get ready Russia, because they will be coming, nice and new and “smart!” You shouldn’t be partners with a Gas Killing Animal who kills his people and enjoys it!

“The White House had reached no final decision about whether to strike Syria — let alone, whether to target Russian assets within it — when the president tweeted this pledge. Over the ensuing days, Defense Secretary James Mattis implored Trump to hold off on bombing the Assad regime until its responsibility for the Douma attack could be fully verified, and Congress could be given a chance to authorize the act of war.”
“But the president couldn’t abide a delay. In his view, it was better to bomb Syria without a strategy or legal authorization than to invite doubts about the credibility of the threats he makes on social media. As the New York Times reports:”

“Defense Secretary Jim Mattis urged President Trump to get congressional approval before the United States launched airstrikes against Syria last week, but was overruled by Mr. Trump, who wanted a rapid and dramatic response, military and administration officials said.”

“Mr. Trump, the officials said, wanted to be seen as backing up a series of bellicose tweets with action, but was warned that an overly aggressive response risked igniting a wider war with Russia.”

… “Mr. Trump’s drumbeat of threats last week of a sharp response to the suspected gas attacks all but guaranteed that the United States military would strike Syria, according to two Defense Department officials who spoke on condition of anonymity … Mr. Trump did not necessarily want to hit Syria hard enough to bring Russia into the war, administration officials said. But he did want to appear aggressive in his response.”

“Just days before the alleged chemical weapons attack in Douma, Trump had called for an immediate withdrawal of all U.S. troops from Syria. At that point, Assad was already (allegedly) using chemical weapons on a routine basis. No significant facts on the ground changed between when the president wanted to remove every last American soldier from Syria, and when he wanted to escalate U.S. intervention against Assad. What did change were Fox News’ programming decisions.”

“Unlike Assad’s typical war crimes, the alleged chemical weapons attack in Douma produced dead bodies that weren’t too mutilated to be aired extensively on American cable news channels. Trump reportedly saw those images and felt moved to assert American power. He then, ostensibly, saw a Fox & Friends segment in which Russia was portrayed as challenging his authority to assert that power. He tweeted a rebuke. And thus, America went to war.” 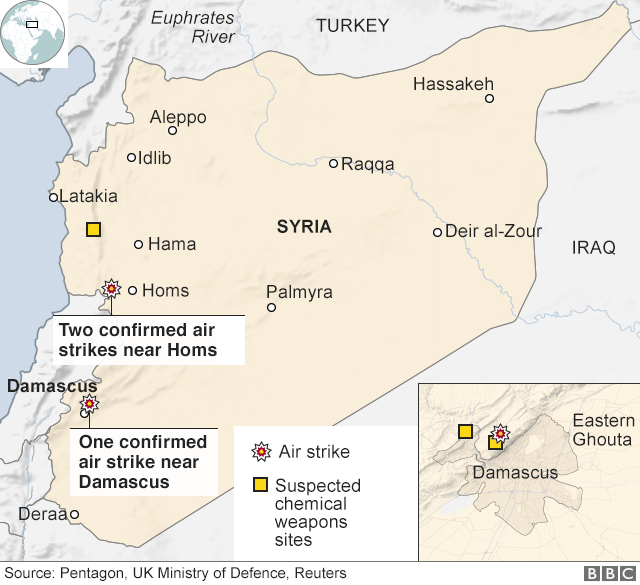 “Thanks to James Mattis, the bombings proved to be quite limited — mere “show strikes” designed to “send a message” without sparking a wider war. Had Trump picked a slightly less risk-averse hawk as his Defense secretary, however, it’s quite possible that his tweet would have been the trigger for a direct confrontation with Russia and Iran: As the Times reports, “neoconservative members of the Republican foreign policy establishment have started to air concerns that Mr. Mattis is ceding strategic territory to Iran and Russia in Syria.”

“As it happened, Trump’s strikes proved sufficiently innocuous for “liberal” foreign policy wonks to feel comfortable endorsing them — even as they acknowledged the campaign’s illegality and strategic incoherence.”

“And yet, the fact that such Establishment figures blessed Trump’s decision to wage an illegal war in defense of his tweets only makes the development more unnerving.”

“Trump’s conduct as president is often terrifying for the ways in which it breaks radically with precedent. “

The conservative columnist, Michael Gerson describes well how the GOP Congressional members have become complicit in the president’s world of moral corruption.

On February 28, 2019, Michael Gerson, an ex-Bush official for the Washington Post penned the following opinion piece, “The GOP performance at the Cohen hearing was a study in moral corruption”

“At the Hanoi summit, perhaps following a champagne toast officially welcoming North Korea to the nuclear club, I imagine President Trump and Kim Jong Un sitting down to watch the Michael Cohen hearing. Not far into the Republican questioning, Kim might have said something like: “I thought I knew toadying, but I’ve never seen anything like this. Don, what is your secret?” 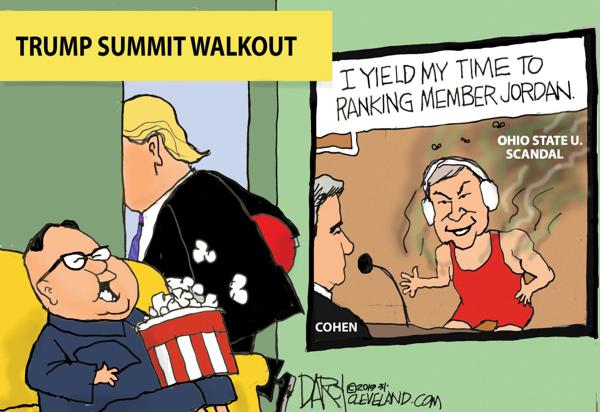 “The House of Representatives has always been the shallower end of the legislative pool. But the performance of Republicans at the Cohen hearing was in a class of its own. Their game plan seemed to consist of shouting, vilification. Most of them apparently got their degrees from the Roy Cohn School of Law.”

“But (a pack) of chihuahuas are not intimidating. What passed for a cutting Republican taunt? “Liar. Liar. Pants on Fire!”

“”At some point, kissing up involves moral corruption. And Republicans passed that milestone some time ago. Many in Trump’s army of enablers have lost the ability to distinguish political realism from moral surrender. Now they are left to impugn the reputations of the president’s accusers, as though the whole Republican Party had signed on as part of Trump’s legal team. How did Republicans do? Cohen started the hearing with an absolutely awful reputation and still came across looking more trustworthy than his accusers.” 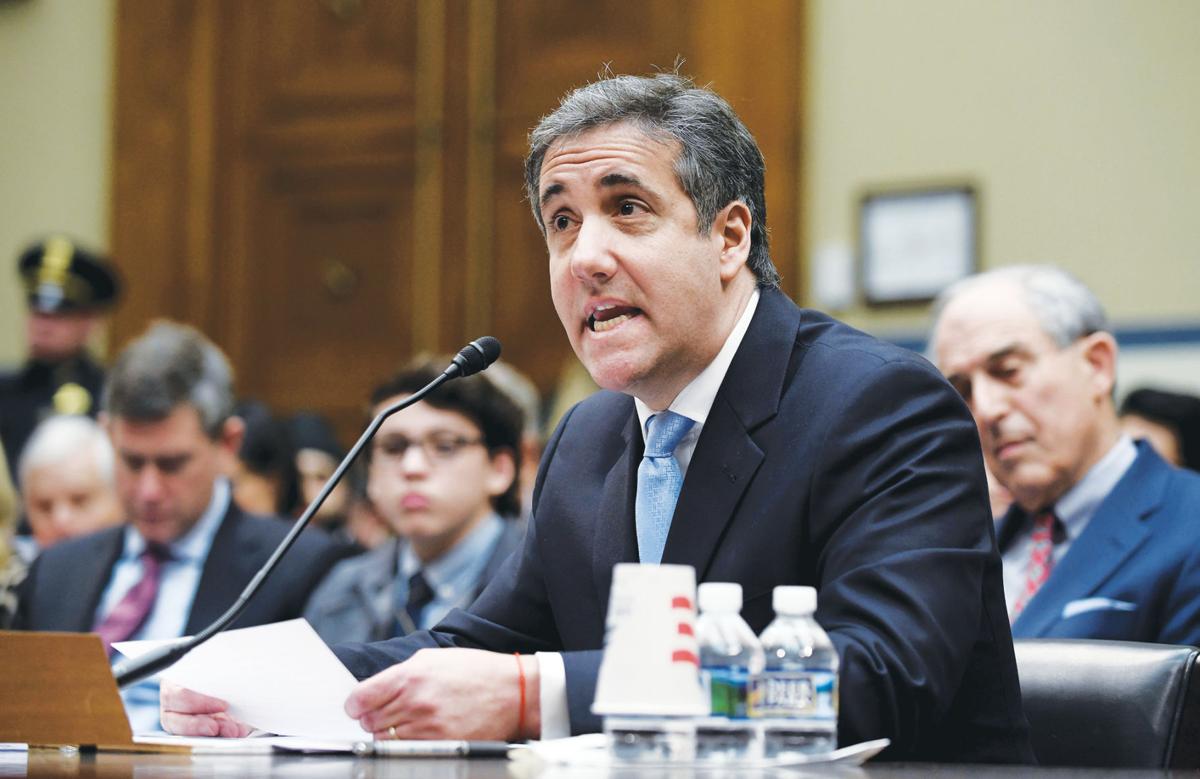 “Any of these lines spoken aloud at the Cohen hearing would have gotten peals of laughter. Of course Trump is capable of all these disreputable things. The real question is: Was he foolish enough to do them and get caught? So Republicans are staking the future and reputation of their party on the intelligence, or at least cunning, of Trump.”

“Most of our politics now consists of seeing the same horror from new angles. The United States has a president who respects no rule of morality, tradition or law that conflicts with his own immediate self-expression or gratification. His only self-limitation, apparently, is plausible deniability — a moral framework that seems to be based on old episodes of “The Sopranos.” This is narcissism that has slipped its leash, roaming wherever it wishes across the wide world, and in our heads.”

“It is worth remembering that things weren’t always this way. Ronald Reagan sought to create a coalition of ideas — the fusion of economic, moral and defense conservativism. Barack Obama won office by turning out a broad coalition of interests.” 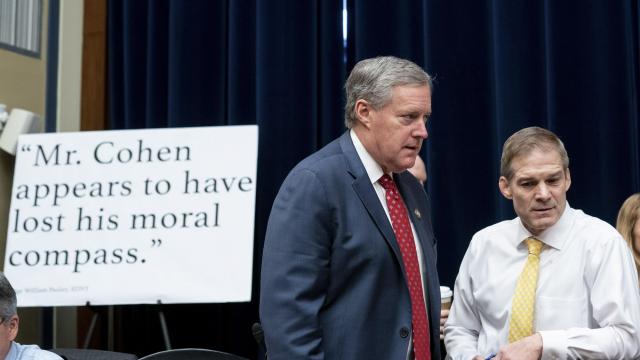 “For Trump — his mind uncluttered by creed or conviction — it can be a coalition only of the loyal. He insists on it. Loyalty to his person is his main — perhaps exclusive — measure of support. Some Americans may be drawn toward Trump’s views on immigration or on trade. But it is absurd to think that Trump, in most cases, holds their loyalty because of immigration or trade policy. His persona is ultimately his appeal. He generally talks not to persuade or inspire but to incite or demean. Man and message are one.”

“But Republicans are beginning to learn the lesson that Trump’s narcissism is not completely unbound. It could run into Robert S. Mueller III and the rule of law. It could run into the waiting arms of the Southern District of NY. It already has run into the oversight of a Democratic House. And this demonstrates why a vote for House Democrats in the 2018 midterms was (for some of us) a difficult necessity.”