Over a few prior posts, I’ve been arguing that the Trumpium Republican Party’s hard-line anti-immigration rhetoric designed to inflame these sentiments shared by many American voters was enough to help him win the US presidency in 2016. This was no accident.

The problem with this GOP tactic is the reality that when they stoke the anti-immigration impulses of their voters, they are simultaneously, inflaming the embers of Antisemitism and racism in these same supporters who are also very likely to exhibit these traits. We can include Islamophobia in this mix.

“First they came for the socialists, and I did not speak out—
Because I was not a socialist.

Then they came for the Jews, and I did not speak out—
Because I was not a Jew.

Then they came for me—and there was no one left to speak for me.”

Let’s go back in time to that August 2017 Unite the Right Rally In Charlottesville, VA. This rally was ostensibly about protecting a statue of Robert E. Lee and  about asserting the legitimacy of “white culture” and white supremacy, and defending the legacy of the Confederacy in the South. So why did the rally participants keep chanting anti-Semitic lines like “Jews will not replace us?”  It’s because the White Nationalists and the neo-Nazis members present are almost always guilty of Antisemitism. The two go together. If GOP members condone/ tolerate the one, then they are condoning the other.

The point is that today’s GOP members have gone out of their way to inflame anti-immigration sentiment which translates into them condoning White Nationalists, neo-Nazis who are almost always, anti-Semitics. Our GOP lawmakers are the ones who have stoked these worst impulses in many of their followers, where hate crimes across the board are rising. They need to take a long hard look at themselves in the mirror before they dare to  point their fingers, elsewhere. 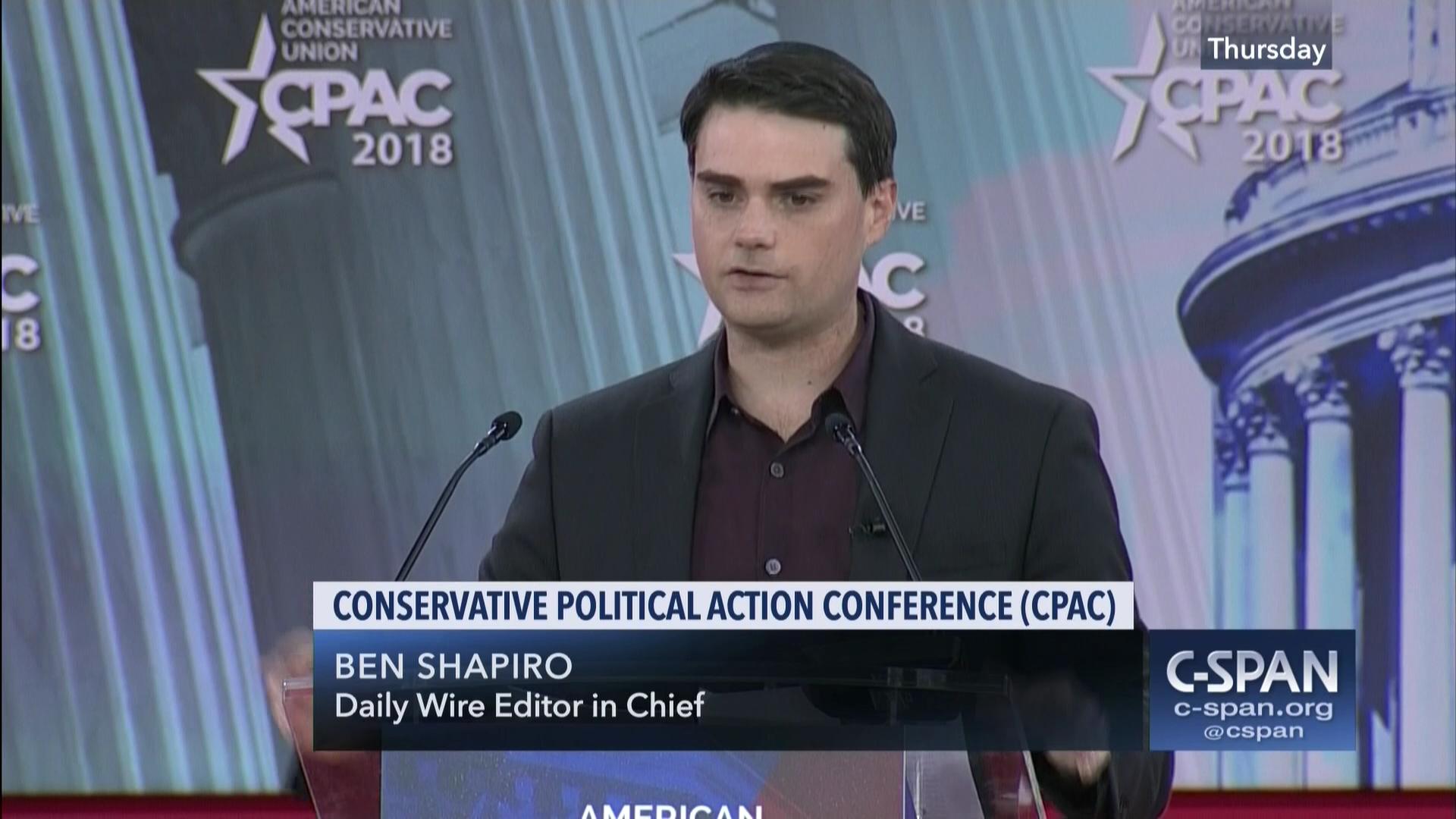 I’m not alone in this thinking. Here’s the rest of the story…

On November 2, 2018, the Atlantic Magazine published the following report, “How Trumpian Nativism Leads to Anti-Semitism” by Peter Beinhart (“Jews disproportionately support immigration because their history has led them to identify with outsiders—and people who demonize immigrants take notice”)

“Ben Shapiro—arguably the most influential conservative Jewish pundit in America admitted, “I’ve spent most of my career arguing that anti-Semitism in the US is almost entirely a product of the political Left. Shapiro wrote, “The anti-Semitism I’d heard about from my grandparents — the country-club anti-Semitism, the alleged white-supremacist leanings of rednecks from the backwoods — was a figment of the imagination, I figured. I figured wrong.”

“Yes, he did. But after last week—in which a man in Florida sent a bomb to George Soros and a man in Pittsburgh shot up a synagogue because he believed the Hebrew Immigrant Aid Society was trying to “bring invaders that kill our people”—Jewish conservatives need to grapple with something even more uncomfortable.”

“It is certainly possible to believe in lower levels of immigration and stricter immigration enforcement—as do my conservative Atlantic colleagues David Frum and Reihan Salam—without fueling anti-Semitism. But Trump isn’t just a restrictionist. He’s a dehumanizing, conspiratorial, apocalyptic restrictionist. He calls Latino immigrants “rapists” and “animals.” He says that immigrants constitute “an invasion” that threatens America’s ability to “endure as a sovereign, independent nation.” He claims that the Central American gang MS-13 has “literally taken over towns and cities of the United States.” He suggests that Democrats are “openly encouraging many millions of illegal aliens” to vote and are giving “a lot of money” to “people to try to get to the border by Election Day.” 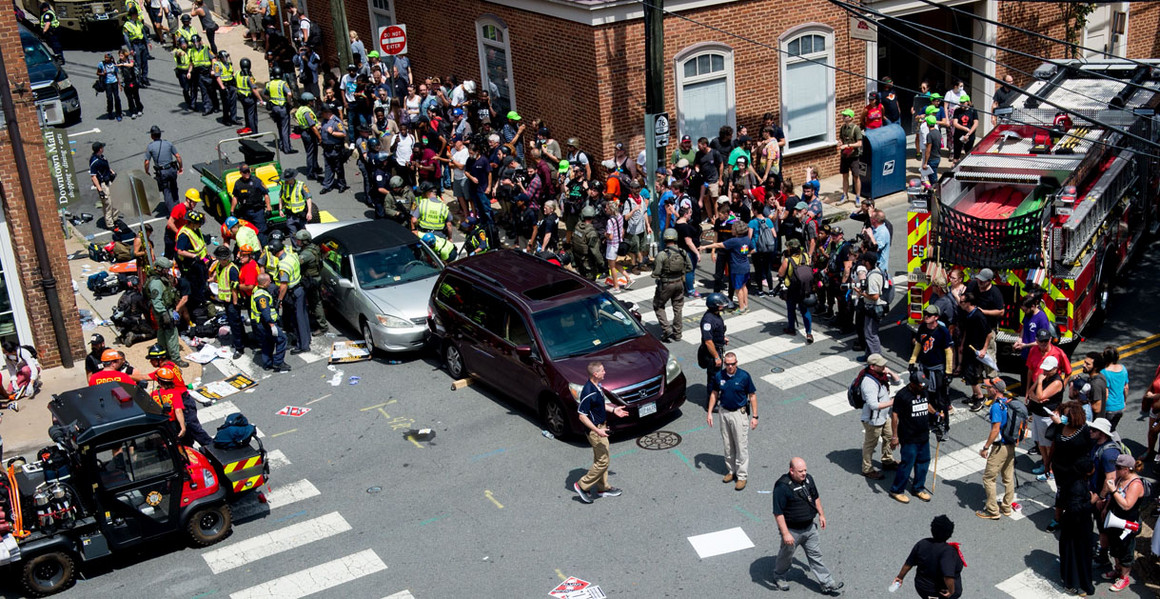 “Trump’s nativism is contradictory. On the one hand, he depicts Latino immigrants as subhuman: “animals.” On the other, he describes them as so well organized and potent that they can invade and conquer the US. Reconciling this tension requires another enemy: an enemy that is not only evil but brilliant, brilliant enough to organize people who cannot organize themselves.”

It’s an old story. Noah Strote, a historian at NC State, notes that after World War I, France imported soldiers from its North and West African colonies to help occupy the Rhineland. Adolf Hitler depicted these nonwhite soldiers as a sexual threat, much as Trump depicts Mexican “rapists” today. But he also portrayed them as politically passive. The Africans hadn’t organized their invasion of Germany; Jews had done it for them. In Mein Kampf, Hitler wrote, “It was and is the Jews who bring the Negro to the Rhineland, always with the same concealed goal and with the clear goal of destroying, through bastardization, the white race they hate.”

“During the civil-rights movement, white supremacists in the South made similar claims. “Segregationists believed that African Americans couldn’t possibly have the capacity to lead the civil-rights movement,” observes Mark Bauman, the editor of Southern Jewish History. “So it had to be the Jews and communists—the words were almost interchangeable: ‘Jewish communists.’” J. B. Stoner, founder of the virulently racist National States’ Rights Party, argued, “The negro is not the enemy. The Jew is THE enemy of our White Race and the Jew is using the negro in an effort to destroy the White Race that he so passionately hates.”

“In South Africa, apartheid’s defenders deployed similar propaganda against Joe Slovo, the Yiddish-speaking leader of the African National Congress’s military wing. “To the South African government,” wrote Glenn Frankel, who covered South Africa for The Washington Post in the 1980s, “Slovo is Public Enemy Number One, the evil white mastermind … manipulating blacks inside his movement.”

“A similar story line—Jewish brains using black and brown bodies to destroy white Christian America—runs through the anti-immigrant hysteria that laid the foundation for Trumpism. In his book, The Culture of Critique: An Evolutionary Analysis of Jewish Involvement in Twentieth Century Intellectual and Political Movements, Kevin MacDonald—perhaps America’s preeminent pseudo-academic white nationalist—claims that Jews are responsible for opening America’s borders to nonwhites. “Jewish organizations,” he wrote, “have been able to have a vastly disproportionate effect on U.S. immigration policy because Jews as a group are highly organized, highly intelligent and politically astute.” Organized, intelligent, astute—and dedicated to helping “Latino activists” achieve their goal “of ‘reconquering’ the United States via immigration and high birth rates.” David Duke makes the point more crudely. “Jewish groups,” he declared in 2016, “lead the effort for Europe and America to take a catastrophic flood of non-European refugees/terrorists/rapists/criminals.”

“As Thomas Chatterton Williams suggested last year in The New Yorker, “Jews will not replace us”—the phrase made infamous last year in Charlottesville—has its roots in the fear that native-born whites will be replaced not by Jews but by immigrants. The replacers come from the third world thanks to Jews who orchestrate the process.”

“Sometimes the association is more subtle. The culprits are not Jews as a group but nefarious individuals who just happen to be Jews. In his 2001 book The Death of the West: How Dying Populations and Immigrant Invasions Imperil Our Country and Civilization, Pat Buchanan fingers an unlikely group of suspects: Theodor Adorno, Erich Fromm, Herbert Marcuse, and other members of the Frankfurt School, who emigrated from interwar Germany to the United States. By depicting the traditional “Christian” and “capitalist” family as the incubator of fascism, Buchanan argues, these “Jewish and Marxist” intellectuals sapped Americans’ willingness to have children and to resist immigration from the developing world. Thus, Buchanan argues, “In the death of the West, the Frankfurt School must be a prime suspect.”

“These days, the Jew most frequently depicted as secretly engineering the immigrant takeover of America is George Soros. Last fall, after a Hungarian parliamentarian declared it a “Christian duty to fight Satan’s Soros plan to bring migrants into Europe,” Iowa Representative Steve King responded, “It’s Soros’ plan for America, too.” Ann Coulter has claimed that “George Soros–inspired prosecutors” are allowing “illegals to plea [sic] guilty to some minor offense, to prevent them from being deported.” Alex Jones has called “billionaire globalist George Soros” one of the “driving forces behind the massive migrant caravan marching to the U.S. southern border.” On Lou Dobbs’s show on Fox Business, Judicial Watch’s Chris Farrell recently said that the “Soros-occupied State Department” might be funding supporters of the caravan. Florida Representative Matt Gaetz last month tweeted a video supposedly showing people “giving cash 2 women + children 2 join the caravan and storm the US border.” Then he asked: “Soros?”