No ifs and or buts, this is serious business. The Boeing stockholders, any investors, US congressional Oversight Committee members from both sides of the aisle need to be asking some tough questions of Boeing’s top level executives including its CEO Dennis Muilenberg as to why there was a delay until the afternoon of the 13th of March 2019, to ground the newer Boeing model planes, the 737 Max 8 and Max 9, even after they knew that the 737 Max 8 plane was involved in two fatal crashes within 5 months, and at least until an adequate investigation had been conducted.

Both crashes indicated too similar a pattern of what went wrong within minutes after take-off, to where discounting the possibility that there’s a real problem requiring correction, should not have been an option. Ethiopian Airlines CEO Tewolde GebreMariam had shared with CNN that the similarities between the Lion Air crash and Sunday’s Ethiopian Airline’s crash were “substantial.”

FAA decision makers should be required to do some explaining, as well. Why were its officials vouching for the planes safety when its officials have gone on the record to detail design changes to the 737 Max 8, it said it was “mandating” be made “no later than April 2019.” Most had to do with “flight control system enhancements” that had previously reduced pilots’ reliance on memorizing procedures, including MCAS, the new software that had been scheduled to be added to the 737 Max planes but was delayed because of the January 2019 government shutdown .

Here’s the thing, both the Boeing executives and the FAA officials had been aware of the similarities in patters of how both crashes occurred for the past several days. So, why were the planes not grounded in the USA until late on 3/13/2019, after just about every other country had done so?

Until the last minute, Boeing’s CEO was attempting to keep the Boeing Max 8 and Max 9 planes flying as per his last call on 3/13/2019 to the republican President Donald Trump. Fortunately, President Trump took the corrective action by grounding the Boeing 737 Max 8 and Max 9 models until further notice, pending the investigative findings by the FAA and other US governmental agencies.

It does not surprise me that the 2 black boxes retrieved from these plane crashes were sent to France to have its experts review whatever data can be retrieved instead of the USA.

As per a March 13, 2019 VOX report, “Boeing’s CEO Dennis Muilenberg reportedly put in a call with President Donald Trump on Tuesday (3/13/2019) to try to convince him not to ground his company’s embattled 737 Max 8 planes after two such models crashed in a matter of months. A number of countries have decided to keep the planes out of the air, but not the United States.”

“The relationship between the Trump administration and Boeing has come under increased scrutiny in recent days amid concerns over the safety of one of the manufacturer’s planes. On Sunday, March 10, 2019 Ethiopian Airlines flight 302 from Addis Ababa, Ethiopia, to Nairobi, Kenya, faltered and crashed soon after taking off, killing all 157 people on board. Just five months before, in October, a Lion Air flight taking off from Jakarta, Indonesia, crashed, killing all 189 passengers. The flights were the same model of planes, the Boeing 737 Max 8.”

“Multiple countries have grounded the planes, and in the US, there is increased pressure on the FAA to follow suit, including from members of Congress from both sides of the aisle, such as Sens. Elizabeth Warren (D-MA), Richard Blumenthal (D-CT), Dianne Feinstein (D-CA), Mitt Romney (R-UT), and Ted Cruz (R-TX).”

After reading several news reports, I’ve formulated a theory as to what I think happened. The Boeing Company introduced its 737 Max 8 model around May 2017 when it sold its first one to Malindo Air, which placed the aircraft into service on May 22, 2017. The 737 MAX was touted as being an updated version of the earlier 737 designs. One Boeing 737 Max 8 retails at about $117 million dollars.  As per http://www.b737.org.uk/sales.htm, “The Boeing 737 is the best-selling commercial aircraft in aviation history, over 15,000 aircraft ordered.”

The flawed decision making by Boeing began when the company refused/ declined to classify the Boeing 737 Max 8 and Max 9 as new models because that classification would have required additional training for every pilot who would be flying these planes.

As per a SAS report, if a pilot has never flown a specific aircraft type before, he or she has to do a full type rating course. The technical course and simulator training can take about four to six months. This has to be done for every new aircraft type pilots fly.

The Boeing 737 plane is Boeing’s most popular selling plane. It may have slowed down sales if these Max 8 and Max 9 planes being purchased by the different airlines around the world, included the added expense of the airlines having to train all their pilots.

But the classification of the 737 Max 8 and Max 9 as new models, requiring additional training for all pilots who would be flying them, is exactly what was needed to avoid the 2 Boeing 737 Max fatal crashes in October 2018 and on March 10, 2019, costing the lives of 346 passengers.

The Boeing’s executives’ short sighted thinking and management style has to be exposed to added scrutiny, as they have placed its branding as a top notch, well managed organization at risk, which was both foreseeable and preventable. 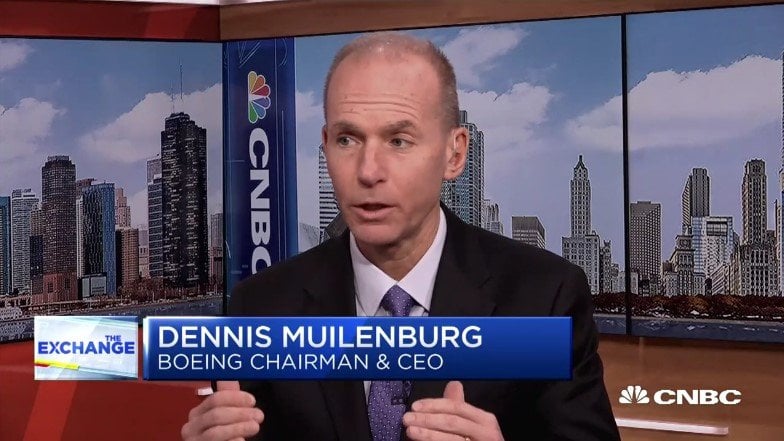 Here’s the rest of the story which bolsters my thinking…

The following tweet by the MSNBC TV show’s host Rachel Maddow on 3/12/2019, had informed my conviction that these planes should be temporarily grounded:

“The software fix to solve the unexpected nosedive problem in these planes had been expected in early January but the government shutdown reportedly “halted work on the fix for five weeks.”

As per the Business Insider correspondent Benjamin Zhang, “At the heart of the controversy surrounding the 737 Max is the new software,  MCAS, the Maneuvering Characteristics Augmentation. On March 13, 2019, Aaron Gregg, Jonathan O’Connell, Andrew Ba Tran and Faiz Siddiqui of the Washington Post penned the following report, “At tense meeting with Boeing executives, pilots fumed about being left in dark on plane software”

“Boeing executives sat down last November (2018) with pilots at the Allied Pilots Association’s low-slung brick headquarters in Fort Worth.”

“Tensions were running high. One of Boeing’s new jets — hailed by the company as an even more reliable version of Boeing’s stalwart 737 — had crashed into the ocean off Indonesia shortly after takeoff, killing all 189 people on board the flight operated by Lion Air.”

“After the crash, Boeing issued a bulletin disclosing that this line of planes, known as the 737 Max 8, was equipped with a new type of software as part of the plane’s automated functions. Some pilots were furious that they were not told about the new software when the plane was unveiled.”

“Dennis Tajer, a 737 captain who attended the meeting with Boeing executives, recalled, “They said, ‘Look, we didn’t include it because we have a lot of people flying on this and we didn’t want to inundate you with information.”