I couldn’t resist sharing the following piece in full as it just hit home for me. A Democratic Georgian female legislator has obviously reached her limit in having to fight off GOP’s attempts to to control the lives of women’s bodies. She has decided to return the favor to her male colleagues who seem to be overly obsessed with women’s private parts as they attempt to draft new more restrictive anti- abortion laws, with her own legislation that she has introduced to restrict men’s testicular activities.

On March 12, 2019, Laura Clawson of the Daily Kos penned the following report, ‘Georgia Democrat responds to anti-abortion bill with ‘Testicular Bill of Rights’

“Georgia Republicans are at it again, trying to control women’s bodies through the law—but this time, state Rep. Dar’shun Kendrick is replying in kind with her “Testicular Bill of Rights” showing what it looks like to propose similar legal control of men’s bodies.”

“It’s a direct response to a Republican bill to ban abortion after six weeks, a point when many women don’t even know they’re pregnant yet. That bill recently passed the Georgia House and is headed for a vote in the state Senate. Georgia law already requires a waiting period before a woman can exercise her legal right to have an abortion, as well as limiting insurance coverage for state workers and women in the state’s Affordable Care Act health exchange.”

On March 12. 2019, Katie Mettier of the Washington Post penned the following report, “Read the ‘testicular bill of rights,’ one lawmaker’s answer to antiabortion legislation”

“It started, as all things do, with a tweet.”

“Ggggooooodddd morning!” state Rep. Dar’shun Kendrick, a Georgia Democrat, wrote Monday (3/11/2019), introducing what she is calling her “testicular bill of rights” legislative package. “You want some regulation of bodies and choice? Done!”

“The tweet included an image of an email outlining her five-point plan:” 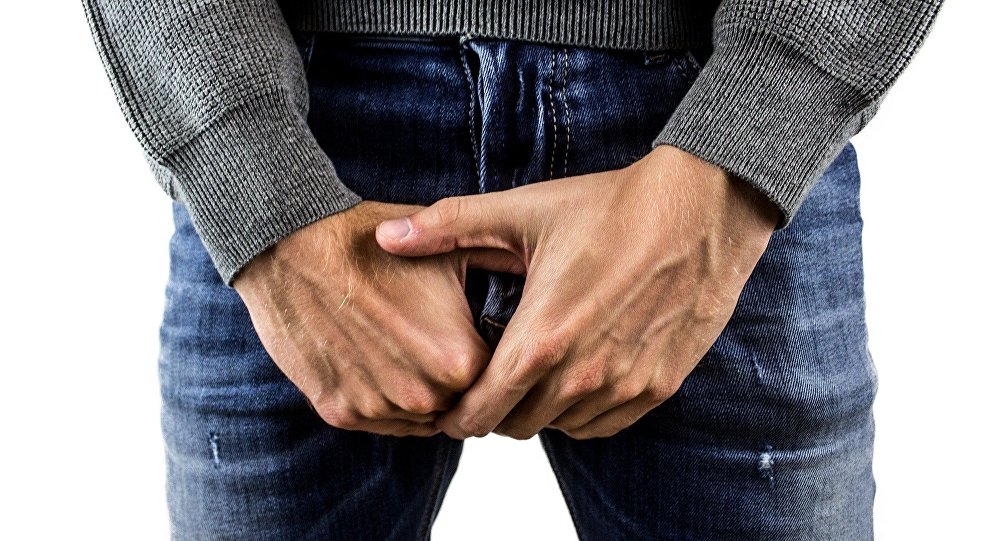 “Kendrick’s testicular bill of rights is a direct answer to HB 481, the “heartbeat bill” passed by her Republican colleagues in the Georgia House of Representatives last week. The bill would ban abortion in Georgia at about six weeks, when a detectable heartbeat is first found in a fetus.”

“At 6 weeks, many women do not yet know they are pregnant.”

“If the antiabortion bill passes the Georgia Senate and is signed into law by Gov. Brian Kemp, it would be among the most restrictive in the country, reported the Atlanta Journal-Constitution.”

“She told Rolling Stone she knows the bill will not pass — definitely not this year, because the filing deadline has already passed, and maybe not ever. But that was never the point, she said. She proposed her testicular bill of rights to “bring awareness to the fact that if you’re going to legislate our bodies, then we have every right to propose legislation to regulate yours,” Kendrick told Rolling Stone.” 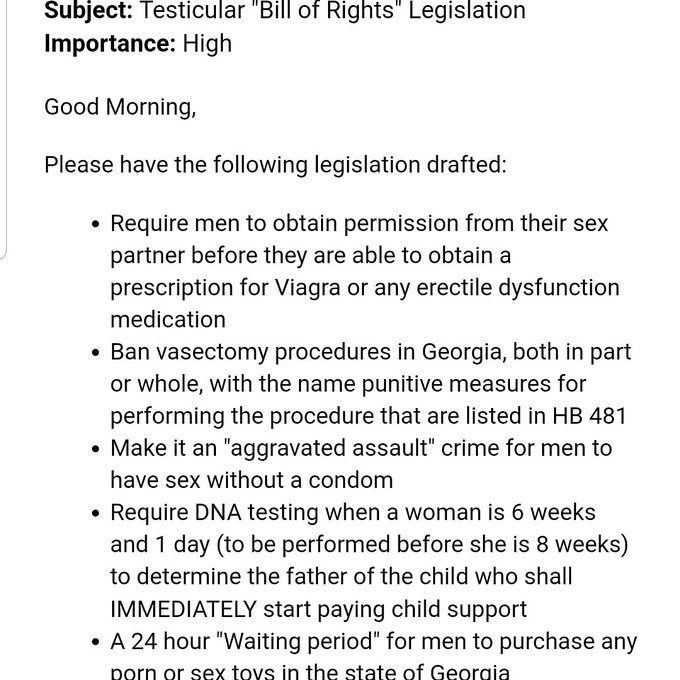 Ggggooooodddd morning! Introducing my “testicular bill of rights” legislative package. You want some regulation of bodies and choice? Done! 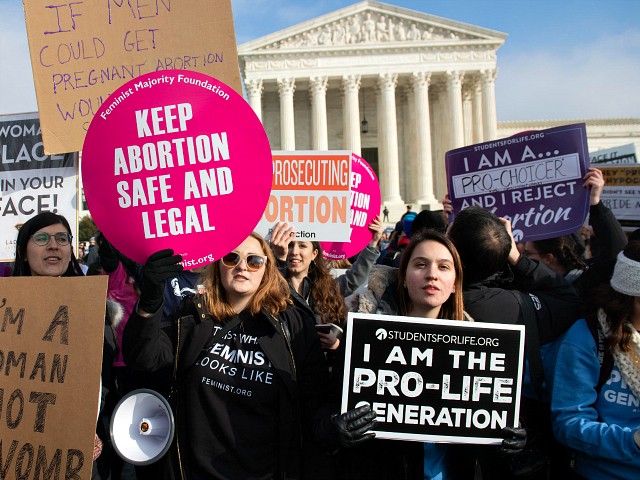 “The testicular bill of rights comes after House Democrats in Georgia argued against the antiabortion bill that passed last week. When the bill’s sponsor, Republican state Rep. Ed Setzler, introduced the bill, at least 20 Democrats stood and turned their backs to him. About six female Democrats protested the vote by walking out of the chamber, reported the AJC.”

“It is a case to test Roe v. Wade. They’re hoping that it gets up to the Court of Appeals — the 11th Circuit is one of the most conservative court circuits, and they’re hopeful that they will uphold part of it, and then they’ll take it all the way to the Supreme Court,” Kendrick told Rolling Stone. “They know exactly what they are doing. This is intentional.”