In the USA, every 10 years the US government is obligated by the US Constitution to conduct its census to count everyone living within it borders. The information regarding any particular individual is held absolutely confidential. It’s the sum of the numbers that are used to insure that federal, state and local decisions are based on where the need is. The US Commerce Department is the government entity in charge of executing the US census duties. The head of this department is the republican Secretary Wilbur Ross.

But in the republican President Donald Trump’s administration nothing is straight forward anymore. It turns out that the White House had managed to add a new question to sample census forms, which asked about the respondents’ citizenship. 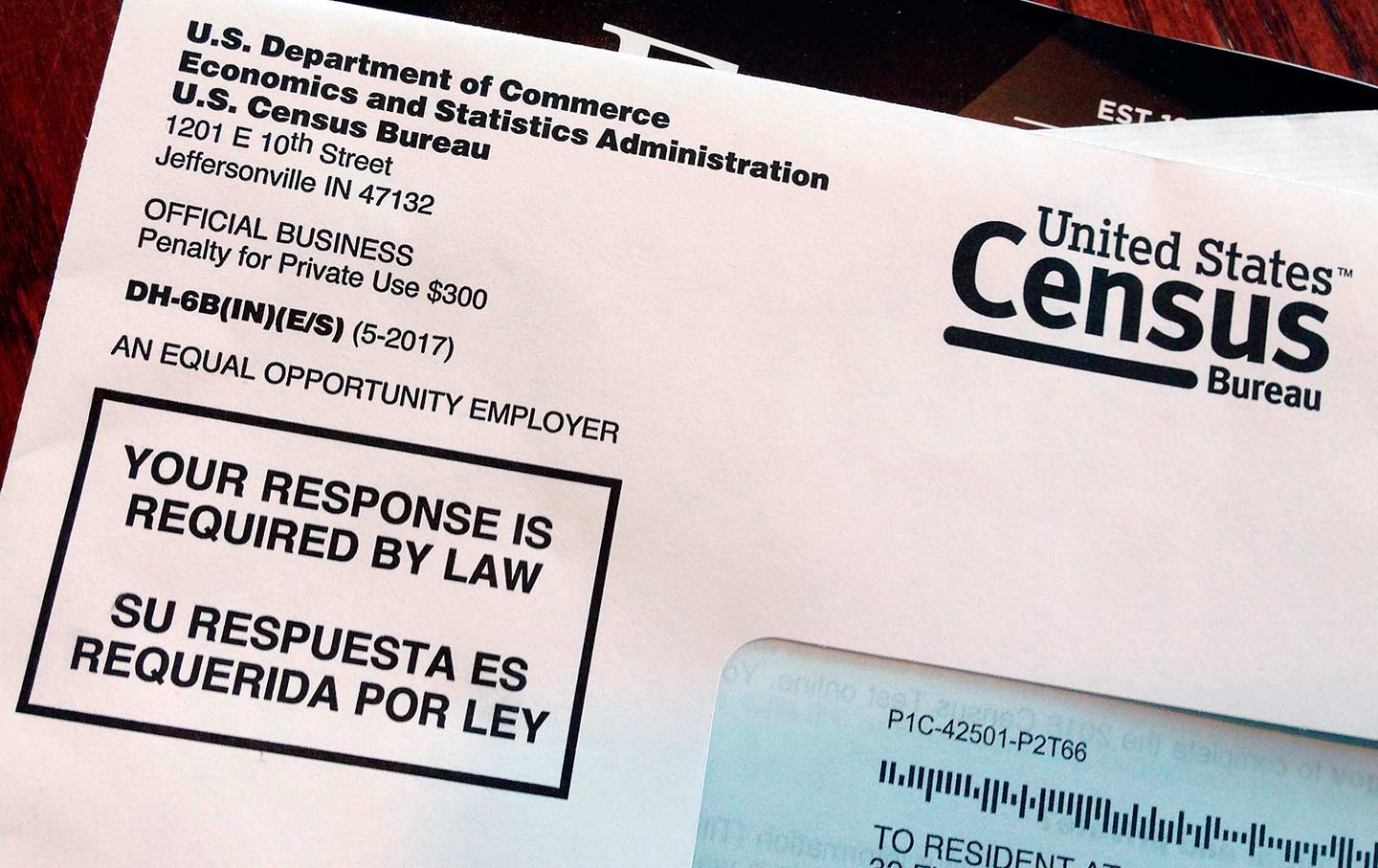 When the Commerce Secretary Wilbur Ross had been asked on numerous occasions to explain why this question had been included in the census form, he consistently testified  that it was the US Department of Justice which had requested that this question be added to the census questionnaires.

But of course, it turns out he was prevaricating each and every time. It just so happens that it was the Commerce Secretary Ross who asked the US Department of Justice officials to provide the justification in writing so that he could add the citizenship question to the census forms.

Eventually, the US House Oversight Committee Democratic Party members were in possession of data demonstrating that Secretary Wilbur Ross had been playing games with the truth for about 2 years. Originally, it was the White House Adviser Steve Bannon who had wanted this citizenship question listed on the 2020 census questionnaires.

The US House committee members came to be in receipt of a July 21, 2017 email copy sent by the head of the president’s commission regarding voter fraud, Kris Kobach to Secretary Ross’ chief of staff revealing he had spoken to Ross “at the direction of Steve Bannon” and that the citizenship issue was “pretty straightforward,” as Mr. Bannon had provided “the text of the question to be added. All of this was done before Mr. Ross added this controversial question to the census forms.

It was only logical that the US House Oversight committee members would invite Mr. Ross to explain the confusion at a hearing scheduled for March 14, 2019, about how he decided to add the citizenship question to the census forms. It ended up being an exercise in the art of stone-walling while the GOP committee members strongly backed Mr. Ross’s push to include the citizen question to the census forms for the first time since 1950.

During the 3/14/2019 hearing. Secretary Ross assured Rep. Virginia Foxx, R-N.C., that the data collected about citizenship would not be used in immigration enforcement and that the census question will not ask about legal status of the respondent. There’s nothing in the census data that can be used by enforcement authorities for immigration or for any other purpose.

But the questionnaire does ask where the respondent is from, and frankly, I’m suspicious of anything that’s done by President Trump’s administration regarding immigration issues.

Secretary Ross’ appearance before the committee came just days after a second federal judge said he had violated federal law and the Constitution by hastily adding the question to the survey. This is expected to be reviewed in April 2019 by the US Supreme Court for a final decision as to whether the Commerce Secretary Ross can or cannot add the citizenship inquiry to the census forms. 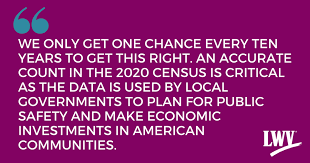 As per a 2/15/2019 NPR report, “The Supreme Court has agreed to decide whether the Trump administration can add a citizenship question to the 2020 census. The decision grants the administration’s request for an immediate review of a lower court’s ruling that stopped plans for the question. A hearing is expected to be held in April.”

“The question asks, “Is this person a citizen of the United States?”

“The Trump administration is locked in a legal battle with dozens of states, cities and other groups that do not want the question to appear on forms for the constitutionally mandated head count of every person living in the U.S.”

On March 14, 2019, Kurt Bardella, senior advisor for the House Oversight and Government Reform Committee from 2009-2013, of NBC News penned the following report, “Trump administration’s citizenship census question is an unconstitutional mess. But who’s to blame?” (“House Democrats are trying to get to the bottom of a scandal that could be just as consequential as the Mueller report.”)

“As demographics continue to remake American into a more diverse population, some desperate Republicans seem to hope they can to cling to power by tampering with the system. The census is a constitutionally-mandated count that happens every 10 years. From that count — as directed by the Constitution — representation in government is apportioned. It’s not rocket science. If you undercount minorities and immigrants, you are depressing their representation in government.” 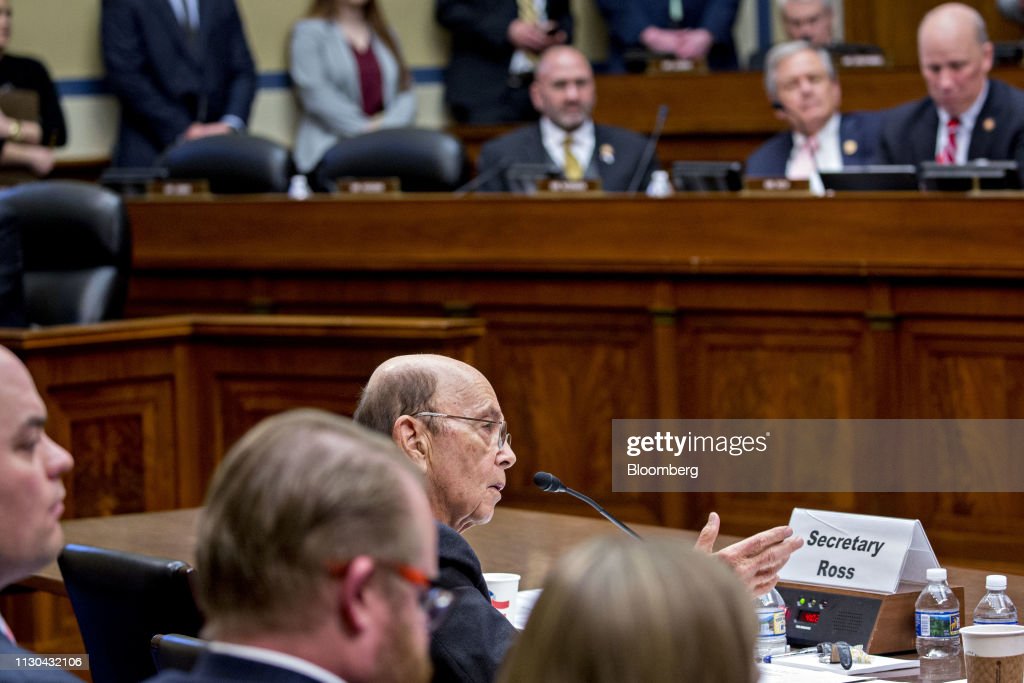 “Ross’ decision warrants suspicion when you factor in the repeatedly inaccurate statements  he has told Congress about the origins of the citizenship question. These past statements will certainly be interrogated during Thursday’s (3/14/2019 House Committee on Oversight and Government Reform hearing.”

“Appearing before the House Appropriations Committee on March 20, 2018, Ross testified that “we have had a request, as everyone is aware, from the Department of Justice, to add a citizenship question to the 2020 census.” He was specifically asked if “the president or anyone in the White House discussed with you or anyone one your team about adding the citizenship question?” Ross responded, “I am not aware of any such [discussion].”

“On multiple occasions, at multiple congressional hearings, Ross testified that the decision to add the citizenship question to the census came from a Justice Department request.”

“Internal documents made public revealed that on March 10, 2017, Ross received an email from the Commerce Department’s chief financial officer and assistant secretary for administration regarding “your question on the Census,” which included a Wall Street Journal article with the headline, “The Pitfalls of Counting Illegal Immigrants.”

“On April 5, 2017, Ross’ executive assistant sent an email to his wife asking about his plans for that evening because White House chief strategist Steve Bannon had “asked that the Secretary talk to someone about the Census.”

“On May 2, 2017, Ross complained in an email to his staff, “I am mystified why nothing have [sic] been done in response to my months old request that we include the citizenship question.” Earl Comstock, the director of the Commerce Department’s office of policy and strategic planning responded: “We need to work with Justice to get them to request that citizenship be added back as a census question, and we have the court cases to illustrate that DOJ has legitimate need for the question to be included. I will arrange a meeting with DOJ staff this week.”

“So, as it turns out, the Justice Department was asked by the Commerce Department to request the question, with the full knowledge of the commerce secretary.”

“When Ross testified to Congress that the citizenship question originated with DOJ, he was lying. The question originated with the White House and Steve Bannon. On July 21, 2017, Kansas Secretary of State Kris Kobach sent an email to Ross’ chief of staff revealing he had spoken to Ross “at the direction of Steve Bannon” and that the citizenship issue was “pretty straightforward,” as Bannon had provided “the text of the question to be added.”

“The last time there was any hint of White House interference in the census process, House oversight Republicans, led by my boss at the time Darrell Issa, went into full attack mode,  lambasting the effort as a “shamefully transparent attempt by your Administration to politicize the Census Bureau and manipulate the 2010 Census.” So incensed were Republicans that they even introduced a resolution calling on the commerce secretary to “use all legal and reasonable means to count every living person” in the 2010 census.”

“That resolution made no mention of citizenship or legal status.”

“For more than a year, Democrats have been trying to get Wilbur Ross in front of the House Oversight Committee. Republicans resisted.”

See: AOC and Cohen remind Trump that Mueller isn’t the only investigator he needs to worry about