The Evangelical World, Part II/ Predestination/ Why Jerusalem Is Important

For a disclaimer, as a person of faith, I am in agreement with almost nothing of the US White Evangelicals’ thinking, as described below.

But the following discussion is an attempt by me to solve a puzzle as to how, a good portion of Evangelicals who are convinced that salvation is solely due to their belief in Jesus Christ, can be meshed with their belief that their fate rests in the hands of their Jewish brothers and sisters who don’t share this thinking.

But I found a hint of an answer in a 5/14/2018 NYT report, “In the NPR interview, Mr. Hagee spoke about his affection for Israel and how he believes Jews will be saved during the Second Coming of Jesus Christ, which he has long said is imminent.”

“While Jews do not believe in Jesus as their savior, Mr. Hagee said, they will accept him when he appears and “they will weep as one weeps for his only son for a period of one week.”

But what about all the Jewish peoples who have already passed away and who were not accepting of Jesus Christ? Maybe, they’re supposed to raised from the dead?

This is my second post on a series on the subject of the White Evangelism community in the USA. I consider this to be an important topic because its believers comprise about 26% of of the US population. but Its members have voted in 2016 for the republican President Donald Trump by a margin of 80% and they continue to approve of his presidency at rates that exceed 70%.

This is a major faction representing over 35 % of the president’s Republican party’s base of voters which would motivate him to cater to their interests.

Within the White House, President Trump relies on a group of Evangelical Christians for spiritual guidance. There are 2 key members of the Evangelical faith who work with President Trump, his Vice President Mike Pence and his Secretary of State Mike Pompeo.

A large percentage of Evangelicals believe in the concept of “predestination” which describes God as having determined each individuals place in the after life, even before a child is born. In short, it makes no difference how peoples behave here on earth, God has already decided on whether they are entering the gates of Heaven or not. Most of us who are peoples of faith don’t buy this thinking because it doesn’t comport with the concept of a God of Justice. For the Evangelical, the one caveat is that those who are saved have to be believers in Jesus Christ, as their God and Savior.

Many Christians believe that God’s salvation comes only by their following Jesus Christ based on the following passage:

As per a 1/3/2014 New York Times report, “Evangelicals Find Themselves in the Midst of a Calvinist Revival”by Mark Oppenheimer, For those who are sad that the year-end news quizzes are past, here’s one to start 2014: If you have joined a church that preaches a Tulip theology, does that mean a) the pastor bakes flowers into the communion wafers, b) the pastor believes that flowers that rise again every spring symbolize the resurrection, or c) the pastor is a Calvinist?”

“As an increasing number of Christians know, the answer is “c.” The acronym summarizes John Calvin’s so-called doctrines of grace, with their emphasis on sinfulness and predestination. The T is for man’s Total Depravity. The U is for Unconditional Election, which means that God has already decided who will be saved, without regard to any condition in them, or anything they can do to earn their salvation.”

“The acronym gets no cheerier from there.”

“Evangelicalism is in the midst of a Calvinist revival. Increasing numbers of preachers and professors teach the views of the 16th-century French reformer. Mark Driscoll, John Piper and Tim Keller — megachurch preachers and important evangelical authors — are all Calvinist. Attendance at Calvin-influenced worship conferences and churches is up, particularly among worshipers in their 20s and 30s.” In short, only those who become believers of Jesus Christ have been predestined to enter into the gates of Heaven.

It’s this belief that leads Evangelicals to acquire a prideful demeanor as they’re convinced  of their entitlement, they’re God’s chosen. That’s why they take great efforts to evangelize.

A significant portion of Evangelicals believe that their fate rests /centers around Israel being totally in the hands of the Jewish peoples.

As per a May 14, 2018, Philip Bump of the Washington Post penned the following report, “Half of evangelicals support Israel because they believe it is important for fulfilling end-times prophecy”

“Well before he was asked to offer a prayer at Monday’s ceremony marking the U.S. Embassy’s move from Tel Aviv to Jerusalem, earning the enmity of Mitt Romney, Pastor Robert Jeffress offered tangential insight into why many evangelicals think the move was so important.” 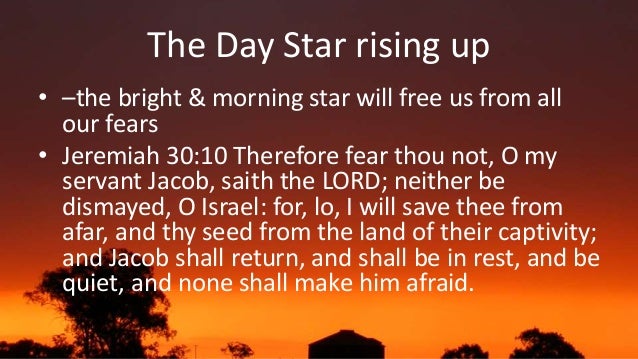 “Jerusalem has been the object of the affection of both Jews and Christians down through history and the touchstone of prophecy,” Jeffress told CNN last year. “But, most importantly, God gave Jerusalem — and the rest of the Holy Land — to the Jewish people.”

“Mr. Jeffress, who leads one of the largest Southern Baptist churches in the country, suggested in a 2010 interview with the Trinity Broadcasting Network that some churches might shy away from saying “anything that’s going to offend people” to try to grow their congregations. He made it clear he was going to preach what he believes the Bible says.”

“He added: “Judaism — you can’t be saved being a Jew. You know who said that, by the way? The three greatest Jews in the New Testament: Peter, Paul and Jesus Christ. They all said Judaism won’t do it. It’s faith in Jesus Christ.” 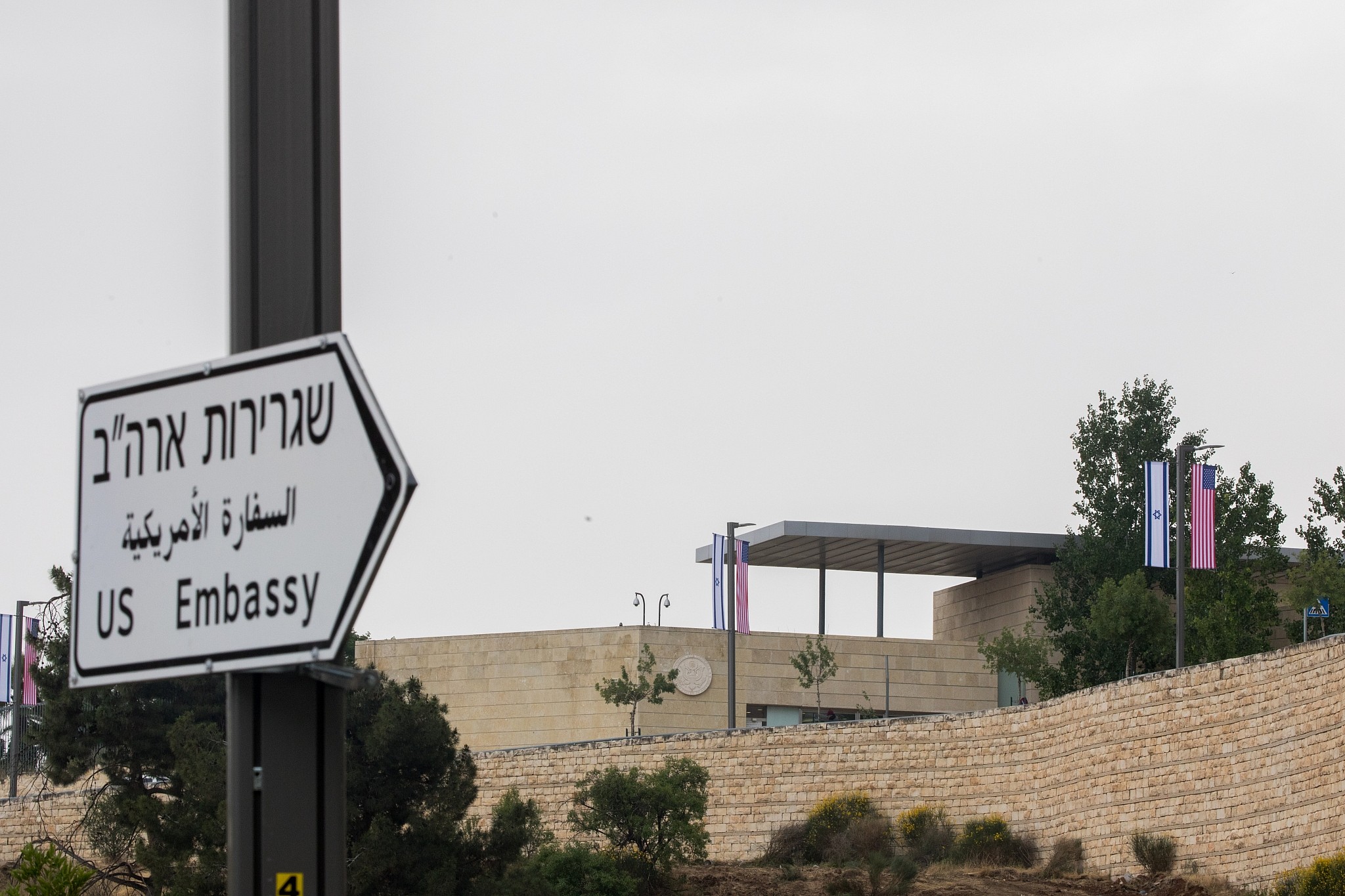 “The tenet of Christian Zionism is that God’s promise of the Holy Land to the Jews is eternal. It’s not just something in antiquity,”(as University of North Texas professor Elizabeth) Oldmixon told Vox last year, “When we talk about the Holy Land, God’s promise of the Holy Land, we’re talking about real estate on both sides of the Jordan River. So the sense of a greater Israel and expansionism is really important to this community. Jerusalem is central to that. It’s a historical and biblical capital.”

“In December, LifeWay Research conducted a poll evaluating the views of evangelical Americans on issues related to Israel and the politics of the Middle East. Among the questions was one about the biblical promise of the Holy Land to Abraham and his descendants. Two-thirds of respondents strongly agreed that the promise was an eternal one from God.”

“But it’s also worth picking out another part of what Jeffress said to CNN. Jerusalem, (about) “the touchstone of prophecy.” That prophecy is the biblical prophecy of the return of Jesus Christ and the beginning of the Rapture — the end times.”

“What kick-starts the end times into motion is Israel’s political boundaries being reestablished to what God promised the Israelites according to the Bible,” Pastor Nate Pyle told Newsweek in January.”

“This isn’t an uncommon view.”

“The LifeWay poll found that 80 percent of evangelicals believed that the creation of Israel in 1948 was a fulfillment of biblical prophecy that would bring about Christ’s return.”

“That meshes with a poll conducted by the Pew Research Center in 2003. Pew  asked respondents whether the existence of Israel fulfilled biblical prophecy. About a third of Americans said it did — while more than 6 in 10 evangelicals agreed.” “The LifeWay poll also asked evangelical respondents what factors contribute to their support for the state of Israel. More than 6 in 10 cited God’s pledge to Abraham. The third-most-cited reason was that the existence of Israel was necessary for fulfilling prophecy. More than half of evangelicals said that was a reason they supported Israel’s existence.” “Sixty percent of those age 65 and older said the fulfillment of prophecy was an important factor in their support for Israel. In a follow-up question, 12 percent of respondents said the fulfillment of prophecy was the most important reason they supported the state of Israel. A third pointed to the promise made to Abraham. (Forty-five percent of poll respondents said the Bible was the biggest influence on their views about Israel.”

“While Trump’s conservative politics (and deeply religious vice president) have led to concrete gains in other areas of importance to evangelicals, his support for Israel and for the move of the embassy has been an important factor as well.”

“At this point, Trump’s decision to recognize Jerusalem as the capital of Israel is the only concrete thing that his evangelical supporters can point to as part of fulfilling biblical prophecy to bring about the second coming of Christ,”  (said) religion historian Neil Young.”