For a disclaimer, as a person of faith, I am in agreement with almost nothing of the US White Evangelicals’ thinking, as described below.

This is my fourth post on a series on the subject of the White Evangelism community in the USA. I consider this to be an important topic because its believers comprise about 26% of of the US population. Its members had voted in 2016 for the republican President Donald Trump by a margin of 80% and they continue to approve of his presidency at rates that exceed 70%.

In short, this is a major faction makes up over 35% of the president’s base of voters which, in turn motivates him to cater to their interests.Within the White House walls, President Trump relies on a group of Evangelical Christians for spiritual guidance. There are two key members of the Evangelical faith who work with President Trump, his Vice President Mike Pence and his Secretary of State Mike Pompeo. 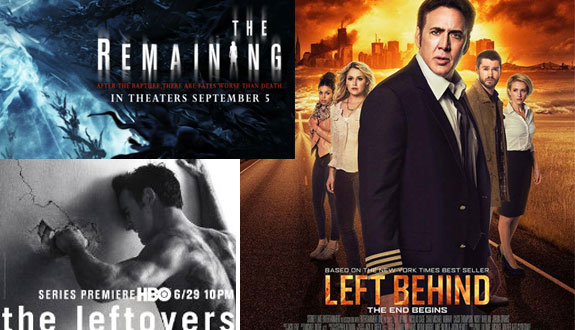 A I mentioned in my earlier post, my adult daughter was once upon a time, part of an Evangelical community, that she considers to be a cult. She has a lot of inside knowledge about their thinking. She shared with me that a very large percentage of Evangelicals as well as conservative believers from the Protestant and Catholic denominations have been taught this dogma about end times and the rapture.

At one time my adult daughter was a believer as well. But she explained how she read the bible for herself from start to finish numerous times. She could not find confirmation of these teachings by reading and studying the scriptures, comparing the Hebrew and the Greek translations, studying the Torah, so she started to have doubts. She mentioned her disbelief with other ministry members, but they jumped all over her. This is when she left.

She explained to me that in the bible, when Jesus Christ talks about the end times in the New Testament section, Revelations, he’s talking about signs of how believers can tell when the end times are near. She described it in terms of a doctor giving his patients advice based on their lab results. He’ll tell the patients what the signs will be if they don’t take corrective steps, but he comforts them with news on how they can be prepared to avoid the worst outcomes, how they can protect themselves.

As for the Rapture, my daughter mentioned that this is what movies and books have made popular. There’s the best-selling “Left Behind” book series and there’s a movie based on the them.

As per the 7/13/2018 Washington Post book review, The ‘Left Behind’ series was just the latest way America prepared for the Rapture” by Alissa Wilkinson, that helps to explain this Rapture concept in understandable terms.

“As a way to kick off the end of the world with a bang, the Rapture is right up there with zombies, killer robots, alien invasions and natural disasters. But no story — or, really, brand — has capitalized on the Rapture more successfully than “Left Behind,” the massively popular franchise about the coming of the Antichrist. And nothing has captured conservative American evangelicalism at the turn of the century as well, either.”

“This belief about the timeline of events at the end of the world has deep roots in American religion. In the 18th century, American Puritan minister and Harvard President Increase Mather and his son Cotton spoke of a Rapture of the faithful before a period of tribulation. Their views and similar ones were crystallized and popularized in 1827 by John Nelson Darby, one of the original members of the Plymouth Brethren denomination and the father of modern dispensationalism, a view of history espoused by some Christians which, among other things, holds that the Jewish people have not been replaced by the Church as God’s people and views the modern state of Israel as the biblical Israel, awaiting the fulfillment of all of the Old Testament’s promises before the end of days.”

“Some Christians — fundamentalists and certain evangelicals — believe that the Bible foretells a “premillennialist” Rapture: After peace is achieved between the state of Israel and the rest of the world, and following the rise of a one-world government, there will come a moment in which Christians will disappear from the earth en masse, signaling the rise of the Antichrist and the beginning of a seven-year tribulation period before Jesus’s eventual return to earth and, after a thousand-year period of peace, Satan’s final defeat.”

“A number of these scenarios showed up early in American fiction. Scholar Crawford Gribben points out that a century ago, on the verge of the Great War, the British writer Sydney Watson wrote a three-book post-rapture trilogy — “Scarlet and Purple” (1913), “The Mark of the Beast” (1915) and “In the Twinkling of an Eye” (1916) — that seems to have launched the genre and set its template. There was also the low-budget 1972 film “A Thief in the Night,”  followed by “A Distant Thunder” (1978), which everyone remembers for its indelible guillotine scene. (Two more films, “Image of the Beast” and “The Prodigal Planet,” followed.)” 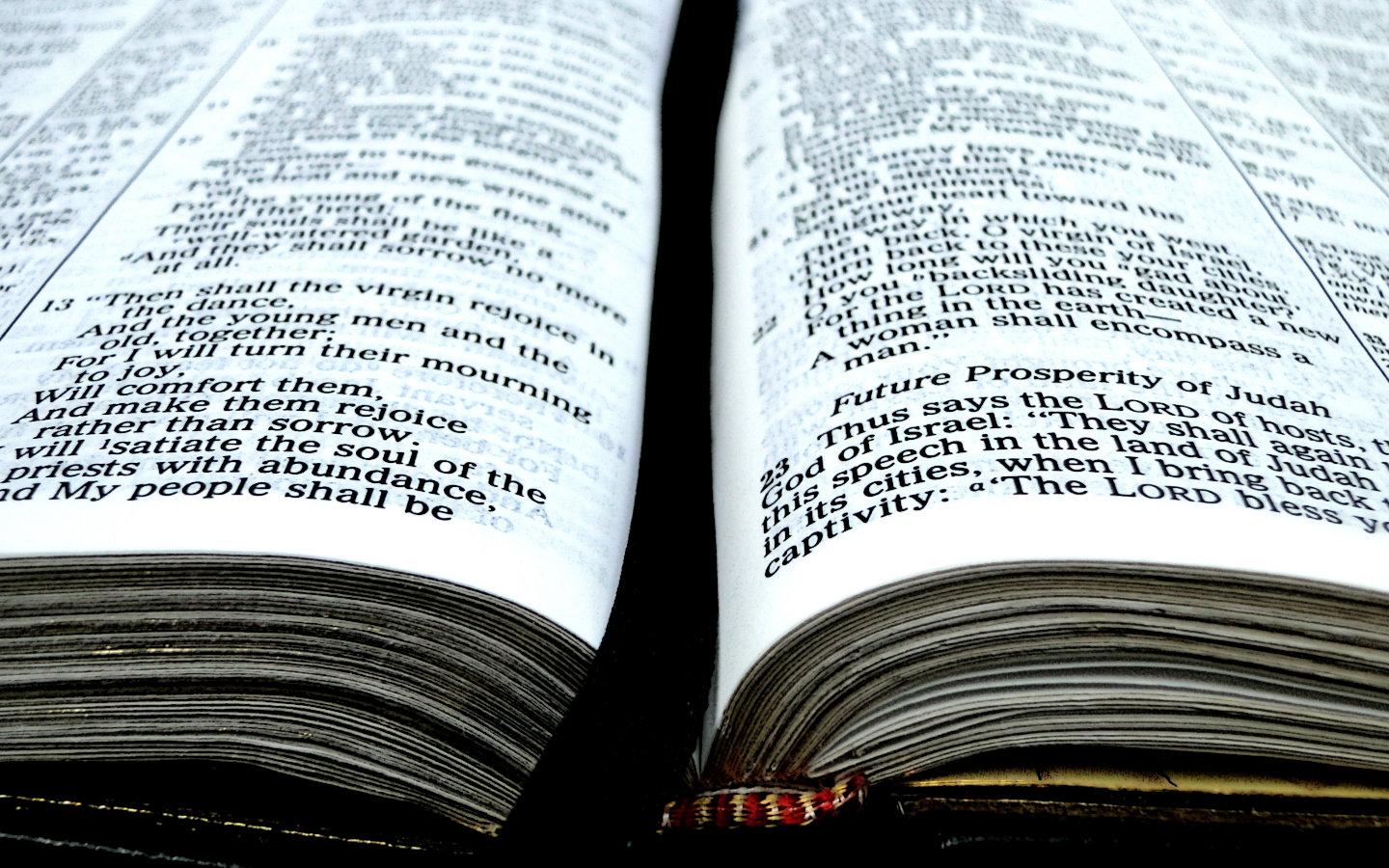 “And dispensationalists were getting in to the market. Hal Lindsey’s 1970 runaway bestseller “The Late, Great Planet Earth,” exploring Christian prophecy about the end times, sold 28 million copies in its first two decades in print and spawned a theatrically released film narrated by (of all people) Orson Welles, released in 1979, the same year that Jerry Falwell formed the Moral Majority — of which “Left Behind” co-author Tim LaHaye later became part.”

“LaHaye and his writing partner for the series, Jerry B. Jenkins, are dispensationalists and have pointed to both “A Thief in the Night” and “The Late, Great Planet Earth” as inspirations for their own work. Their first novel, simply titled “Left Behind,” was published in 1995 and became a runaway bestseller. Fifteen more novels were published in the main series, including three prequels to “Left Behind,” with the final volume, “Kingdom Come: The Final Victory,” released in 2007. Book 10, “The Remnant: On the Brink,” debuted at No. 1 on the New York Times bestseller list; seven of the novels reached the top of the charts. The series has sold more than 65 million copies.”

“Left Behind” follows a group of Americans through the days after the Rapture — which occurs shortly after an Israeli botanist wins the Nobel Prize for devising a way to grow crops in the desert, thereby making Israel a self-sustained trading partner with its neighbors and bringing peace to the Middle East. In the series that follows, the Antichrist, a charismatic young Romanian leader named Nicolae Carpathia, works through the United Nations’ machinery to consolidate currency and erase national borders. Eventually all are brought together under the Mark of Loyalty, a biochip inserted into the hand or forehead that allows one to purchase food, and a tattoo — the Mark of the Beast.”

“Left Behind” was well-timed. In 1995, with the Cold War ended, the USSR effectively dissolved and the Berlin Wall down — and well past the expiration date for “Late, Great Planet Earth’s” predictions about the 1980s — the average conservative evangelical in the pew was less worried about Russia and the bomb and more concerned about a twofold threat: apostasy and liberalizing trends in the church as well as the loss of national sovereignty through the United Nations.”