Will These Hate Crimes Never End? There’s The 4/27/2019 Mass Shooting At California Synagogue

On the 27th of April, 2019 and shortly before noon, PST/ 3:00 ET, there has been another mass shooting of a synagogue in the San Diego, California area where 3 attendees were injured plus one woman was fatally wounded while they they were celebrating Passover. The suspect has been taken into custody and he has been identified as a white 19 year old male student, John Earnest.

This is a developing story where updates will be posted as more information becomes available.

Yesterday the President justified anti-Semitic white nationalists, saying they just loved Robert E. Lee. Today, another synagogue has been attacked. The hate has gone too far. Love must rise. 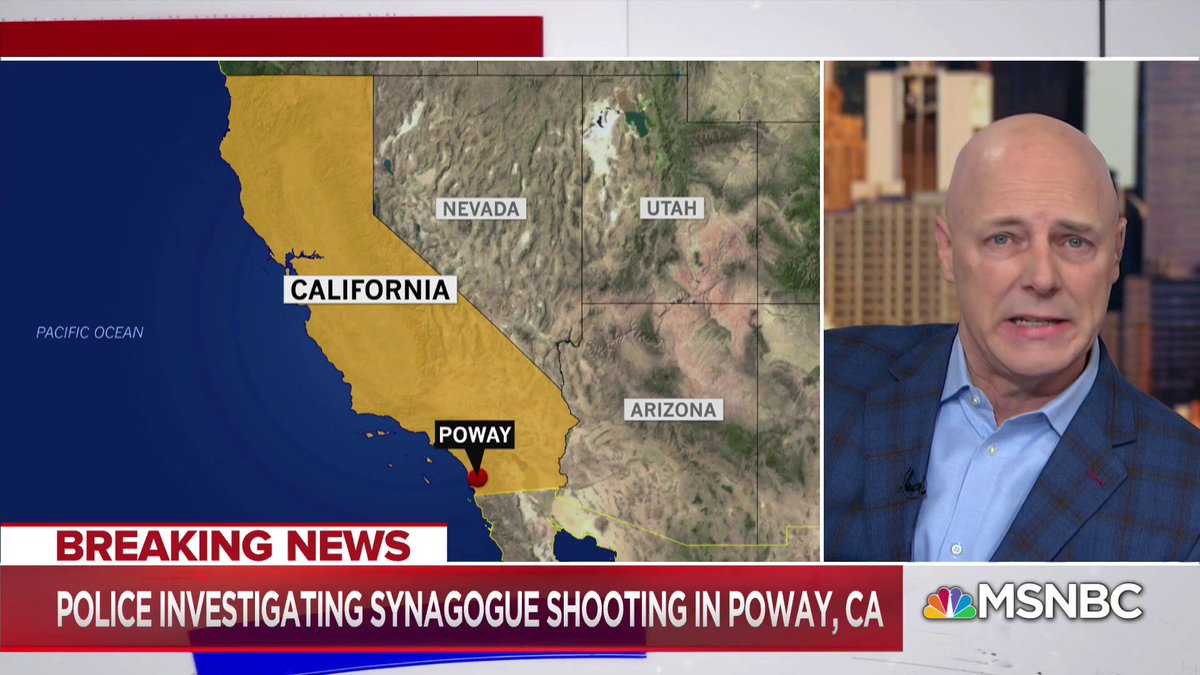 As per the 4/27/2019 Daily Beast report, “Shooting at San Diego Area Synagogue, Children Among the Injured” by Audrey McNamara and Pilar Melendez, “At least four people were injured (with one being a fatality), including children, following a mass shooting at a San Diego area synagogue, local authorities said.”

“The San Diego Sheriff’s Office said that a man is in custody and being question by investigators, and “we don’t believe there are any other suspects,” a spokesperson told The Daily Beast. The man’s name has not been released.”

The shooting comes on the last day of passover. According to the event announcement on the synagogue’s website, they were hosting a Passover Holiday Celebration that began at 11 a.m. and was set to end at 7 p.m. with a final Passover meal.

Shooting inside the Chabad of Poway, California. Just across city of San Diego border. During religious services. At least one person shot. 2 children injured. 2 children missing. My source is deputy sheriff via direct conversation, police band, and relative of person at Chabad.

Be aware of increased law enforcement activity in the 16000 block of Chabad Way as @SDSOPoway Deputies investigate reports of a man with a gun. Please stay clear of the area and allow deputies to safely do their job. Thank you for your patience and cooperation. 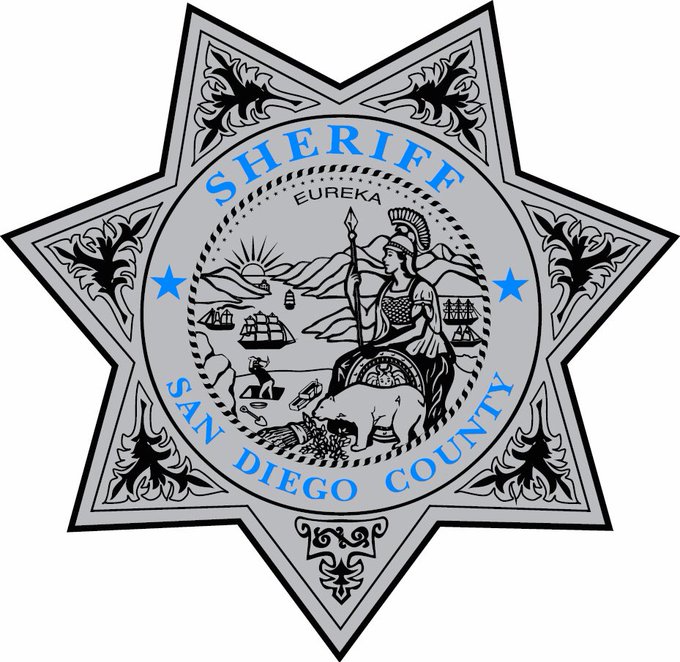 “Deputies investigate reports of a man with a gun. Please stay clear of the area and allow deputies to safely do their job. Thank you for your patience and cooperation,” read a tweet from the San Diego County Sheriff Office twitter account.

“Please stay clear of the area and allow deputies to safely do their job. Thank you for your patience and cooperations.”

Update#2 Those wounded in the Chabad of Poway #synagogueshooting were taken to Palomar Medical Center @PalomarHealth. Please respect the medical privacy of victims & their families during this difficult time. Remain clear of the area as this investigation will take several hours

“The shooting falls exactly six months after nearly a dozen people were shot and killed in a Pittsburgh synagogue during morning services.”

“The FBI office in San Diego said agents are working with local officials.”

“According to a preliminary investigation, deputies responded to Chabad of Poway just before 11:30 a.m PST after reports that a man with a gun opened fire at the synagogue, the San Diego Sheriff’s Office said. It was not immediately clear if the shooting took place inside or outside the building.”

“Police believe the a man walked into the Chabad synagogue and “started shooting” resulting in “a lot of injuries” in various degrees, the spokesperson said.”

“Police said that there were multiple patients and at least four people were transported Palomar Medical Center.

“A spokesperson at the Palomar Medical Center Poway confirmed to The Daily Beast the hospital received 4 patients, but only one trauma patient from a shooting at the Poway synagogue. Multiple reports said that two children were among the injured.”

“The Chabad center was founded in 1986 as a congregation “for Jews of all backgrounds who want to learn more about their Jewish roots,” according to their website.”

Update#2 Those wounded in the Chabad of Poway #synagogueshooting were taken to Palomar Medical Center @PalomarHealth. Please respect the medical privacy of victims & their families during this difficult time. Remain clear of the area as this investigation will take several hours

UPDATE 4/28/2019 FROM BOSTON 25 NEWS:Here’s what we know about the suspected shooter, John Earnest, 19, of Rancho Penasquitos:

1. “Deputies said he was armed “with an assault-type rifle” when he entered Chabad of Poway about 11:30 a.m. Saturday. According to the San Diego County Sheriff’s Department, Earnest fired multiple rounds, ran from the synagogue and fled in a vehicle. An off-duty Border Patrol agent then shot at Earnest, striking his vehicle, deputies said. Earnest, who had no previous arrests, called 911 was taken into custody by San Diego police, deputies said. ”

2. “One woman was killed in the shooting. According to CNN, witnesses said Lori Kaye, 60, of Poway, was shielding 57-year-old Rabbi Yisroel Goldstein from the gunman when she was shot. Kaye was taken to the hospital, where she died, CNN reported.” 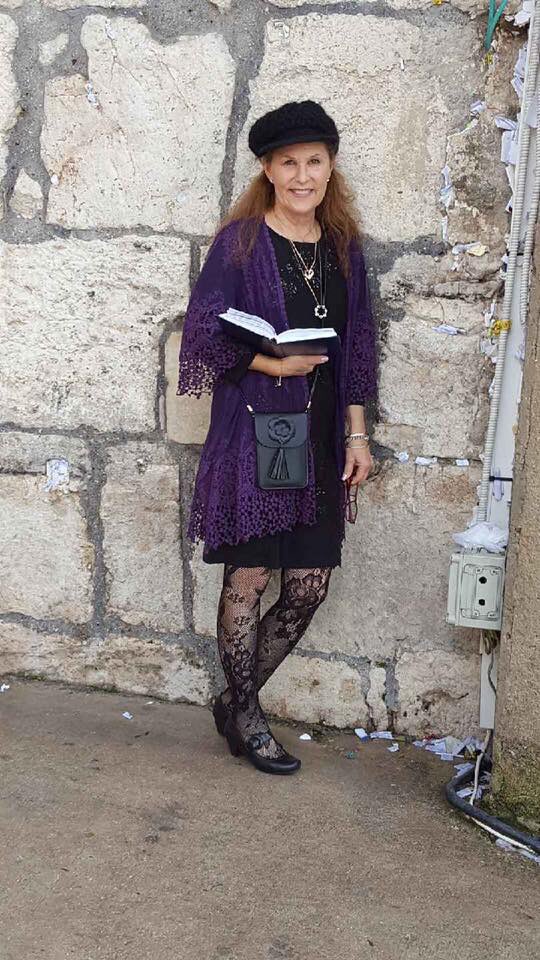 Her name is Lori Gilbert Kaye and she is a hero. She took a bullet to save her rabbi’s life. She died at the hospital… her rabbi survived.#Hero #ChabadofPoway #RIP

“Chabad of San Diego County’s executive director, Rabbi Yonah Fradkin, said in a statement that three others were hurt: Goldstein; Almog Peretz, 34; and Noya Dahan, 8. Goldstein’s index fingers were injured in the attack, according to the San Diego Union-Tribune. Peretz suffered a gunshot wound to the leg as he led a group of children to safety, witnesses said. Dahan was hurt when shrapnel struck her face and leg, the newspaper  reported.” 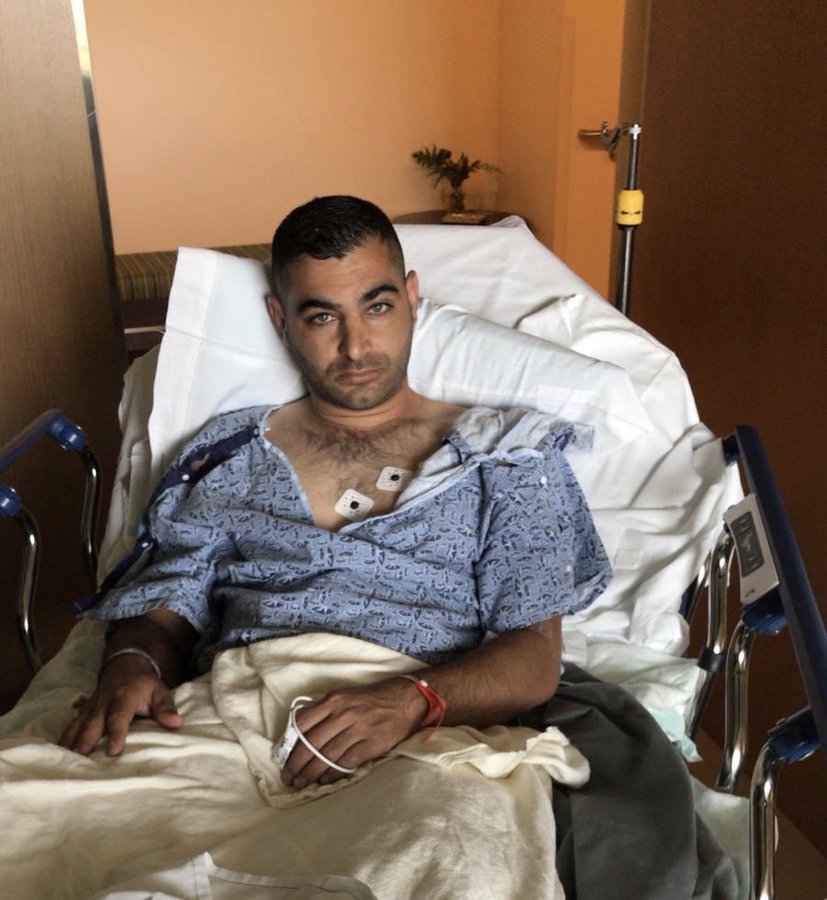 This hero is 34-year-old Almog Peretz. During the #Poway Chabad shooting, Peretz was described as “scooping up kids to safety.” Luckily his injuries are not life-threatening. 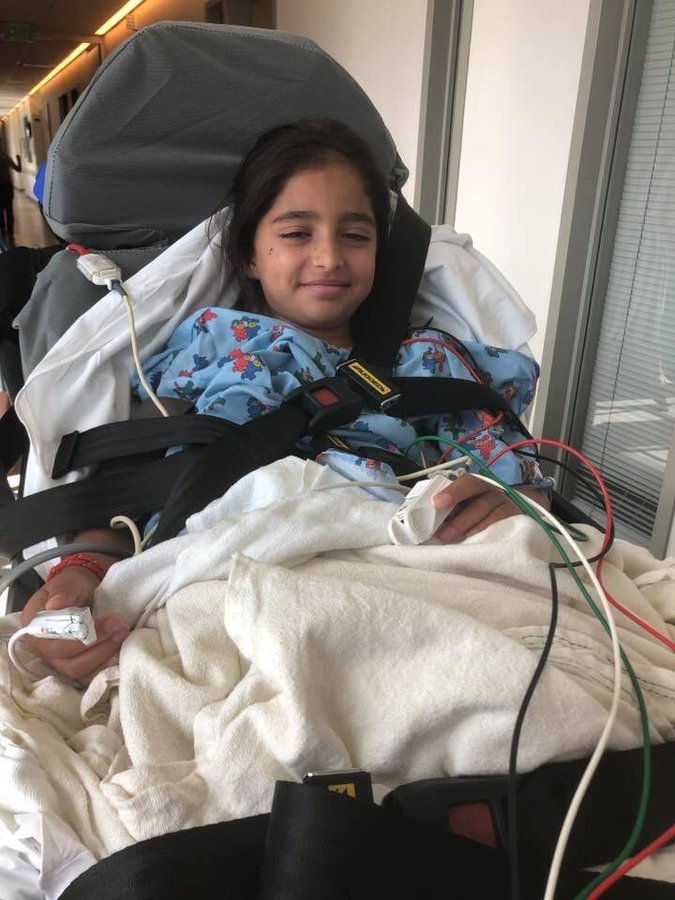 This is 8 year old Noya Dahan.

She is one of the victims of the Chabad of #Poway Synagogue Shooting.

Only senseless evil can do this to a child.

4. “Authorities are investigating whether he wrote an anti-Semitic “open letter” and claimed to have set fire to a local mosque, the Islamic Center of Escondido, in March. The writer of the manifesto, which made the rounds on social media, said Jews “disgust” him and praised the perpetrators of last year’s Pittsburgh synagogue shooting and last month’s New Zealand mosque attacks, the Union-Tribune reported. ”

5. “He may have planned to stream Saturday’s shooting online, according to another post on social media. But the livestream “apparently did not happen,” the Union-Tribune reported.”