I’ve been surprised that more hasn’t been made of the fact that the State Secretary Rex Tillerson was the only US witness to the first 2 hour plus long tête-à-tête between the republican US President Donald Trump and the Russian leader President Vladimir Putin during the summer 2017 G20 summit in Hamburg, Germany.

He has finally spilled some of the beans for 7 hours about what he observed at that 2017 summer meeting between Presidents Trump and Putin at a recent hearing held by the US House Foreign Affairs Committee. I would have loved to be a fly on that wall.

“Former secretary of state Rex Tillerson told members of the House Foreign Affairs “Committee that Russian President Vladimir Putin out-prepared President Trump during a key meeting in Germany, putting the U.S. leader at a disadvantage during their first series of tête-à-têtes.”

“The U.S. side anticipated a shorter meeting for exchanging courtesies, but it ballooned into a globe-spanning two-hour-plus session involving deliberations on a variety of geopolitical issues, said committee aides, who like others spoke on the condition of anonymity to discuss Tillerson’s seven-hour closed meeting with the committee.”

“We spent a lot of time in the conversation talking about how Putin seized every opportunity to push what he wanted,” a committee aide said. “There was a discrepancy in preparation, and it created an unequal footing.”

“Tillerson, whose public remarks about the president have been sparse since his dramatic firing in March 2018, spoke to a bipartisan group of lawmakers and staffers Tuesday (5/21/2019) at the request of the chairman of the committee, Rep. Eliot L. Engel (D-N.Y.).” 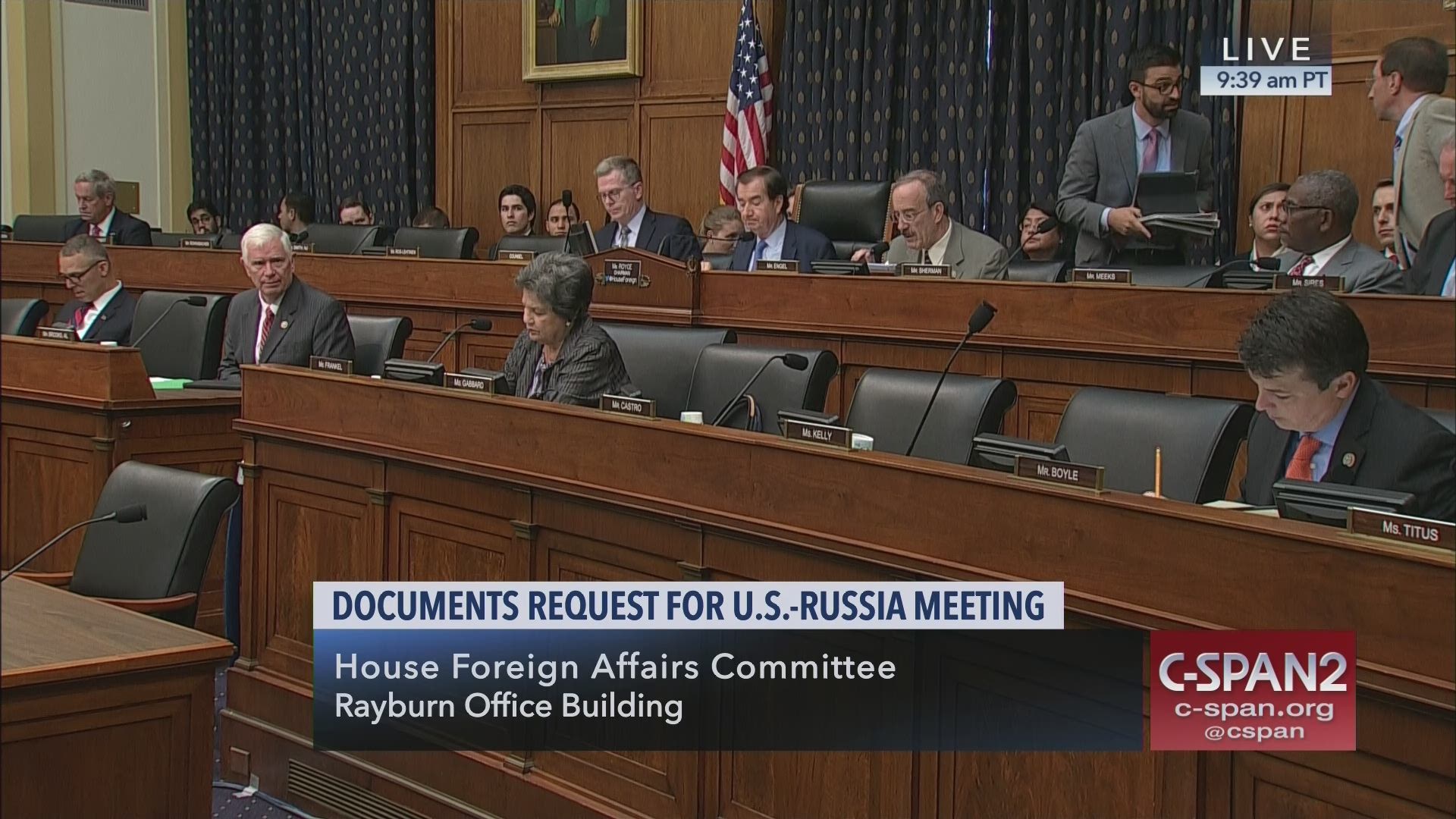 “In response to Tillerson’s remarks, Trump countered his former aide, saying in a statement that he “was perfectly prepared for my meetings with Vladimir Putin. We did very well at those meetings.”

“Committee aides peppered the former oilman with questions about the 2017 session in Hamburg. Unlike in Helsinki last summer, when Trump met with Putin without advisers present, Tillerson attended the Hamburg meeting, giving him rare insight into the 2 leaders’ interactions. Experts said the disparity in preparation was unsurprising but risky given Putin’s depth of experience and savvy.”

“Putin is a very nimble adversary who’s been at this for 20 years now,” said Andrew Weiss, a Russia scholar at the Carnegie Endowment for International Peace. “The Hamburg meeting sounds like it was one of Putin’s wildest dreams: a freewheeling backroom-style conversation with a U.S. president.”

“In the past, Trump has downplayed the importance of preparation, saying his gut instinct and ability to read a room are paramount for a successful summit.”

“I don’t think I have to prepare very much,” Trump said ahead of his historic first meeting with North Korean leader Kim Jong Un last year. “It’s about attitude, it’s about willingness to get things done. So this isn’t a question of preparation, it’s a question of whether or not people want it to happen, and we’ll know that very quickly.” “Tillerson told the committee that he believed there was more the United States needed to do to counter Russia on the global stage, said a person who was in the room.”

“When asked about the former secretary’s remarks, a Republican committee aide said that “we believe Tillerson’s testimony best speaks for itself, and are hopeful that our Democrat Chairman will release the full transcript of the meeting to the public soon.”

“Committee aides said that Tillerson refrained from openly disparaging the president but that his inability to answer certain questions was revealing.”

“In one exchange, Tillerson said he and the president “shared a common goal: to secure and advance America’s place in the world and to promote and protect American values.”

“Those American values — freedom, democracy, individual liberty and human dignity — are the North Star that guided every action I took at the State Department,” Tillerson said, according to a person in the room.”

“Upon questioning, Tillerson clarified that although he and the president shared the same goal, they did not share the same “value system.”

“It was not the first time Tillerson declined to defend the president’s values. In 2017, Fox News host Chris Wallace spoke to Tillerson about the deadly violence in Charlottesville, after Trump said “both sides” — white supremacists and the people protesting them — were responsible.”

“And the president’s values?” Wallace asked.”

“The president speaks for himself,” Tillerson said, a response that reportedly infuriated Trump.”

“Tillerson, who tangled repeatedly with Trump’s son-in-law, Jared Kushner, did not question the motives of the president’s familial adviser, but said Kushner should’ve consulted more often with State Department colleagues and that his lack of knowledge of history exposed him to being outmaneuvered, said a person who was in the room. He also said Kushner did not follow traditional diplomatic protocols, which made it difficult to understand what he was doing with world leaders.”

“Committee staffers were interested in how Middle East foreign policy was made, asking detailed questions about Kushner and Elliott Broidy, a top fundraiser and ally of Trump whose office was raided by federal investigators last year in a search for records about his dealings with Trump administration associates. Broidy has ties with the United Arab Emirates, a Persian Gulf ally that has worked closely with Kushner and has aligned itself with Saudi Crown Prince Mohammed bin Salman.”

“Trump and Tillerson sparred behind the scenes for months before Trump fired him in a tweet. But their public rapport took a dramatic turn in December when Tillerson told CBS that Trump did not read much and had issued directives that were against the law.”

“Trump responded in a tweet that Tillerson was “dumb as a rock” and “lazy as hell.”