In April 2019, the Israel’s Prime Minister Benjamin Netanyahu was crowing over another tough election victory. He thought he had magically pulled a rabbit out of a hat. It turns out that his win was short lived when he failed to form the required coalition governing body. Consequently, on (5/30/2019) the Israeli Parliament voted to disperse itself just a month after it was sworn in, with 74 votes in favor and 45 against which means that Mr. Netanyahu has to run for reelection again where he could possibly lose. 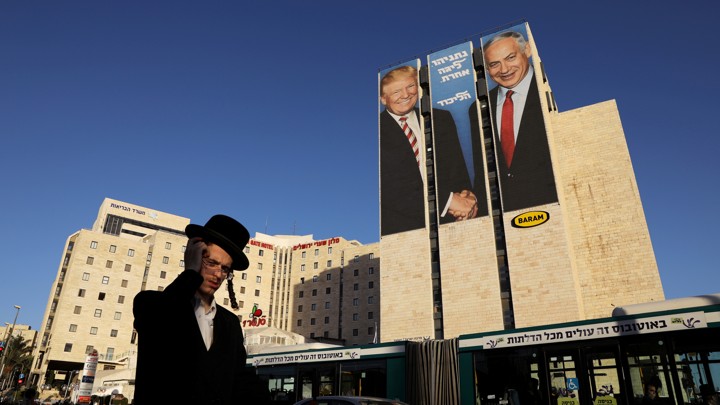 On May 29, 2019, Isabel Kershner of the New York Times penned the following report, “In Defeat for Netanyahu, Israel Moves to Hold New Election”

“Prime Minister Benjamin Netanyahu suffered a stunning defeat on Thursday (5/30/2019) after he failed to meet a midnight deadline to form a new government, casting a cloud over his future as prime minister and thrusting Israel into the chaos of a new election.”

“Just seven weeks ago, when Mr. Netanyahu basked in a postelection “night of tremendous victory,” he seemed invincible, confident that he would serve a fourth consecutive term and a fifth overall. Despite a looming indictment on corruption charges, he appeared set to surpass the nation’s founding leader, David Ben Gurion, as Israel’s longest-serving prime minister.” 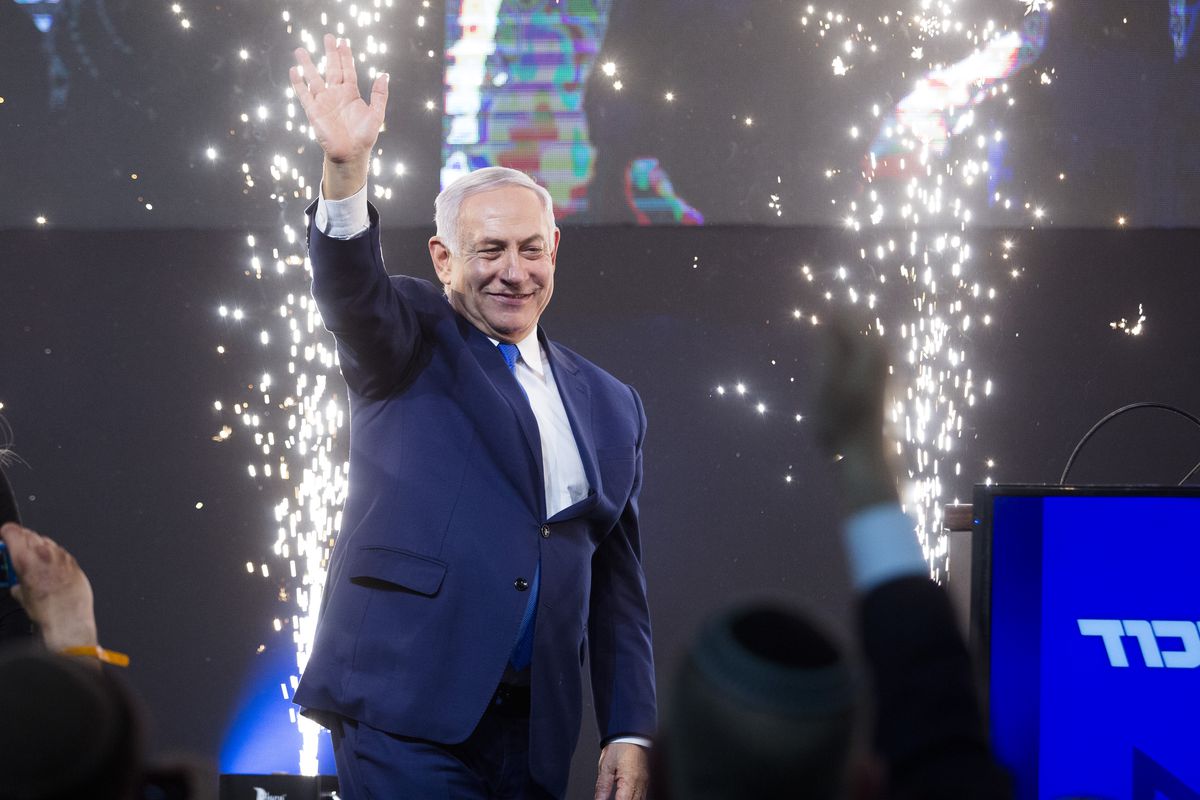 “But after weeks of negotiations, his plans ran aground on a power struggle between two blocs of his potential right-wing coalition — the secular ultranationalist and ultra-Orthodox factions — who refused to compromise on proposed legislation on military service.”

“The dream collapsed in a breathtaking display of political maneuvering in recent days, as Mr. Netanyahu, long nicknamed “the magician” for the political wizardry that has kept him in office continuously for the past decade, desperately tried to salvage his fortunes.” 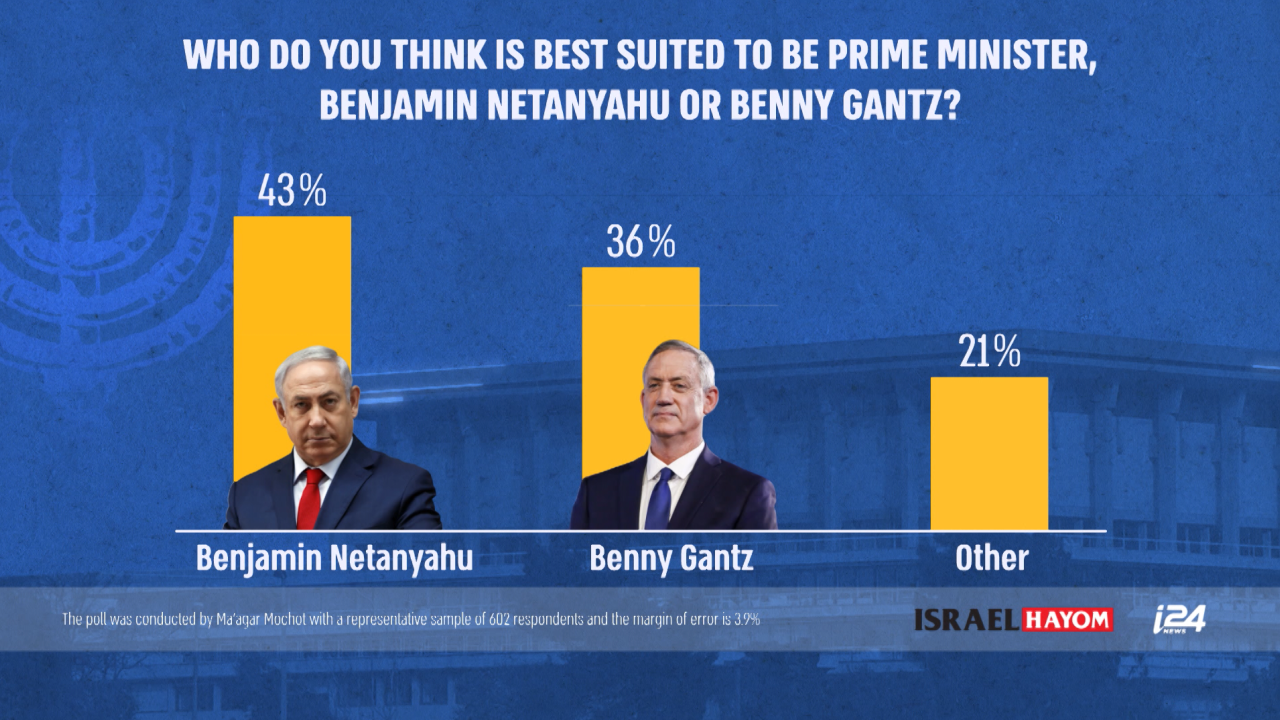 “With his conservative Likud party claiming it had locked down 60 seats, just one shy of a majority, he sought out new coalition partners and potential defectors from opposition parties. He even approached Labor, the center-left stalwart, which rebuffed his advance.”

“At the same time, his party advanced a fallback bill to dissolve Parliament and go to new elections.”

“That bill passed shortly after midnight on Thursday, with Parliament voting to disperse itself just a month after it was sworn in, with 74 votes in favor and 45 against. One member was absent.”

“Israelis will return to the ballot box in elections tentatively set for Sept. 17, the first time in the country’s history that it has been forced to hold a new national election because of the failure to form a government after the previous election.”

“Mr. Lieberman, whose five seats made him a kingmaker, said he supported Mr. Netanyahu but had refused to compromise with religious parties on a law that would end the wholesale exemption of ultra-Orthodox men from the military draft.”

Mr. Netanyahu said that position was a ruse.

“Lieberman never intended to reach an agreement,” Mr. Netanyahu said. “He clearly wanted to shoot down this government and he is doing so because he reckons he will receive a few more votes.”

“He won’t succeed, “ Mr. Netanyahu added, before hurling the ultimate insult: “Avigdor Lieberman is now part of the left.”

“Mr. Lieberman, for his part, accused Mr. Netanyahu of “capitulating to the ultra-Orthodox.” Repeating a mantra of recent days, he added, “We are natural partners for a right-wing government but not for a government based on Jewish law.”

“Mr. Netanyahu’s legal troubles — he is facing charges of bribery, fraud and breach of trust in three corruption cases — also hampered his chances of forming an alternative government and weakened his leverage in coalition negotiations.”

The main opposition party, the centrist Blue and White, which won 35 seats in April, the same number as Likud, had refused to be part of a government with a prime minister facing indictment.

“Mr. Netanyahu’s failure to form a government also scuppered any immediate plans to advance legislation giving him immunity from prosecution while in office. The attorney general has set a hearing for Mr. Netanyahu in early October, when there may still not be a new government, after which the attorney general can make a final decision on filing charges.” “The reopened political season is also likely to overshadow and perhaps delay the Trump administration’s peace efforts. The White House had scheduled an economic development conference for the Palestinian territories next month in Bahrain, described as the first step in the economic portion of a long-delayed peace plan.”

“With Israel lacking an elected government at least until the fall, by which point Mr. Trump is likely to be consumed by his own re-election campaign, the prospects for advancing a peace plan already rejected out of hand by the Palestinians seemed to dim even further.”

“Predicting that the political component of the peace plan, widely dubbed “the deal of the century,” would be pushed off indefinitely, Saeb Erekat, the veteran Palestinian chief negotiator and P.L.O. secretary general, said Thursday, “Now it is the deal of the next century.”

“It is unclear whether anyone in Israel really wanted a new election, especially so soon after the previous one, least of all Mr. Netanyahu.”

“But unable to form a coalition by the deadline, Mr. Netanyahu sought to head off a potentially worse result: President Reuven Rivlin, whom he considers a foe, could have offered someone else the chance to form a government. To pre-empt that possibility, Parliament had to dissolve itself before Mr. Rivlin could act.”

“Although there were multiple causes for the debacle, attention focused early Thursday on Mr. Lieberman, an unpredictable tough-talker with a penchant for political drama and a long history of rivalry with Mr. Netanyahu, as well as periods of close cooperation.” “Mr. Lieberman brought his party into the last Netanyahu government in 2016, stabilizing an administration that previously had a parliamentary majority of only one. He insisted on being defense minister, a post from which he resigned in November, citing what he described as the government’s soft policy toward Gaza and calling for early elections.”

“The policy he objected to — allowing the transfer of millions of dollars of cash from Qatar to Hamas, the militant group that controls Gaza — hasn’t changed.”

“At the core of the latest political crisis was a sharp disagreement between Mr. Lieberman and Mr. Netanyahu’s ultra-Orthodox allies over legislation to replace a military draft law that exempted ultra-Orthodox men. Israel’s Supreme Court has set a deadline of late July to replace the law.”

Link to report: In Defeat for Netanyahu, Israel Moves to Hold New Election