Will The House Democrats Do The Right Thing Or Give Into Fears Over Political Repercussions?

Every time folks try to address the US House Democrats’ Leadership’s excuses for not commencing an impeachment inquiry against the republican President Donald Trump based on his numerous felonious acts, as detailed in the 3/22/2019 FBI’s final report regarding its 22 months long Trump-Russia probe led by the Special Counsel Robert Mueller III, the goal posts keep moving.

The latest requirements are that there have to be GOP lawmakers in the US Senate who are willing to back the Democrats’ play before an impeachment inquiry can be considered and that the public support has to be more robust; and that there has to be overwhelming evidence. Even in the Watergate era, the public didn’t start to back impeachment against the republican President Richard Nixon until the end, around July 1974 and enough GOP Senators didn’t feel obliged to act until they had no choice after all the wrongdoings were revealed during all the previous hearings; and currently, the US House is in the receipt of the FBI’s Mueller 3/22/2019 findings where over 1000 federal prosecutors have publicly declared that if Donald Trump were not president, he would’ve been criminally indicted.  The House Democratic Party leadership members know all of this. 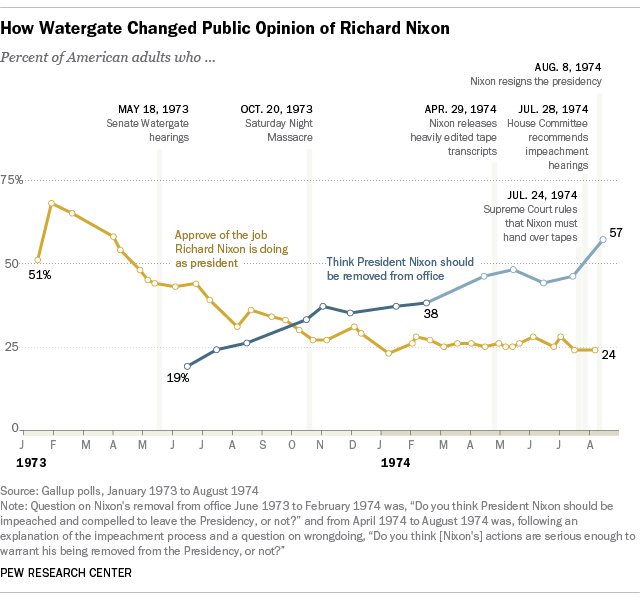 The argument that House Democrats are procrastinating on the subject of impeachment because they know that this remedy will not survive in the republican led US Senate, is bogus.  As a case in point, they have been crafting lots of legislation as a message to the public about what their priorities are, only to have them be DOA in the Senate. Does this pattern demonstrate to the public that fighting for the survival of the ‘rule of law,’ doing their constitutional duty to hold President Trump accountable for his crimes, isn’t a serious consideration? When the Senate falls down on the job, Dems can tell voters to step in by voting for Democratic candidates. 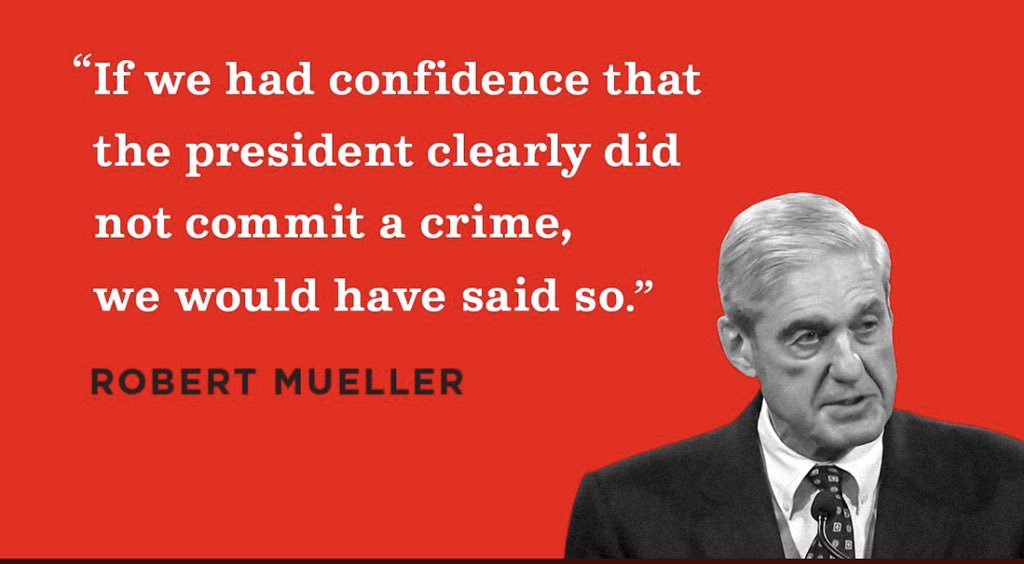 So, what are the US House Democratic Party’s leadership team’s real objections towards proceeding with at least an impeachment inquiry?…

My perception is that the House Speaker Pelosi worries about recently elected Democrats who narrowly won in districts where the constituency had also voted in favor of President Donald Trump. Starting the impeachment inquiry without solid backing from the US public could toss the current Democratic Party majority in the US House of Representatives to the Republican Party candidates in 2020, at a time that Democrats want their best shot to remain the majority party in the US House while also becoming the majority party in the US Senate and for catapulting a Democratic Party presidential nominee into the White House.

Recent Harvard-Harris May 2019 polls show that only 36 percent of independents are in favor of impeaching President Trump while 60% of Democrats approve of taking this step. Speaker Pelosi is right that the independent crowd has to be educated and brought on board. The GOP base of voters aren’t likely to be moved, despite what facts/ evidence are uncovered.

Representative Emanuel Cleaver, Democrat of Missouri voiced another real concern when he said, ” “If we impeach Donald Trump, he’d never be convicted in the (Republican controlled) Senate, and he would be able to campaign all around the country saying, ‘I’ve been acquitted!’”

But, most voters intuitively understand that any sign of appeasement in the form of backing down by the House Democrats from using the power of impeachment that’s been granted them by the US Constitution, is a sign of weakness which will end up emboldening any would be dictator to push the envelop. 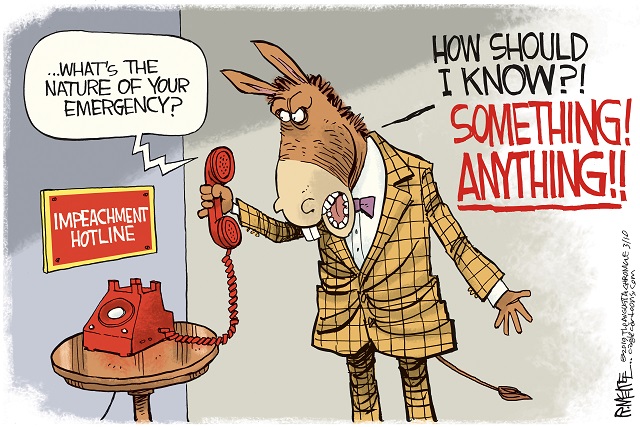 Finally, the current House Speaker Nancy Pelosi owes her current position due to the Democratic Party candidates who won in overwhelming numbers in the November 2018 elections where they became the majority party in the US House of Representatives. They won by championing policies like access to affordable high quality healthcare that the GOP have been fighting for decades. The House Speaker worries that an impeachment inquiry would take up so much media oxygen that the Democratic Party candidates would be hampered in getting media attention about their plans to improve the lives of their constituents.

Here is the counterpoint to Speaker Pelosi’s objections…

If the Democrats in the US House choose to not commence an impeachment inquiry that is mandated by the US Constitution with the bar being so low, as to allow President Trump to continue with his flagrant lawless behaviors like not honoring US Congressional subpoenas, and the standard so high before the US House will act to formally hold him accountable, what precedent does that set for future presidents? How’ll the Democrats defend their foot dragging if President Trump manages to pull off a win in 2020? 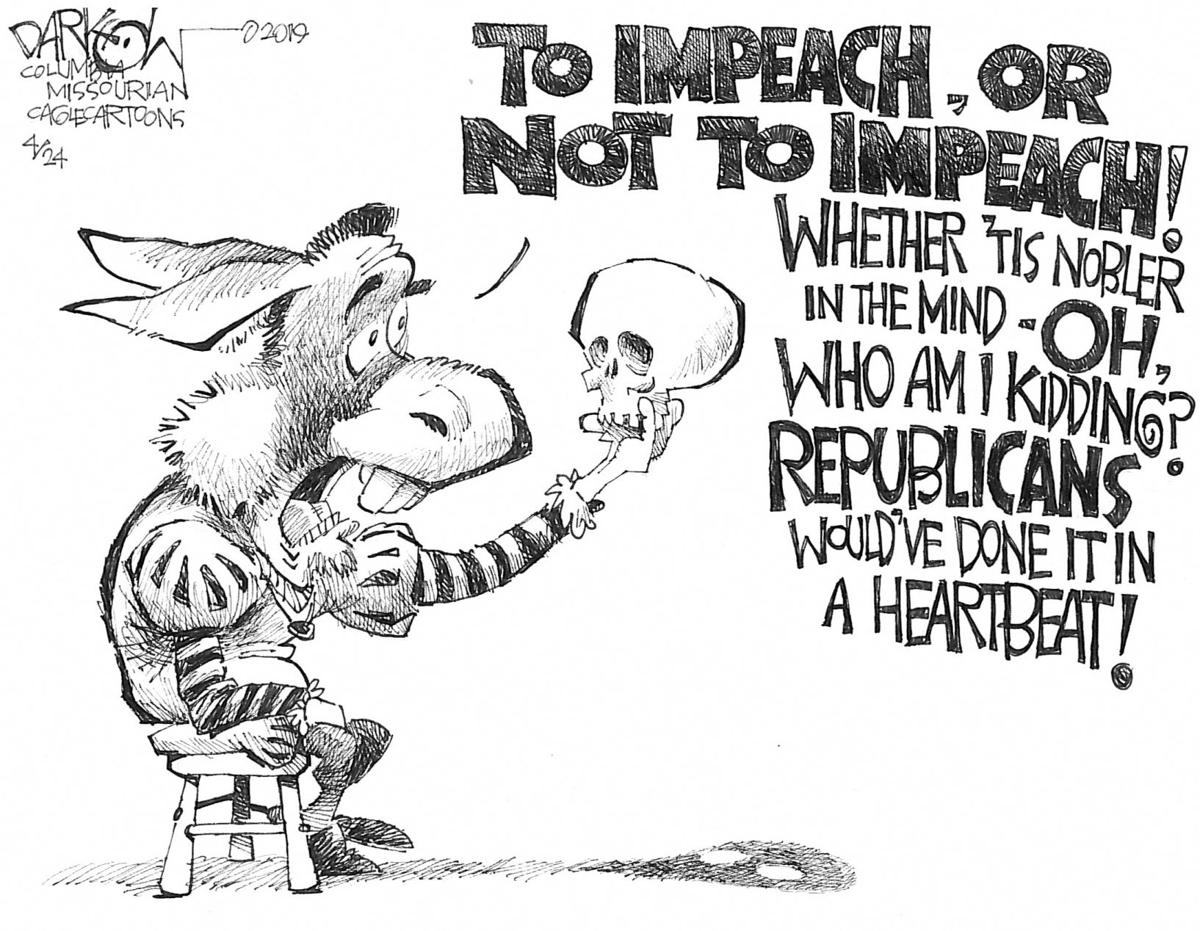 How will Democrats in the US Congress be portrayed in future history books, as to why they didn’t take the step of at least commencing an impeachment inquiry which doesn’t have to result in an actual impeachment, during the summer of 2019 based on the FBI’s 3/22/2019 Mueller report which details the impeachable offenses committed by President Trump as being equal to or exceeding the seriousness of those crimes that were filed against President Richard Nixon in 1974, especially since the House is the only governmental entity with the power to hold the president accountable for his wrongdoings?

Why would future voters believe Democratic Party candidates’ criticisms of President Trump if the House leadership stops pursuing the 3/22/2019 case for impeachment that Mr. Mueller has put in front of them. Of course voters aren’t going to think that the president’s transgressions are important as they respond to leadership’s cues?

It’s a shame that a single brave GOP House member of the Freedom Caucus is the one championing the House to commence an impeachment inquiry for which he’s already paid a high political price.

As per 5/23/2019 Axios report, here’re (GOP Rep. Justin) “Amash’s 6 reasons for impeaching Trump, which are focused entirely on the obstruction aspect of Mueller’s investigation:” 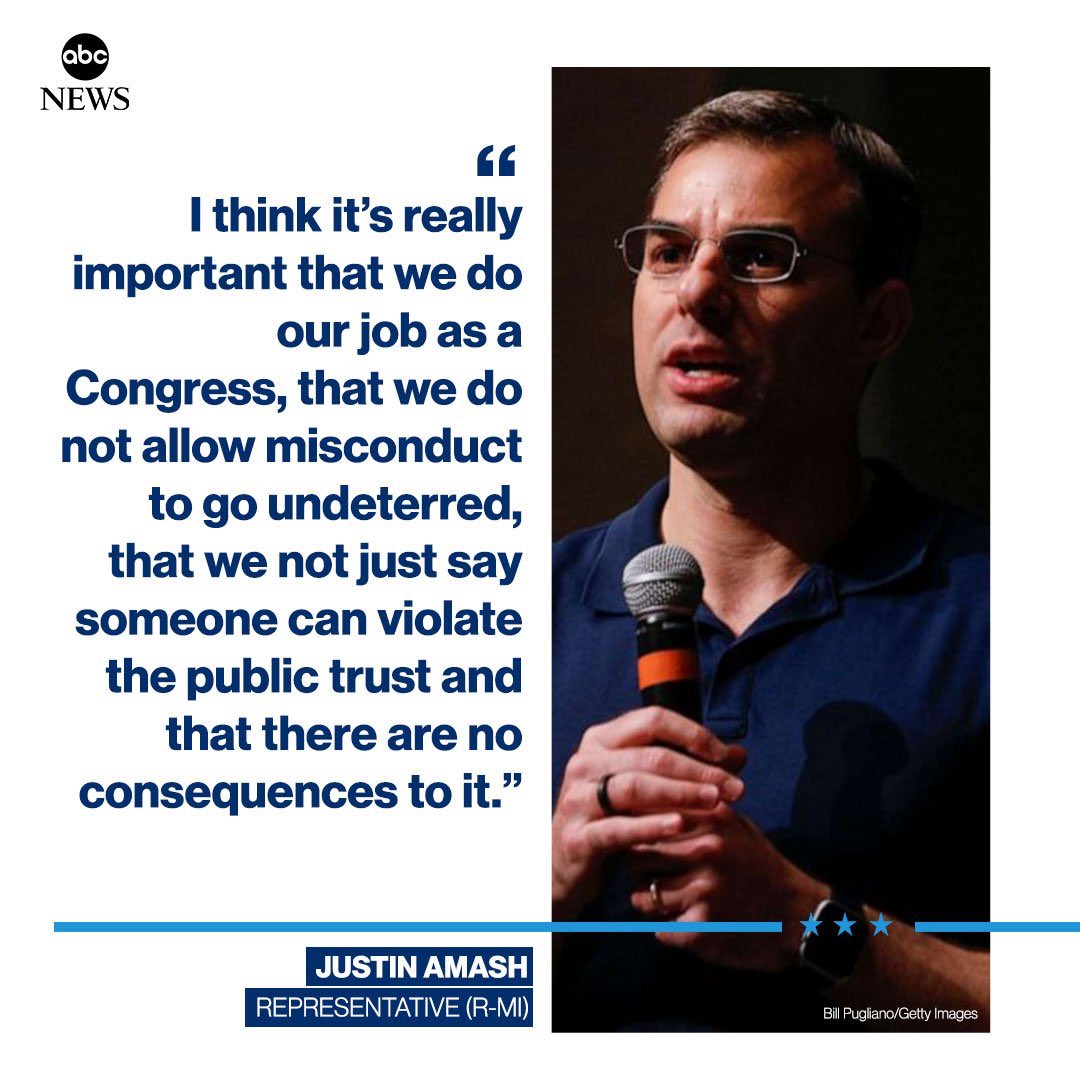 4.) “Trump asked McGahn to state that the request to remove Mueller never happened, suggesting McGahn could be fired if that didn’t take place.”

6.) “Trump wielded his pardon power to influence associates facing prosecution from Mueller, like Michael Cohen and Paul Manafort, not to cooperate.”

“The bottom line, according to Amash: “The president has authority to fire federal officials, direct his subordinates, and grant pardons, but he cannot do so for corrupt purposes; otherwise, he would always be allowed to shut down any investigation, which would put him above the law.”

See: Before Rep. Justin Amash There Was GOP Larry Hogan, Sr./ Both Represent ‘Profiles In Courage’

As per another 5/23/2019 Axios report by David Nather, “Some House Democrats are convinced that they’d have better luck getting testimony and documents if they launch an impeachment inquiry against President Trump.”

“If you have an impeachment proceeding, Congress is at the zenith of its power,” said Michael Conway, former counsel to the House Judiciary Committee during Watergate.” 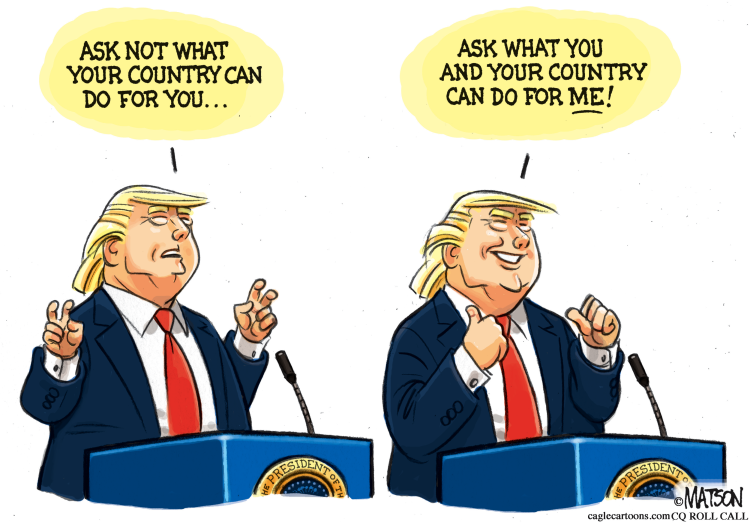 2) “Legislative purpose: It’d be harder for the Trump administration to win a court fight by arguing that Congress doesn’t have a “legitimate legislative purpose,” the reason Treasury Secretary Steven Mnuchin cited in his decision not to release Trump’s tax returns to the House Ways and Means Committee.”

“Launching an impeachment inquiry “removes whatever doubt a court might otherwise have about the existence of a legitimate Article I purpose for demanding information of limited facial relevance to possible congressional legislation.”

For the “coup de grâce,“the Supreme Court can’t interfere in an impeachment inquiry /process once it has been launched by the US House against President Trump.

@DonnyDeutsch, a famous marketing executive suggested on the 5/31/2019 MSNBC “Morning Joe” TV show that the Dems re-brand the word impeachment inquiry to “Trump’s criminal activities hearings.” However,  for the House to be granted the constitutional power of impeachment in the courts, there does have to be the formal commencement of an impeachment inquiry.