What AG Barr Said VS. What FBI Special Counsel Said Robert Mueller Said About His Report Four of my favorite sources for legal news are the blogs, JustSecurity and Lawfare and the Harvard scholar on US Constitutional law, Laurence Tribe and Neal Katyal who wrote the “special Counsel” rules.

On June 5, 2019, Ryan Goodman of Just Security did a lot of work for his readers by documenting and comparing the 5/29/2019 FBI’s Special Counsel Robert Mueller III comments about his 3/22/2019 final report that lists the republican President Donald Trump’s felonious acts based on its 22 months long Trump-Russia probe with the president’s lackey, the Attorney General William Barr’s observations.

All of the above legal publications and legal experts including Benjamin Wittes of Lawfare are in favor of the House Democrats commencing at the very least, an impeachment inquiry.

See: nytimes.com/The Articles of Impeachment Against Donald Trump: A Draft

As per the 6/5/2019 publication, “A Side-by-Side Comparison of Barr’s vs. Mueller’s Statements about Special Counsel Report”

Wednesday (6/5/2019)  marks one week since Robert Mueller broke his silence and made a formal statement on the special counsel’s report on the 2016 Russian election interference.

“The Chart below compares Special Counsel Robert Mueller’s May 29 public statement with statements made by Attorney General William Barr.”

“Whether or not Mueller was intentionally trying to correct the record, the differences between what he and Barr said are, in many cases, stark. Some of the differences involve near complete contradictions—in other words Mueller’s statement and Barr’s statements cannot both be true. Other differences are more a matter of emphasis or tone (e.g., references to the threat posed by the Russian operations, descriptions of the qualities of the special counsel staff).” 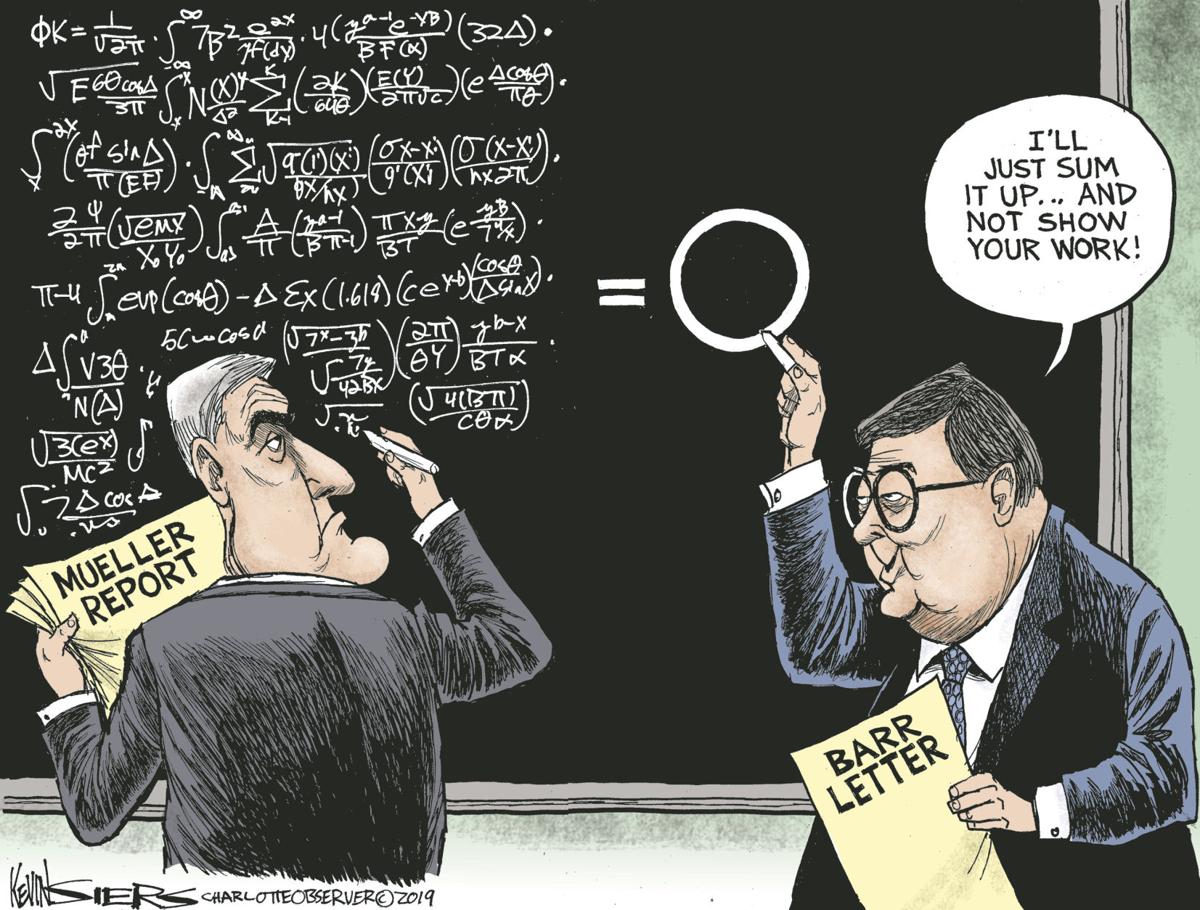 “The special counsel’s Report also contradicts some of Barr’s statements (such as his claim that the Report found no evidence of “collusion,” his suggestion that difficult issues of law and fact stopped the special counsel from concluding the president engaged in criminal obstruction, his claim that the President cooperate fully with the investigation). The following analysis, however, doesn’t include the Report. Instead, it focuses only on Mueller’s public statement and how it compares to statements made by Barr between March 22 (the date that the special counsel handed his final report to the attorney general) and May 29 (the date of Mueller’s statement). This includes statements made by Barr in his 4-page summary submitted to Congress, a formal press briefing, and 3 congressional hearings, but it doesn’t include Barr’s interviews with Fox News and Wall Street Journal.”

Chart: A Side-by-Side Comparison of Barr’s vs. Mueller’s Statements About Special Counsel Report on 2016 Russia… by Just Security on Scribd 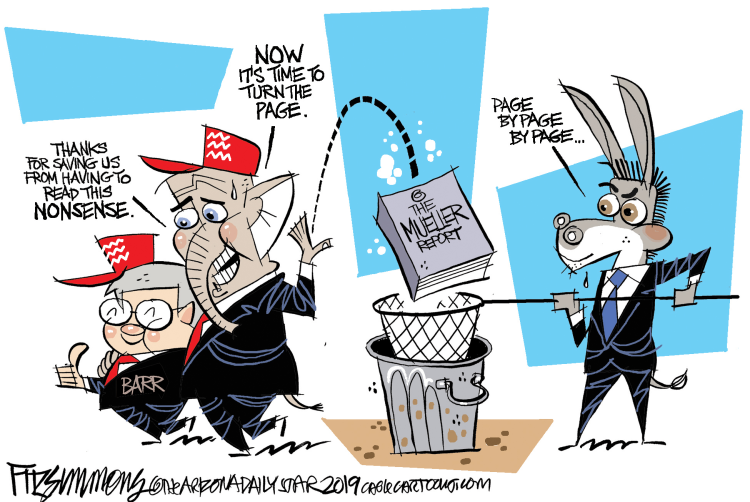