The fact that “We the People” and US allies like Germany can’t rely on pronouncements from the republican President Donald Trump and the Secretary of State Mike Pompeo, that on the 13th of June 2019, Iran had attacked 2 Japanese oil tankers on the Strait of Hormuz (Gulf of Oman) is a major case in point as to why the US House should commence an impeachment inquiry against President Trump, as he is a clear and present danger against US national security interests.

President Trump and his key advisers, the National Security Adviser John Bolton and the Secretary of State Mike Pompeo have no credibility when it comes to the subject of Iran. Both Mr. Bolton and Mr. Pompeo have been long-term hawks on Iran. The president’s ties to Saudi Arabia, United Arab Emirates and Israel, make whatever he says, suspect as these 3 countries would welcome an US military attack on Iran. 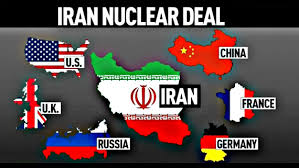 The White House’s past actions against Iran like the US withdrawing from the 2015 US Iran Nuclear deal that 5 other countries helped back, and the 2017 US imposition of sanctions against Iran, proves the US hard-line attitude towards Iran.

The only US ally besides the above 3 governments supporting the president’s current assertions regarding Iran, is the United Kingdom.

It doesn’t help that the details described by the State Secretary Pompeo of a mine attack doesn’t match what those on the tanker and what the Japanese owner of the tankers have been saying, that it was a missile hit that did damage above the area where mines would supposedly be located.

Malcolm Nance with vast experience as an intelligence professional Tweeted the following:

My theory: It just so happens that Japan’s Prime Minister Shinzō Abe was in Tehran to participate in talks designed to reduce the tensions in the region against Iran. One of the tankers that was attacked on 6/14/2019 just happened to be Japanese owned. The question is which country benefited the most from the derailing of these talks, Saudi Arabia, UAE, Israel, the USA or Iran?

As per 6/14/2019 Washington Post report, “Japanese Prime Minister Shinzo Abe arrived in Iran on Wednesday (6/13/2019) for a two-day trip that was aimed at cooling tensions in the region. And then things blew up. On Thursday, two tankers carrying petrochemicals, one of which was a Japanese-owned ship, came under suspected attack in the Gulf of Oman. The incidents compounded the already simmering hostilities in what’s possibly the world’s most pivotal maritime corridor. After the United States slapped sweeping sanctions on Iran’s energy industry, the threat of disruption flared in the Strait of Hormuz — the narrow body of water linking the Persian Gulf with the Gulf of Oman and the Arabian Sea. About a third of the world’s oil tanker traffic passes through the strait, including an estimated 80 percent of Japanese oil imports.

On June 14, 2019 of Fred Kaplan of Slate penned the following report, “Trump’s Weak Case Against Iran” (“The administration’s lack of credibility is hampering its ability to respond to the events in the gulf.”)

“If Iran did attack two tankers in the Gulf of Oman this week, as President Donald Trump claims, he’s doing a lousy job of making that case to the rest of the world.”

“The sad fact is he has to make a case because, in his 2½ years in office, he has told so many lies and alienated so many allies. If he decided to respond to the attacks with new economic pressure or military action, he would need the support of those allies, and to earn that support, he would need to present extraordinarily persuasive evidence of Iran’s culpability.”

“He has not yet produced that evidence. It was an egregious mistake to let Secretary of State Mike Pompeo make the initial accusation against Iran. First, Pompeo is on record as supporting regime change in Tehran; for him to come forth—instead of a more relevant figure, such as the secretary of defense or the director of national intelligence—infuses the charge with bias.”

“Second, the language Pompeo used was less than compelling. “It is the assessment by the US government that the Islamic Republic of Iran is responsible for the attacks,” he said on Thursday. “The assessment is based on intelligence, the weapons used, the level of expertise needed to execute the operation, recent similar Iranian attacks on shipping, and the fact that no proxy group operating in the area has the sources and proficiency to act with such a high degree of sophistication.”

“Among several things missing here is the level of confidence in the assessment. The omission is unusual and possibly, for that reason, telling. When U.S. intelligence agencies first analyzed the theft of emails from the Democratic National Committee in the spring of 2016, for example, they concluded with “high confidence” that Russia was the culprit. When chemical weapons were fired in Syria in April 2017, Trump’s secretary of state at the time, Rex Tillerson, said U.S. intelligence had “a very high level of confidence” that the weapon used was sarin nerve gas and that the attack was ordered by Bashar al-Assad’s regime. Then–Secretary of Defense James Mattis said that he’d personally reviewed the intelligence and had “no doubt”that the Syrian regime was responsible.”

On Friday (6/14/2019), the Pentagon released fuzzy video footage of sailors on a small boat removing an object from the side of a ship. Officials said that the small boat belonged to the Iranian Revolutionary Guard Corps, the object was an unexploded mine, and the ship was one of the two tankers that were attacked. Maybe. We all await footage showing sailors from a similar boat placing a mine on the side of a tanker. The picture is further muddied by the fact that the Japanese owner of one of the tankers has since claimed that the hole in his ship was well above the water—beyond the reach of someone in a small boat.* 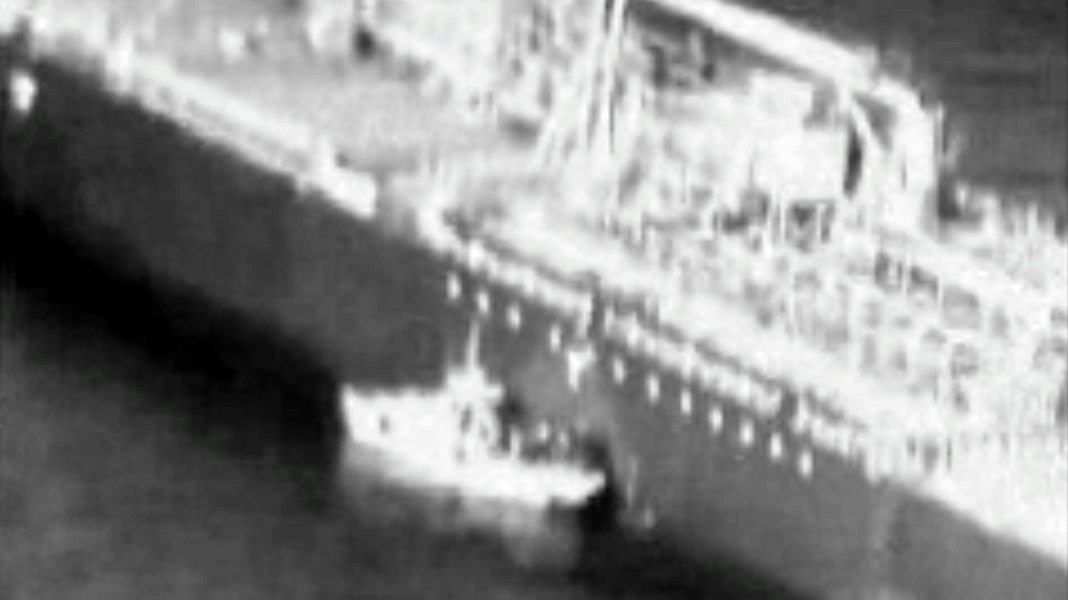 “It’s also, at the very least, strange that the attack on the Japanese tanker came as Iran’s supreme leader, Ayatollah Ali Khamenei, was meeting with Japan’s prime minister, Shinzo Abe. I asked several specialists in Iranian politics Friday morning if it was possible for the Revolutionary Guard, or some Iranian rogue faction, to have launched such an attack on its own, without the approval or knowledge of the supreme leader or President Hassan Rouhani. They all said they could imagine the guard acting independently of Rouhani—but never in defiance of the supreme leader.”

“Would Khamenei have met with Abe, in what was described as a peace-seeking session, knowing that one of his military units was about to attack a tanker flying a Japanese flag?” 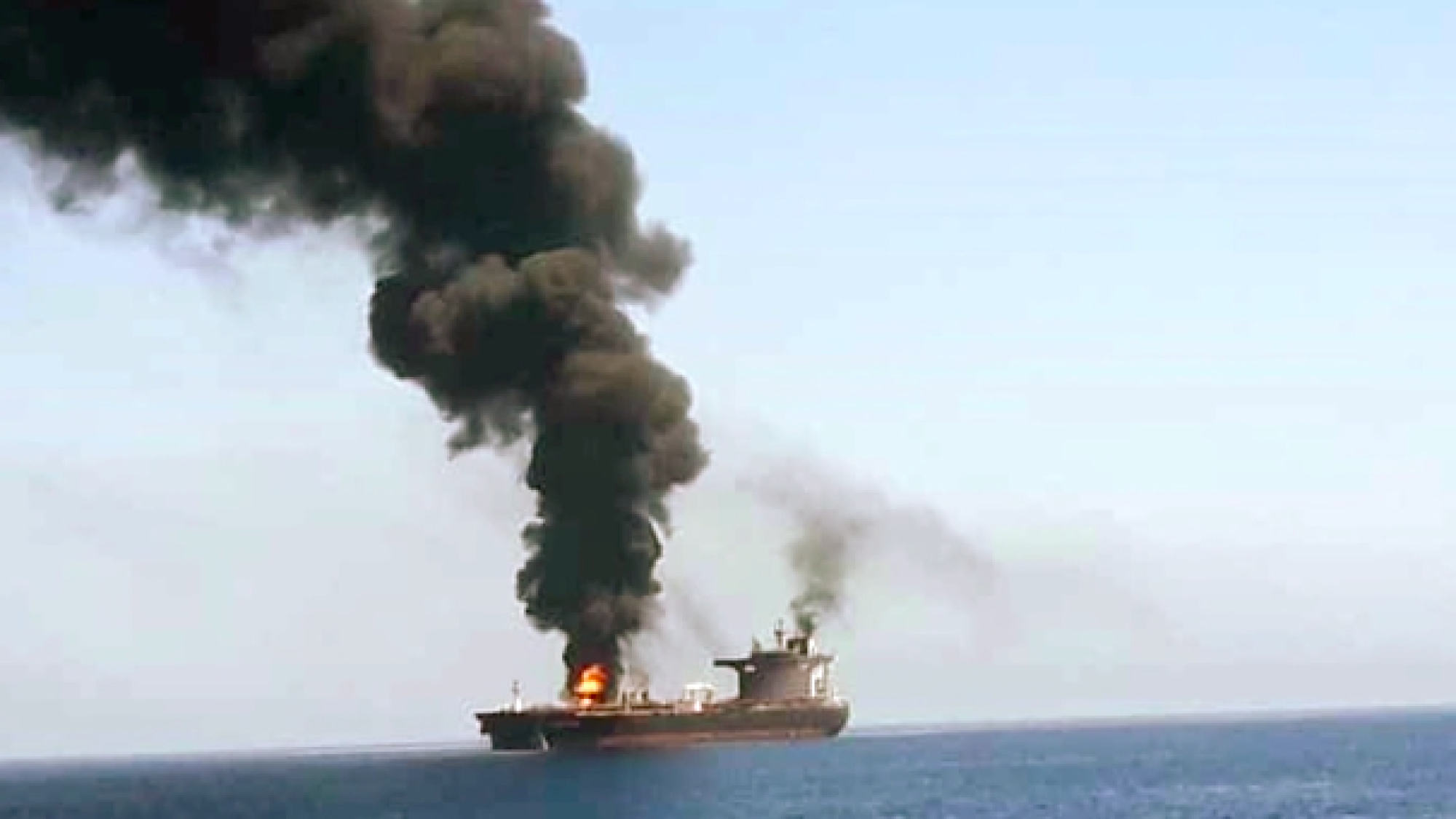 “So here’re some possibilities:”

•” It was mounted by some Iranian-backed militia, from elsewhere in the region, acting on its own but in a way that its leaders thought would please their masters.”

•” It was launched by Saudi Arabia or the UAE in a way to make it look like Iran was at fault.”

“These theories (and that’s all they are, at this point) suggest that the attack was launched to provoke an American overreaction, which might trigger a war.