With Peter Navarro’s Involvement, What Are The Chances for A Successful US -China Trade Deal?

At the end of June 2019, the republican President Donald Trump with key advisers plan to attend the G20 Summit in Osaka, Japan where they are scheduled to meet with Chinese officials to continue US-China trade negotiations. Somehow, I don’t hold out much hope for success with these talks. If the president felt he had to threaten additional tariffs on China to spur the resumption of a constructive dialogue regarding the US-China trade negotiations, then there’s no way the US is close to finalizing a deal.

Link: Somebody, Anybody, Please Tell Trump That Mexico Isn’t China As He Threatens More Tariffs 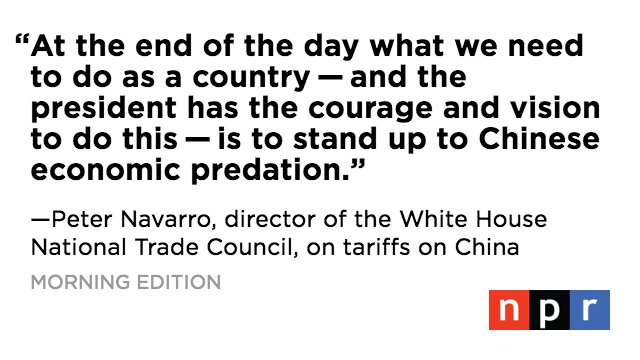 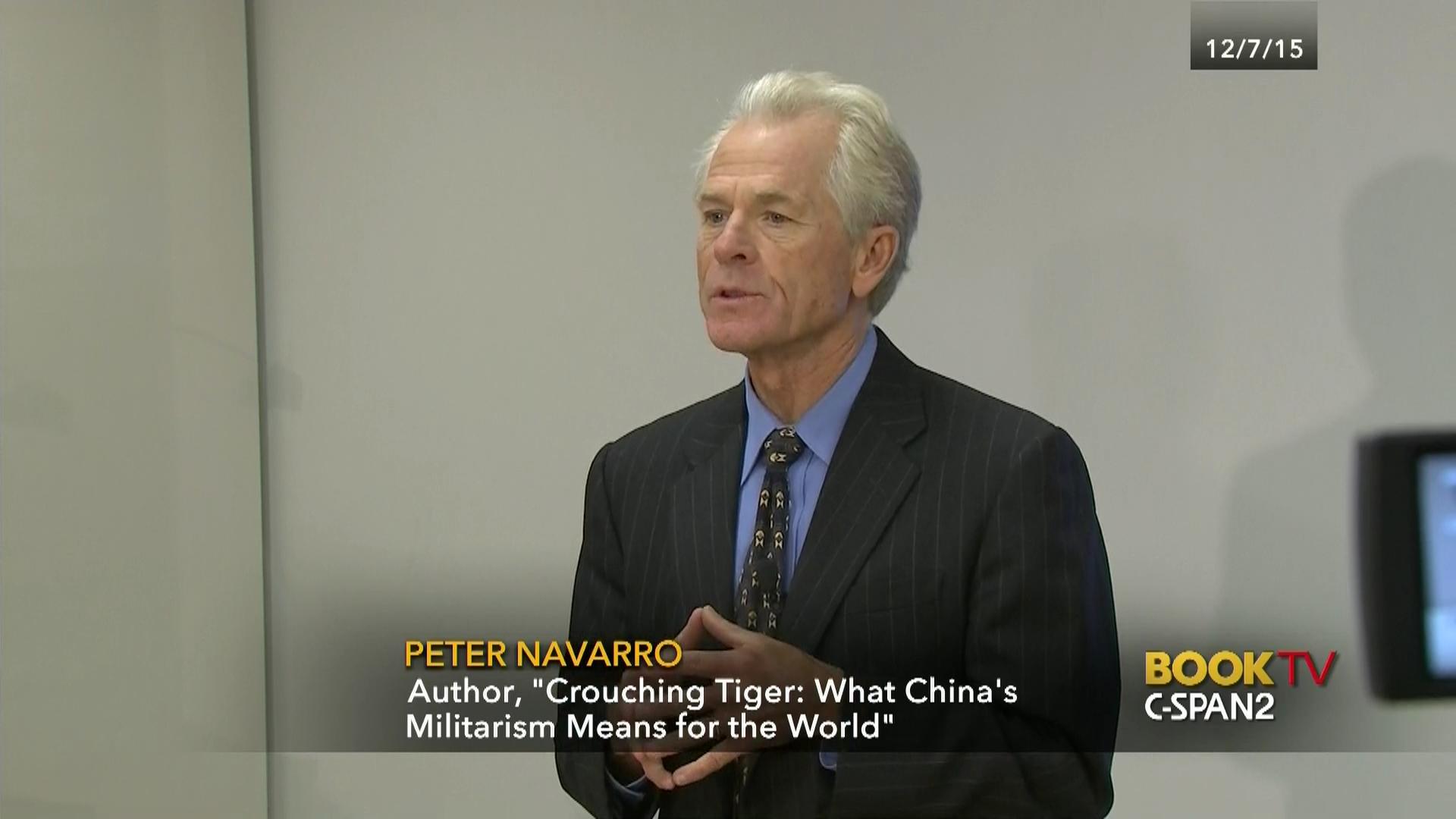 The following post is an updated version of a blog I published in October 2017 about the president’s economic adviser, Peter Navarro.

Around February 2017, Politico did a background story regarding the republican President Donald Trump’s top economic adviser Peter Navarro, who’s been involved in US policy development regarding trade deals like with US NAFTA 2 and the still ongoing US-China trade negotiations, as of mid-2019. I had suspected at the time that the 2017 Politico report was based on one of those leaks by White House staffers who’had been worried about the republican President Donald J. Trump making major policy decisions based on reports with no supporting evidence, studies, references, etc.

In this case an economist Peter Navarro who has the president’s ear has been sharing with him documentation which claims “Socioeconomic Costs” of the decline of the country’s manufacturing industry include consequences, such as “Higher Divorce Rate,” “Increased Drug/Opioid Use,” “Rising Mortality Rate,” “Higher Abortion Rate,” among many others. And all of this has been delivered to the president without any supporting data. If these are examples of the type of material that the president utilizes, based on advice by Mr. Navarro,  to form his thinking about what tactics to take regarding NAFTA and US-China trade negotiations, then “we the people” are in big trouble.”

“The president’s economic adviser has credentials which at first glance, appear impressive like a Harvard Ph.D. in economics. But out of the conspiracy minded personnel who started out early in the president’s administration like Steve Bannon, Stephen Miller, General Mike Flynn, Sebastian Gorka, it is Mr. Navarro who is the looniest.”

Other current key professionals involved in development and implementation of US trade agreements are the director of the National Economic Council Larry Kudlow,  US trade chief Robert Lighthizer, US Treasury Secretary Steven Mnuchin and the immigration hawk, Stephen Miller.

As per 6/12/2019 Washington Post report by Josh Dawsey and Damian Paletta, “When President Trump first vowed to impose a 5 percent tariff on Mexico if it didn’t do more to stem the flow of migrants to the border, he told White House officials he wanted Peter Navarro on TV defending the plan.”

“The next morning, the presidential adviser appeared on CNBC and called the tariff threat “a brilliant move,” while preaching the trade protectionist gospel that has endeared him to Trump and earned him enemies across Washington and corporate America.”

“A week later, Trump announced a border deal with Mexico that avoided a trade war, and he has spent the days since extolling the virtues of tariffs.”

“The showdown with Mexico marks a high point in Navarro’s tumultuous tenure in the White House as Trump’s increasingly aggressive actions on trade, including toward China, mirror policies that the man he calls “my Peter” has pushed since the beginning of the administration.”

As per a February 12, 2017 Politico report”The Most Dangerous Man in Trump World “by Jacob Heilbrunn, the author expresses concern about “how Peter Navarro could lead us into a global depression—or worse.”

“He has a long and colorful history of China-bashing (just check out his bizarre scaremongering documentaries), which makes Chinese officials nervous. He seems to think that every one of Chinese economic successes comes at U.S. expense.”

“This truculent approach represents an abrupt departure from the philosophy that has governed U.S. and global trade policy for the past half-century. Since the Bretton Woods Conference in 1944, the foundation of the world order has been an open international economic system designed to prevent a recurrence of the trade wars of the 1930s. The U.S. profited enormously from this arrangement—which rested on institutions like the International Monetary Fund and the World Bank—establishing what the historian Melvyn Leffler called a “preponderance of power” in Europe and Asia in order to combat the rising Soviet empire. Even after the Cold War, the system has ushered in what amounts to a golden economic age for the U.S. and its partners.”

“Navarro is proposing to upend all this. But don’t expect to see big gains accruing to the U.S. from his stringent trade policies. Quite the contrary. The more likely result is that Germany, Mexico, China and other countries will simply retaliate against, or bypass, the U.S., and an isolated Washington could find itself trapped in the spiral of a worldwide economic depression. By all means, fear the possible hot war with Iran that Bannon and Flynn might be plotting. But also fear the conflict that is far more likely if Navarro wields his influence successfully: a global trade war.”

“Navarro is the obverse of economists who somewhat euphorically believe that trade will bring about peaceful relations with other countries, and he poses the opposite problem: He’s a hard-line mercantilist who insists that military confrontation with some trading partners is almost inevitable. In this, he throws Economics 101 out the window. The classical economist David Ricardo offered a fundamental insight at the heart of the case for free trade—the theory of comparative advantage. He noted that if one country can produce a good at a lower marginal cost than another, they can each focus on what they manufacture best for mutual gain—exactly what is happening today. Navarro will have none of this. He’s a zero-sum economist, who, like Trump, believes that every item not made in the U.S. represents the theft of an American job.”

“Navarro, along with White House adviser and immigration hawk Stephen Miller, helped devise the proposed Mexican tariffs and beat back arguments from other aides that Trump did not have the legal authority to implement the trade penalties, and that the fight could derail the new trade deal with Mexico and Canada, according to White House aides. Like others interviewed for this story, they spoke on the condition of anonymity to discuss the internal debates.”

“Navarro’s ascension is frightening his critics, who’ve derided him as an ideologue who doesn’t let facts get in the way of his agenda, while cheering supporters of the president eager for Trump to emphasize his nationalist agenda ahead of his 2020 reelection campaign.”

Larry Kudlow: US needs to ‘kick butt’ to get trade deal with China

US, China poles apart on how trade deal should be enforced

US trade demands could take China years to achieve

Can China offer the US a level playing field to end the trade war?