I’m one of those who has become pro-impeachment after reading and studying the 448 page FBI’s 3/22/2019 final report based on its 22 months long Trump-Russia probe, led by the Special Counsel and former FBI Director of 12 years, Robert Mueller III which details the the republican President Donald Trump’s virtual criminal enterprise that’s being run out of the White House.

Unfortunately, there’s this (DOJ) Department of Justice’s legal memo that dictates that a sitting president can’t be criminally indicted. But on a bipartisan effort, over 1000 federal prosecutors have publicly declared their professional opinion that if Donald J. Trump were not the US president, he would have been arrested for the crimes he has committed and continues to  perpetrate. So, President Trump will not be facing federal criminal charges until after he leaves office, at the earliest, January 2021.

But what happens if by some fluke, President Trump wins reelection in 2020, and in these current times, anything is possible. While he’s serving in his second term as US president, there’s this 5 yr. “Statute of Limitation” which kicks in for the crimes he’s alleged to have carried out. There are some who suggest that the “Statute of Limitations” can be tolled/ stopped while he’s in the White House but that’s not true in criminal law. So, it’s possible that the president could walk away from any of the federal crimes that he’s been guilty of having executed.

Because the head of the (DOJ) US Department of Justice, the Attorney General William Barr has proven to be the president’s lackey, his department can be counted on to NOT lift a finger to hold President Trump accountable for his alleged felonious acts.

By the way, if President Trump is impeached  by the House which is not the equivalent of a criminal court, he can still be held criminally liable, once he leaves the White House in 2021.

In the past, the US Congress has conducted two presidential impeachment trials in the US Senate: President Andrew Johnson in 1868, for firing a cabinet secretary without the consent of Congress, and President Bill Clinton in 1998 for perjury and obstruction of justice and both were acquitted, so they stayed in office. President Richard M. Nixon faced possible impeachment on the grounds of obstruction of justice, abuse of power and contempt of Congress in relation to the Watergate scandal but he resigned before there was an impeachment vote in the House and a trial in the US Senate.

Our founders wrote the US Constitution with the core purpose to prevent tyranny. That’s why they created divided government in the USA. They had anticipated the future possibility of a would-be authoritarian type leader like President Trump, and so they blessed this country with the tool  of impeachment to bolster our ability to save this democracy and to stand up for the “rule of law.”  It’s the only non-legislative power that has been granted to the US House of Representatives by the US Constitution: Article I, Section 2 gives the House of Representatives the “sole power over the impeachment” process. Article I, Section 3 gives the Senate the “sole power to conduct a trial regarding all impeachments.
****

****
Why is the above discussion relevant to the House’s strategy regarding how it conduct’s its hearings to educate the public about what’s in the FBI’s Mueller final report and what’s involved with the impeachment process?
****
The American voters are unaware that the impeachment of a sitting US president, may very well be the only way that President Trump can be held accountable for his lawless ways by the federal government, especially if he somehow wins reelection in 2020. While recent polls indicate that anywhere from 67-76% of Democrats favor impeachment, it’s still unpopular with Independent and Republican Party voters.
****
That could very well be because the American public suffers from a misunderstanding about what the impeachment process does. This disconnect is highlighted by another recent poll, indicating that an overwhelming majority (70%) of Americans say that a sitting president should be subject to criminal charges.
**** 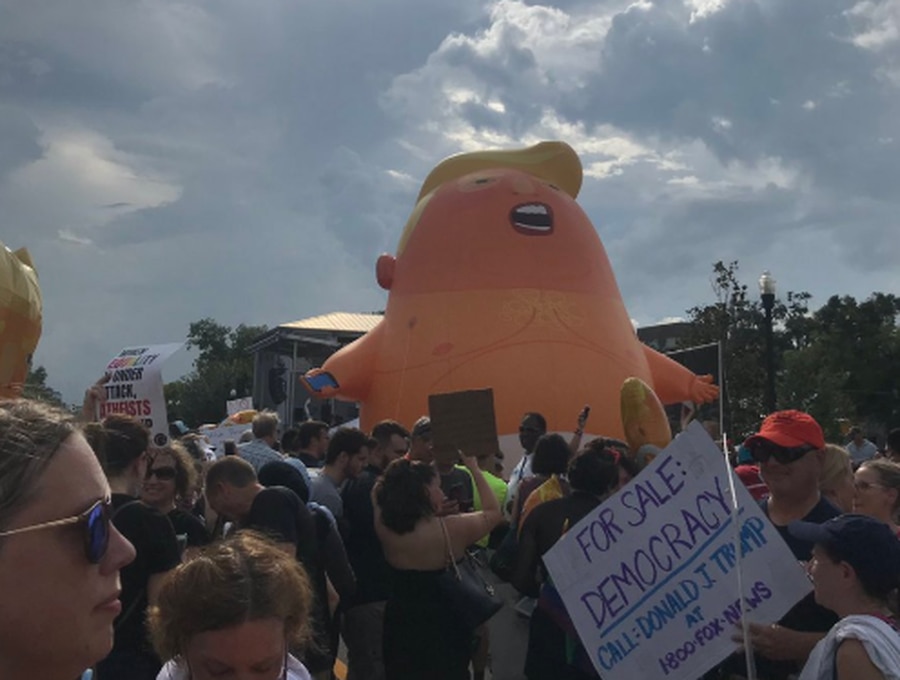 “We the People” have a hunger to have our faith restored regarding the “rule of law” and to expect at a minimum, a well functioning, competent, efficient US government where its officials place the well being and doing what’s right over political calculations and considerations.

As per (2018) The Economist’s index—which factors in due process, individual freedoms, and space for civil society—reduced the United States’ ranking from a full democracy to a “flawed democracy.” In the early nineteen-sixties, more than 70% of Americans told Pew researchers that they had faith in government “most of the time” or “just about always.”

“In 2016, faith had sunk below twenty per cent. American politics is increasingly defined by contempt rather than a sense of common good.”

I’m so worried that even our House Democratic leaders have become so desensitized to the chaotic, incompetent, impulsive, authoritarian management style which is often cruel and inhumane by President Trump, who has a 11/2 years left in his first term, that they’ve lost their own humanity, moral compass and sound judgement.

The Democratic Party House Speaker Pelosi has been so focused on the political downside/ risk of the House conducting an impeachment inquiry to where she has been opposing it, that she may not have considered  “the political costs of not impeaching President Trump”
****