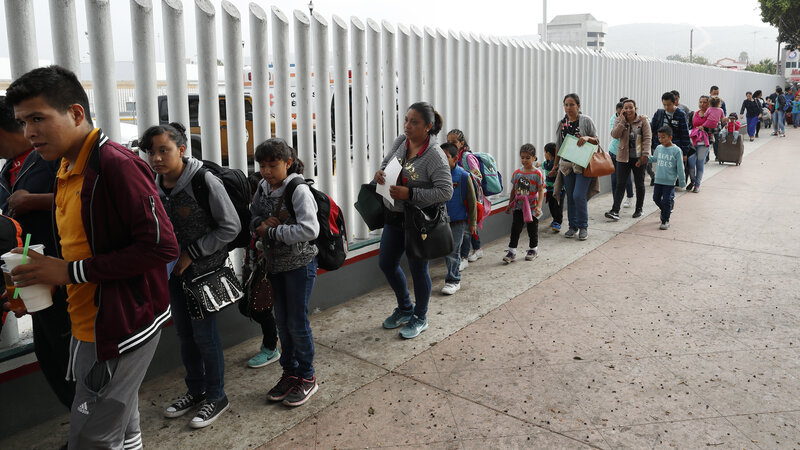 My last post included a note about how the US House oversight committees should begin to hold hearings about the brutal cruel policies being implemented in the name of USA, but pushed by the republican President Donald J. Trump’s administration where it can be said that migrant children from Central American refugee families who have legally been seeking asylum at the US SW border, are being placed into what can be described as “torture facilities.”

It looks like the House Oversight and Reform Committee chaired by Rep. Elijah Cummings has scheduled a hearing on the subject of these abused migrant children for the 12th of July 2019.  If this crime against humanity doesn’t meet the test of what a president should be held accountable for, via the House commencing an Impeachment Inquiry, I don’t what does?

See: esquire.com/news-/ The Crimes Against Humanity Are in Progress |

See: Can a photograph of dead migrants break through our indifference?/ Washington Post

I hope Rep. Elijah Cummings includes in his list of witnesses, the acting head of U.S. Customs and Border Protection John Sanders who recently resigned out of disgust around June 26, 2019, amid an uproar over the discovery of migrant children being held in pitiful conditions at one of the agency’s stations in Texas.

“No wonder the US won’t recognize the jurisdiction of the International Court of Justice. Trump and his cronies would all be on trial at The Hague for human rights violations.”

As per the 7/2/2019 Hill report, “House Democrats to hold hearing next week on treatment of migrant children” by Morgan Chalfant:

“The House Oversight and Reform Committee has scheduled a hearing next week to hear testimony from Trump administration officials about the separation and treatment of immigrant children at the southern border.” 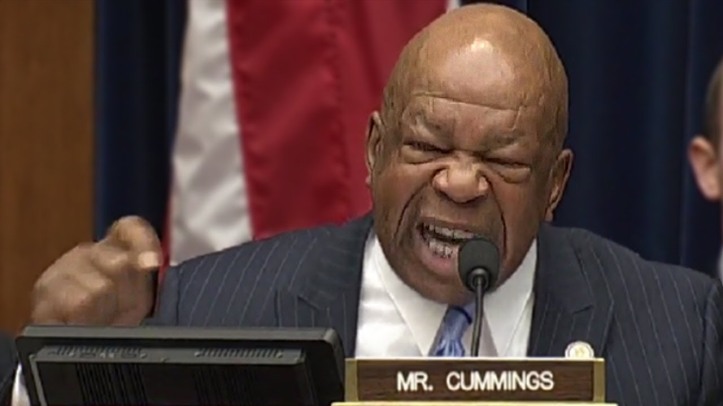 “The Trump Administration’s actions at the southern border are grotesque and dehumanizing,” Cummings said in a statement Tuesday (7/2/2019).

“There seems to be open contempt for the rule of law and for basic human decency. The committee needs to hear directly from the heads of these agencies as soon as possible in light of the almost daily reports of abuse and defiance,” Cummings said, adding that he hoped McAleenan and Morgan would appear “voluntarily” at the hearing.”

The announcement closely followed the release of a new Homeland Security inspector general report describing “dangerous overcrowding and prolonged detention” of immigrant children and adults at facilities in the Rio Grande Valley that require “immediate attention and action.”

“The report, issued Tuesday, says that 31 percent of children at the facilities were being held longer than the 72 hours permitted, according to Border Patrol custody data.”

“The hearing is expected to focus on reports of unaccompanied children being held in overcrowded and dirty facilities in Clint, Texas, and other parts of the country, as well as the newly issued inspector general report.”

“A cadre of Democratic lawmakers visited a border facility in Clint on Tuesday (7/2/2019) to survey the conditions and investigate reports of mistreatment of migrants.” 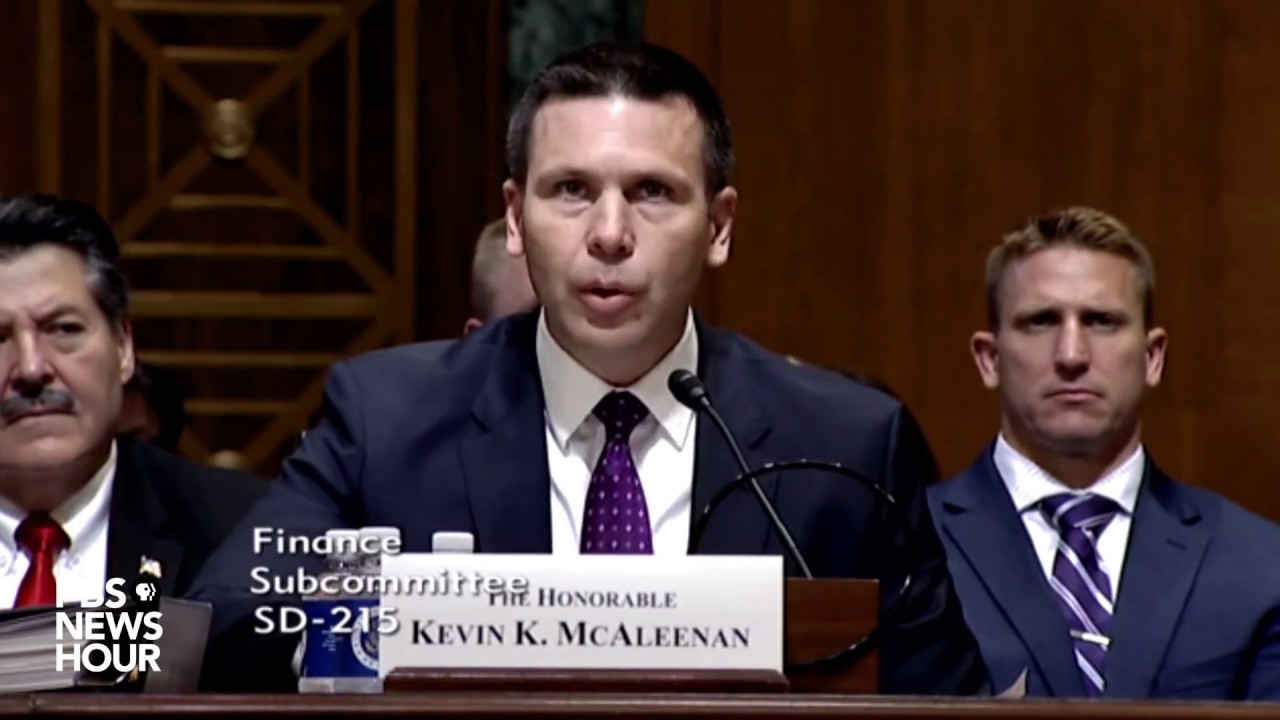 “Cummings has also sent a letter to Facebook CEO Mark Zuckerberg requesting information related to the committee’s investigation into a report that Border Patrol agents used a secret Facebook group to mock immigrants and members of Congress and post racist and sexist content. The hearing next Friday is also expected to focus on the Facebook posts.”

“According to a new report from ProPublica, current and former border agents who are members of the secret Facebook group posted derogatory comments about migrants and Latino members of Congress.”

Link: House Democrats to hold hearing next week on treatment of migrant … 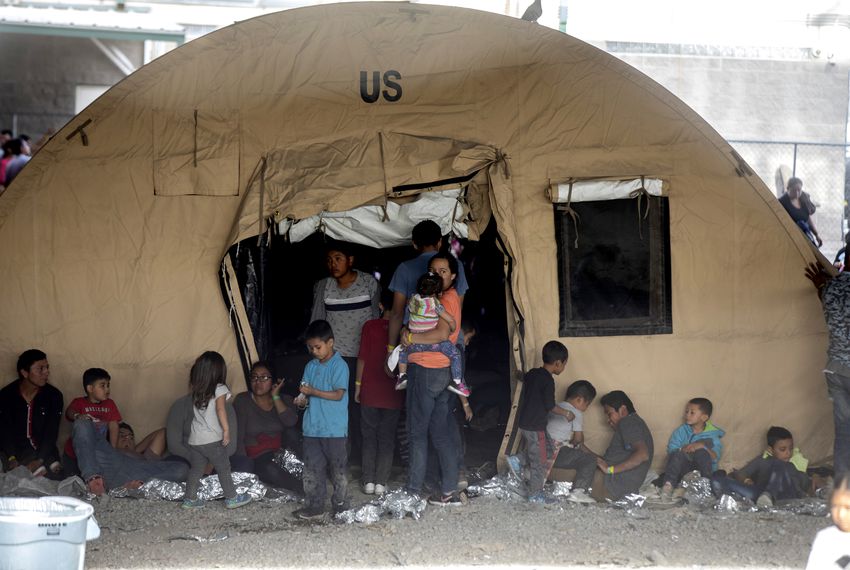 As per the 6/29/2019 New York Times analysis, “The Treatment of Migrants Likely ‘Meets the Definition of a Mass Atrocity’ by Dr. Kate Cronin-Furman, an assistant professor of human rights:

“The debate over whether “concentration camps” is the right term for migrant detention centers on the southern border has drawn long-overdue attention to the American government’s dehumanizing treatment of defenseless children. A pediatrician who visited in June said the centers could be compared to “torture facilities.” Having studied mass atrocities for over a decade, I agree.”

“At least seven migrant children have died in United States custody since last year. The details reported by lawyers who visited a Customs and Border Protection facility in Clint, Tex., in June were shocking: children who had not bathed in weeks, toddlers without diapers, sick babies being cared for by other children. As a human rights lawyer and then as a political scientist, I have spoken to the victims of some of the worst things that human beings have ever done to each other, in places ranging from Cambodia to the Democratic Republic of the Congo to Sri Lanka. What’s happening at the border doesn’t match the scale of these horrors, but if, as appears to be the case, these harsh conditions have been intentionally inflicted on children as part a broader plan to deter others from migrating, then it meets the definition of a mass atrocity: a deliberate, systematic attack on civilians. And like past atrocities, it is being committed by a complex organizational structure made up of people at all different levels of involvement.”

“Thinking of what’s happening in this way gives us a repertoire of tools with which to fight the abuses, beyond the usual exhortations to call our representatives and donate to border charities.”

“Those of us who want to stop what’s happening need to think about all the different individuals playing a role in the systematic mistreatment of migrant children and how we can get them to stop participating. We should focus most on those who have less of a personal commitment to the abusive policies that are being carried out.”

See NYT : The Treatment of Migrants Likely ‘Meets the Definition of a Mass Atrocity’

Excerpts:
“New images of children and adults in “dangerously” overcrowded US border patrol facilities in Texas have been released as part of a report from government auditors.”

“The report released on Tuesday (7/2/2019) by the Department of Homeland Security’s Office of Inspector General warns that facilities in the Rio Grande Valley in southern Texas face “dangerous overcrowding” and require “immediate attention”.

“One image shows a man squashed in a crowd pressing a cardboard sign to a cell window with the word “help” written on it. He’s one of 88 men in a cell meant for 41.” “During the week of June 10, 2019, we traveled to the Rio Grande Valley in Texas and again observed serious overcrowding and prolonged detention in border patrol facilities requiring immediate attention,” the report says. A previous report issued in May had also warned about “dangerous overcrowding” at facilities in the El Paso facilities.” 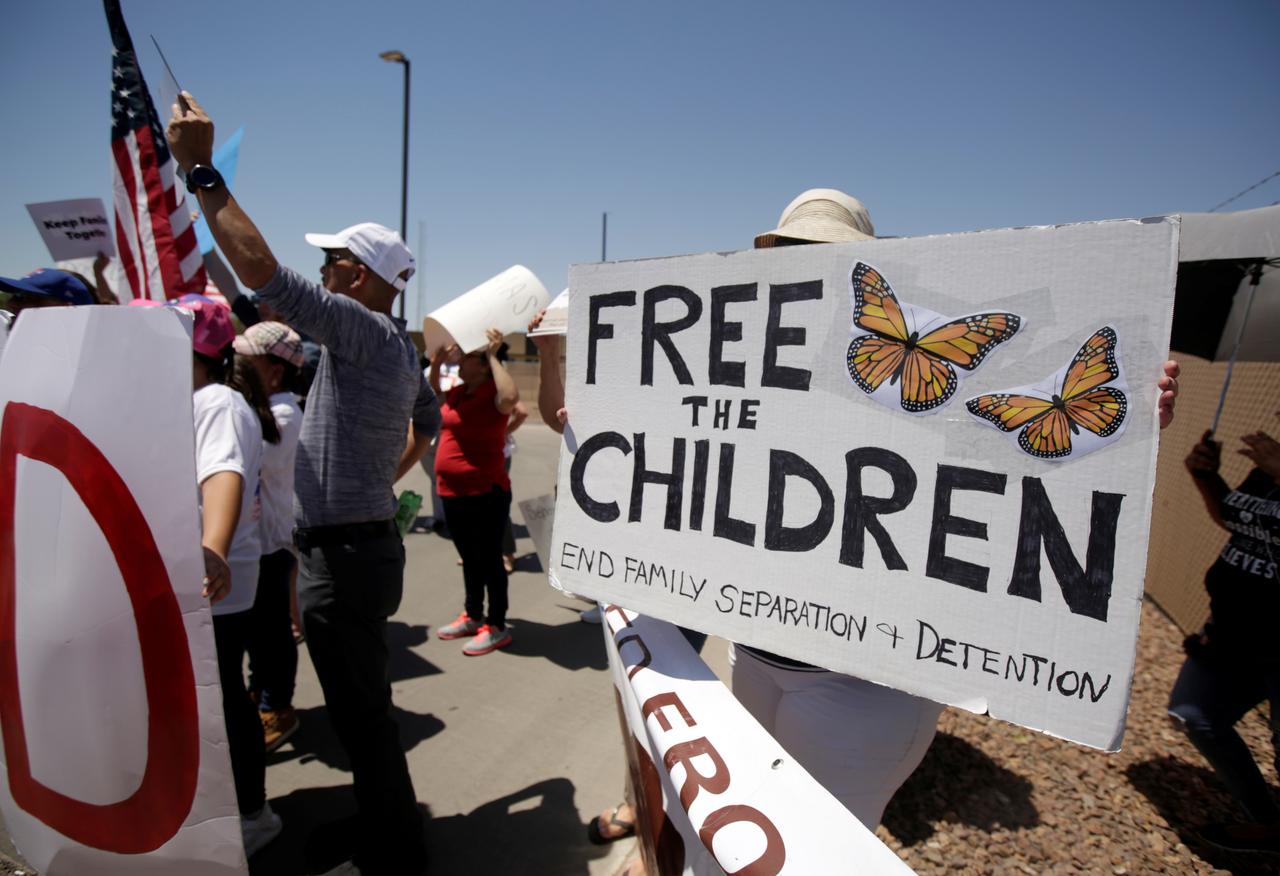 “DHS has blamed the surge of families crossing the border for straining its capacity. But reports of filthy conditions in some facilities have sparked outrage.”

“The report comes a day after several members of Congress toured a migrant detention center in Texas. The Democratic New York congresswoman Alexandria Ocasio-Cortez described the conditions they witnessed as “horrifying”.

“She posted on Twitter that the “officers were keeping women in cells w/ no water & had told them to drink out of the toilets” and said one woman “described their treatment at the hands of officers as ‘psychological warfare’ – waking them at odd hours for no reason, calling them wh*res, etc. Tell me what about that is due to a ‘lack of funding?’”

“The Democratic Texas congressman Joaquín Castro says he released video and photos of migrant women being held at a border facility in his state so the public could better understand “awful” conditions under Donald Trump’s policies.”

“Women held at the facility were “crammed into a prison-like cell with one toilet, but no running water to drink from or wash their hands”, Castro tweeted. Some had been separated from their children and held for more than 50 days, he said.”

See CNN report:  Immigration crisis at the US border