I’ve been writing for months about the out sized influence that White Evangelicals have over the current White House. The reason is that they are a reliable GOP voting block, equaling about 35% of his base.

The vast majority of these Evangelicals favor the republican President Donald Trump’s policies regarding the treatment of refugee/ migrant children at the US SW border; the denial of climate change science; the culture wars, etc.

I know from personal experience that they’re the same ones who spread lies about the former Democratic Party President Barack Obama, questioning his US citizenship; accusing him of being Muslim even-though he professed to be Christian; referring to him as being the anti-Christ. It has become obvious to me, that there’s a virulent strain of racism permeating their ranks.

Many of President Trump’s policies have been crafted to cater to this base of voters.The Democratic Party members ignore this reality at their peril.

On July 7, 2019, Paul Rosenberg of Salon penned the following report, “Under Trump, Christian nationalists are playing to win — and liberals are finally fighting back”

“Dominionists” who want a theocratic America are pushing on many fronts. But they’re not under the radar anymore.”

There is a difference between exercising religious beliefs and imposing them on others. Our Constitution fiercely protects the former and expressly prohibits the latter.
— Rep. Joseph Kennedy III

“It’s easy for significant stories to get lost in the sound and fury of Donald Trump’s frontal assault on American democracy, epitomized by his militarized co-opting of Washington’s Fourth of July celebration. As my interview with Angie Maxwell, co-author of “The Long Southern Strategy,” shows, Trump’s presidency was decades in the making, with racism, sexism and fundamentalism all playing crucial roles. The forces that brought him to power are ultimately far more consequential than he is.”

That’s why a cluster of recent developments involving questions of religious privilege deserve far more attention from the public and the media than they have received. These events reflect both the advancement of a theocratic, “dominionist” worldview that elevates the state-sanctified religious liberty of some at the obvious expense of others — and a rising tide of liberal, secular resistance.

On July 2, federal prosecutors announced they would retry humanitarian aid volunteer Scott Warren on two charges related to aiding migrants along the U.S.-Mexico border. Warren, whom Amnesty International has previously said “would be a prisoner of conscience” if convicted, was “detained for his volunteer activities motivated by humanitarian principles and his religious beliefs.”

Warren regards himself as a devout Christian, driven to follow the words of Jesus in the gospel of Matthew: “For I was hungry and you fed me, thirsty and you gave me to drink, an alien and you welcomed me, naked and you clothed me, sick and you ministered to me.” Warren’s religious freedom clearly plays no role in the Trump administration’s thinking. It’s the negative space that throws everything else into sharp relief.

The very next day, religious freedom was suddenly center stage again, as the VA announced new policies “to protect religious liberty” by trampling on the rights of religious minorities, in particular allowing religious displays in public lobbies, an issue I’ve written about before which is the subject of a recently-filed lawsuit by the Military Religious Freedom Foundation. MRFF president Mikey Weinstein denounced the policy move as “both tragic and predictable in this hyper-dangerous era.” 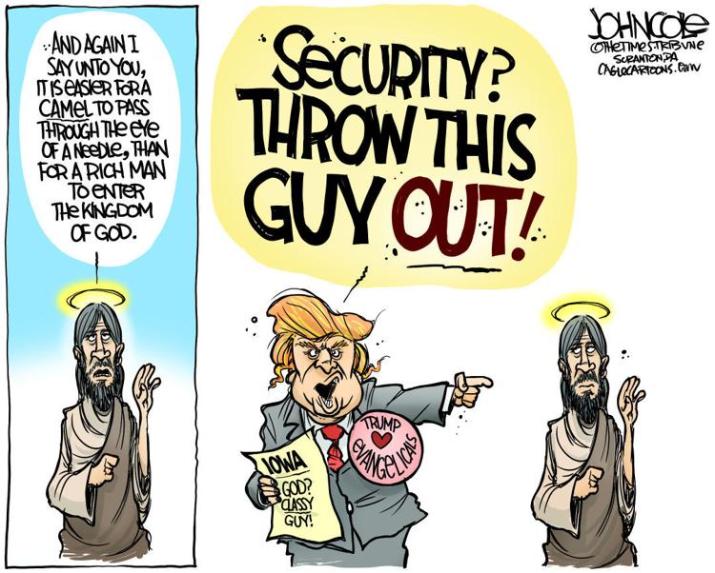 “To add another layer of confusion, the VA justified itself, in part, by referencing a recent Supreme Court decision on the Bladensburg Peace Cross, a century-old monument whose destruction would be “quite different from erecting or adopting new ones,” according to Justice Samuel Alito’s decision. New displays, of course, are precisely what the VA is addressing. Details, details.”

“Throughout such disputes, there’s a profound asymmetry: conservatives retell a few simple mythic just-so stories about an ideal cherished past moment, and how we’ve lost our way. America’s purported founding as a “Christian nation” is the most striking example of this, but far from the only one. Progressives counter with a bewildering multitude of contradictory facts, ultimately amounting to a complex story of protracted struggles stretching far beyond the limits of the simplistic narratives conservatives tell.”

“This happened again at the June 25 congressional hearing on the “Do No Harm” Act to remedy abuses of the 1993 Religious Freedom Restoration Act, abuses that have ramped up significantly under the Trump administration. It happened earlier this year in Minnesota, with threatened drastic cuts to the State Historical Society budget, as reported by Frederick Clarkson at Religion Dispatches the same day as the “Do No Harm” hearing.  And it’s happening again with the VA’s decision.”

“Clarkson’s reporting was his latest on Project Blitz — a Christian right stealth state legislative campaign first exposed by him early last year, and reported here at Salon. As I wrote then, its guiding vision is heavily influenced by pseudo-historian David Barton, who “has been discredited by every American historian I know,” according to evangelical historian John Fea. (See Fea’s latest on Barton here.) The myth of America’s founding as a Christian nation, and our supposed need to restore what’s been lost, are its guiding lights, with 3 proposed tiers of legislation.” 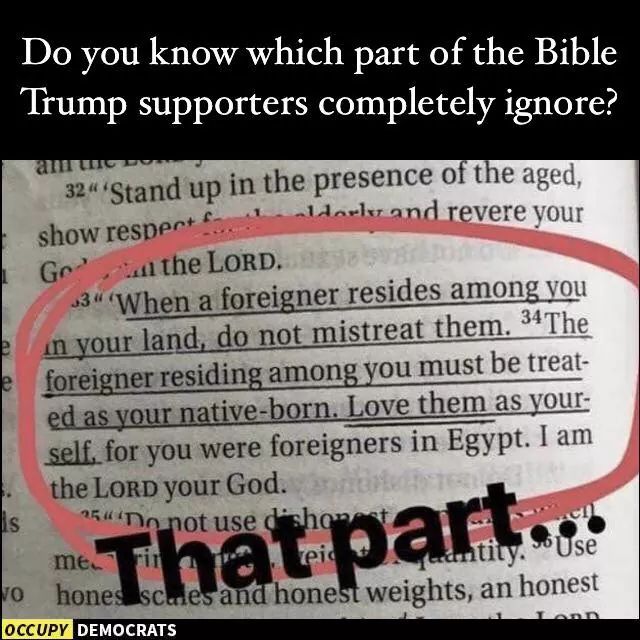 “First comes “Legislation Regarding Our Country’s Religious Heritage.” Second come “Resolutions and Proclamations Recognizing the Importance of Religious History and Freedom.” And the third and final chapter is, “Religious Liberty Protection Legislation.” That last has “2 main underlying intentions,” according to Clarkson. “First to denigrate the LGBTQ community, and second to defend and advance the right to discriminate…. As the late theocratic theologian R.J. Rushdoony said, ‘Only the right have rights.'”

“The “Do No Harm Act” hearing focused directly on the underlying intentions of the third tier, although at the federal level. (A recent USA Today joint investigation highlighted the state-level side.) We focus on it first because it reveals early signs of the bitter fruit Project Blitz holds in store for America. But Clarkson’s latest reporting shines a sharp light on how vigorously and deceptively — and even unconstitutionally — the first two tiers are being advanced at state level, in pursuit of the long campaign to remake American culture in a theocratic mold.”

“This “slippery slope of religious exemptions has gotten us into explicit religious discrimination in adoption and foster care,” Clarkson told me, pointing to two key areas highlighted in the congressional hearing. “Part of this is Project Blitz, part of it is Trump administration policy.”

“But the idea that these “religious freedom” exemptions are “being used to justify discrimination” is, Clarkson says, far too limited. “This is about profound religious supremacism and religious bigotry that undergirds long-term theocratic political agendas.” The discrimination is vitally important, of course. But unless we respond much more vigorously, far worse could lie ahead.”

Link to entire report: salon.com/ Under Trump, Christian nationalists are playing to win — and liberals are finally fighting back…

The World Of White Evangelicals, Part XII/ Quick Review Of Their Overall Beliefs