“We the People” can’t wait 15 more months only to watch the republican President Donald Trump stuff major government institutions with partisan individuals intent on following an ideology instead of having these government institutions being run efficiently, competently, with accountability measures in place while being responsive to the needs of the American peoples, the taxpayers and consumers of government services.

Most recently, we’ve seen the White House hard at work to make sure that the US Supreme Court was being staffed with extreme GOP partisans like with the newest justice Brett Kavanaugh; the US Department of Justice being headed by the president’s consigliere, the Attorney General Bill Barr. Now he has his sights on the Federal Reserve. 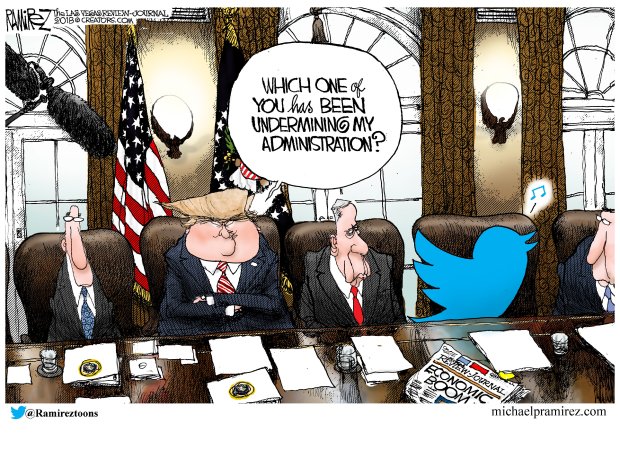 This eviscerating of our US governmental institutions across the board by the White House is just one more reason that the US House of Representatives should use the power granted it by the US Constitution to commence an impeachment inquiry/ investigation against President Trump, based on the the detailing of the president’s numerous felonious acts enumerated in the FBI’s 3/22/2019 final report, regarding its 22 months long Trump-Russia probe, led by the Special Counsel Robert Mueller. 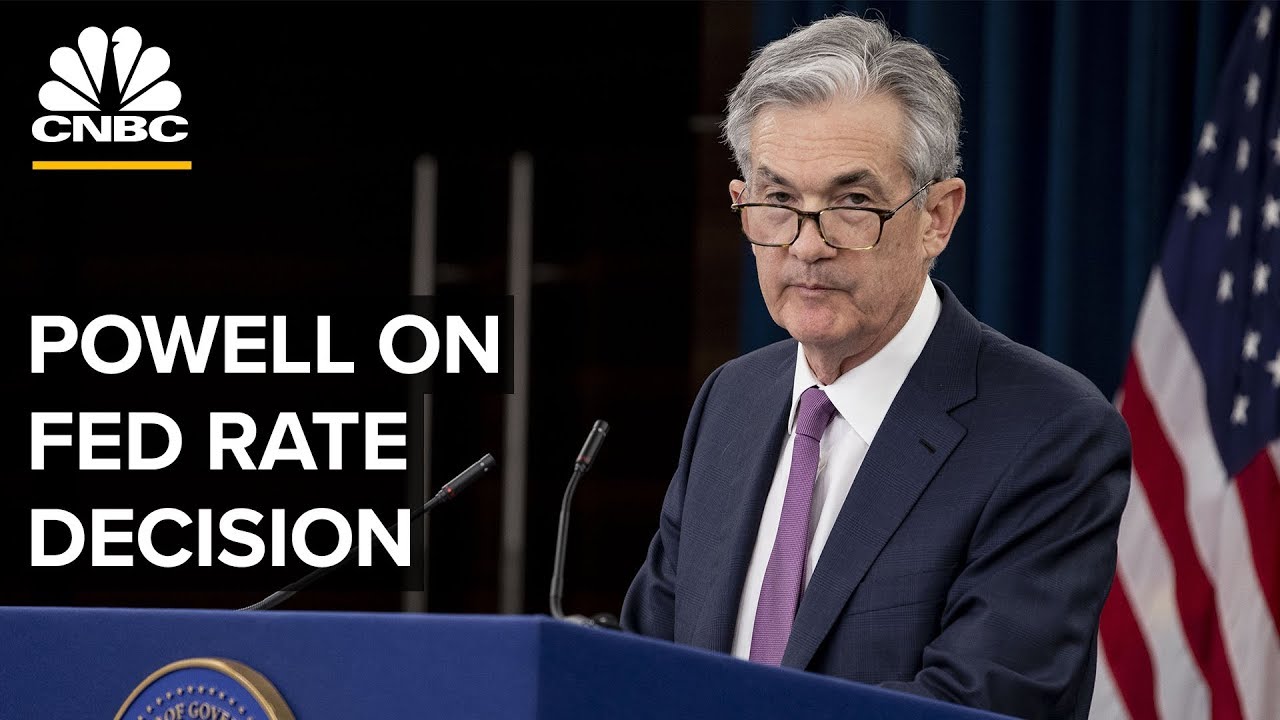 On July 17, 2019, Christopher Condon of Bloomberg penned the following report, “In Donald Trump vs. Jay Powell, New Battle Lines Are Being Drawn” (“The president’s tweets are a mere nuisance compared with his push to pack the Fed with partisans.”)

“Stoicism, the classical philosophy of emotional resilience, logic, and virtue, has long been a handy guide for anyone dealing with a crazy boss. Seneca the Younger, a first-century Roman statesman, found it helpful in managing the famously volatile Emperor Nero. Federal Reserve Chairman Jerome Powell also seems to be a fan. He has a mantra, a simple phrase he uses frequently in private and occasionally in public, that sounds straight from the stoic’s guide to a happy life: “Control the controllable.”

“For a full year, Powell has been on the receiving end of an unprecedented barrage of abuse from President Donald Trump, who’s called the Fed “loco,” as well as “the biggest threat” facing the U.S. economy. This from the man who tapped him for the job. Powell enjoyed five quiet months at the helm of America’s central bank after he took over from Janet Yellen in February of last year. But as he and his colleagues ratcheted up borrowing costs, the president’s ire rose. Trump took his first shot last July, and things only got worse as the Fed plowed ahead with four interest rate hikes over the course of the year, the last in December as officials also penciled in two rate hikes for 2019. That, along with the global economy already showing signs of strain, sent financial markets into a temporary tailspin, further inflaming the president.”

“That’s when Trump began asking aides about his ability to oust the Fed chief in discussions reported by Bloomberg News on Dec. 21. Advised that he doesn’t have the authority to fire Powell outright, the president asked White House lawyers in February to explore whether he could strip him of his chairmanship, a legally dubious move that could lead to a messy court battle. After Bloomberg News reported this twist, Trump claimed on June 23 that he has the power to demote Powell.”

“During this period, the president’s assault on the Fed took a turn. He’d already filled three openings on the bank’s seven-member Board of Governors and elevated Powell to the top job, picks that were well received inside and outside the institution. Clearly disappointed with their performance, however, he then began a concerted effort to fill two additional openings with individuals who would toe his line on interest rates. Candidates interviewed for the governor job this year have been asked whether they would support a rate cut if they were on the board now, according to two people familiar with the meetings.”

“According to one senior insider, Trump’s effort to pack the Fed has spooked the central bank’s staff and leadership far more than his public rantings. At the very least, it could drag partisan politics straight into the central bank’s closed-door meetings on monetary policy. Worse, it could pose a more elemental threat to the institution.”

“Judy Shelton, a former economic adviser to Trump who’s among his latest central bank picks, is the embodiment of all these fears. In the same way that the president’s choices to lead the Environmental Protection Agency and the Consumer Financial Protection Bureau have sought to undermine the missions of those agencies, Shelton could bring a level of iconoclasm rarely, if ever, seen at the Fed.”

“In the meantime, even an end to rate hikes hasn’t bought Powell any peace. By January he was backing away from further tightening as market turmoil continued. A majority of Fed officials then shelved projections for 2019 rate hikes in March as the risks of a worldwide slowdown mounted, in large part because of uncertainty caused by Trump’s trade war. That’s when the president pivoted and began beating the drum for rate cuts. The economy would be “like a rocket ship” if only Powell & Co. heeded his call and began easing monetary policy, he said this month.”

“Trump isn’t the first American president to bully his Fed chair. Former Chairman Paul Volcker revealed in his recent memoir that in 1984, Ronald Reagan ordered him, through chief of staff James Baker, not to raise rates. Yet since Bill Clinton, U.S. presidents have, at least publicly, left the Fed alone in deference to its independence. Trump, desperate to keep the economy purring and the stock market soaring, has laid waste to that tradition.”

“Ironically, he may have made it harder for the Fed to give him what he wants, because Powell and the rest of the rate-setting Federal Open Market Committee don’t want to be seen as caving to the president’s demands. That’s the very reasoning President Clinton’s economic team used in the 1990s to convince him that pressuring former Chairman Alan Greenspan would be counterproductive. “If the case is clear that they should cut, they will cut,” says David Wilcox, who joined the central bank in 1986 and retired late last year as head of its critical research and forecasting unit. But in this atmosphere, he adds, “when the Fed eases, the evidence would have to be just a little bit stronger.” It’s looking increasingly likely, even if there’s a higher hurdle, that Trump will get his wish when the FOMC meets on July 30-31. After trade and manufacturing continued to show signs of weakness, and the rock-solid jobs market suffered a hiccup, Powell signaled in June that the case for a cut had strengthened. He continued pointing in that direction when he testified before Congress last week, despite a strong June jobs report. Powell even admitted the Fed may have overtightened rates by underestimating certain fundamental shifts in the U.S. economy.”

“Some in Washington have begun to wonder whether Powell might crack under the pressure of the almost daily invective, perhaps even throw up his hands and quit. “Inconceivable,” says David Rubenstein, co-founder of the Carlyle Group, where Powell was a partner from 1997 to 2005. “He’s not a person who just walks away from things. He’s a very tough person, and I think he’s got the right personality for this.” 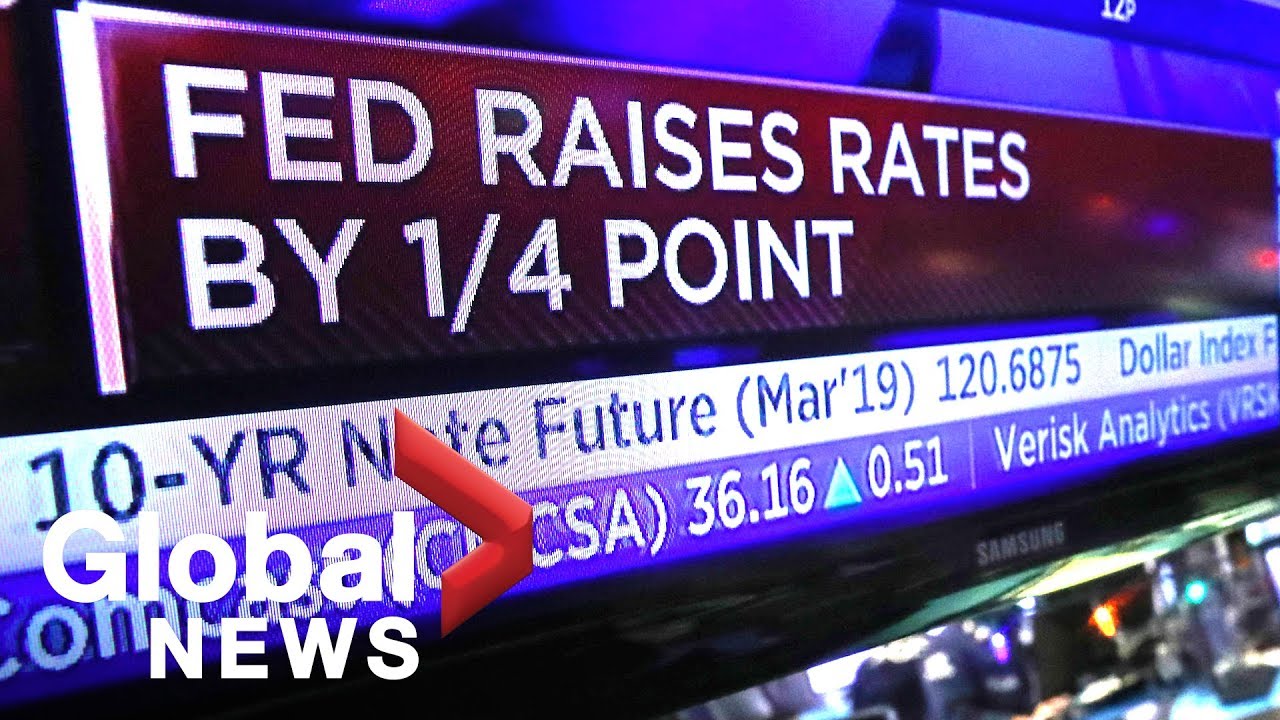 “Rubenstein is far from alone in that view. In interviews with Bloomberg Businessweek, several former colleagues said they were certain Powell would continue to shrug off Trump’s barbs and remain focused on his job.”

“Indeed during his testimony to Congress last week, Powell fielded a question about whether he would leave if Trump called to fire him. His answer, he said, would be no.”

“The 66-year-old, Ivy-educated lawyer has spent more than 2 decades working in Washington, during which time he’s developed a granite exterior. He also built himself a multimillion-dollar fortune in the private equity business before shifting to government work in 1990 after a mentor, Nicholas Brady, was named secretary of the Treasury. After another stint in the private sector, Powell, a registered Republican, joined a think tank, the Bipartisan Policy Center, before President Barack Obama appointed him to a seat on the Fed in 2012.”

Link to report: In Donald Trump vs. Jay Powell, New Battle Lines Are Being Drawn