Why is it that the republican President Donald Trump and his GOP cronies in the US Senate keep pushing policies that aren’t in many cases, popular even with their own voters like the concept of ending the pre-existing exclusion within ACA Obamacare law, by health insurance companies, and where these companies can’t charge the exorbitant rates that they used to enjoy?

Remember when President Trump and his sycophants in the US Senate failed to end Obamacare in December 2019 by only one vote, but now, in November 2020, they’re still trying to kill it via the Supreme Court which would end affordable coverage for preexisting conditions, even though this concept is extremely popular with American voters.

GOP political candidates have become so addicted to the easy monies provided by GOP dark money conservative ALEC type donors to where they fear the money spigot being turned off if they don’t kowtow to the wishes of these monied bag men more than they worry about the backlash by voters. These donors back the republican President Donald J Trump because he is so shameless that he’ll back their play, no matter how perverse, without a second thought. 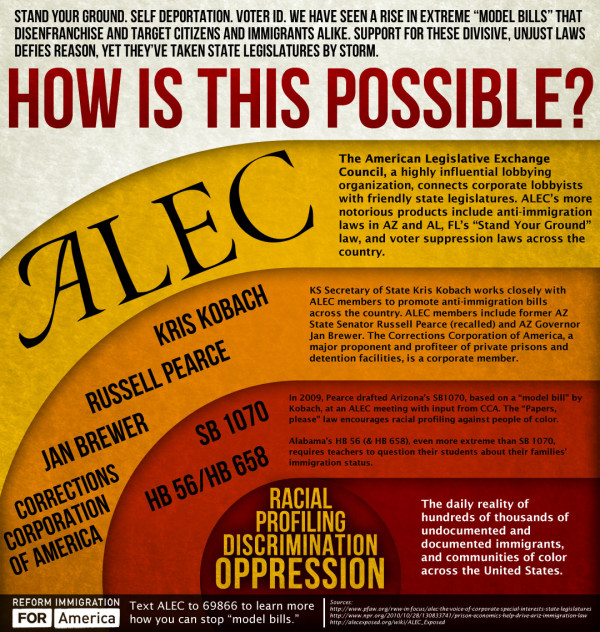 Those GOP Congressional enablers who keep backing whatever President Trump does, no matter how egregious, are selling out our US Democracy for the proverbial 30 pieces of silver. They stand for nothing except their greed and need to hold onto power.

Why isn’t there more recent media coverage to out these “dark money (Alec/ Federalist Society) rich donors who have been using their power to pull the strings of President Trump and to cut off the legs of legislators who don’t kowtow to their demands?

Many of the same conservative powerhouses which formed ALEC in 1973 have also provided funding for the Federalist Society, which has been insuring that the conservative justices named on President Trump’s short list as potential Supreme Court nominees are all opposed abortion being legal. Serendipity, it just so happens that these same pre-selected GOP justices would also be inclined to rule favorably in cases involving big business interests.

Do you think that after 47 years, these conservative GOP ALEC type dark money donors wouldn’t be cheering for a totalitarian government if that insures their maintenance of power? After all, they haven’t invested in buying the Republican Party, installing their hand selected justices via the Federalist Society in the US federal judicial system, setting up a right wing media network, funding the development of a coalition of like-minded voters, for nothing. They expect a return on their investment.

The only US lawmaker who has been sounding the alarm on this subject is the Democratic Party Senator Sheldon Whitehouse of Rhode Island. As per his remarks made on 12/9 2019:

“There is a dual problem with our Court: not only the web of special-interest, secret donor influence surrounding it (via Federalist Society); but an extraordinary record — a pattern — of partisan 5-4 decisions benefitting big Republican donor interests (like Citizens United). The likelihood that there is no link is vanishingly small, and a big dose of transparency is long overdue.”

See: Who funds the federalist society

With the recent passing of the Notorious RBG, the Supreme Court Justice Ruth Bader Ginsberg, a heroine to so many, and a major loss for all of us who had a champion for the idea that folks from every walk of life could eventually realize their unalienable rights, of “Life, liberty and the Pursuit of happiness.”  It didn’t even take one day before the republican President Donald J. Trump and his cronies in the US Senate announced their plan to replace this icon with a hand picked ALEC type/ Koch backed Federalist Society GOP conservative asap with only about 40 days before the November 2020 elections.

Yes, it’s likely that the republican President with his GOP cronies in the US Senate may prevail in adding another far right conservative justice on the Supreme Court bench prior to the November 2020 elections.

But we are empowered to respond by planning how we vote in overwhelming numbers where we crush any and all GOP candidates. This will be a temporary, elusive win for them.

With abortion rights and the ACA’s preexisting condition (part of Obamacare) plus other important issues on the chopping block by the US Supreme Court, young peoples who tend to support Democratic Party legislators will now be more highly motivated to vote in record numbers. This development favors Democrats and not Republicans who have already long enjoyed the backing of their pro-life voters.

In addition, if the Democratic Party legislators end up holding the majority of seats in both houses of the US Congress as well as winning the presidency, they can end the filibuster rule, push to grant Puerto Rico the status of becoming a US State; permit the District of Columbia the right to have representatives who can vote to enact legislation.  Plus, they can add at least 2 additional justices to the Supreme Court as this action isn’t barred by the US Constitution.

For reference (as per Wikipedia): The American Legislative Exchange Council (ALEC) (was formed in 1973 by Conservatives to benefit corporate / business interests). “ALEC is a nonprofit organization of conservative state legislators and private sector  representatives who draft and share model legislation for distribution among state governments in the United States.”

“ALEC provides a forum for state legislators and private sector members to collaborate on model bills—draft legislation that members may customize and introduce for debate (use) in their own state legislatures. ALEC has produced model bills on a broad range of issues, such as reducing regulation and individual and corporate taxation, combating illegal immigration, loosening environmental regulations, tightening voter identification rules, weakening labor unions, and opposing gun control.”

NOTE: During November 2020, there are 9 cases to be reviewed by SCOTUS which include issues related to ending ACA Obamacare; pension rights for retired railroad workers and LGBTQ rights.

As per the 8/19/2020 Scotusblog, “Justices will hear argument in ACA case one week after election day” by Amy Howe:

“The Supreme Court released the calendar for the November argument session, which will include the latest challenge to the Affordable Care Act and a clash between religious liberty and LGBTQ rights. Over five days between Nov. 2 and Nov. 10, the justices will hear eight hours of oral argument in nine cases. On the day after the Nov. 3 presidential election, the justices will hear a challenge to Philadelphia’s exclusion of a faith-based agency from its foster-care system because the agency will not work with same-sex couples. One week after the election, the justices will hear the two consolidated ACA cases, which ask whether the law’s individual insurance mandate is unconstitutional without a tax penalty and, if so, whether the rest of the law can remain standing.”

The cases scheduled for argument during the November session are below:

“Jones v. Mississippi (Nov. 3): Whether the Eighth Amendment’s ban on cruel and unusual punishment requires a sentencer to find that a juvenile is permanently incorrigible before imposing a sentence of life without parole.”

“Borden v. United States (Nov. 3): Whether a criminal offense that can be committed merely by being reckless qualifies as a “violent felony” for purposes of the Armed Career Criminal Act.”

“Fulton v. City of Philadelphia (Nov. 4): Whether the city violates the First Amendment when it makes participation in the city’s foster-care system by a faith-based agency contingent on actions and statements by the agency that conflict with the agency’s religious beliefs, and whether the court should reconsider its 1990 decision in Employment Division v. Smith, holding that the government can enforce laws that burden religious beliefs or practices as long as the laws are “neutral” or “generally applicable.”

“Niz-Chavez v. Barr (Nov. 9): Whether all of the necessary information about a scheduled removal proceeding must be provided in a single document to trigger the “stop-time” rule, which stops noncitizens from accruing the time in the US that they need to become eligible for discretionary relief from deportation, or whether the government can trigger the rule by providing the information in multiple documents.”

“Brownback v. King (Nov. 9): Whether a final judgment in favor of the United States in a lawsuit brought under the Federal Tort Claims Act bars a claim against a government employee based on Bivens v. Six Unknown Named Agents, in which the Supreme Court allowed a lawsuit seeking damages from federal officials for violating the Constitution to go forward.”

“California v. Texas and Texas v. California (consolidated for one hour of argument on Nov. 10): Whether the Affordable Care Act’s requirement that virtually every American obtain health insurance is constitutional and, if not, whether the rest of the ACA can survive.” 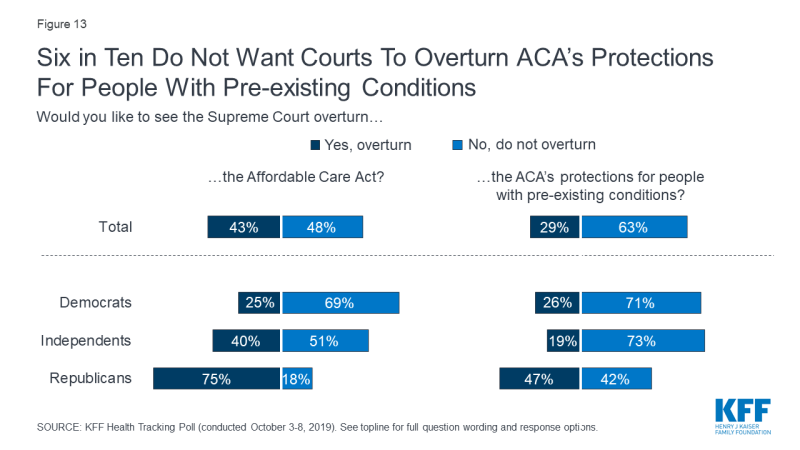 This post was originally published at Howe on the Court. 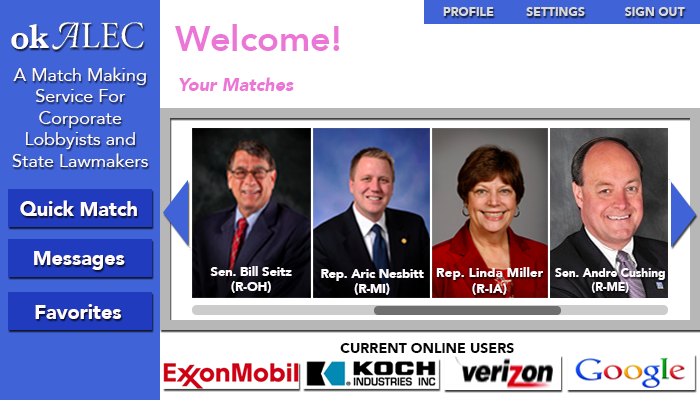