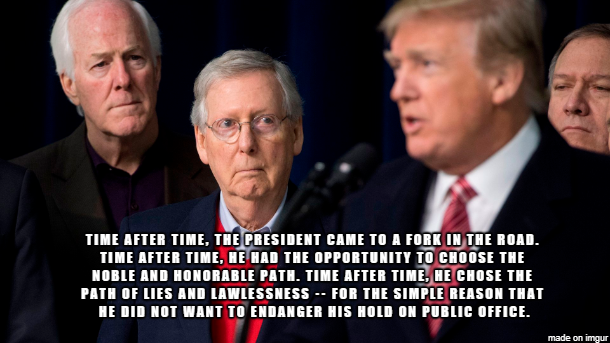 At first blush, way back in 2015, the thought of the Republican Party being led by the brash TV reality show host Donald J Trump with no political bona fides, would not have been welcomed by the buttoned-up Senate Majority Leader Mitch McConnell, who’s regarded as one of the wiliest politicians in Washington.

On the surface, the republican President Trump and the Senate Majority Leader Mitch McConnell have virtually nothing in common. But they have one major failing that they both share, which is a sick pathological need to win and to maintain/ increase power at all costs. Nothing else matters. Neither are encumbered with pangs of conscience.

Currently, the GOP Senate Majority Leader Mitch McConnell gets that he can’t keep his majority position in the US Senate without blocking the Democrats from winning 2 US Senate seats in Georgia in the scheduled run-off elections to be held on January 5, 2021. He desperately wants President Trump’s help towards this end goal. This is explains, only in part, why he’s indulging the whims of  his party boss, as the party boss continues to lie about who really won the 2020 US elections.

For example, in the days after the US Election, before CNN projected VP Joe Biden would win the presidency,  President Trump with his allies bombarded Americans with false claims about the presidential election, baselessly asserting that Democrats were attempting to steal the election from the current White House occupant. This GOP Trumpian / Russia/ FOX disinformation campaign had the full backing of the US Senate Majority Leader Mitch McConnell. The pernicious nature of this dark messaging campaign which amounts to an outright attack on the TRUTH is the underpinning to President Trump’s powerful control over his base of voters He was able to motivate 73+ million of his followers to get to the polls.

Read: CNN’s full fact check on some of those claims here.

MY TWITTER SCOOPS: (GOP Senator McConnell is fully complicit with GOP/ Russia/FOX/ Other RT wingers’ tactic of flooding popular social media sites like FB, Twitter, YouTube with ads laden with disinformation/ propaganda which gets transmitted in the form of 1000s upon 1000s of micro-targeted messages.

The content of these MICRO-TARGETED messages includes references to hot topics like, Dems are for “defunding police” where suburban neighborhoods won’t be safe; Dems will turn USA into socialist country a la Venezuela; Dems will raise everyone’s taxes; the US voting infrastructure with the increase of mail-in votes due to pandemic will be rife with fraudulent activities; the COVID 19 pandemic has been blown way out of proportion as it’s no more dangerous than the flu, the wearing of masks is not necessary, etc.

Read: Pro-Trump forces… are poised to wage perhaps the most extensive disinformation campaign in U.S. history, @mckaycoppins writes… the wreckage it leaves behind could be irreparable. Link to article: “The Billion-Dollar Disinformation Campaign to Reelect the President” theatlantic.com/magazine..

Here’s link to article, “How to Defeat Disinformation”/ \foreignaffairs.com/article...
*** 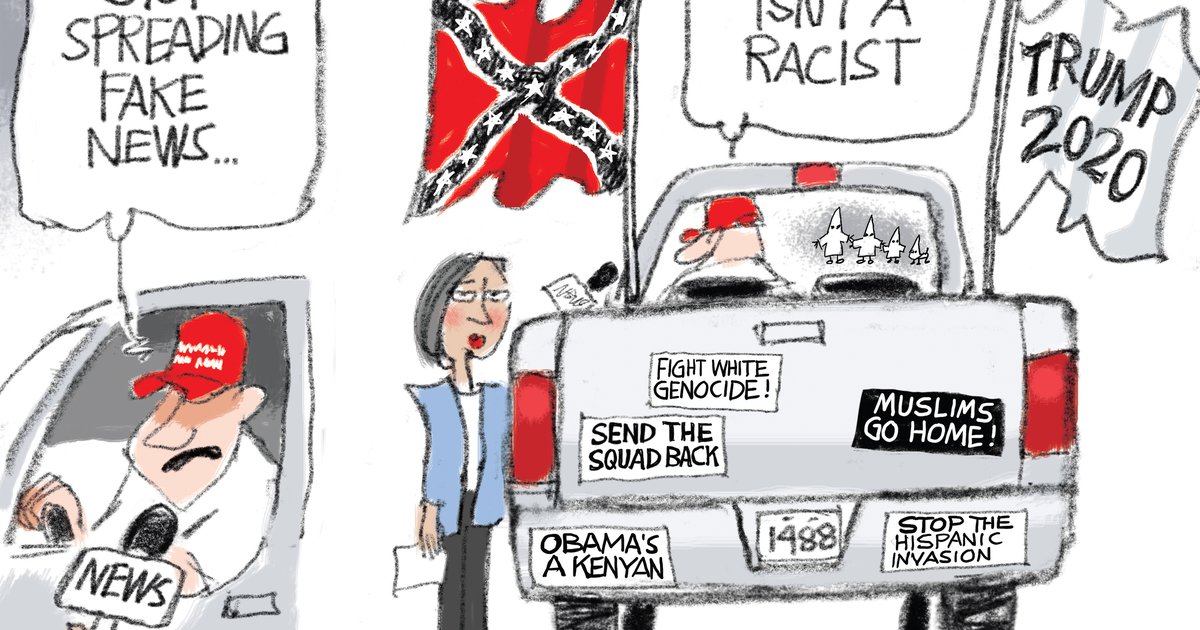 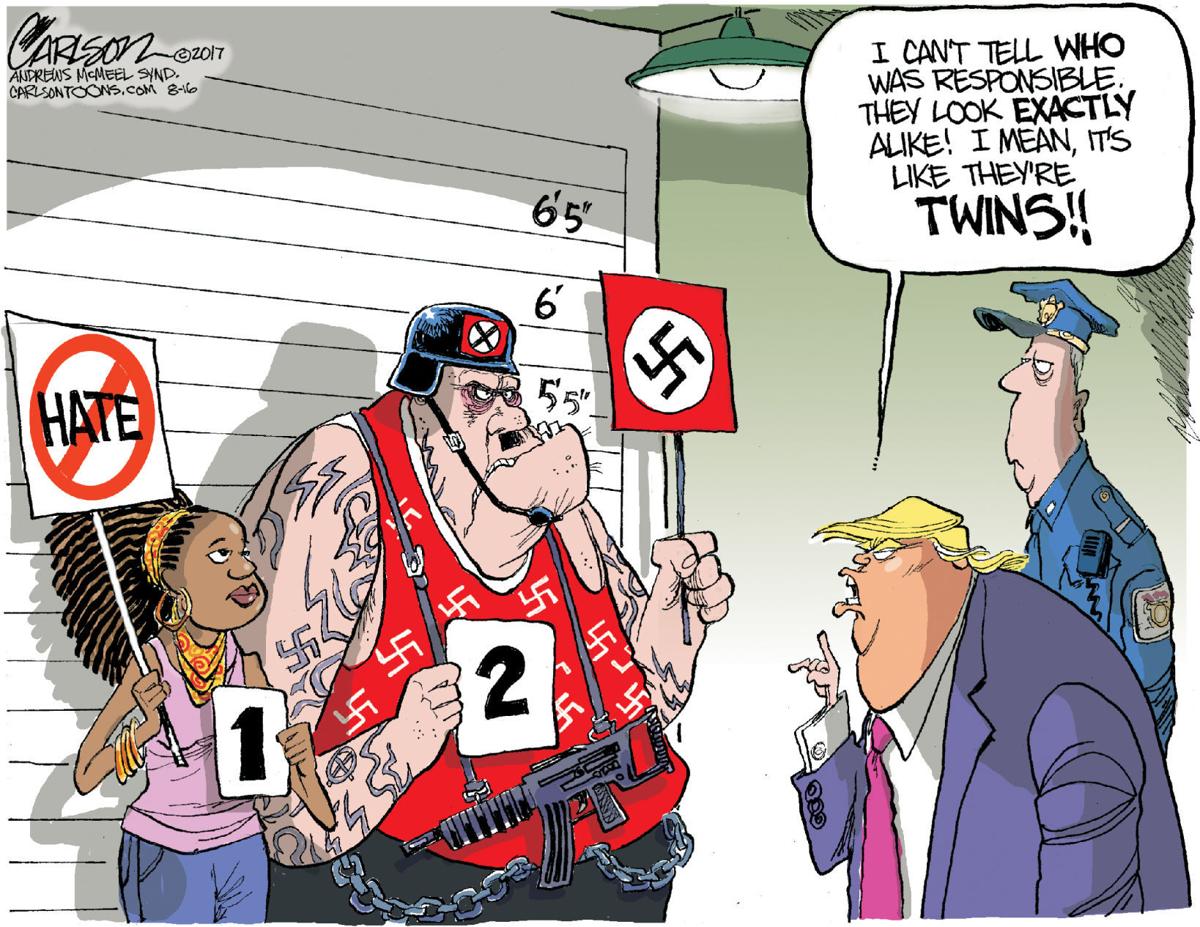 For a few days prior to the US election, while Twitter / FB/ other sites did block messages containing disinformation with luv a la Russia, in English text, these same social media sites didn’t block those with a Spanish text. This fubar could explain the surprise showings in FL and TX regarding the Hispanic vote. Exit polls indicate that 32% of Hispanics voted for President Trump.

The GOP US Senate Majority Leader Mitch McConnell along with his financial backers, the GOP ALEC/ Koch Network dark money donors, are dependent on the fiercely loyal base of supporters that President Trump enjoys. In 2020, no one else but President Trump could have delivered 73+ million voters for the Republican Party.

What Senator Mitch McConnell brings to the table is his ability to protect/ cover/ clean-up all the negative consequences, resulting from all the shenanigans, wrongdoings committed by President Trump. In short, President Trump would not be benefitting from his Teflon-Don success were it not for his Enabler-in-Chief, The GOP US Senate Majority Leader Mitch McConnell.

“Some critics argue that McConnell bears a singular responsibility for the country’s (current) predicament. They say that he knew from the start that Trump was unequipped to lead in a crisis, but, because the President was beloved by the Republican base, McConnell protected him. He even went so far as to prohibit witnesses at the impeachment trial, thus guaranteeing that the President would remain in office. David Hawpe, the former editor of the Louisville Courier-Journal, said of McConnell, “There are a lot of people disappointed in him. He could have mobilized the Senate. But the Republican Party changed underneath him, and he wanted to remain in power.”

“Stuart Stevens, a longtime Republican political consultant, agrees that McConnell’s party deserves a considerable share of the blame for America’s covid-19 disaster. In a forthcoming book, “It Was All a Lie,” Stevens writes that, in accommodating Trump and his base, McConnell and other Republicans went along as Party leaders dismantled the country’s safety net and ignored experts of all kinds, including scientists. “Mitch is kidding himself if he thinks he’ll be remembered for anything other than Trump,” he said. “He will be remembered as the Trump facilitator.”

“The President is vindictive toward Republicans who challenge him, as Mitt Romney can attest. Yet Stevens believes that the conservatives who have acceded to Trump will pay a more lasting price. “Trump was the moral test, and the Republican Party failed,” Stevens said. “It’s an utter disaster for the long-term fate of the Party. The Party has become an obsession with power without purpose.” 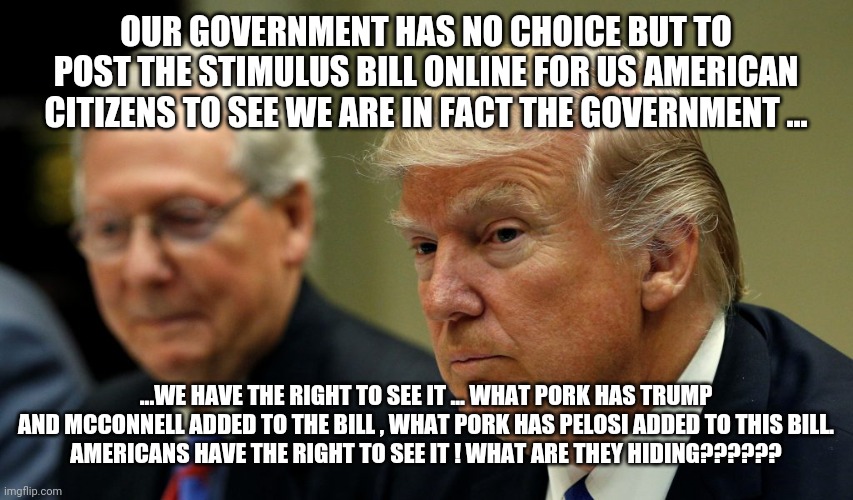 Reminder: The GOP Senate Majority Leader Mitch McConnell has nixed passage in the US Senate of the October 2020 enhanced HEROES Act passed by the US House of Representatives to provide a crucial lifeline for financially strapped American workers and small business owners due to worsening COVID 19 pandemic numbers.
From the Spring of 2020, Senator McConnell has been holding firm on his red line of requiring any HEROES Act to include legal liability protections for claims against business owners related to the COVID 19 pandemic before he’ll consider any relief package.
*** 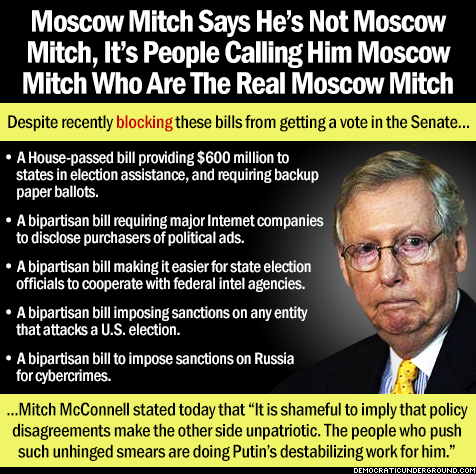 As per 10/7/2020 CBS News report by Aimee Picchi, “$2.2 trillion HEROES Act would provide second round of stimulus checks.”
Excerpts:

“The House Democrats’ revised stimulus bill would restore some popular programs that were devised to help families weather the coronavirus pandemic. Chief among them: $1,200 per adult stimulus checks targeted to middle- and low-income families.”

“In a statement earlier this month, House Speaker Nancy Pelosi said the bill reflects a package that’s $1.2 trillion less than the Democrats’ original HEROES Act in May, which failed to advance amid opposition from Republicans. The new bill is called the updated HEROES Act (which stands for Health and Economic Recovery Omnibus Emergency Solutions). “

“The new bill would also restore $600 in extra weekly jobless benefits, which until expiring in July provided a lifeline to tens of millions of adults who lost their jobs when the pandemic crippled the economy in March.”