On 11/6/2022, It’s the FL Coral Showdown Between the GOP MAGAs Trump and Desantis

Update: On election eve (11/8/2022), the Florida GOP MAGA candidates Governor Ron DeSantis and the US Senator Marco Rubia won their reelection bids, bigtime against their Democratic Party opponents. Dems have their work cut out for them if they don’t want Forida to become a permanent red state.

On the evening of November 5, 2022, at a Pennsylvania rally, the GOP MAGA defeated ex-president hurled one of his infamous nicknames against Florida Gov. Ron DeSantis, calling him, ‘Ron DeSanctimonious.” It’s obvious that both these GOP MAGA titans want the GOP presidential nomination in 2024, but they despise each other.

At this same Pennsylvania rally, the GOP MAGA defeated ex-president made it perfectly clear that he plans to announce the start of his reelection campaign within the next couple of weeks.

Update: During the 11/6 Miami rally, where the GOP MAGA defeated ex-president attended to help GOP FL US Senator Marco Rubio win reelection, no mention was made of the GOP MAGA FL Governor Ron DeSantis who did not get an invite, held his reelection campaign, elsewhere. The ex-president did hold his tongue.

There was speculation that the GOP MAGA defeated ex-president might give into the temptation to target the FL governor with his ire at the Florida rally, held on 11/6/2022.

Meanwhile, for the past couple of years, GOP dark money corporate donors have been seeking a GOP MAGA leader who could represent their interests without all the negatives associated with the GOP MAGA defeated ex-president and who could still hold the support of the GOP MAGA cult-like followers who’re loyal to the GOP ex-president. The GOP MAGA billionaires have made their choice by donating to Gov. Ron DeSantis’ reelection effort with a level of support, described as being “off-the-charts.”

It’s these same GOP wealthy backers who’ve given the GOP US Senate Leader Mitch McConnell the courage to occasionally publicly separate himself from the ex-president as exemplified by his support for the Electoral Count Act. This accounts for why conservative media pundits are currently being extremely critical of the ex-president’s attacks on Gov. DeSantis prior to the midterm elections. 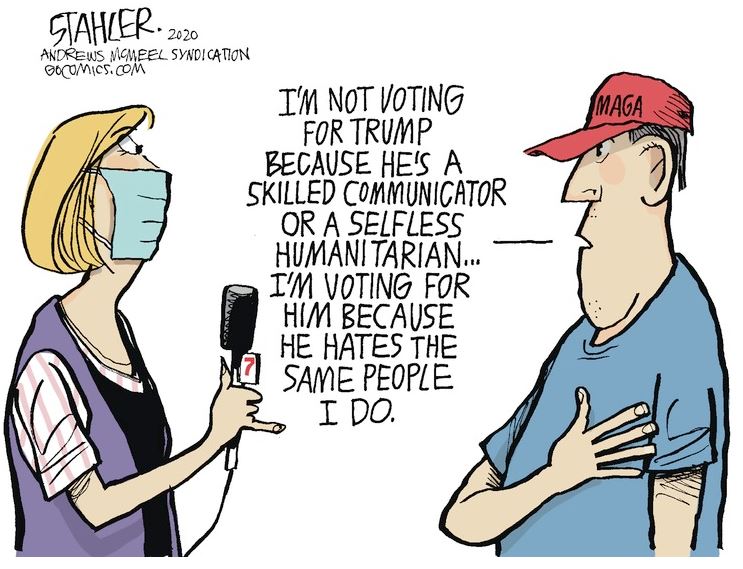 This big money support by GOP donors also helps to explain why the GOP MAGA FL Governor Ron DeSantis has been courting GOP MAGA folks bigtime by stoking culture war issues like his ordering schools about what they can and can’t teach and what textbooks can be used in the classroom, his stunt of sending Venezuelan asylum seekers in Texas to Martha’s Vineyard, his past castigation of high schoolers for wearing masks, his recent deployment of police to round up alleged vote fraudsters, all of whom a judge acquitted, his negative stance towards the LGBTQ community, etc. The Republican Party’s political operatives are fully cognizant that their candidates can’t win future elections without the GOP MAGAs votes.

More than 40 billionaires back DeSantis’ reelection campaign. Who are they? 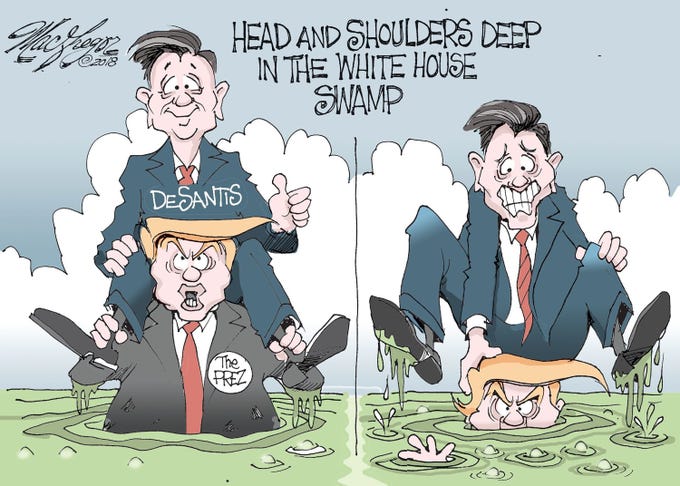 As per 11/5/2022 Newsweek report, “News about Donald Trump ‘Hates’ DeSantis, May Not Vote In FL Governor Race: Mary Trump, by Fatma Khaled:

“Mary Trump, the niece of former President Donald Trump and one of his toughest critics, said on Friday that her uncle “hates” fellow Republican Ron DeSantis.”

“Trump recently announced that he will hold a rally in Florida on (11/6) to back GOP Senator Marco Rubio, who is running against Democrat Val Demings. However, DeSantis, who was once considered to be a close ally of Trump’s, will not be in attendance.”

“The Florida governor wasn’t even aware of the event, according to Politico. One person close to him told the news outlet that Trump’s rally for Rubio is like “an elbow to Ron’s throat.”

“Questions about their once close ties come in light of ongoing speculation that they are both considering running for president in 2024 as the GOP nomination.” 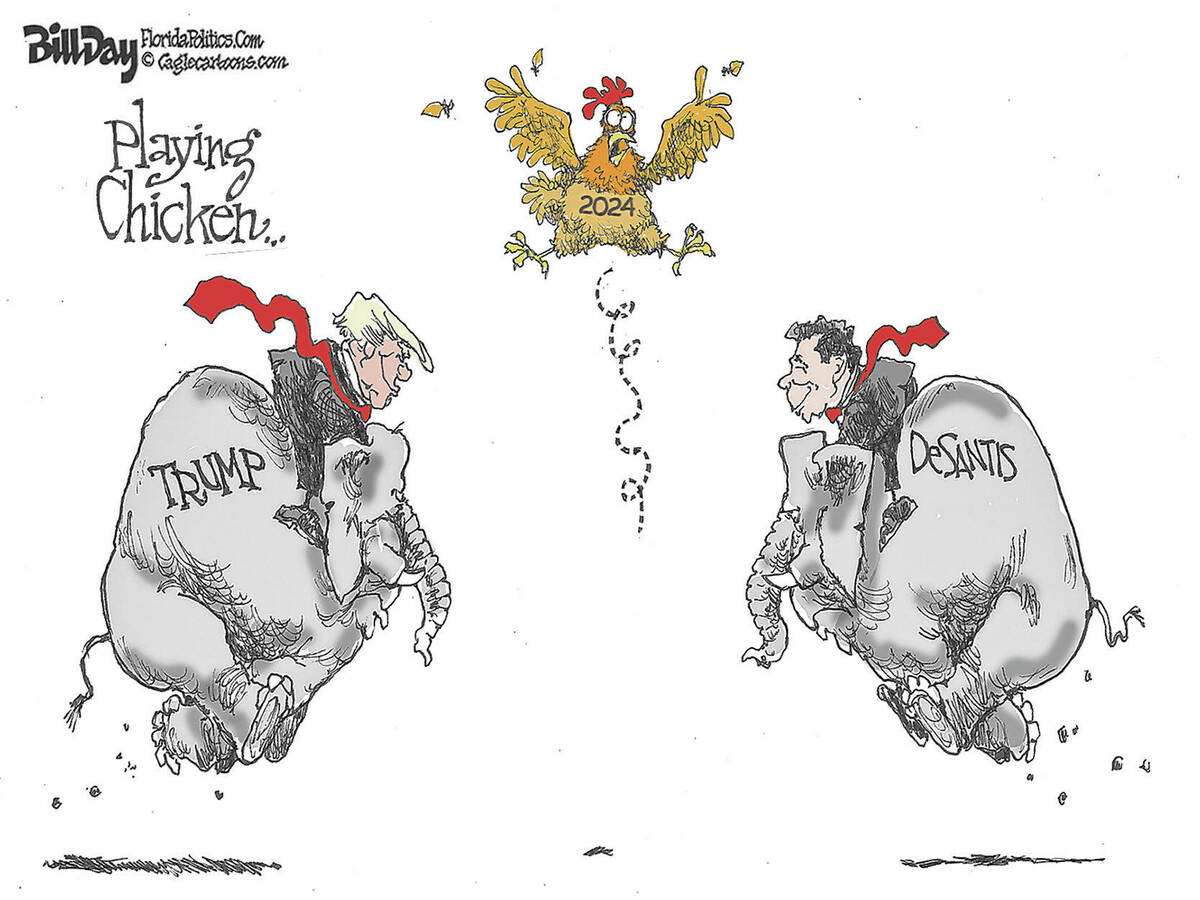 “Michael Binder, a professor of political science at the University of North Florida, told Newsweek that Trump may have felt “betrayed” that DeSantis now appears to be distancing himself from the former president ahead of a potential rivalry to lead the GOP.”

“It’s pretty clear these two don’t have a good personal relationship, and while a lot in politics is transactional, personal relationships do matter,” Binder said last week. “Trump likely feels betrayed by a candidate he thinks isn’t grateful enough for the 2018 support. DeSantis doesn’t feel a lifetime of indebtedness is warranted for a single endorsement. And they both know each of them are their biggest threat to the GOP nomination.”