Dear Florida Governor Rick Scott, The F.B.I. did drop the ball by not following up on tips that were within its job responsibilities in order to possibly prevent the mass shootings of 17 souls at a Parkland, Florida High School by a troubled young man on Feb 14, 2018.

Governor Scott, You were quick to point the finger at the FBI to lay blame for this tragedy as you publicly demanded the resignation of the FBI’s Director Christopher Wray.

But, you were too quick in your deflection as it now seems, that the Florida Department of Children and Families agency also dropped the ball in their interaction and evaluation of the mass shooter.

The police and the school system itself may have dropped the ball. (See: The Question Is, Who Didn’t Drop Ball In Not Preventing Mass Shooting ) 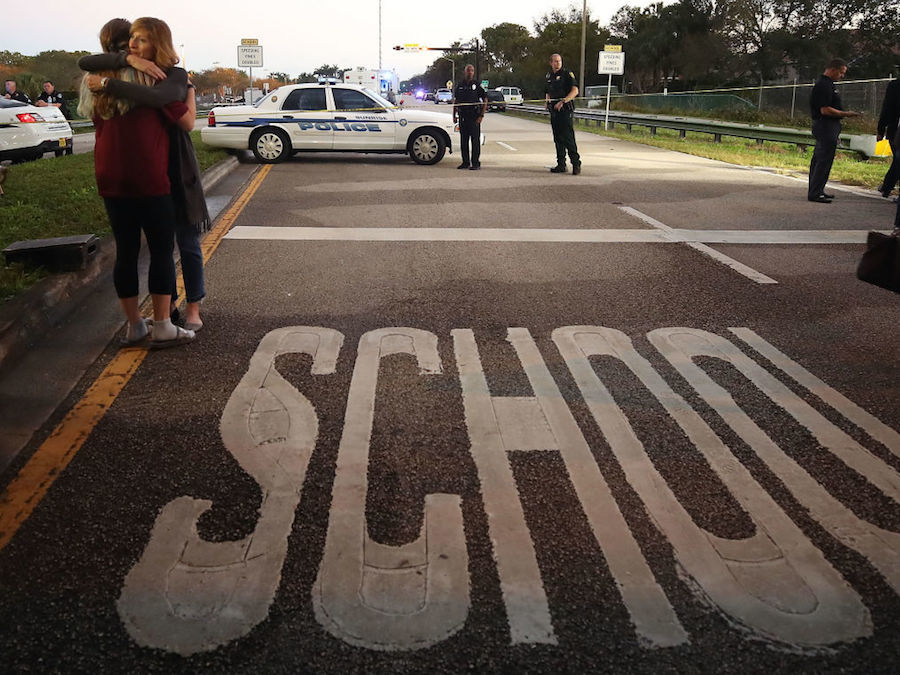 “A Florida social services agency conducted an in-home investigation of Nikolas Cruz after he exhibited troubling behavior nearly a year and a half before he shot and killed 17 people at his former high school in Florida, a state report shows.”

“The agency, the Florida Department of Children and Families, had been alerted to posts on Snapchat of Mr. Cruz cutting his arms and expressing interest in buying a gun, according to the report. But after visiting and questioning Mr. Cruz at his home, the department determined he was at low risk of harming himself or others.” 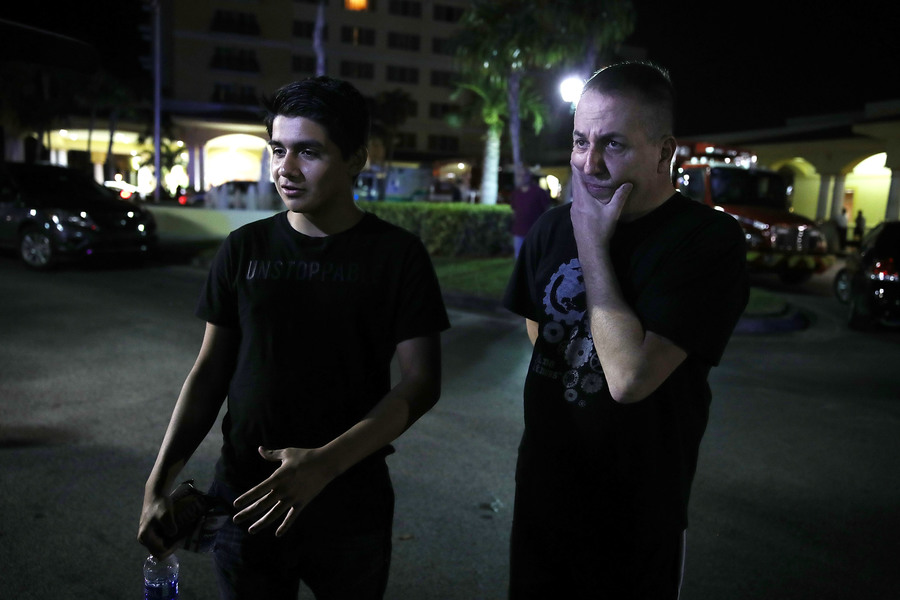 “The report is the latest indication that Mr. Cruz was repeatedly identified by local and federal agencies as a troubled young man with violent tendencies. The F.B.I. admitted on Friday that it had failed to investigate a tip called into a hotline last month by a person close to Mr. Cruz identifying him as a gun owner intent on killing people, possibly at a school. The local police were called to Mr. Cruz’s house many times for disturbances over several years.”

“Mr. Cruz also worried officials at his former school, Marjory Stoneman Douglas High in Parkland, Fla., who on at least one occasion alerted a mobile crisis unit to get him emergency counseling, according to the state report.”

“Broward County Public Schools disciplinary records obtained on Saturday by The New York Times show Mr. Cruz had a long history of fights with teachers, and was frequently accused of using profane language with school staff. He was referred for a “threat assessment” in January 2017, the last entry in his record, two months after the Department of Children and Families closed its separate investigation into Mr. Cruz’s worrisome behavior.” 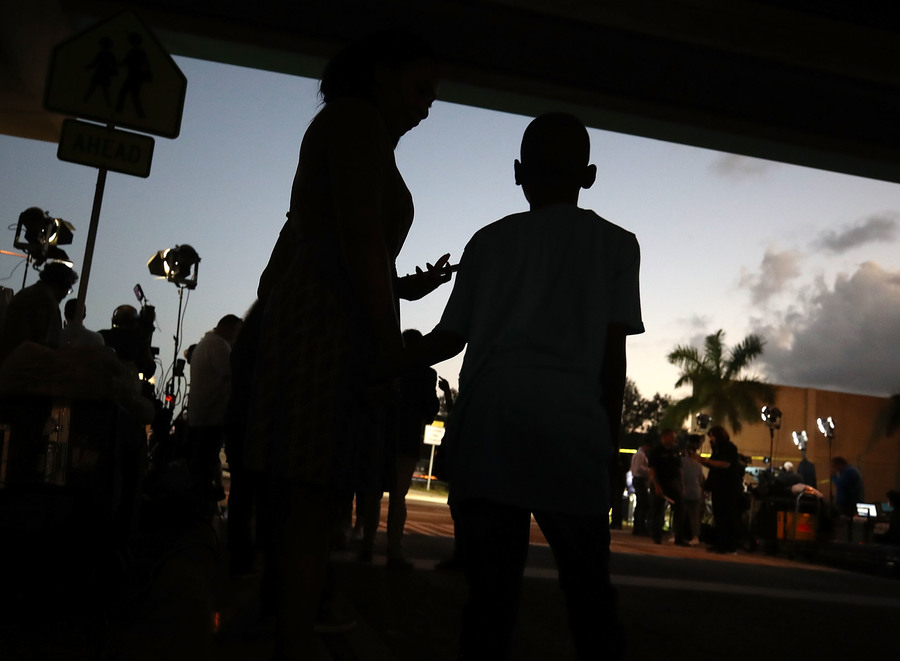 “Howard Finkelstein, the Broward County public defender, whose office is representing Mr. Cruz, said the report was further evidence that Mr. Cruz needed serious help long before the shooting but did not get enough of it.”

“This kid exhibited every single known red flag, from killing animals to having a cache of weapons to disruptive behavior to saying he wanted to be a school shooter,” Mr. Finkelstein said. “If this isn’t a person who should have gotten someone’s attention, I don’t know who is. This was a multisystem failure.”

“The state agency investigated whether Mr. Cruz intended to harm himself in September 2016, when he made the alarming social media posts after an argument with his mother. Mr. Cruz, who had depression, was upset over a breakup with a girlfriend, his mother, Lynda Cruz, told investigators. The report does not say who called in the complaint, which was given “immediate” priority.” 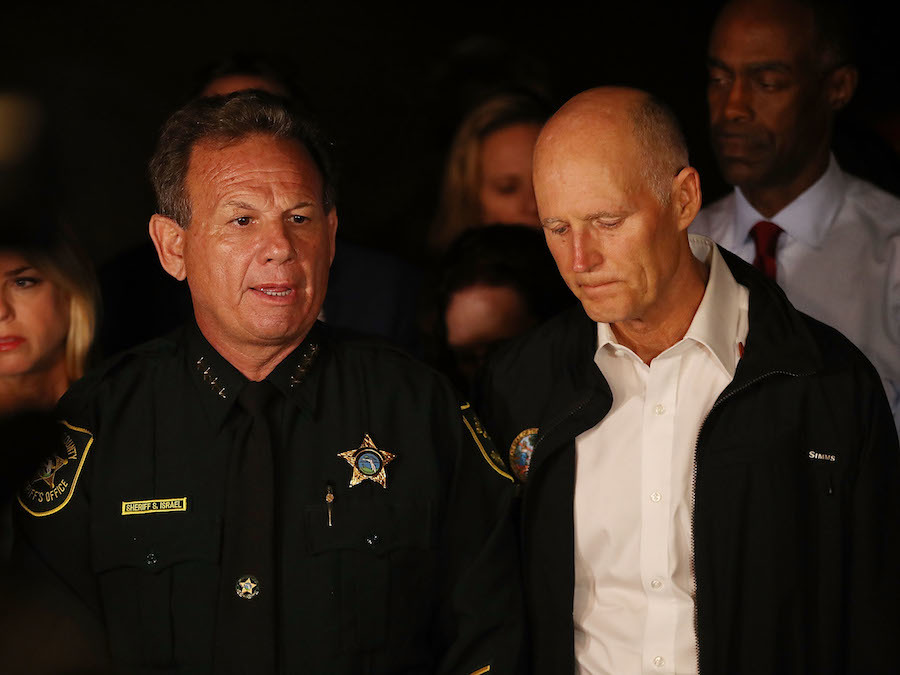 “The report shows that investigators closed the case about two months later. The agency determined that the “final level of risk is low” — an analysis that one of Mr. Cruz’s counselors at his school felt was premature — because his mother was caring for him, he was enrolled in school and he was receiving counseling. By the time of the shooting, however, Mr. Cruz had lost at least two of those elements: His mother was dead, and he had left Stoneman Douglas High School.”

“On Wednesday, Mr. Cruz, 19, showed up at Stoneman Douglas and unleashed more than 100 rounds from a semiautomatic AR-15 rifle he purchased last February, five months after the state investigation closed. As of Saturday evening, two Broward hospitals were still treating four patients in fair condition, according to Jennifer Smith, a spokeswoman.” 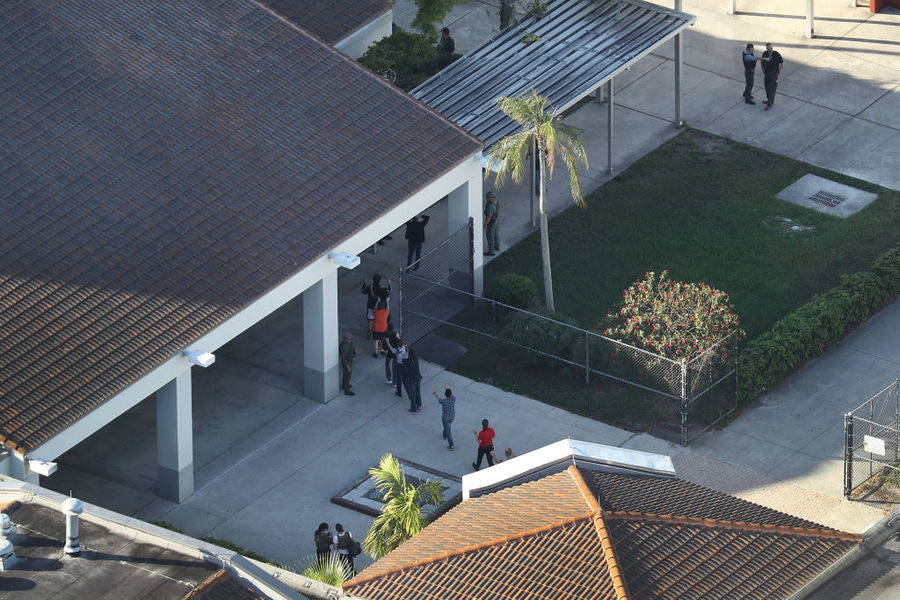 “The office of Mr. Finkelstein, the public defender, suggested that it had offered prosecutors a guilty plea in exchange for a life sentence without the possibility of parole.”

“Everybody knows he is guilty. What we are saying is, let’s put him away for life,” Mr. Finkelstein said. “We are not saying the death penalty is not justified; we are saying, let’s not put this community through the trauma and pain of a trial knowing that, three years down the road, one juror could keep him from being put to death.”

“In Florida, the death penalty requires a decision by a unanimous jury.”

“Mr. Cruz’s school disciplinary records show he attended at least six schools, including Cross Creek School, a school for students with emotional problems; Dave Thomas Education Center, an alternative high school for at-risk youth; and an adult education center. He was first identified as developmentally delayed in 2002, when he was 4 years old.” 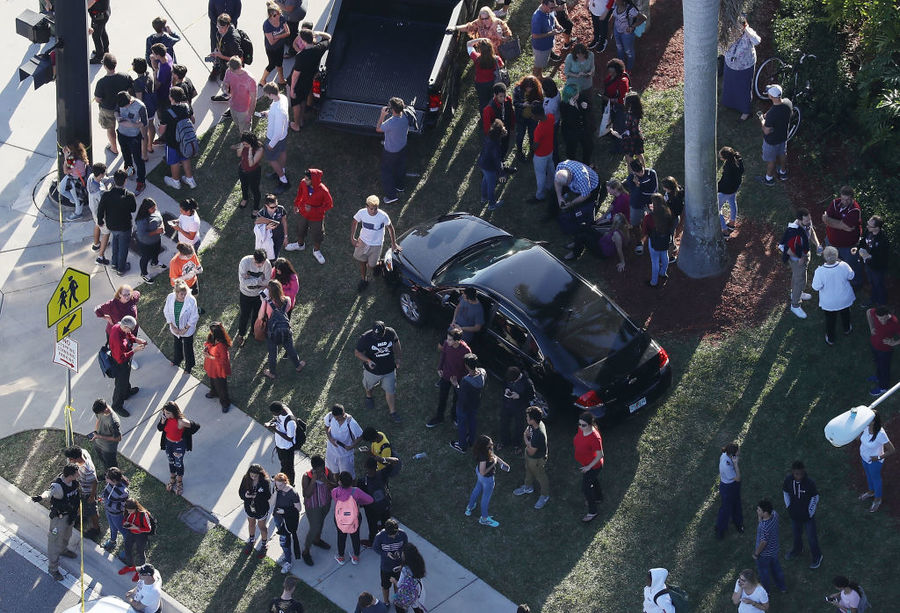 “In incidents that began in 2012, when Mr. Cruz was 13, he was disciplined for being disobedient and unruly. In 2013, the records suggest, he was counseled for making a false 911 call.”

“He was suspended several times in the 2016-17 school year, his last year at Stoneman Douglas, and was frequently reported for prolonged and unexplained absences. In September 2016, he was suspended for two days for fighting, only to return and get suspended again nine days after the fight, this time for hurling profane insults.”

“That same month, the Department of Children and Families began its investigation into Mr. Cruz. The investigation, first reported by The Sun-Sentinel of South Florida on Friday, was obtained by The Times on Saturday. The state agency had petitioned a court on Friday to make the confidential records public, but the court has yet to do so.” 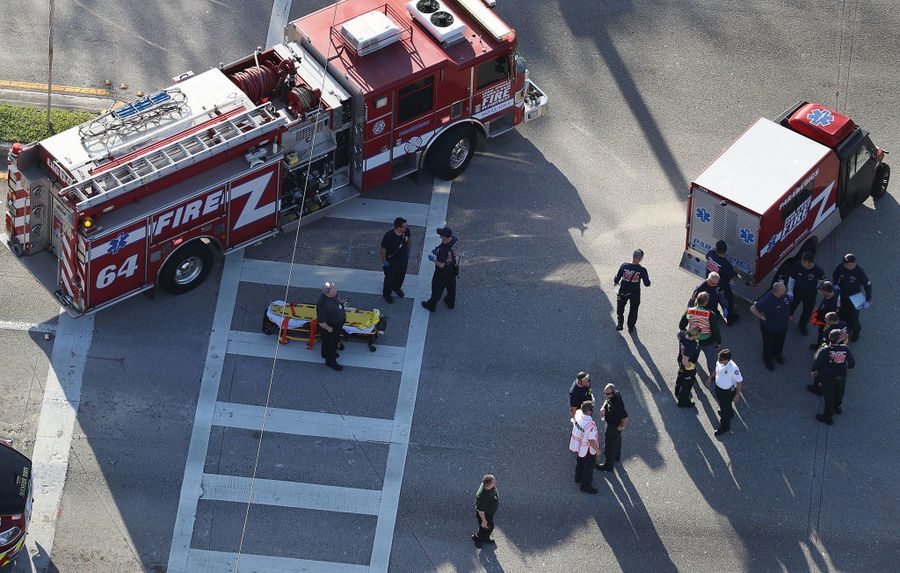 “Mental health services and supports were in place when this investigation closed,” Mike Carroll, the secretary of the Department of Children and Families, said in a statement. Mr. Cruz was investigated as an adult, and the investigation appeared aimed at determining whether he was being neglected.

Agency investigators identified Mr. Cruz, who had turned 18 a few days earlier, as a “vulnerable adult due to mental illness.” In addition to depression, Mr. Cruz had autism and attention-deficit hyperactivity disorder, the report said. He was regularly taking medication for the A.D.H.D. It was unclear whether he was taking anything for the depression, according to the report.

“After the argument with his mother, an investigator visited the family’s home in Parkland, which was clean, clutter-free and did not present any foul odors. The investigator did not see the cuts on Mr. Cruz’s arms: He was wearing long sleeves.”

“Mr. Cruz stated that he plans to go out and buy a gun,” the report states. “It is unknown what he is buying the gun for.”

“His mother denied that she and her son had argued. She told the investigator that Mr. Cruz did not have a gun, though he did have an air gun she would take away from him when he did not follow rules about shooting only at backyard targets. 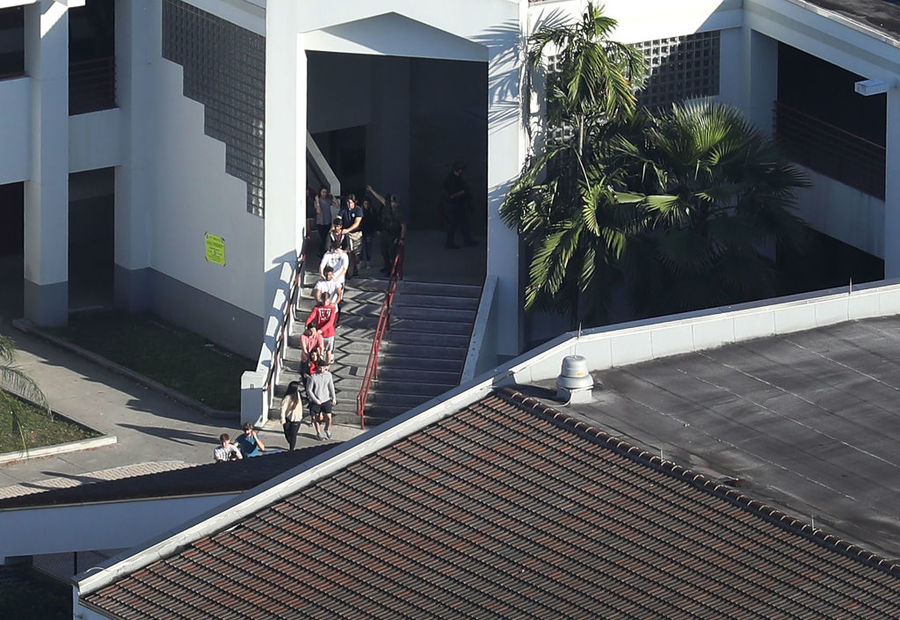 “His mother, who died in November, told investigators she attributed Mr. Cruz’s behavior to “a breakup with a girl.” Ms. Cruz “stated that she and the girl’s mother told the kids they had to end the relationship because it was unhealthy for everyone,” the report said.”

“A year before, it was discovered that Mr. Cruz had a Nazi symbol and a racial slur on his book bag. His mother said that when she confronted her son about it, Mr. Cruz purported to not know what the sign meant, and she said the family had never expressed negative sentiments toward people of other races. She made him clean it off his bag.”

“The report noted that a mental health center had been contacted in the past to detain Mr. Cruz under Florida’s Baker Act, which allows the state to hospitalize people for several days if they are a threat to themselves or others. The center determined that he was not such a threat. Had Mr. Cruz been involuntarily committed, state law could have prohibited him from buying a firearm.”