I have been blogging  for months about the Israeli connection to our US foreign policy to where it is my perception that the republican President Donald Trump has been prioritizing Israeli’s wish list versus acting in the US national security best interests.

I’ve footnoted some of these posts below. This morning, I came across an Haaretz article which provides information that I didn’t know, regarding the Israeli connection with the FBI’s Trump-Russian probe being led by the Special Counsel Robert Mueller III. 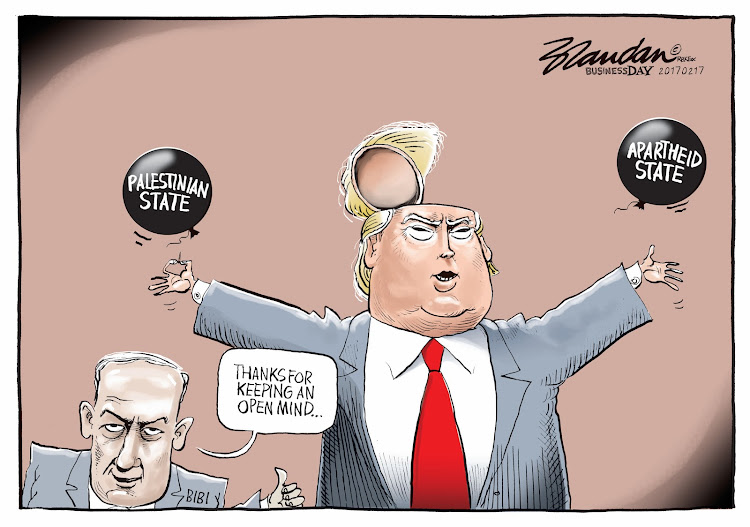 On May 26, 2018, Chemo Shalev of Haaretz penned the following op-ed piece,  “Analysis The Countless Israeli Connections to Mueller’s Probe of Trump and Russia” (“The Israel-lobbyists, Netanyahu cronies, psyops manipulators and well-connected oligarchs — could it all be just one big coincidence?)

“The Israeli media usually takes scant interest in Robert Mueller’s investigations. It prefers to dwell on Donald Trump’s supposedly pro-Israeli policies. Last week’s report in the New York Times about the participation of Joel Zamel, the Australian-born “Israeli specialist in social media manipulation,” in an August 3, 2016 meeting at Trump Tower in New York was an exception to the rule. The FBI, the Times reported, had even come to Israel to search the offices of Zamel’s company. Here was a direct Israeli link to the scandal that has bewitched much of America since Trump was first elected.” “The moment of fleeting interest was followed up by a report, published by Walla! News, that another Israeli-based company called Inspiration, run by former IDF intelligence officers, had been employed by a super PAC that supported Trump’s election. The report alleged that after retiring from the race, Housing Secretary and then-candidate Ben Carson personally presented Trump with Inspiration’s plan for voter manipulation in swing states. A source in the company told Walla! that Inspiration had received “enormous amounts” of information from the Super PAC, which it then used to compose strategies and slogans that would elevate Trump and “float all kinds of things” about Hillary Clinton.”

“The two separate cases of Israeli involvement fed into sometimes anti-Semitic conspiracy theories that seek to place Israel on the same level as Russia in its intervention in the 2016 presidential elections. In Israel’s case, however, there is no indication or allegation of direct government involvement or of Mueller’s interest. Nonetheless, beyond Zamel and Inspiration, a disturbing number of the main players implicated so far in Mueller’s investigation, many of them of Russian origin, have a direct link to Israel in their past or present.”

Nonetheless, there is no denying that Benjamin Netanyahu’s government was overjoyed at Trump’s election – if not before the fact, then certainly after. According to reports published in November and December of last year, Mueller is investigating lobbying efforts made in December 2016, before Trump’s inauguration, by former National Security Advisor Michael Flynn and presidential adviser Jared Kushner against the Obama administration’s intention to refrain from vetoing UN Security Council Resolution 2334, which condemned Jewish settlements in the occupied territories. Flynn’s indictment included an admission that he had lied to the FBI about his approach to Russia’s U.S. Ambassador Sergei Kislyak to delay the Security Council vote.

And while no direct link has been established, there was certainly a confluence of views and interests in the recently uncovered efforts by the United Arab Emirates (UAE) and Saudi Arabia to assist Trump’s campaign. According to the New York Times, in the August 2016 meeting at Trump Tower, the UAE representative, George Nader, told Donald Trump Jr. and other participants that Obama had left a “power vacuum” in the Middle East. The report also states that Nader had concocted a secret plan to destabilize the Iranian regime, an objective now being pursued, despite their denials, by both Israel and the United States.

“In the meantime, here is a necessarily incomplete catalog of the numerous Israeli connections to some of the people named so far in Mueller’s probe:”

“George Nader, the convicted pedophile who worked on behalf of UAE, is a Lebanese businessman who has worked for decades in the shadows of Middle East diplomacy. He has often been accused in the Arab press of being an agent for the Mossad.  In the 1980s, Nader reportedly mediated between Israel and Lebanon. At the same time, he established the journal Middle East Insight, which often arranged meetings in Washington between Israelis and Arabs. In July, 1996, Nader hosted Netanyahu shortly after his first election as prime minister. This video shows both on the same stage.”

“Two years later, Nader forged even closer ties with Netanyahu and his bureau: he served as Ronald Lauder’s assistant in the cosmetic tycoon’s failed efforts to secure a peace deal between Netanyahu and Syria’s president at the time, Hafez Assad. Netanyahu’s advisers have acknowledged their contacts with Nader, who is said to have been especially close to Dore Gold, the prime minister’s aide and former UN ambassador.”

“ Nader’s partner in representing the UAE – and in pressing Trump to take a hard line on Qatar – was Elliott Broidy, the Los Angeles venture capitalist and GOP fundraiser.  Broidy made headlines in recent weeks for his lucrative lobbying efforts on behalf of the UAE, which included two personal meetings with Trump, as well as for his alleged role in Trump lawyer Michael Cohen’s payment of $1.6 million to former Playboy Playmate Shera Bechard. Many commentators assume that it was Trump who actually had an affair with Bechard and got her pregnant, with Broidy volunteering to serve as his cover.”

“In January 2017, Nader took part in a meeting in Seychelles, which is also being probed by Mueller. In attendance were Erik Prince, Trump confidante, brother of Education Secretary Betsy Devos and founder of the security company Blackwater, as well as Kirill Dmitriev, CEO of the Russian government’s sovereign wealth fund Russia Direct Investment Fund. Dmitriev’s fund has in recent months been negotiating with Israeli government ministers on a $100 million project to open Israeli-run dairies in Russia.”

Russian lawyer Natalya Veselnitskaya, who features in the June 2016 meeting at Trump Tower, in which she is alleged to have offered damaging information on Hillary Clinton, represented Prevezon Holdings Ltd. in the money laundering case brought forth by former New York Southern District Attorney Preet Bharara. After Bharara was dismissed by Trump, Prevezon was allowed to pay a $6 million fine in May 2017 to avoid criminal prosecution. The owner of Prevezon is Denis Katsyv, another Israeli citizen, whose father Pyotr was a high municipal official in Moscow. In 2005, the same Katsyv reached a similar settlement with Israeli authorities, paying a fine of 35 million shekels after being indicted for money laundering at a Tel Aviv branch of Bank Hapoalim. The Cyprus-registered Prevezon was managed for a while by a Tel Aviv lawyer, who also represented the Russian Embassy in Tel Aviv.

“Katsyv partnered with the Dutch branch of Africa-Israel Ltd., which belongs to Russian-Israeli diamond and real estate mogul Lev Leviev. Leviev’s apartments in New York were alleged to have served as a conduit for Prevezon’s money laundering. In 2015, Leviev sold four stories of the old New York Times building in Manhattan to Jared Kushner for $295 million, secured through a loan from Deutsche Bank, which is also being probed by Mueller.”

“Mueller is also said to be investigating connections between Russian oligarchs and Trump’s businesses in the years before he became president. One such partner in Trump’s failed Soho tower was the late Israeli-Georgian tycoon Tamir Sapir. In 2007, Trump hosted the wedding of Sapir’s daughter, Zina, with Rotem Rosen, then the director of the North American branch of Leviev’s Africa-Israel. The same year, Netanyahu listed Sapir as one of the potential donors to his Likud primary campaign in a handwritten note uncovered by the Yedioth Aharonoth daily.”

“Another partner in the Soho project, and possibly the architect of Trump’s ties to Russia, was Felix Sater, who worked closely with Cohen. Sater is also an Israeli citizen, having passed through the country on his way to the United States with his father Mikhail, whom the FBI has named as a lieutenant for Russia mafia kingpin Sergei Mogilevich. Mogilevich came to Israel in 1990 and lived there for a few years. According to press reports, Mogilevich participated in a 1995 meeting of Ukrainian master criminals convened in Tel Aviv by another Russian oligarch with a shady reputation, Boris Birshtein. After several years in Israel, Birshtein left the country for Canada, after learning that he had turned into a target of the Israeli police. Subsequently, he partnered with Trump in a building project in Toronto.” 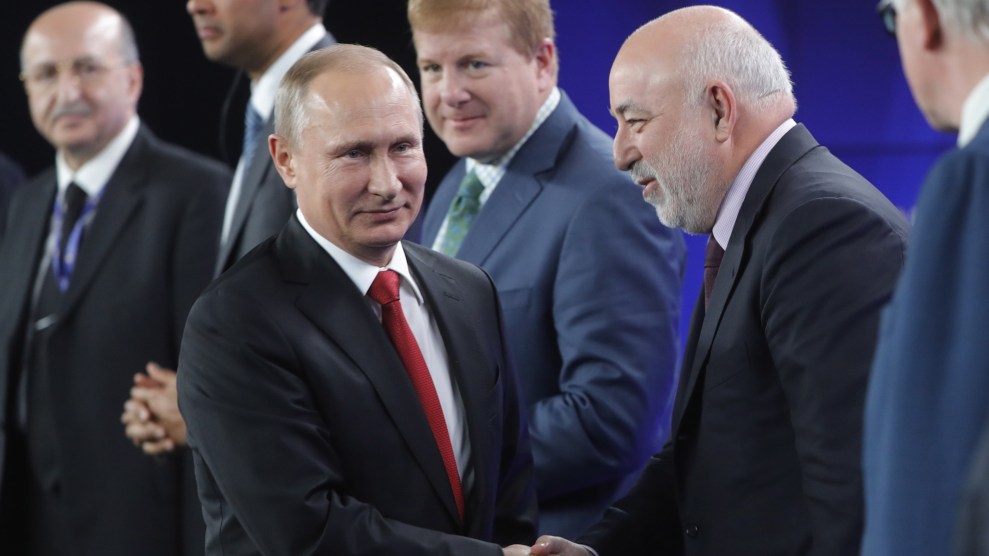 ” Another purported target of Mueller’s investigation is Russian oligarch Viktor Vekselberg, an Israeli citizen with investments in Israel, for payments allegedly made to Michael Cohen. Vekselberg partnered with Israeli-Russian billionaires Len Blavatnik, who is invested in Israeli media, connected to Netanyahu and is also under Mueller’s spotlight, as well as Russian-Israeli billionaire Mikhail Fridman. One of their joint holdings was Alfa Bank, which, according to the Steele Dossier, owned a mysterious internet server found in Trump Tower. Fridman is also the main contributor to the Genesis Prize, in which Netanyahu regularly plays a prominent role, and which featured recently in the brouhaha surrounding Natalie Portman’s decision to decline the prize after she had earlier accepted it.”

Link to entire article: The countless Israeli connections to Mueller’s probe of Trump/ Haaretz
SEE:
Is There The Israeli Cartel Driving US Foreign Policy?
Elliott Broidy, The Israeli/ UAE Advocate Who Michael Cohen Allegedly Helped With Indiscretion
Make No Mistake: Israel And Saudi Arabia Want US To Strike Iran