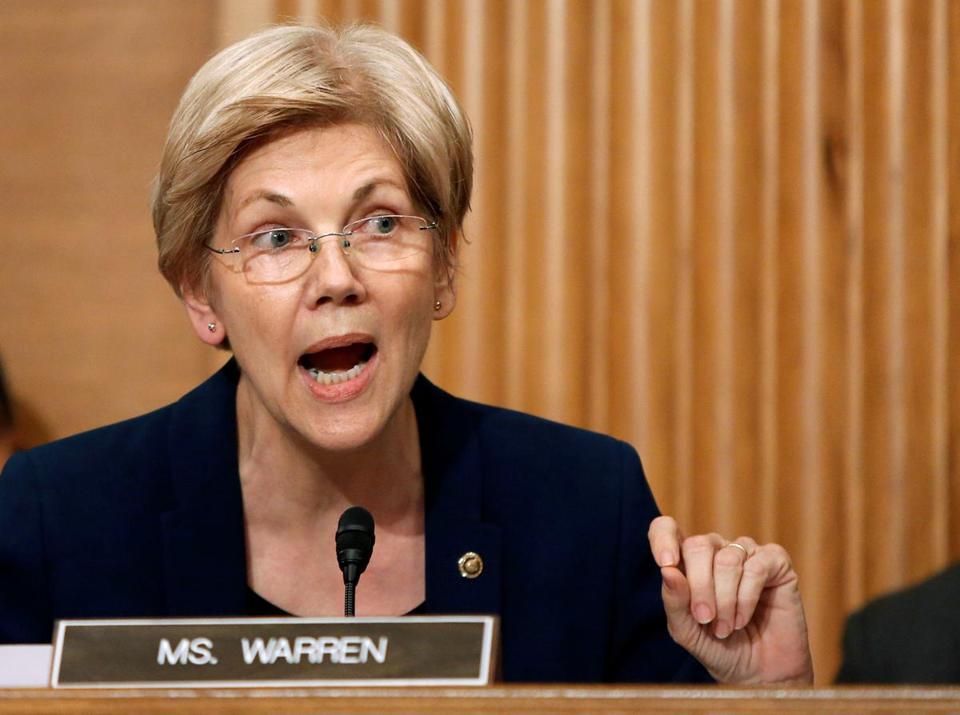 I have no clue as to whether the Democratic Party Senator Elizabeth Warren from the State of Massachusetts will end up being successful in her bid to become the 2020 US presidential nominee, but I do know that her voice in the election process is one of tremendous value. She has been one democratic representative who has consistently championed the cause of hard working average Americans.

After the 2008 US great recession, she is the one who pushed hard for CFPB (Consumer Financial Protection Bureau), a governmental agency responsible for consumer protections in the financial sector. This governmental department was set up to hold corporations accountable for its acts of wrongdoing against US average citizens.

Of course, the republican President Donald Trump and its administration have been working overtime to dismantle this consumer protection department.

See: Roll back Of CFPB Rule Bars Consumers From Being Able To Sue Banks Like Wells Fargo

As per the 8/15/2018 VOX report, Senator Elizabeth Warren has another plan in mind…

“The conceit tying together Warren’s ideas is that if corporations are going to have the legal rights of persons (as defined in the 2010 US Supreme Court ruling in Citizens United v FEC), they should be expected to act like decent citizens who uphold their fair share of the social contract and not act like sociopaths whose sole obligation is profitability — as is currently conventional in American business thinking.” 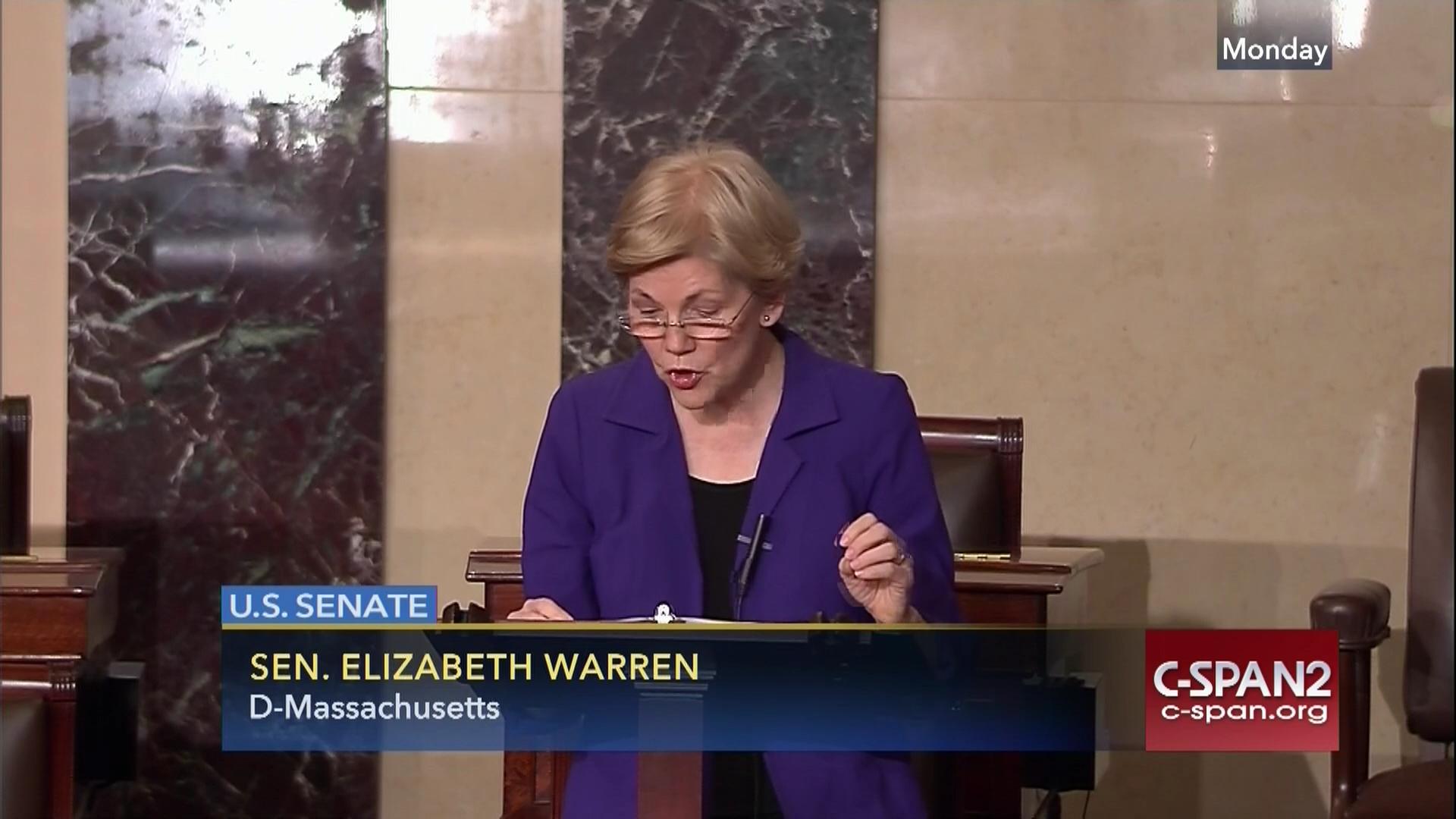 “Warren wants to create an Office of United States Corporations inside the Department of Commerce and require any corporation with revenue over $1 billion — only a few thousand companies, but a large share of overall employment and economic activity — to obtain a federal charter of corporate citizenship.”

“The charter tells company directors to consider the interests of all relevant stakeholders — shareholders, but also customers, employees, and the communities in which the company operates — when making decisions. That could concretely shift the outcome of some shareholder lawsuits but is aimed more broadly at shifting American business culture out of its current shareholders-first framework and back toward something more like the broad ethic of social responsibility that took hold during WWII and continued for several decades.”

See: Elizabeth Warren has a plan to save capitalism – Vox

On January 2, 2018, Elizabeth Warren for the Washington Post penned the following op-ed piece, “Elizabeth Warren says ‘government has been bought and paid for’ by big business. Political scientists say she’s got a point.”

“In announcing her 2020 exploratory committee, Sen. Elizabeth Warren of Massachusetts railed against corporate influence in policymaking.”

“Our government has been bought and paid for by a bunch of billionaires and giant corporations that think they get to dictate the rules that affect everyone,” she wrote in an email to supporters.” 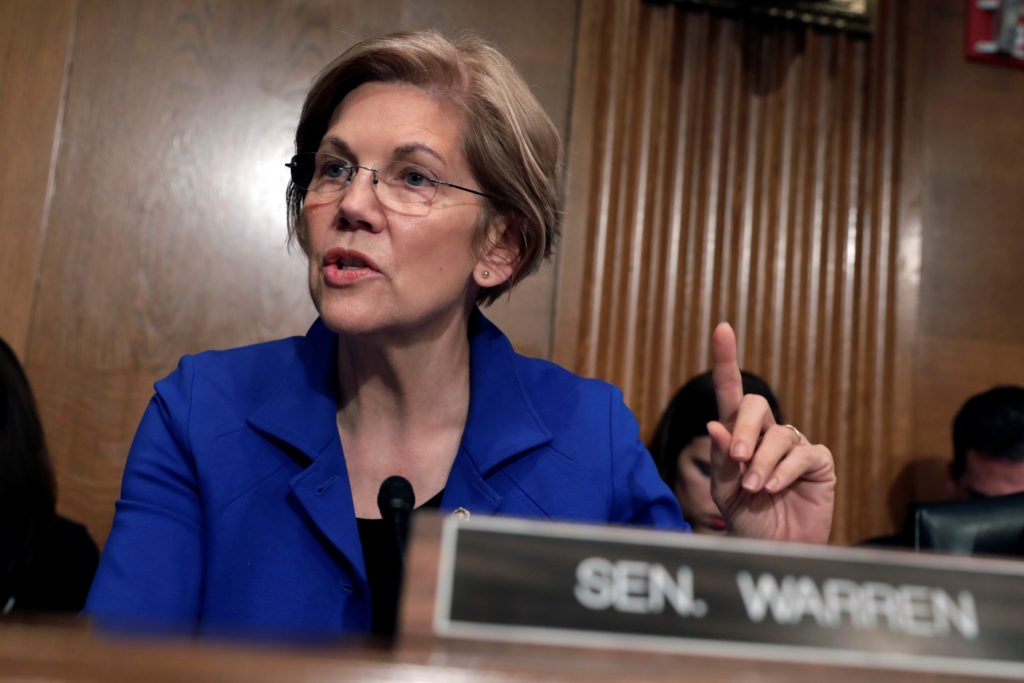 “Progressive lawmakers such as Warren (D) and Sen. Bernie Sanders (I-Vt.) have long been critical of the relationship between members of Congress and the business interests who lobby them. Last year, a study published in the American Political Science Review painted a stark picture of how corporations have skewed Congress’s perception of what the American public wants.”

“The study, by Alexander Hertel-Fernandez of Columbia University and Matto Mildenberger and Leah C. Stokes of the University of California at Santa Barbara, found that congressional staffers were terrible at estimating constituents’ support for various policies. On nearly every issue surveyed — from gun control to environmental regulation to Obamacare — staffers in both parties believed the public was more conservative than they actually are.”

“The reason? Congressional offices pay a lot of attention to what big business groups are saying — especially when those groups give them money.”

“Well over half of GOP staffers said that input from business groups was “very or extremely important” in shaping the policy advice they gave their bosses, the study found. Over a quarter of Democratic staffers said the same.”

“Staffer contact with these organizations may skew their perceptions of the public because the groups are more ideologically conservative than the public along the range of issues we study,” the researchers wrote.

Many staffers admitted changing their minds about a policy topic after speaking with a lobbying group that had given money to their boss’s campaign. “45% of staffers agreed they had developed a new perspective about a policy after speaking with a group that provided campaign contributions to their Member,” the authors write. “This result suggests that a potentially large share of senior Congressional staffers have had their thinking about policy shaped by interest groups that provided their Member campaign contributions.”

Congress passed an unpopular tax cut for corporations, for instance, while ignoring the public’s strong desire for an increase in taxes on the wealthy. It has dragged its feet on federal minimum wage increases. Lawmakers have worked to undermine unions, even as research increasingly suggests they’re a key to middle-class prosperity. The White House has been dismantling environmental regulations at a time when the public wants those regulations to be even stronger. Many Democrats in Congress are skittish about supporting Medicare-for-all at a time when 70 percent of Americans tell pollsters they want it.