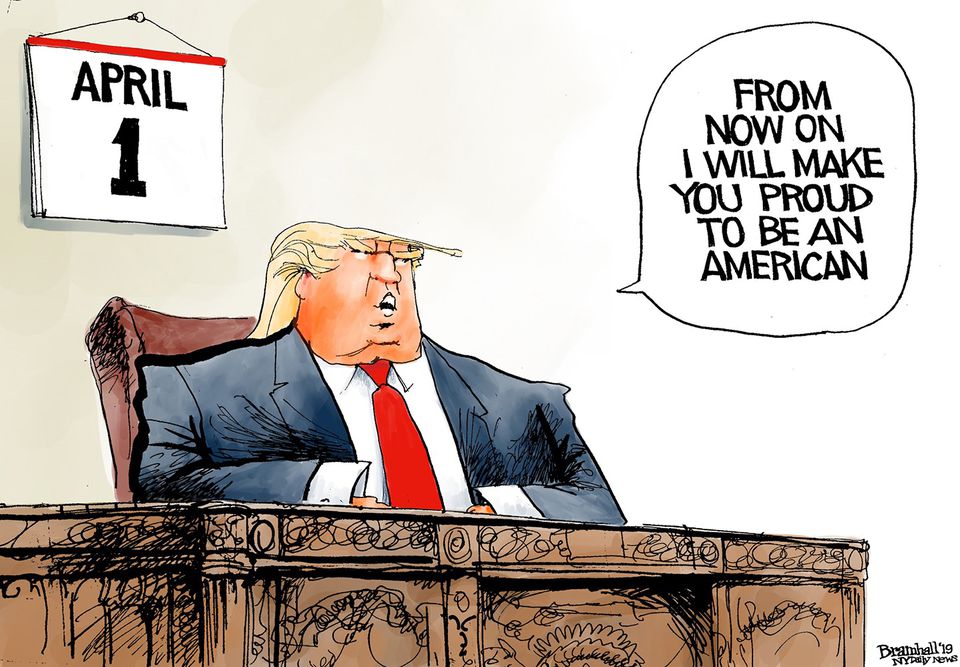 The GOP who’s who are working overtime to deflect from the FBI’s Special Counsel Robert Mueller III # 1 finding as detailed in his 400 plus page 3/22/2019 final report based on the FBI’s 22 month Trump-Russia probe and which is even reaffirmed in the US Department of Justice’s Attorney General William Barr’s 4 page 3/24/2019 summary, are failing miserably.

They both agree on the following:

This true even though Mr. Barr has done his best to whitewash of the probable negative content regarding the republican President Donald Tribe as detailed in the 400 page FBI’s report. Although, the establishment media jumped on the band wagon of initially buying into Mr. Barr’s summary without adequate reflection, they quickly self-corrected after the feedback they reaped was brutal. 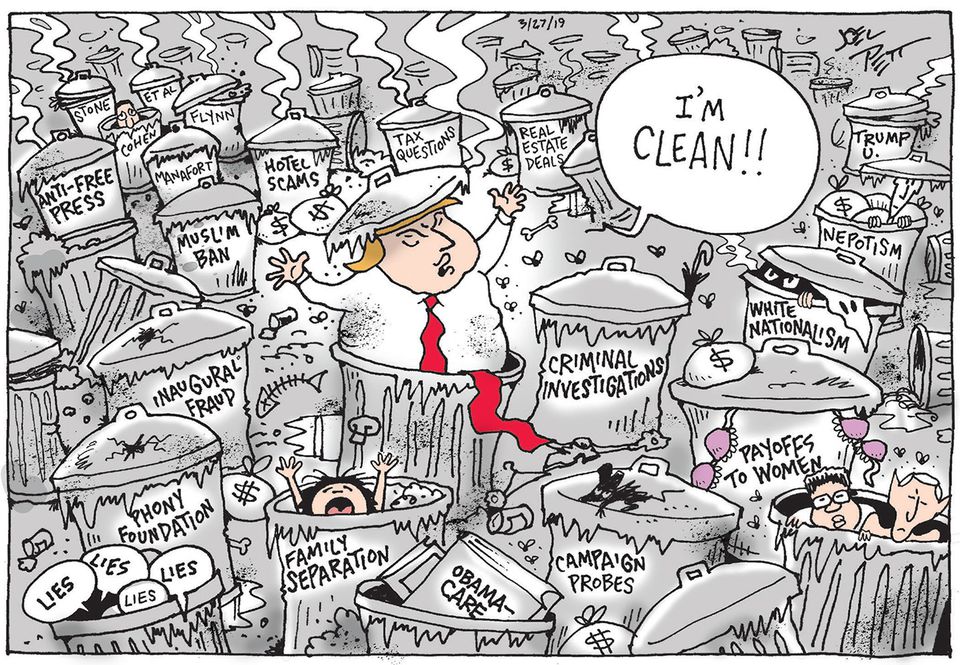 As per the below tweet, the most recent NBC poll shows that only 29% of the US population believes Mr. Barr’s cleverly worded summary which attempts to present the impression that the FBI cleared the president of any wrongdoing.

Hey Donald, it looks like getting Roy Cohn as your attorney general didn’t work after all. 29 percent? Hell, that means that even some of your most dedicated supporters are calling you a liar on Russia. 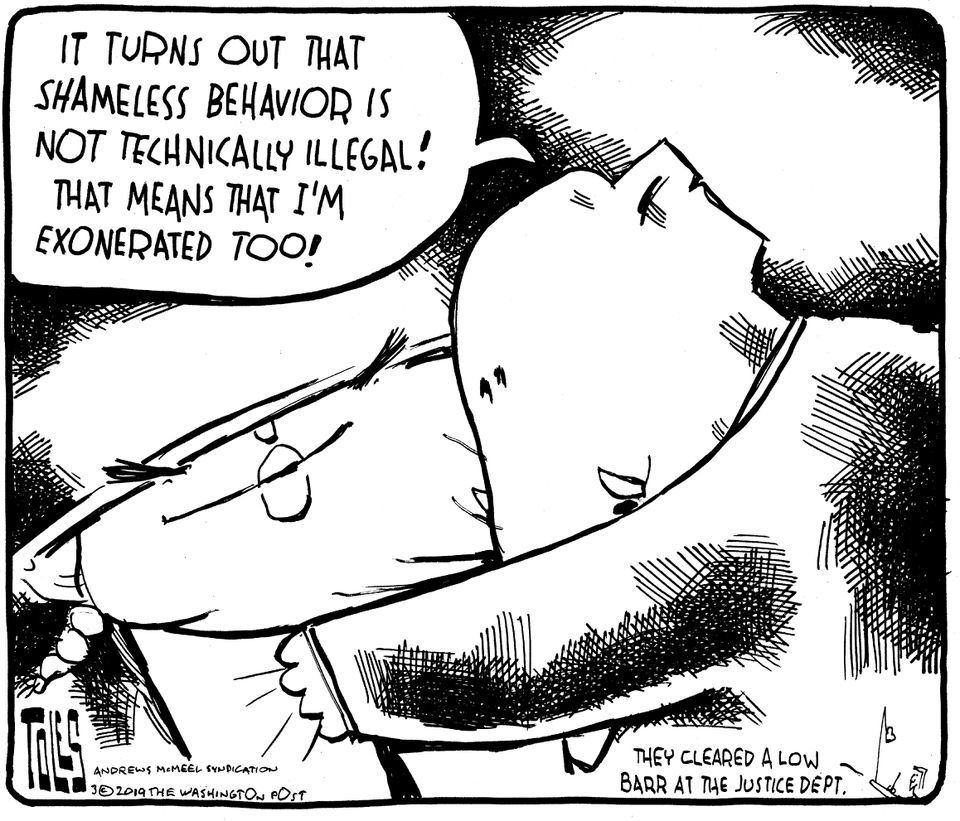 The fact that Russia did indeed attack our democracy via our US voting/ election systems in 2016 to effect the outcome, is true even though Mr. Barr claims in his summary that there’s insufficient evidence contained within Mr. Mueller’s report to sufficiently establish criminal activity to where the FBI could prevail in a court of law, where the required standard of proof is ‘beyond a reasonable doubt,’ on the part of the republican President Donald Trump and/ or his family members, for having directly (colluded) conspired with Russia to interfere in the US elections.

“The Special Counsel’s investigation determined that there were two main Russian efforts to influence the 2016 election. The first involved attempts by a Russian organization, the Internet Research Agency (IRA), to conduct disinformation and social media operations in the United States designed to sow social discord, eventually with the aim of interfering with the election.”

“The second element involved the Russian government’s efforts to conduct computer hacking operations designed to gather and disseminate information to influence the election. The Special Counsel found that Russian government actors successfully hacked into computers and obtained emails from persons affiliated with the Clinton campaign and Democratic Party organizations, and publicly disseminated those materials through various intermediaries, including WikiLeaks. Based on these activities, the Special Counsel brought criminal charges against a number of Russian military officers for conspiring to hack into computers in the United States for purposes of influencing the election.”

To date, this is the same fact basics that President Trump has refused to accept to the point that he disgraced himself at the 2018 Helsinki Trump-Russia Summit where he publicly announced that be had chosen to believe the Russia’s President Putin’s strong denials about Russia having nothing to do with the attack on the US elections’ infrastructure in 2016, over all the reports by US foreign policy US experts, asserting otherwise. 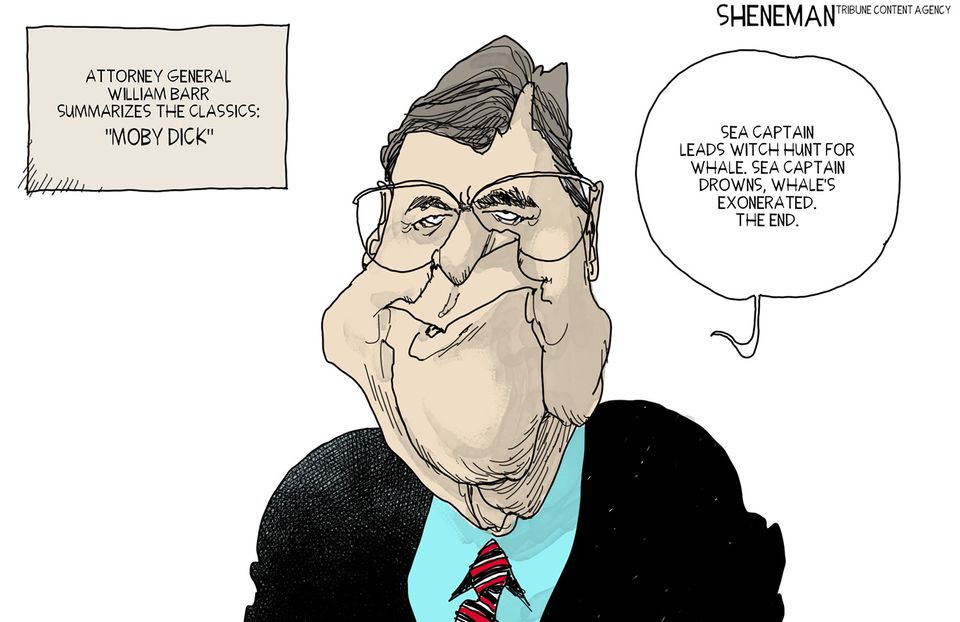 Why is the republican President Donald Trump so entrenched in not accepting the premise that Russia did indeed launch and conduct a major attack on the 2016 US presidential elections infrastructure with the intent to influence the outcome in favor of Mr. Trump becoming the 45th US president, despite overwhelming evidence, proving otherwise?

Here are the basic 101 answers…

It was because President Trump couldn’t afford to draw attention to the reality that there’s a reason Russia invested so heavily on executing their operational warfare on the US elections/ political infrastructure in 2016, in order to influence the election results in his favor.

It was because President Trump had been groomed for decades to be a Russian asset via all his financial entanglements with Russian sources. With this reality, it’s completely understandable that Russia would be extremely motivated to move heaven and earth to do whatever was possible to help catapult Donald J. Trump into the White House.

It is also true that President Trump was thrilled to be the recipient of Russia’s assistance.

Nothing detailed in the above scenario amounts to the level of chargeable criminal activity in a court of law, but it also depicts a man who should not be working in the White House. 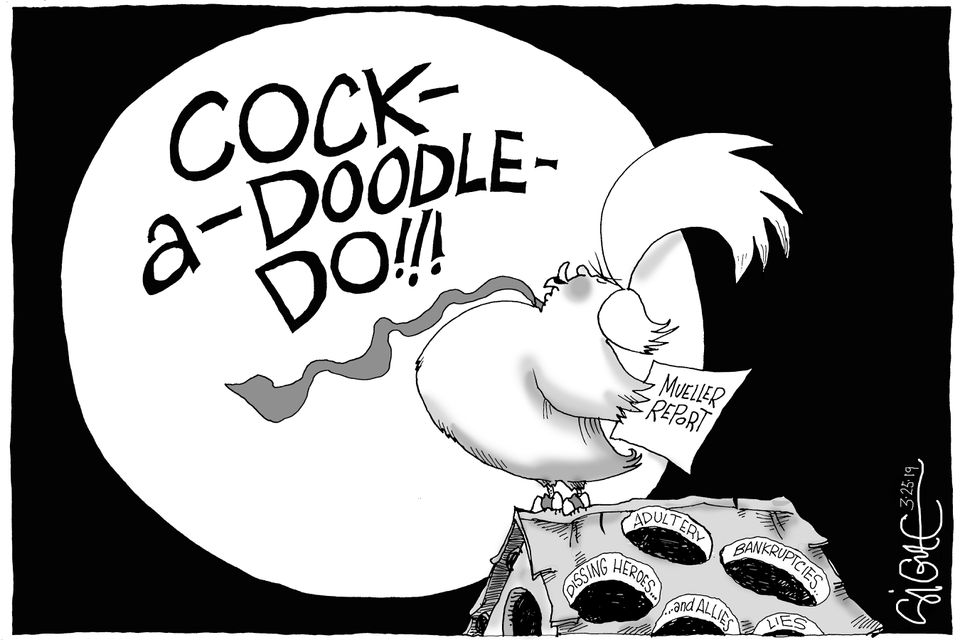 It would be extremely difficult to develop a probable successful case involving charges of conspiracy (collusion) without the FBI  having conducted a one-on-one interview with the president.

Conspiracy to Commit Fraud: A Crime of Intention

“Conspiracy to commit fraud is essentially a crime of intention, so prosecutors must prove that:”

“Because proving intent is such an important element to this offense, any evidence demonstrating that a defendant was not aware of a conspiracy and so could not have participated in it could prove crucial to the outcome of a case. Defendants can also avoid conviction by providing evidence that:”

Coming to an Agreement

“There doesn’t need to be direct evidence of an agreement for 2 people to be convicted of conspiracy to commit fraud. For instance, it is not necessary for prosecutors to provide proof of a written or oral agreement. Instead, it is only necessary to prove that the parties knew of the conspiracy, purposefully associated themselves with it, or agreed to cooperate in its objective. However, this also means that mere knowledge of a conspiracy’s existence or an association with individuals who were engaged in fraudulent activity is not enough to satisfy the definition of an agreement.”

But the following facts are still very problematic. The president was involved in a business Moscow project development until mid 2016 worth mega millions of dollars but he would have to overcome the obstacle of his being barred from obtaining financing from the Russian bank VEB because of existing US sanctions against it. President Trump would benefit, bigly, if these sanctions could be lifted.  This amounts to a serious conflict of interest. But none of this amounts to a provable criminal act.